A contender for Horror movie of the year, the shocking and extremely well executed “Belzebuth” is a rarity — religious horror done right. 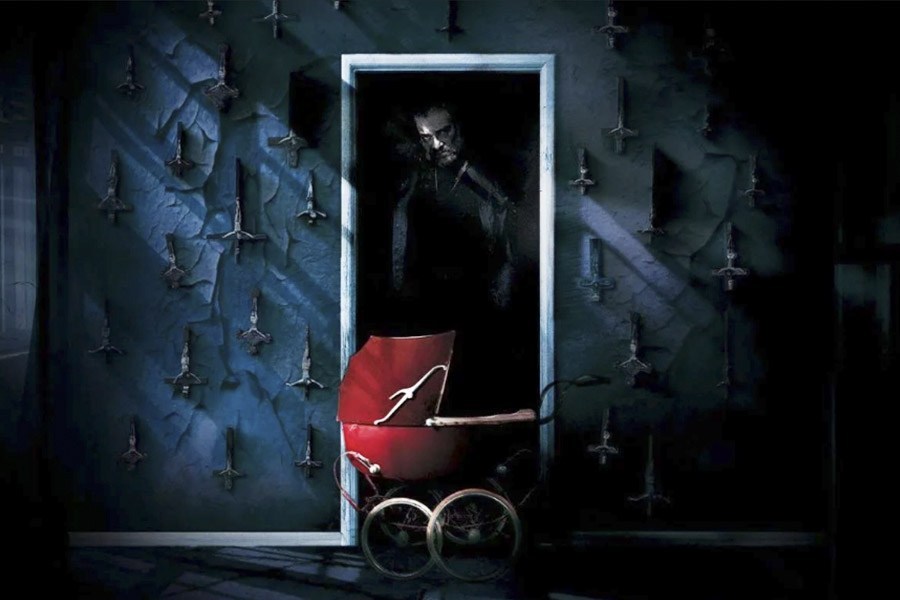 Religious horror movies are a tough thing to pull off, and the great ones are few and far between.

Certainly, there are tons of horror movies with exorcisms performed by authorities of the church. But movies like that are a different thing than a religious horror movie. Your standard demon possession movie may have a priest adorned with a rosary who may recite the Lord’s prayer. But a religious horror movie like The Rite or Stigmata will dive much deeper into the doctrine.

It takes a unique filmmaker to understand the theology deep enough to add his or her own spin. And it takes a unique film to truly raise the stakes — from a random demon terrorizing a midwestern family to Satan battling to take the souls of all mankind and destroy the world.

Fortunately, Cinepocalypse is showing such a film as part of its 2019 lineup with Belzebuth, staring Joaquin Cosio and Tobin Bell.

Now I’ve seen my fair share fucked up scenes in horror movies over the years. And I can say confidently that the first 7 minutes of Belzebuth are amongst the most fucked up I’ve ever seen.

The movie follows Mexican Federal Police Investigator Emmanuel Ritter (Cosio) as he investigates a public-school shooting. As his investigation continues, he begins linking the school shooting to a rash of child killings and infanticides that have escalated in their frequency over the past 5 years.

The film adheres to the classic war against the devil trope by focusing on the dynamic between ‘an old priest and a young priest’. However, in this case, the young priest (Franco) is the devout one on the trail of the supernatural. And the old priest (Ritter) is the cynical one, grounded in reality and angry at God. He believes the explanations for atrocities can be found in the evils of men and not Satan himself.

It’s an interesting spin, which is punctuated by the fact that Ritter speaks almost completely in Spanish and Franco speaks only English. This provides some great moments as the film takes place in Mexico, leaving Franco standing around looking puzzled as dialog whizzes by him.

It’s also a solid metaphor for the battle of reason and religion — two competing world views, with those on both sides speaking an entirely different language that the other doesn’t understand.

Clocking in at just under 2 hours in length, Belzebuth moves at a fast pace and is filler-free for its entirety.

The first act follows Ritter and Franco on the trail of Tobin Bell’s character as they move from one mass child massacre to the next. There are 4 of them, each just as horrific as the next. This is certainly not one for the squeamish.

The second act introduces Satan himself who has possessed a statue of a crucified Jesus in a very spooky and haunting scene that will change the way you look at the crucifix.  It also introduces Tobin Bell’s character, who will have you questioning if he is a tool of God or a pawn of Satan. Tobin Bell is fantastic and usually steals every scene he is in. But Joaquin Cosio’s performance is so powerful he gives him a run for his money.

(Fair warning, I’m about to reveal a plot point that some may consider a minor spoiler.)

The third act kicks it into high gear as we find out that the mass murders are caused by Satan, who possesses people in an effort to kill the resurrected messiah. It’s here we get  a fantastic exorcism that is extremely horrifying and treats exorcism in a way that I have never seen before.

Overall this is a fantastic film and, dare I say, the best horror movie of 2019.

Once this movie drops, people will be screaming about it and singing its praises — much like they did with Hereditary in 2018 and Get Out in 2017.

Belzebuth made its North American premiere at Cinepocalypse 2019.