Renaissance Fairs and Motorcycles at the Dryden: A Review of the Dryden Theatre’s Screening of George A. Romero’s Knightriders (1981) 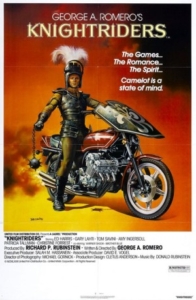 Recently in the wake of George A. Romero’s passing, I have had the privilege to attend a handful of screenings put on by The Dryden Theatre and The George Eastman Museum , a marvelous institution located in my hometown of Rochester, NY.

The third film in their series of tribute screenings to the creator of Night of the Living Dead (1968) (and other zombie classics) was not a zombie film, or a horror film for that matter, but still retained George A. Romero’s indelible touch. The film in question was Knightriders (1981), and boy was it fun! 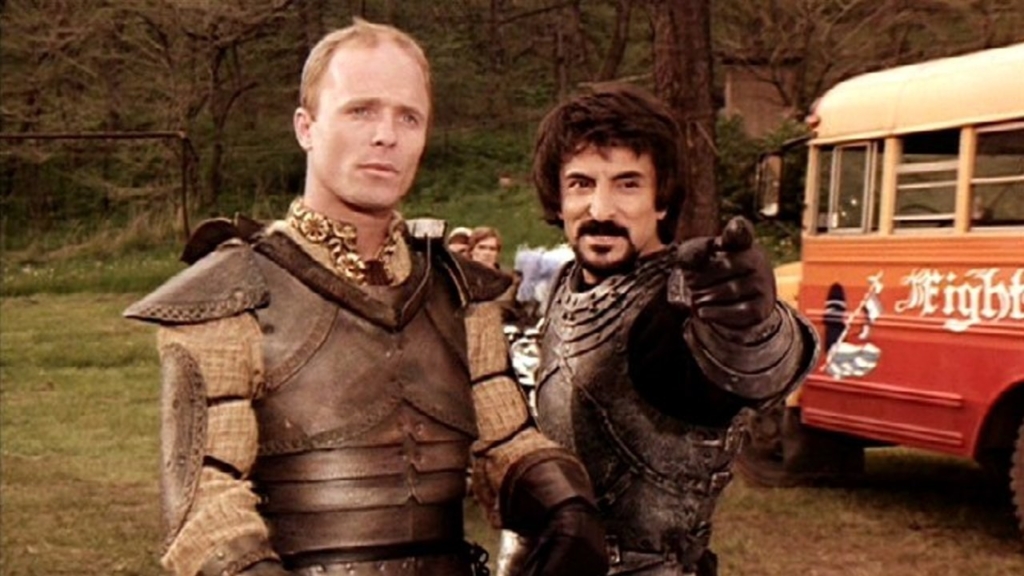 Growing up, I loved renaissance fairs and anything remotely medieval. What’s more, I also had a small but strong fascination with motorcycles. None of this is surprising considering that my dad’s younger sister (my aunt) and her family have, for many years now, performed in our local renaissance fair and belong to a motorcycle club.

‘Knightriders’ (1981), which George A. Romero not only directed but wrote, masterfully combines these three early interests of mine into an epic film. And I do mean epic. Motorcycles, jousting, love, lust, disillusionment, distrust and death, all this and more can be found doing mock battle in ‘Knightriders’, a Romero gem that rarely gets its due. 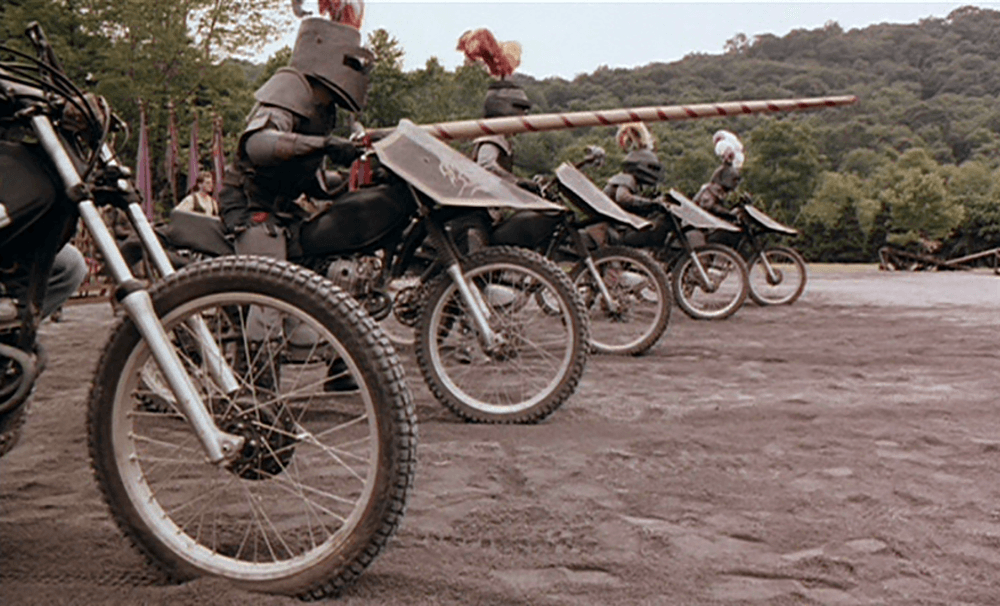 The film follows a troop of ren-fair re-enactors as they grapple with the ramifications of their act’s growing popularity, and ultimately the “real” world corrupting the “fantasy” world they live in. A world steeped in Arthurian lore, and lorded over by a ruler who seems to be on a path of self-destruction.

I really enjoyed this screening of Knightriders. The film’s print (which is apparently quite rare) only showed its age slightly and the intro given was, as is always the case with the Dryden theatre’s introductions, very informative. Most importantly, however, the audience, myself included, seemed to really love the film. 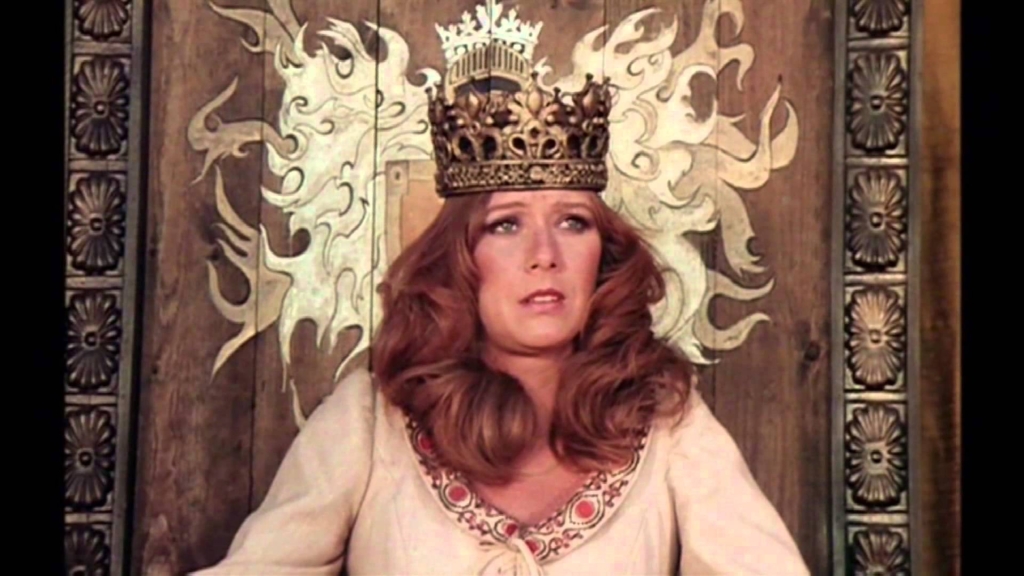 According to the man who gave the introduction, and who I once again had the pleasure of talking to following the screening, this film was the last film Romero had complete reign over. In all his films following Knightriders (1981), those in charge “reined him in”. And I can see why. While the film is certainly entertaining, some scenes, especially with the motorcycles, go a little too long. This is only a minor quibble though. Considering Romero wanted to make this film for some time, the artist’s own personal passion is bound to extend some scenes a little.

As always, if you’re ever in Rochester, NY please check out The Dryden Theatre and the great films they screen.