While we are dedicated to bringing you the absolute best in all things horror, some films transcend genre to inspire the Force in all of us. 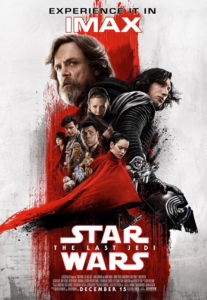 This year, one of the most influential film series in cinema history is celebrating its 40th anniversary. And what better way to celebrate that event by releasing the next chapter (or Episode as it were) of the STAR WARS saga, THE LAST JEDI.

Does the latest entry ascend to the heights of Cloud City like THE EMPIRE STRIKES BACK, or does it fall back into the Sarlaac Pit like THE PHANTOM MENACE? This review will be spoiler free, so don’t worry. None of the major moments will be ruined. 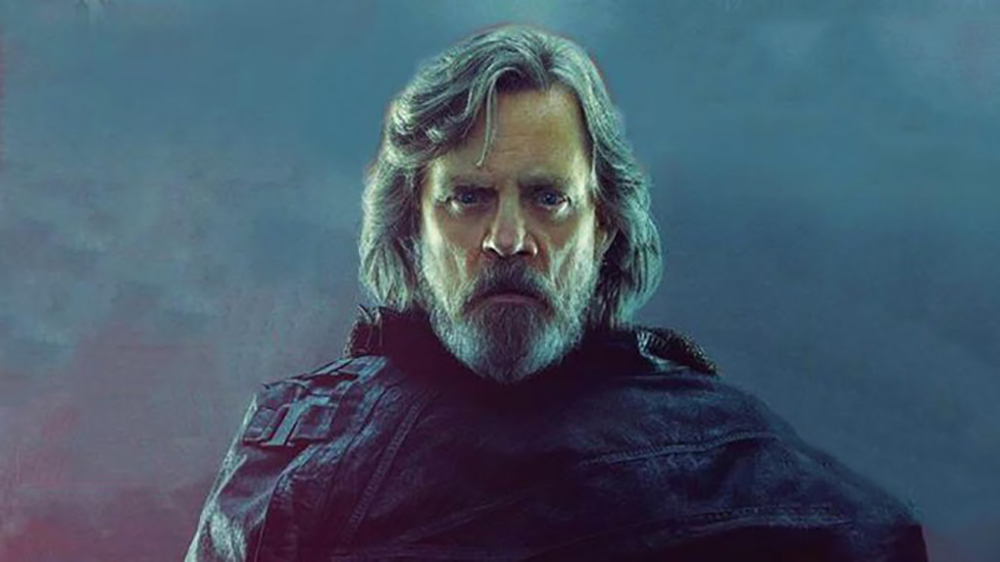 Picking up almost immediately where THE FORCE AWAKENS left off, THE LAST JEDI is the first in the saga not to have a significant time jump between films. This isn’t the first bold move that writer/director Rian Johnson makes with his movie. In fact, he makes a LOT of bold moves that will be discussed for years after the film has been dissected a million times.

I will not get into plot points in this review, as I feel that going in blind is the best way to see the film — and it will give you better viewing experience. Quite frankly, it’s almost impossible to discuss really anything about the movie without spoiling most of it, as some jaw dropping elements and surprises await fans. We’ve all seen the trailers and TV spots…including the DON’T LET ANYONE SPOIL THIS commercials. And were they ever right!

I will actually quote Luke Skywalker from the film and trailer when he says, “This isn’t going to go the way you think.”

That is probably the truest statement one can make about this movie. Everything you think you know about STAR WARS is taken to the next level. The genius behind the marketing of the film is that they have pulled the ultimate Jedi Mind Trick, where you are convinced you have everything figured out prior to seeing the movie. But really, you have no clue what you’re in store for you.

I loved this film! Point blank…absolutely loved it! THE LAST JEDI is neck and neck with EMPIRE, as it takes some daring risks to further the story. 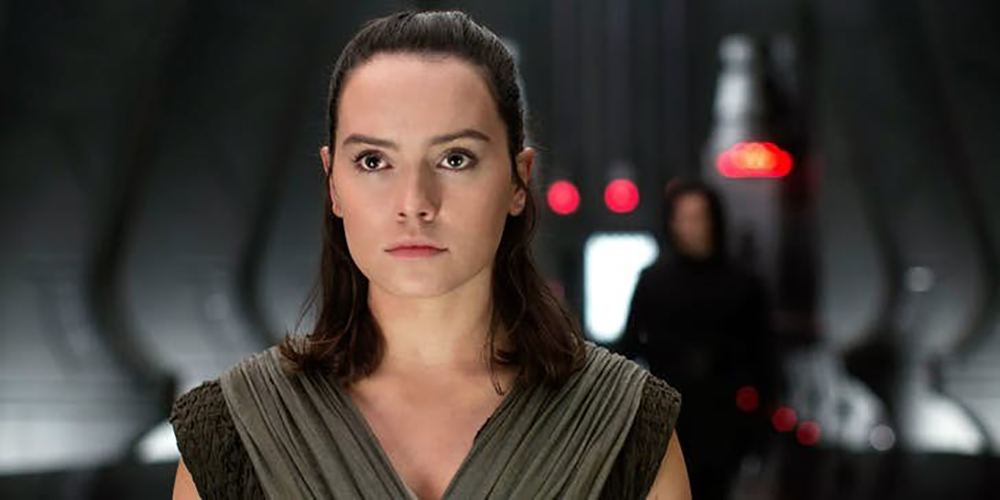 The performances are top notch, and the entire cast is firing on all cylinders — none more so than Mark Hamill. This is a different version of Luke that we’re accustomed to seeing. He’s older, bitter and a bit of a curmudgeon. His interactions with Rey (played wonderfully by Daisy Ridley) bring out some of the greatest revelations in the film, again some you are not expecting.

I might be in the minority here, but I am a huge fan of Kylo Ren, and all the credit goes to Adam Driver’s performance. He has crafted a villain worthy of being on par with Darth Vader. I need to mention that Kelly Marie Tran is absolutely cute as a button as the new character Rose. She crosses paths with Finn (John Boyega delivering another solid performance), and it sets up a subplot that thrusts her into bigger picture. 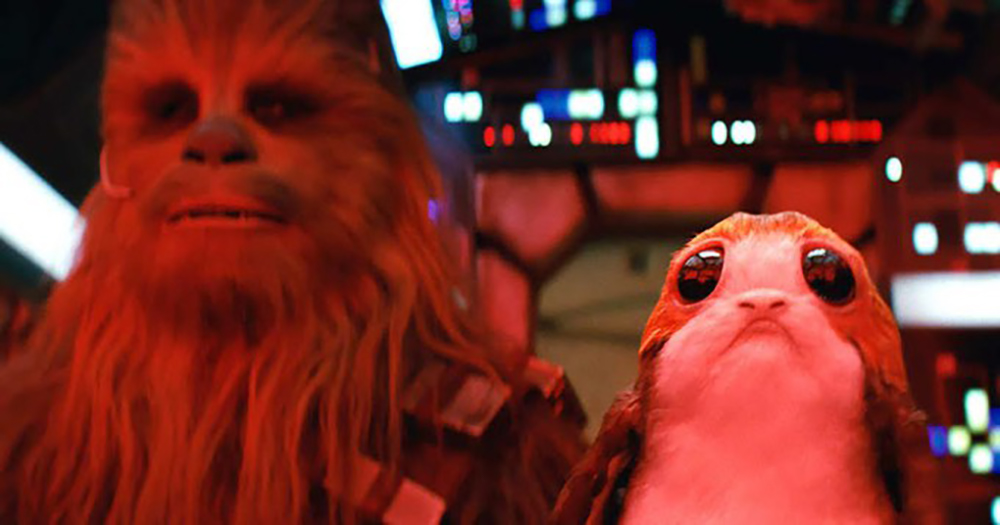 Porgs are thankfully NOT the new Ewoks or Jar Jar Binks. They are cute little creatures that have a few interactions with a certain Wookie. Of course, this is also the last time we get to see our beloved Princess on screen. Carrie Fisher once again makes Leia the fearless and strong role model for young women everywhere. It’s almost bittersweet that her career started with A NEW HOPE, and she leaves us with one last memory of the iconic character.

THE LAST JEDI will make you laugh (it’s really funny, but it’s not a comedy), it’ll make you cheer (more times than you can count, including one scene that had everyone at my screening going nuts), it’ll make your jaw drop (you aren’t seeing half of this coming trust me), and it’ll make you cry (for no reason more than this is the last time we will ever see Carrie Fisher). It will take you to your limit and then bring you back again. 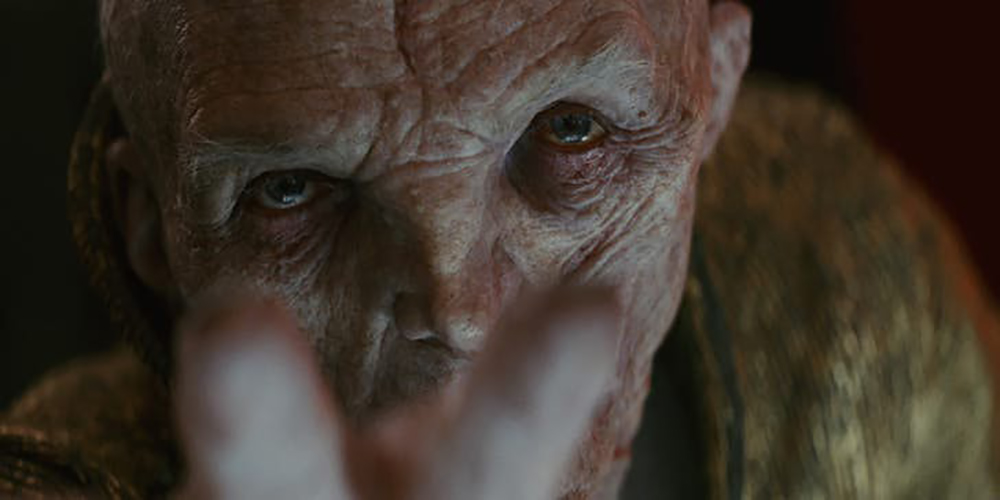 Rian Johnson has crafted a modern masterpiece that  reassures us Disney truly does know what it’s doing with the saga. It seems to be in great hands at the Mouse House. This latest entry has raised the bar — and also raised the stakes for JJ Abram’s EPISODE IX that is coming Christmas 2019. Make sure you go with a group of friends, as everyone will have a different opinion on the film.

I plan on seeing this a few more times just so I can catch what I missed on the first viewing.