I recently had the chance to speak with actress and SFX artist Chloe Hendrickson.  Later this year, she and her husband, filmmaker Phillip G. Carroll Jr., will be shooting an indie feature film called THE HONEYMOON PHASE, which Chloe will also star in.

The film, written and directed by Phillip, is a psychological thriller following struggling young lovers, Tom and Eve, who must endure a 30-day scientific study. The couple are promised a large sum of money following the conclusion of their ‘experiment’, which involves spending a month alone together in research facility housing. What could go wrong?

Chloe and Phillip will also document the behind-the-scenes of THE HONEYMOON PHASE, from scripting all the way through to the premiere. Their intent is to give movie lovers a first-hand look at what it is like to make an independent feature film.

Chloe Hendrickson in The Honeymoon Phase

Phillip G. Carroll Jr. is an emerging independent filmmaker from the suburbs of Philadelphia, Pennsylvania and the founder of PGC Studios, LLC. At the young age of 10, Phillip began to notice the power of stories when he and his brother John first picked up their father’s video camera. He studied Film & Media Arts at Temple University where his film, Words of Atonement, won Best Undergraduate Film his freshmen year. Phillip strives to tell meaningful stories that capture the truth of the human condition, challenge society’s views and beliefs, and most importantly are a joy to watch.

Chloe Hendrickson is a U.K. trained actress and a CEO at PGC Studios. She runs the Casting Department and manages PGC Studios’ social media. She has been featured in multiple award-winning films both domestic and abroad; including A Slice of Life, a short film that ranked in the top 200 for Season 4 of Project Greenlight. Horror is her passion, and she recently spearheaded the creation of Fear Crypt Productions which is now officially the horror wing of PGC Studios. She’s also a talented SFX artists, and you can check out some of her amazing and gory creations here. 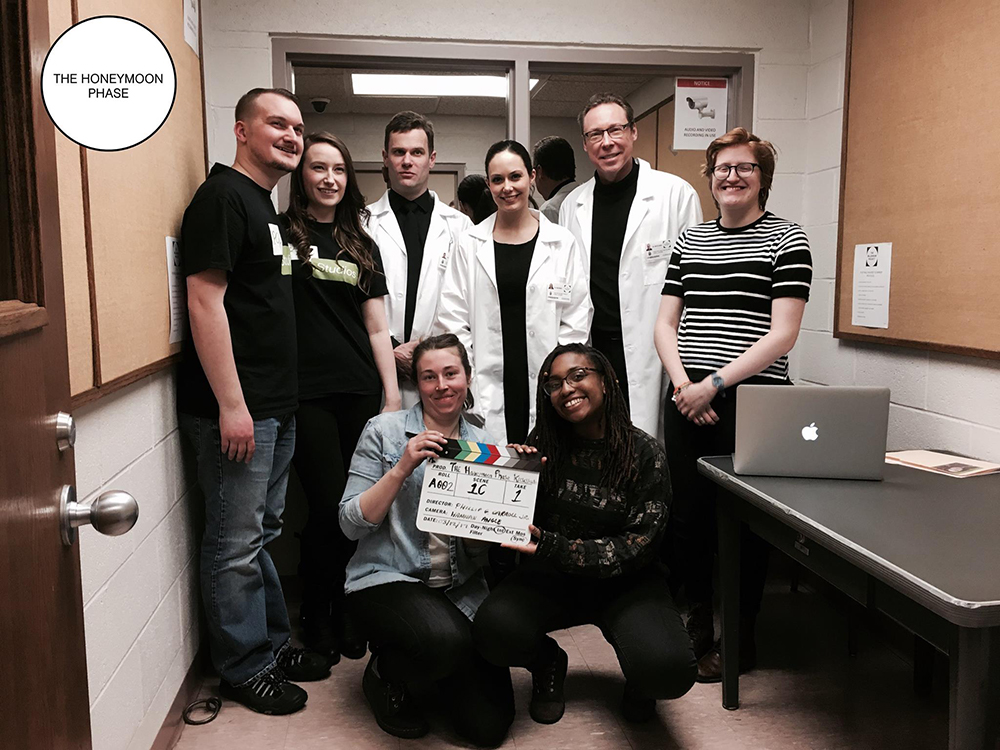 The cast and crew behind The Honeymoon Phase

The couple recently announced the project via social media and launched the film’s official website. I’m told there will be a crowdfunding campaign for THE HONEYMOON PHASE in April or May to help raise production funds for the film, and we’ll definitely be sharing more information about that campaign when it becomes available.

In the meantime, be sure to follow the project on social media for the latest news, updates, and behind-the-scenes photos.