“Alligator” is a detective story packaged as a monster film; the cast is pleasing, and the Gator is impressive, even with tacky sets. A Detective investigates severed limbs turning up in sewer drains, only to discover the killer is reptilian and mutated thanks to a diet of test lab animal carcasses. Let’s dig into 1980’s “Alligator”, directed by Lewis Teague!

The acting is suspect at times and the story tends to fall off its chair, but Alligator is a more than serviceable monster flick.

Written by the same scribe as Piranha and The Howling (John Sayles), Alligator adheres to the belief that the Monster is best kept in the shadows for the first half of the film. But once they unleash the beast, they utilize obvious small sets and a cheesy gator head attached to the dolly to create the visage of a giant gator.

The film is ridiculous at times – sending a SWAT team into a sewer after the creature – and clumsy at others, but you’re not coming here for allegory and life lessons.

The animatronic (nicknamed Ramon on set) is impressively massive and was reportedly donated to the University of Florida as a sideshow for their sporting events. 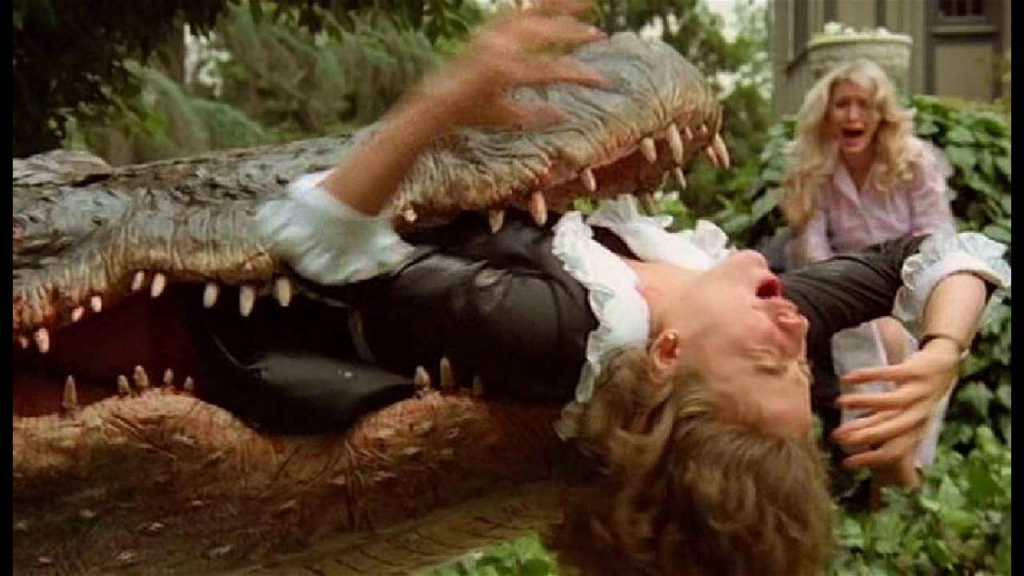 Another tidbit of trivia: Brian Cranston (he of Walter White and Malcolm in the Middle fame) worked as a PA on this film and shared his condolences for Robert Forster’s passing, with mention of this film.

Being a huge Arnold fan, I can’t let a great one-liner slide without mention, and Forster’s line when they keep finding body parts tickles my Schwarzenegger – “You know if this keeps up, I’m going to open up a spare part shop.”

It’s worth the trouble to hunt down this fun beast.

Robert Forster (David) was one of those character actors that always stole the screen in films like Jackie Brown and the Breaking Bad film: El Camino.

A great and tense scene, but the kids dressed like pirates who make their younger brother “walk the plank” and meet his doom at the jaws of the Gator serves nothing but bloodshed. 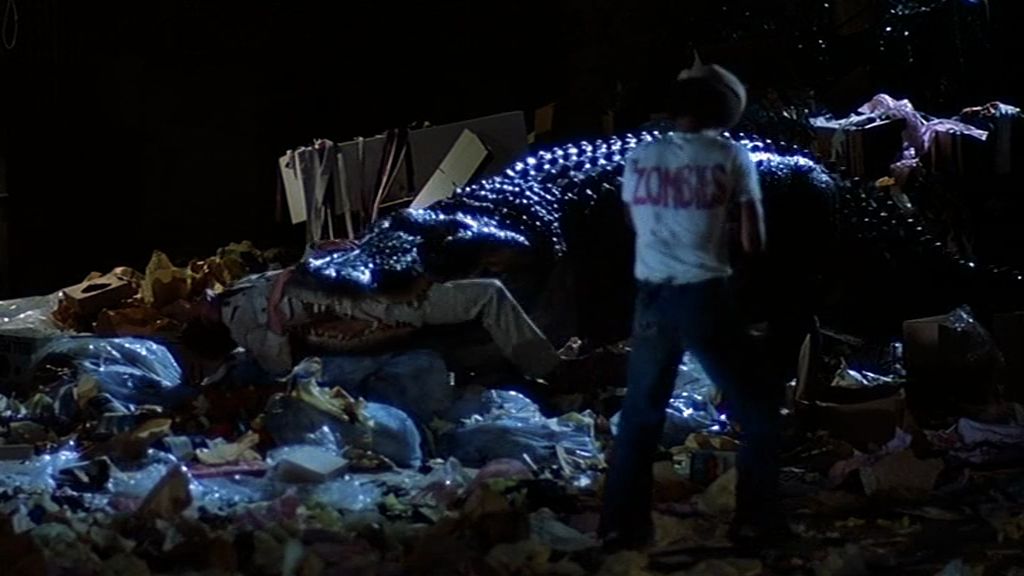 The late Robert Forster (David) aged gracefully and kept his hard edge throughout his career. Even with his self-deprecating humor about his balding, he’s handsome and commanding in this performance.

Robin Riker’s (Marisa) beauty should be noted and her chemistry with Forster was palpable.

A Gator in the sewer is an ancient urban myth at this point that can strike a relation to just about Anytown, U.S.A.

Legend has it just two towns over from me an Alligator stalked the canal… in the northeastern states.

The monster stepping out of its natural habitat and into your backyard is tailor-made for easy scares and the type of thing that keeps people out of the water (Jaws).

Released in 1991, Alligator II: The Mutation reused footage from its predecessor and didn’t do much to reinvent the wheel.

Alligator is a hard film to track down, and as far as I know, has not had a proper Blu-ray release. Bootleg and MOD DVD releases seem to be the only hard copy option that’s affordable, though if you search the right massive video-sharing website, you may be able to find it!

<a title="Share on Google Plus" href="http