This formulaic 80s slasher film has enough intriguing elements to entertain, but it will not satiate a horror fiend’s bloodlust.

A Bride-to-be killer moves to a new city to continue his slayings and is hunted by a Detective hellbent on stopping him from ruining another nuptial. Let’s dig into 1980’s “He Knows You’re Alone”, directed by Armand Mastroianni!

The opening for this film may feel familiar.

In what could be slasher film stock footage at this point, you have a parked car with fogged up windows and a young couple necking in the back seat. Their innocence and isolation making them the perfect mark for the stalking killer. Just when you think the blood is about to spill and slam to the title card, we transition to reality; it’s all a movie. Though this may not be the first time this meta scenario played out on screen, it’s the first I could find within horror. It was not the last. The opening for Wes Craven’s Scream 2 is almost beat for beat.

So, it goes the victim from the open was set to be married in a week. One of the Detectives has a personal stake in the narrative as we flashback to his own wedding. His wife was killed on their wedding day by a scorned ex-lover. Could this be the same killer? We’ve got a Bride-to-be slayer on our hands!

The structure forward is cogent. 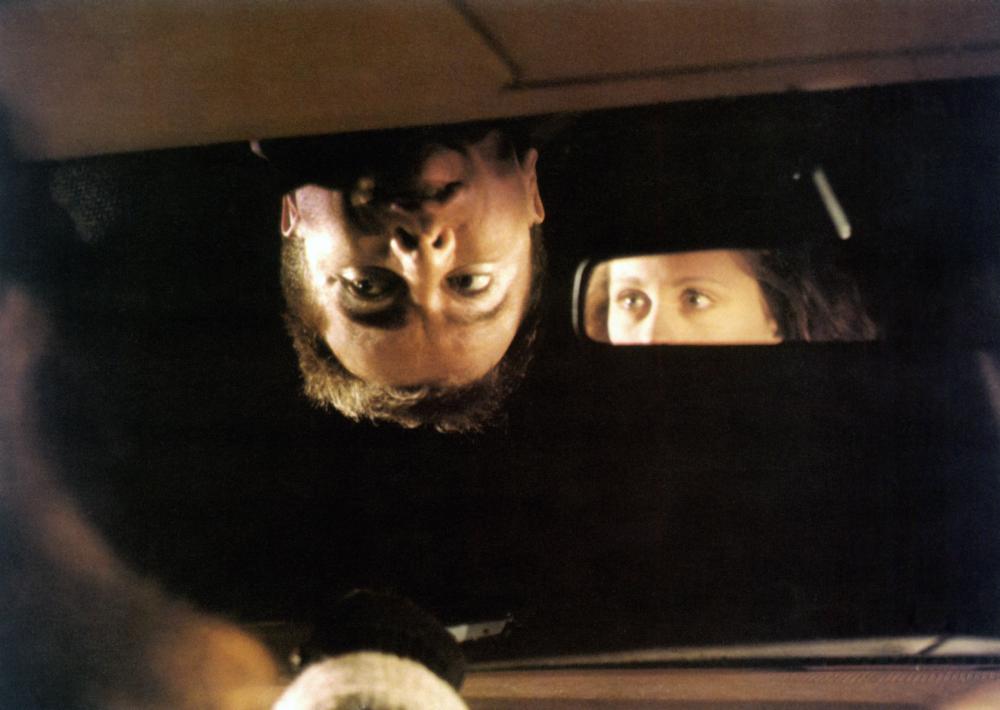 Centering on a wedding we know we’ll never reach unscathed. The killer makes a move from Long Island to Staten Island and comes across a new bridal party to torment. Where the story suffers is its characters. There are too many throw away pieces. The men are introduced, only to whisk away to the bachelor party and never matter somatically again. You can only assume the lurking killer has exemplary hearing, or reads minds, because there is little other sense to his choosing his next victims. How he knew there was the threat of infidelity is not clear.

Another fault with the characters is investment. Jumping right into vapid locker room talk puts our buy in at a deficit, and it takes a heightened level of endearment to dig out of that hole. Our protagonist and Bride-to-be, Amy, doesn’t do enough to win us over.

There were many films that tried to mimic the success and Halloween 78’ by using clear moves. This film is no exception. Set ups looked eerily similar. Specifically, Amy walking down the street which could sync up evenly with Laurie walking to school. Even the opening theme sounds like a down tuned version of Carpenter’s iconic score. Fun fact: the theme from this film was used in a Hip-Hop song in 1999, by Project Pat.

Derivative and mediocre seemed to do the trick though, as it’s not a bad film after forty years of gestation.

Some nice trivia tidbits for a below the radar film. Tom Hanks’ first feature film. The end was shot at the abandoned Seaview Children’s Hospital which is in Willowbrook, made famous almost a decade earlier by a revealing report by Geraldo Rivera. Lastly, keep an eye out about an hour and seven minutes in when Amy is on the haunted house ride. Don Post’s skeleton mask from Halloween III makes a creepy cameo. 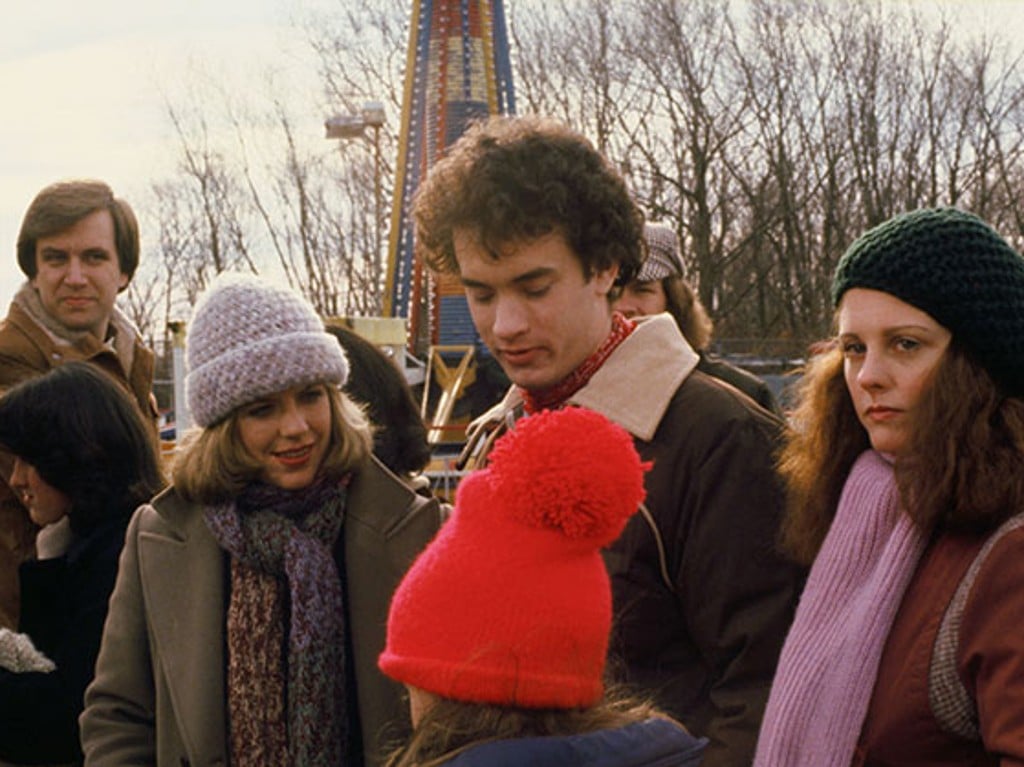 Tom Hanks’ first film was a good indicator of his scene stealing ability. Even in a bit part, he becomes the star at the center of the galaxy that everyone gathers around to watch shine. There is a fragmentary feel to his role, but that can be blamed on his charm; the filmmakers aborted his character’s planned demise after becoming so smitten with him. An inchoate strategy which could have become a home run if they beefed up his screen time.

Nancy, played by Elizabeth Kemp, has a shower scene that does not service the story or tension. Its sole purpose is nudity.

Marvin does his best to disparage Phil in his attempt to win Amy back. Revealing a cognizance of the fallacious morals such a statement implies, as he lists Phil’s faults, his denigrating speech is cut off as he states “…he’s a closet…”. We all know he wasn’t using a wardrobe as a pejorative term. There was a word that followed in the empty air. Not completing the line lights the bullshit excuse of “It’s of the time” on fire. They knew. Everybody knows. 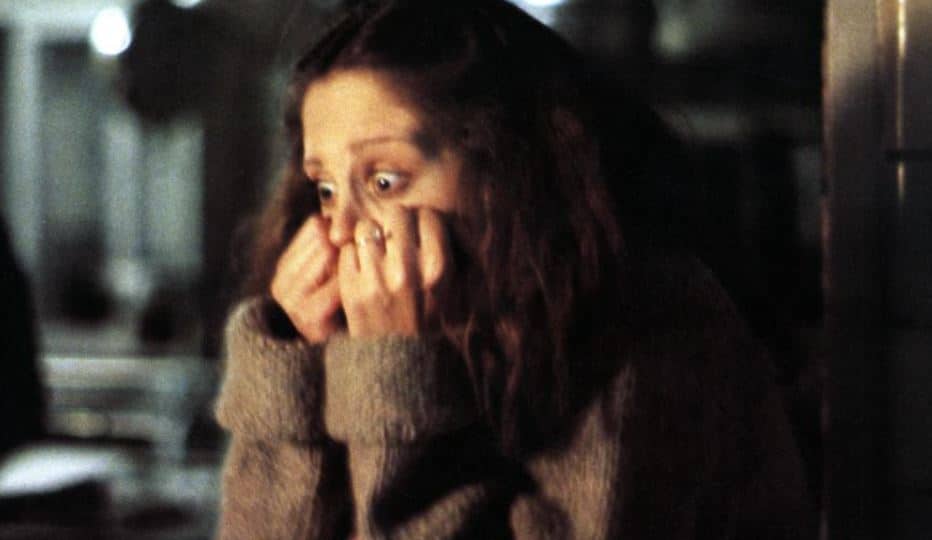 Patsy Pease, who plays the fiery maned Joyce, holds an adulteress relationship with her professor – played by a dark-haired James Rebhorn – which ends up bringing on her demise. She has the free spirit of a college student exploring their sexuality without shame. It empowers her perception.

There is nothing unique enough to warrant a duplicated effort. It follows a structure and formula that has made many low budget slashers successful.

Unless you consider the opening of Scream 2 to be birthed of inspiration from He Knows You’re Alone, there is no other progeny to report.

Shout Factory will be releasing a Blu-ray on May 18th, 2021 — or you can rent to stream on Apple, Amazon Prime, and Google Play.