“American Gothic” is exactly the type of hidden gem this column was built for. World class acting meets freaks and gore. Join the family. 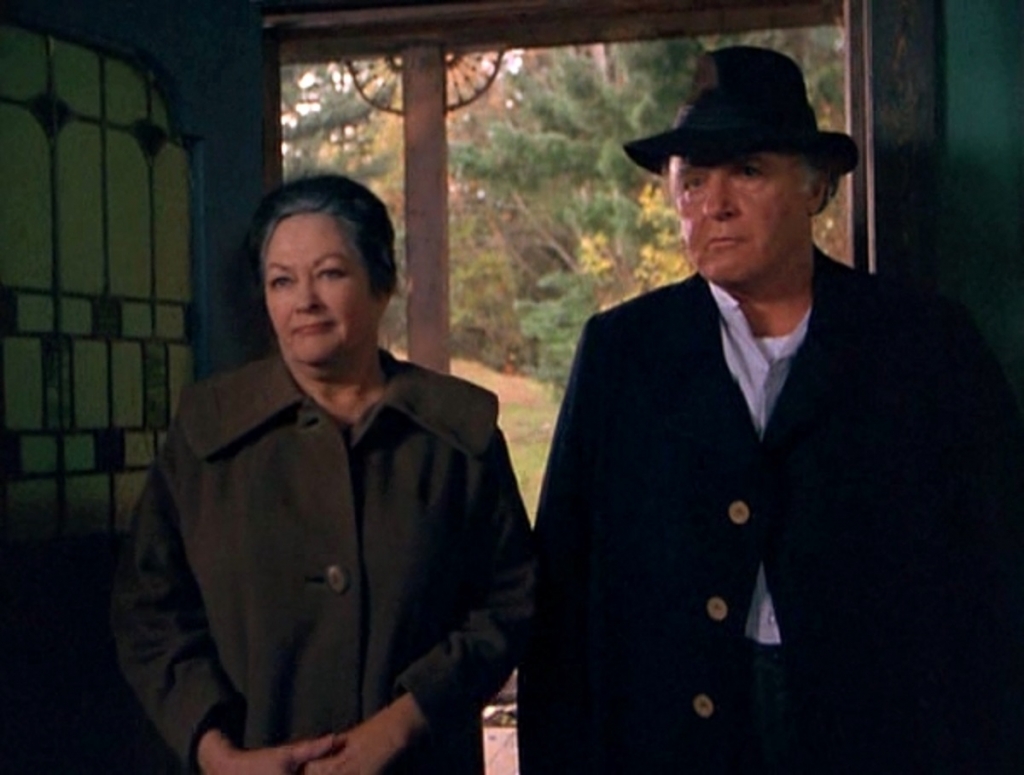 A plane malfunction leaves a group of friends stranded on a mysterious island in the pacific northwest. While they try to repair their plane, they discover they’re not alone; the island is occupied by an eccentric family who would just kill for some new blood to join them for dinner. Let’s dig into 1987’s American Gothic, directed by John Hough.

An easy aspect to overlook, the film is artistically shot. From the high production value opening flight to quirky low angle shots while the characters walk through the woods of the Pacific Northwest (shot in Vancouver), there is a high level of technical expertise at work here.

A family locked in time and values, Yvonne De Carlo and Rod Steiger, as Ma and Pa respectively, play host to the stranded vacationers. Their puritanical beliefs and idiosyncratic children are primed for a clash with the progressive city folk.

The story itself may not be the most unique, but what is unique are the performances. Cynthia, played by Sarah Torgov, who looks eerily like Amy Adams, handles both grief and mania with command. The aberrant trio of Fanny, Woody, and Teddy (played by Janet Wright, Michael J. Pollard, and William Hootkins) achieve a harmonious, unsettling act as child-like adults. Fanny steals the show, as Wright commits fully to the role. 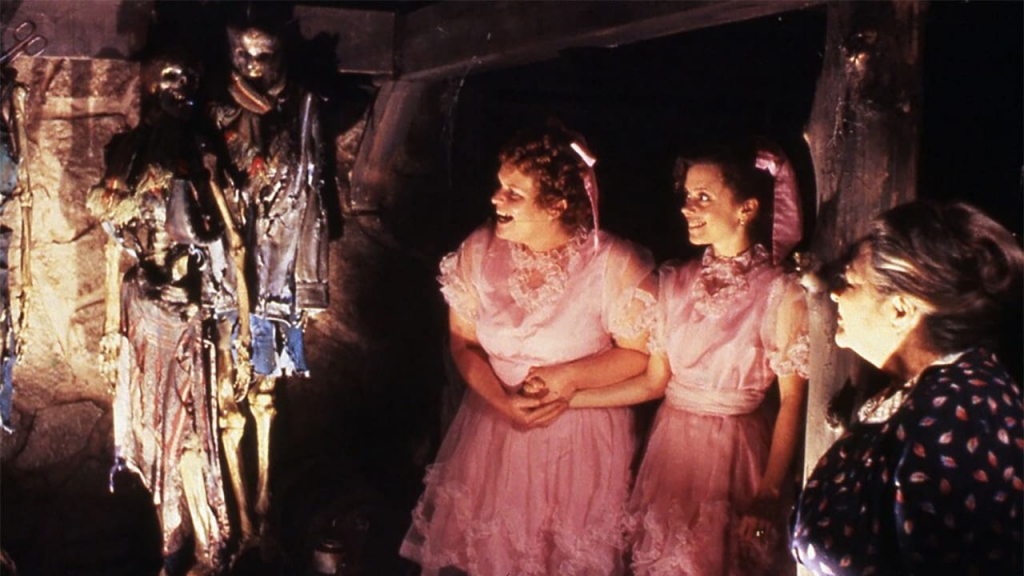 The vacationers, the Women at least, are archetypal enough for a clear demarcation. The Men serve a small enough purpose that one of them was even left behind with the plane, with no need to see him alive again.

It’s the performances of the “kids” and Cynthia that drive this home as one of the most underappreciated films of this era. Cynthia’s grief over losing her child and the overlooked aspect of Ma and Pa raising three special needs children in isolation bestows a bona fide heart on a film that was universally derided when it was released straight to VHS.

I don’t recall exactly how I came across this film as a kid, but I do remember watching it repeatedly, and loving it. It’s through those eyes that I still hold the film as dear as Fanny holds her mummified Baby.

This film is rich with familiar faces. The most obvious is Yvonne De Carlo, known eternally for her beloved role as Lily Munster.

Rod Steiger has had many legendary roles — ranging from W.C. Fields (W.C. Fields and Me 1976) to Napoleon Bonaparte (Waterloo 1970). He gives a valiant effort in a film that mainstream critics would probably consider beneath his pedigree. He’s full tilt, and it’s fantastic.

Michael J. Pollard has graced films such as Tango & Cash (1989), and he had a very memorable bit part as Stucky in Rob Zombie’s House of 1000 Corpses (2003). His performance in American Gothic should not be sold short. He seemed to enjoy his character’s deranged whimsy.

You may also recognize brother Teddy, played by William Hootkins, as Porkins or Red #6 from Star Wars (1977).

Unfortunately, all have since passed. 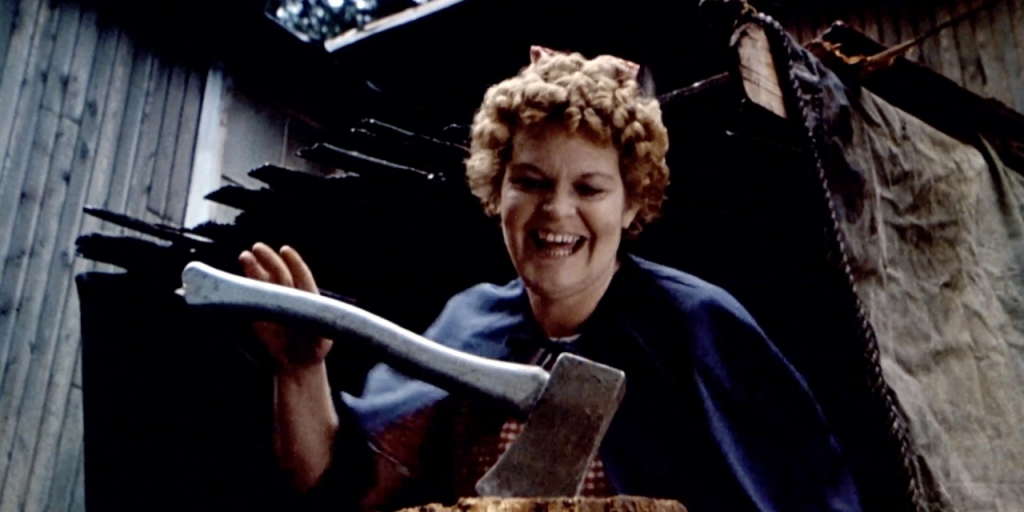 Just when you think the inevitable is going to happen — when Teddy rips off Terri’s shirt after snapping her neck — we cut away, in an admirable display of restraint. Horrible things exist, and acknowledging them is not always a bad thing. But not subjecting the actors to simulate a graphic rape scene, when just the implication serves the same purpose, is a classy move in a genre not normally known for such classy moves.

Google “Young Yvonne De Carlo” and you’ll understand why no one else could have possibly been singled out for heartthrob recognition. She is a forever horror crush, no matter the role or the project.

It’s hard to imagine being able to duplicate, let alone top, some of the character performances in this film. So it would really take a special type of filmmaker to make a remake work. However, in the right hands, this could definitely be interesting subject matter to reimagine for modern audiences.

The title has been used ad nauseam, though the content has always been unique. Apparently a remake of sorts was attempted in 2017. But I don’t care to explore that one personally, as this is hallowed ground for me.

American Gothic is available on Blu-Ray through Shout Factory. If you’re not ready to commit to the purchase, watch the film for free first on YouTube.