Heavy, horrorful implications and sequences are somewhat diminished by a low-budget production and acting but presage real-life massacres. 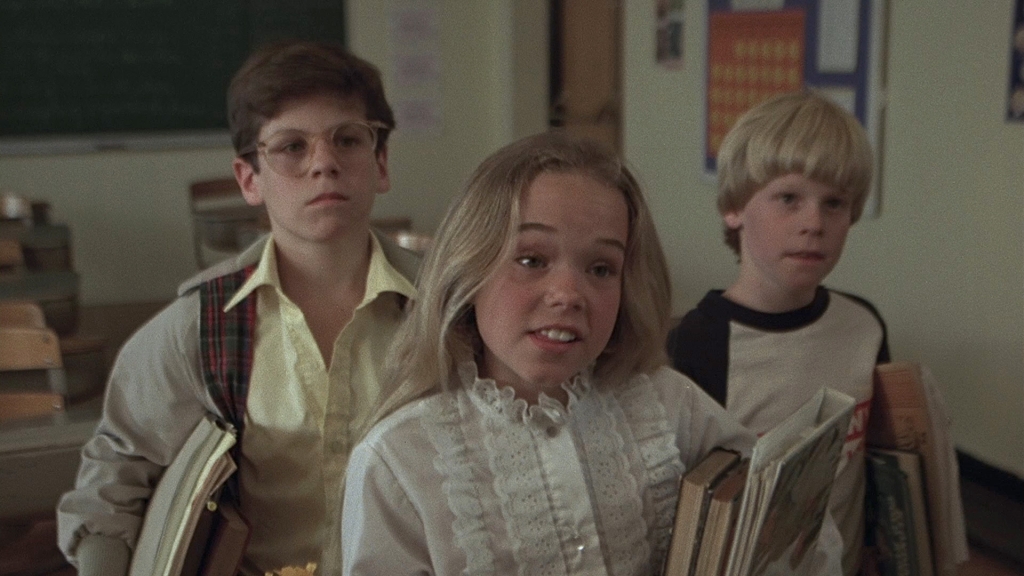 Three children born during an eclipse grow up to be sociopathic murderers by their tenth birthday. Let’s dig into 1981’s “Bloody Birthday”, directed by Ed Hunt!

There is a huge inherent problem when you create a slasher flick where three ten-year-old kids are the murderers; inevitably you have to try to kill them to stop them. You could subdue them (which they do here) but it’s extremely limiting — because, after all, no one wants to kill a kid even on-screen (you would hope). I’ve opened a door without knowing what was behind it.

Cutting the fat away, the zodiac angle is just stupid. These three kids are born during an eclipse (there were probably hundreds of thousands of other kids born that night also, that didn’t murder anyone) that blocked Saturn, which apparently controls your emotions. Since their entry into the world was devoid of a direct line to Saturn, they’re now prone to kill.

Bullshit set up out of the way, on to the heavy stuff.

You have three ten years olds (Debbie is more of a puppet master until she kills her Sister) walking around shooting and strangling people, including classmates and teachers who gave them too much homework. I have no interest in pulling up the history and statistics of this happening in the real world. I was in my high school years during Columbine. We all know the realistic implications of the material. Obviously, this type of story would have no chance of being greenlit today unless it was buried beneath enough allegory and metaphor to choke a horse. 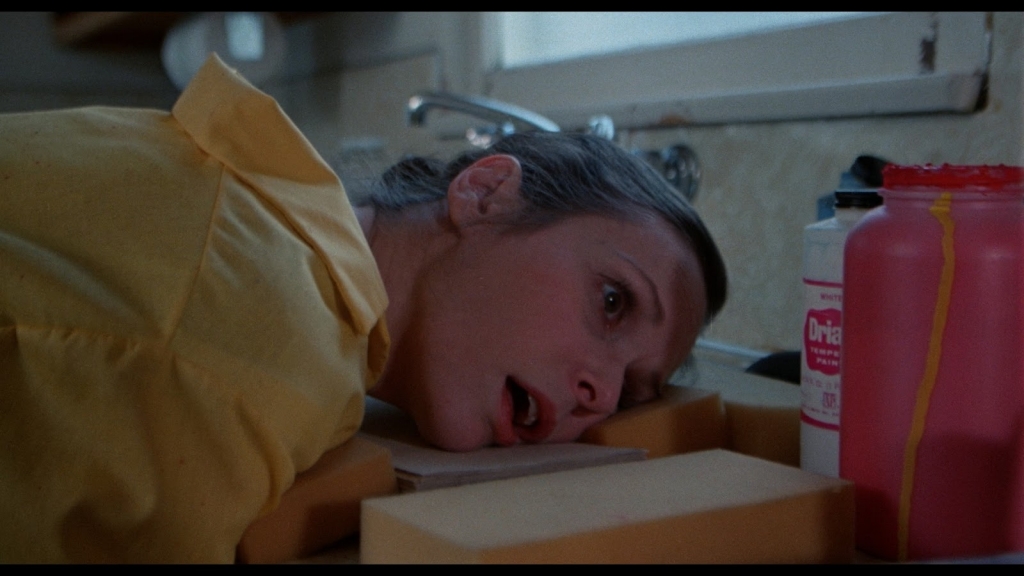 In an odd parallel, upon researching the stars and trivia behind the film, I became aware of star Julie Brown’s debut solo album (I must admit I only knew her as MTV VJ and from Earth Girls Are Easy beforehand). She had a song and accompanying video called “The Homecoming Queen’s Got A Gun” where the titular Queen slaughters her class at prom. The song is a retro parody harkening back to the 1950s and 60s surfer rock era with upbeat melodies which hid the drama and death in the lyrics. Teenage tragedy songs highlighted the helplessness that was growing within the middle class, pedestrian, vapid lifestyle.

There are classic 80s scenes, such as sex in a graveyard which ultimately leads to the fornicators’ demise. There were even a few difficult shots made, especially the shot through the peephole, as the arrow protrudes out spelling Julie Brown’s demise.

Ultimately, the content will be hard to stomach for most, and it is hard to justify just how mean-spirited Billy Jayne had to play Curtis. I would discourage you from RSVPing to this party. But if you can’t help yourself, just remember, “Don’t eat the cake!”

Miss Julie Brown, the other Julie Brown MTV VJ (as opposed to Downtown Julie Brown), plays the doomed sister Beverly in a role that showed no hints of her comedic brilliance that would shine a few years on after a chance meeting with the legendary Lily Tomlin. She went on to write and star in the Sci-Fi comedy Earth Girls Are Easy (1988) which featured Jeff Goldblum, Geena Davis, and “yet to explode into superstardom” Jim Carrey and Damon Wayans.

K.C. Martel (Timmy) was featured in E.T. and had long runs on the TV series Eight is Enough and Growing Pains, as well as The Amityville Horror and the summer adventure story starring Sean Astin and Kevin Bacon, White Water Summer (1987). 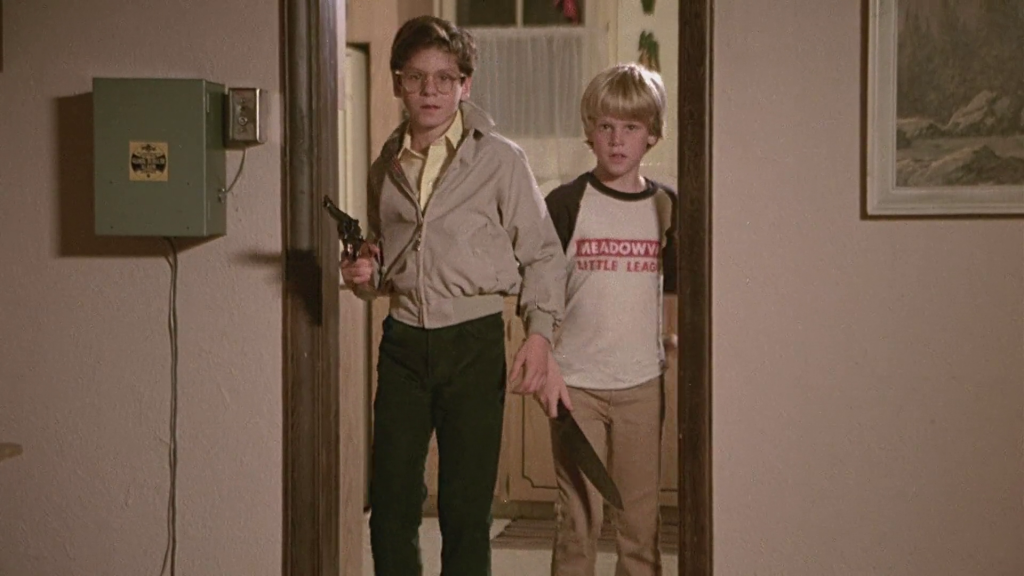 It is an undeniable reality that a strong motive that drives a young boy’s pre-pubescent years is the quest to see the first glimpse of genitalia. It may be taboo, but it’s true. Whether it’s finding your parents’ porno mag or something more somatic, the urge exists. Leave it to young Debbie here to use her entrepreneurial spirit to capitalize on that young lust and create a peephole so she can charge the boys to watch her sister (Julie Brown) get changed, which she does a lot of. In the end, I think the peephole only served as a setup for a decent kill scene as Debbie shoots an arrow through the hole into her sister’s eye.

Before she could display her comedic talents and quirk on MTV, Film, and her own albums, Julie Brown played the part of hot older sister with ease. Her humor is a huge part of what makes her endearing though, so it is a missed opportunity in my opinion to not feature it here.

I would Frankenstein this film and take small elements of it to use and improve somewhere else, but it would take some self-sabotaging outlaw of film to recreate the tone and message in today’s world. The shit is just too real.

Arrow Video and 88 FIlms both released Blu-Ray versions or you can stream it on Tubi, Shudder, AMC+, or Arrow’s own streaming platform.