Posted by:
Tags:  80s horror Blood and Gore Happy Birthday to Me slasher

One of the few 80’s horror flicks that lives up to its cover art, “Happy Birthday to Me” delivers gore, violence, and even a lovely party. 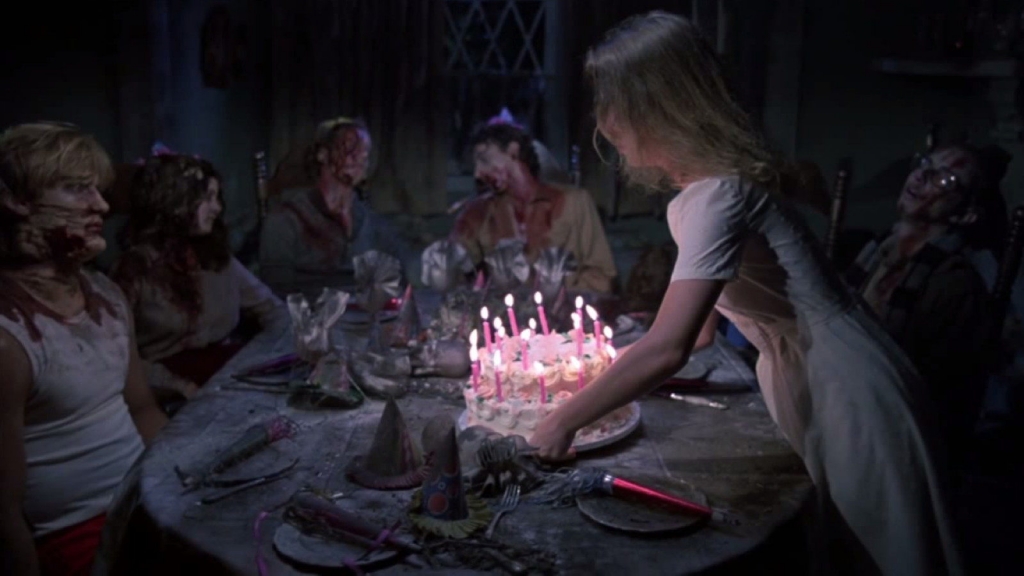 An entitled high school student, Virginia, who’s suffered traumatic events, tries to live a normal life. But her friends begin disappearing before her eighteenth birthday, and she’s not sure if she’s responsible. Let’s dig into 1981’s “Happy Birthday to Me”, directed by J. Lee Thompson!

It’s the cover. That’s why I bought it. I couldn’t pass it up. The juxtaposition of the innocent title and the thought of the very next second, the very next frame, was so enticing. You know the kebab is destined to impale. An overlooked detail is the font. The “i” becoming a candle and the “t” a knife. I was sold.

While the film does indeed live up to the promise of the cover, it is not without major fault. It’s unbelievable how long it feels. Even with a steady amount of action and some complex car and motorcycle stunts, there is a real drag that is exacerbated by the filmmaker’s choice to change the script midway through filming. We’re presented with one story line only to be duped by the end because they were unsatisfied and added a twist. There was no concern to go back and remove the tracks that had already been laid, and the watchability suffers because of it.

If you removed the twist ending, the reveal of the killer comes with a large chunk of the movie left, which is what was intended. Alright, I’ll stop ragging on the mistakes. 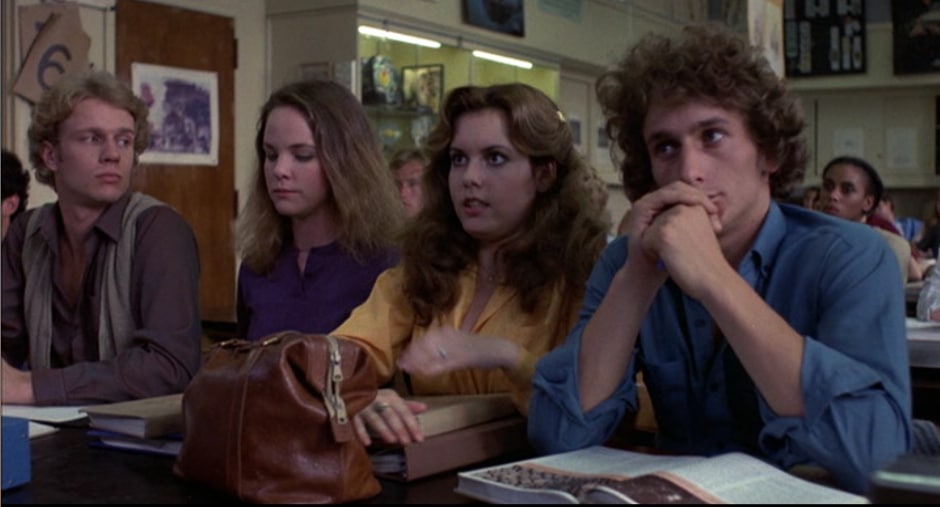 There are some great transitions. Specifically, I loved the scene where the kids are dissecting a frog and the teacher gets it to move, even though it’s dead, thanks to manipulating the nerves. We then cut smoothly to Ginny receiving an innovative brain procedure to relieve the trauma she endured. The opening throat slit cut to a draw bridge opening showed artistry as well. A lot of tricky camera moves.

It does drag on, but the ending is worth it. The party to end all parties. All of Ginny’s friends come this time, and it makes for a deliciously macabre finale.

Jack Blum, who plays resident Nerd of the elite top 10, Alfred, most likely landed that roll thanks to his portrayal of Spaz in the 1979 comedy Meatballs.

After 162 episodes on Little House on the Prairie, it makes sense that Melissa Sue Anderson wanted to cleanse her palette with some blood and gore. I could never get past the intro when it came Saturday mornings.

Steve was played by Matt Craven, with his distinctive profile which bifurcates like the flat iron building. Craven had a run on one of the best television shows of all time — certainly, one with the most satisfying of conclusions — Justified, which starred the impossible to hate Timothy Olyphant. 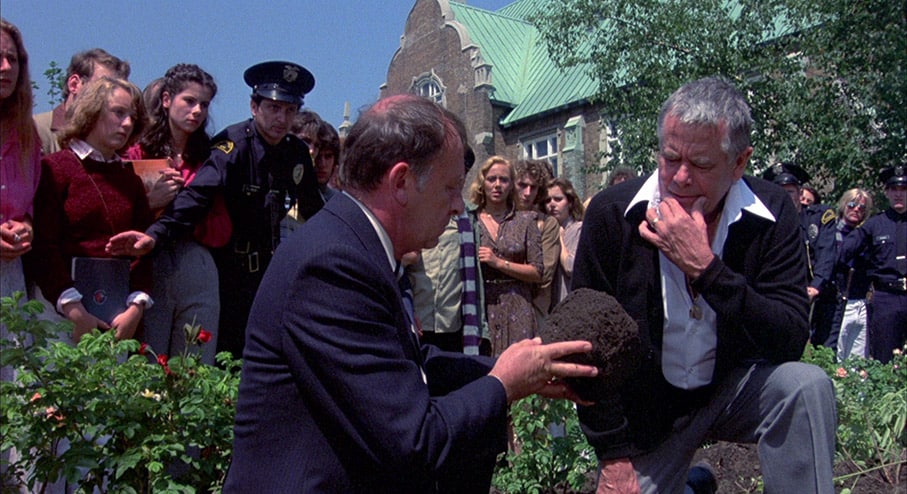 The panty-stealing Etienne reminds me of a cultural difference I once had with a German fellow. His sense of humor, though not malicious, could not have been any creepier. While not gratuitous per se, Etienne strikes the creepy bell with emphasis.

It is impossible to ignore how cute and wholesome Melissa Sue Anderson is. The casting agent for Little House surely sought those qualities in a child actor, and they were not lost in Anderson’s transition to adulthood.

Just about all the Male actors are average to above average guys who could easily pull down a crush if they hit the harmony of your fancy. Alfred is the unassuming heartthrob for me. The type that hides behind baggy clothes and odd ball behavior.

If you could reel in the script and eliminate the confusion, you could be left with an efficient production. It’s something I could see Blumhouse pulling off, with a disciplined writer and a stylish up-and-coming Director. 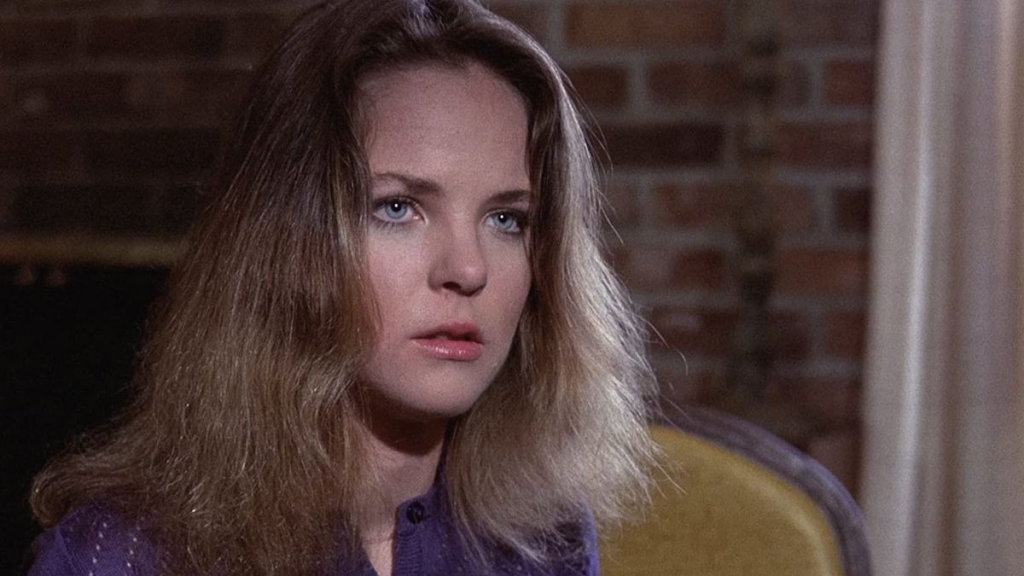 Happy Birthday to Me has seen a variety of different releases. An early 2000s DVD, with the iconic cover art removed and a different score, was released — meeting much derision from fans. The art and score were then restored for a 2009 DVD release.

Mill Creek has produced two Blu-Ray releases of the film, in between which we got a region free release from UK based Indicator Films. The later Mill Creek release took advantage of the 80s retro craze and included a VHS type slipcover.

All of these can be found from secondary sellers if you’re willing to pay. If not, you can also stream the film by renting it on Apple TV or Amazon.