They breed, they hatch, they Kill! If you’re into monster movies in the vein of 50’s creature features, you’re in for a thrill with “Blue Monkey”. 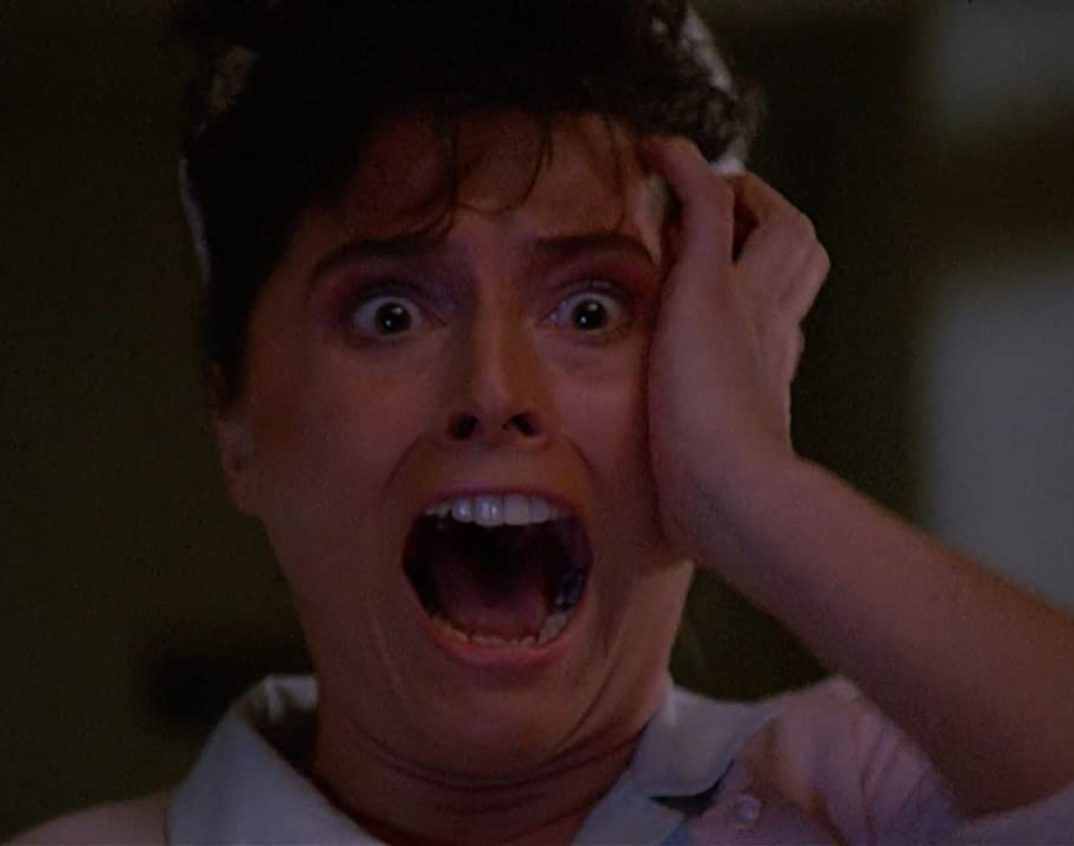 A new plant species has a deadly effect for those it touches, causing a pupa to grow within the stomach of its victims. An accidental exposure to a growth hormone in a hospital makes the worm like creature develop exponentially, turning it into a breeding and eating killer. Let’s dig into 1987’s Blue Monkey, directed by William Fruet.

There’s good reason the new Blu-ray release goes with the alternate title, Insect. This movie has zero to do with a blue monkey, or any monkey at all.

Steve Railsback, who has reportedly regretted participating in this film, turns in a decent performance as Detective Bishop. And the kids from the sick ward pull at your heart strings just enough. However, overall, it feels like nothing is happening for way too long. Even the scenes where tension is being built drag on for what seems like half the movie.

Don Lake as the entomologist Elliot, is a perfect caricature in a film filled with boring archetypes. The bugs, which appear Ant-like, are impressive. And it is astounding that the Sirius Effects crew which handled these duties did only one other film. Their work is beautifully gross and memorable. They also pull off a great decapitation with close ups of the killer insect.

If you dig big old school monsters, you’ll get a kick out of the effort here. The most enduring feeling I walk away with is how much better prepared this fictitious Government was to quarantine a biological threat than the real world has been. 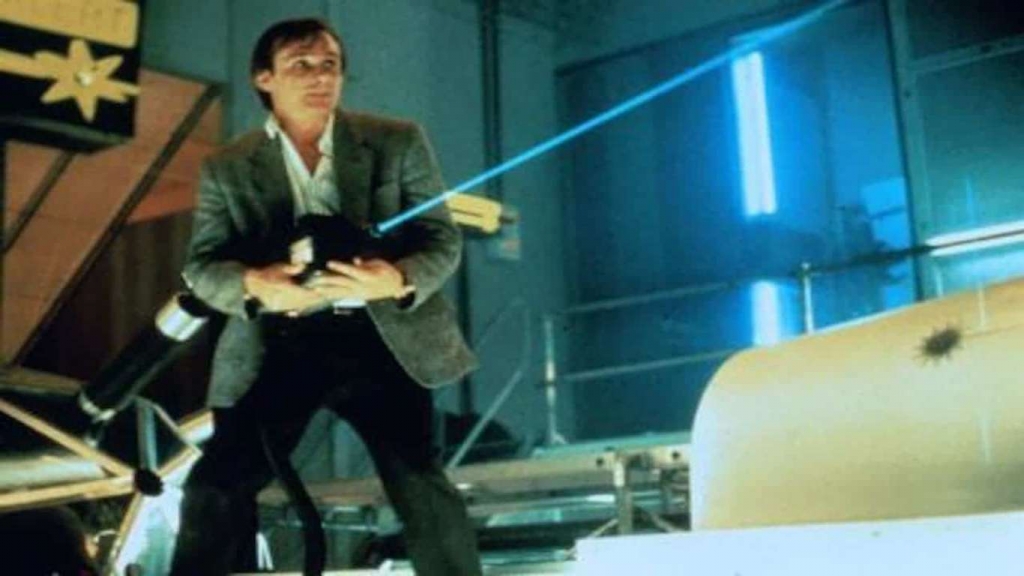 A young Sarah Polley (Dawn of the Dead remake) plays one of the rambunctious sick kids.

Joe Flaherty, who plays father-to-be George Baker, is someone you’ll likely recognize as the Western Union Man from Back to the Future II (1989), or as the obnoxious fan from Happy Gilmore, ya Jackass!

Forced pick up lines from Detective Bishop to Doctor Carson are as creepy as can be. The pressure to include some obligatory romantic angle to a film is probably to blame, but Bishop’s line offering to give the Doctor an exam and a promise for breakfast are as seductive as the bug guts are appetizing.

Gina Wilkinson, who plays Nurse Michelle, belts out one of the most expertly executed horror screams I’ve ever witnessed. A woman after our own spooky hearts. 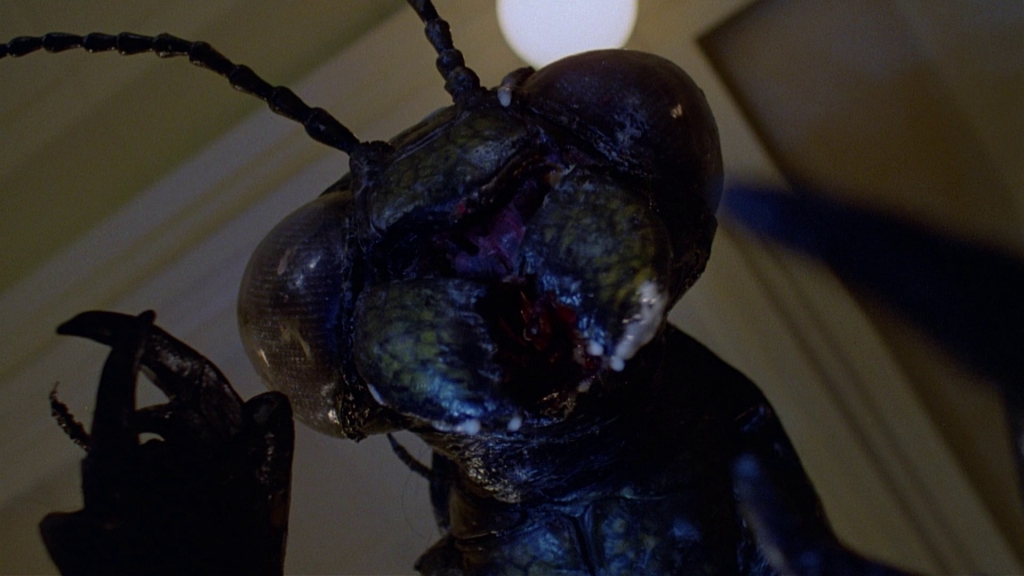 The practical effects utilized here make for a yeoman’s task of not only producing but shooting. The crew needed to pull this off — who make a quick appearance in the film, as you can see them carrying the bug as it chases the kid and the Detective through the air shaft — would be too large to warrant the burden. So, any remake would most likely be digitally accomplished. I don’t have much interest in that, seeing as the practical effecters were the bright shining spot of Blue Monkey.

Even though a stinger was included at the end of the film, nothing ever came of it.

Dark Force Entertainment released a Blu-ray with a limited edition embossed slip cover, which can be had over at Diabolik DVD. You can also find a ripped-from-VHS copy on YouTube.