A plot-less, eighties, derivative romp that has some decent and memorable kills but little else to offer beyond blood and glowing eyes.

A man who fails at committing suicide finds himself controlled by a dead mobster and handing out revenge by proxy. Let’s dig into 1987’s “Retribution”, directed by Guy Magar!

What a perfectly eighties opening. Flames around the title. Irrelevant Halloween masks strobing through the scene. I think I even saw a Misfits Fiend in there.

So, a Halloween party gets to witness our sorta protagonist, sorta unwilling antagonist, jump off a building and live. Now he gets to deal with the aftermath of that: being alive. As the paddles are applied to his chest, he begins to see a pizza-faced demon, which apparently is a gangster that was killed at the same exact moment that he wasn’t. Makes sense.

The movie features some decent scenes of gore. A flesh saw at a slaughterhouse making a clean cut on some poor gent. A blow torch cutting off a guy’s hand. There’s also the requisite green glowing eyes and a full burn in a flashback scene towards the end. 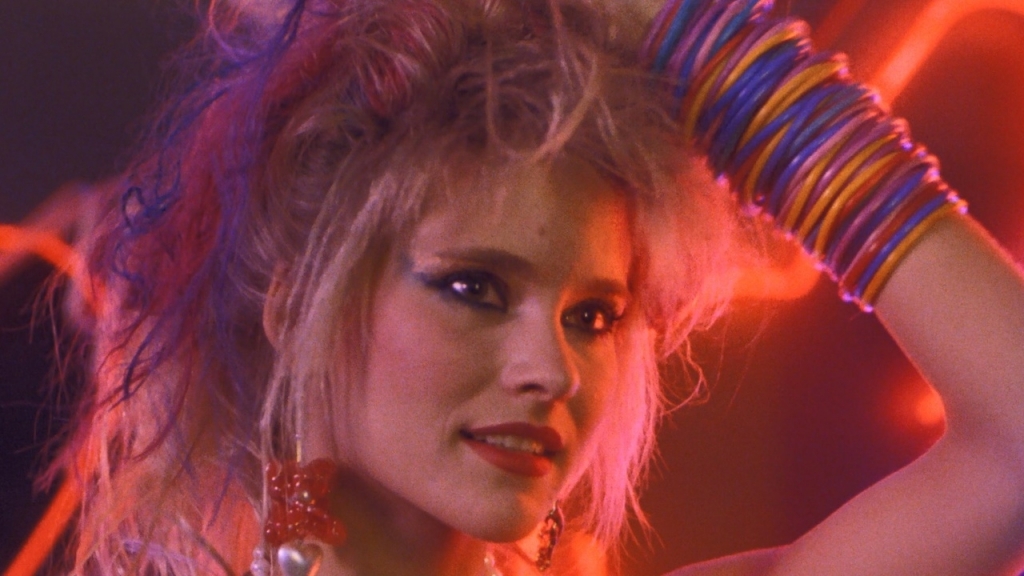 We can’t forget the love interest (Suzanne Snyder) that should have no attraction to George but treats him like a prized catch.

There is decent lighting and the colors are vibrant and totally eighties.

Not the worst thing to have projected in the background at a party that everyone is engrossed in conversation.

You might recognize Dennis Lipscomb (George) from some action movies such as Steven Segal’s Under Siege, or the prototypical hacker film WarGames.

The superimposed corpse version of big Vito looks like a bloated Freddy Krueger. There is not enough plot to mimic. The beauty lies in the effects work (the kills) and that deserves nothing more than an obscure reference.

Severin Films released a Blu-ray plump with interviews with just about all talent involved as well as two versions of the film. Before that, there were a few DVD releases, including a 25th-anniversary edition.