A perfect classic horror tale with almost no flaws, “City of the Dead” doesn’t go by the book… it WROTE the book of horror! 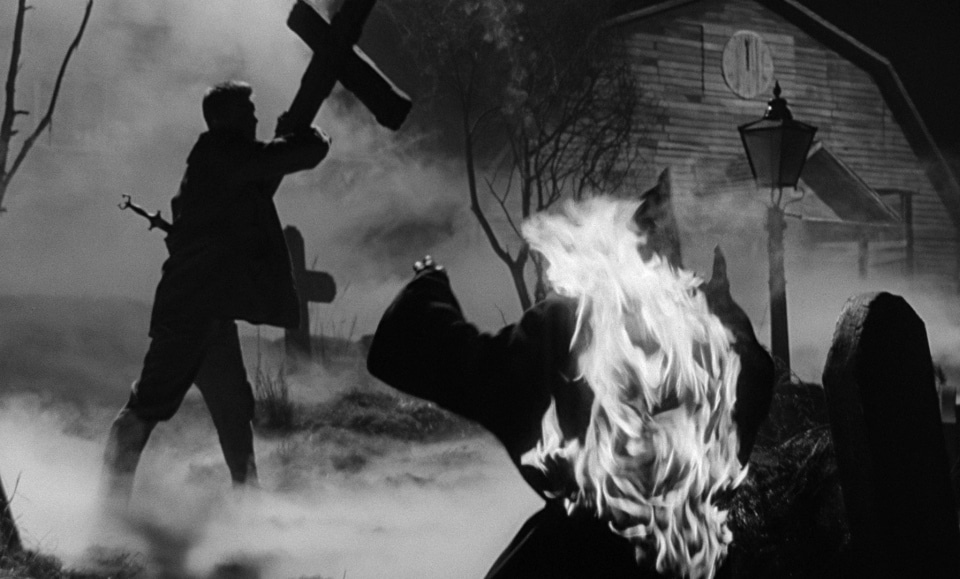 A college student goes to a mythic town in Massachusetts to research the history of witchcraft. Let’s dig into 1960’s “The City of the Dead”, directed by John Llewellyn Moxey!

I often watch an older horror film (pre-1970) and the pace lulls me to sleep or the story isn’t intense enough. My horror brain has been stretched like a rubber band; it will not tighten back to its original form. But this is not one of those films. I was enthralled from the opening to the credit roll.

A fantastic transfer by Arrow is a pleasure to watch even in black and white. The textures are beautiful. Perfect scene setting. The fog is extremely effective.

The story is thick and juicy. There is real attention paid to proper tension building. Tricks used a million times after this era are expertly executed. 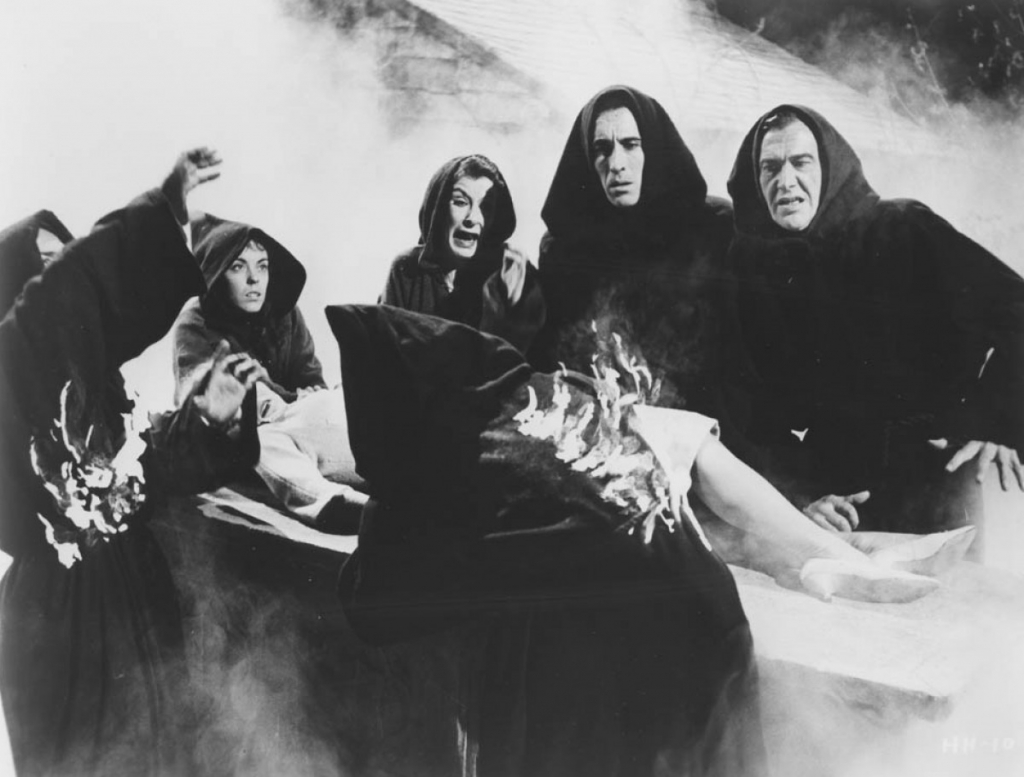 Brilliant dialogue, exquisite lighting, Kubrick-level mind games, fire dancing on the wall like an evil marionette, and the set dressing in the cave below the trap door are just some of the elements which make this film a pleasure to watch.

On top of all that, the sound design is spot on.

And that cut! The cut! From Nan being stabbed to the cake being cut! God damn!

Sir Christopher Lee is many fans’ favorite bloodsucker from countless Hammer Horror films. If you’re not familiar with his work, get familiar. 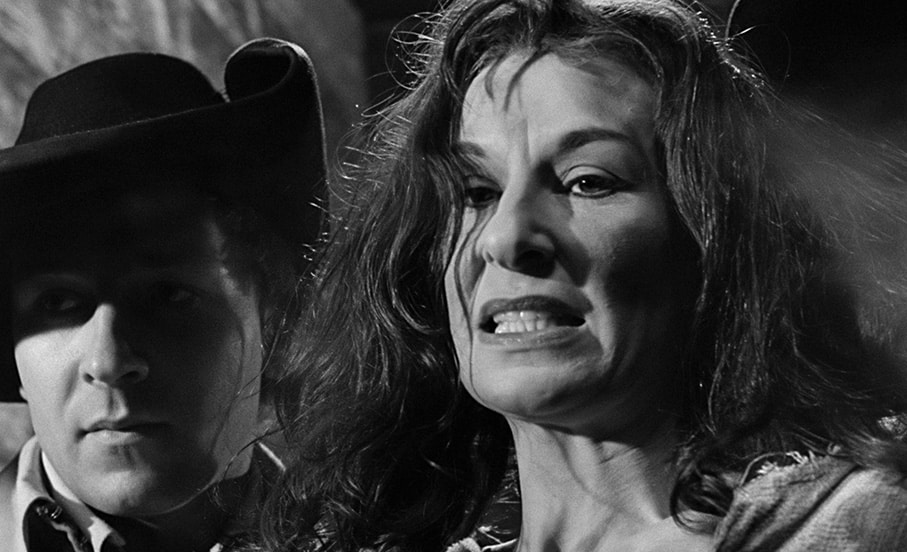 Venetia Stevenson is a goddess. I’m not sure I have ever seen someone better lit than she was in the scene where she exchanges through the door with the priest. Nan Barlow in her skivvies is a sight to see.

Don’t you dare touch this!

Overall Rating (Out of 5 Butterflies): 5
THE DAILY DIG
The Daily Dig brings you hidden genre gems from the 1960s-90s you may have not yet discovered. You’ll get a brief rundown of everything you need to know, including where to watch each title for yourself. Come back each day, Mon-Fri, for new featured titles. CLICK HERE FOR A TIMELINE OF DAILY DIG COVERAGE.