Recycle the plot of the classic “The Mummy” and sprinkle in some gutter punks and blood, and you’ve got yourself an 80s cult classic. 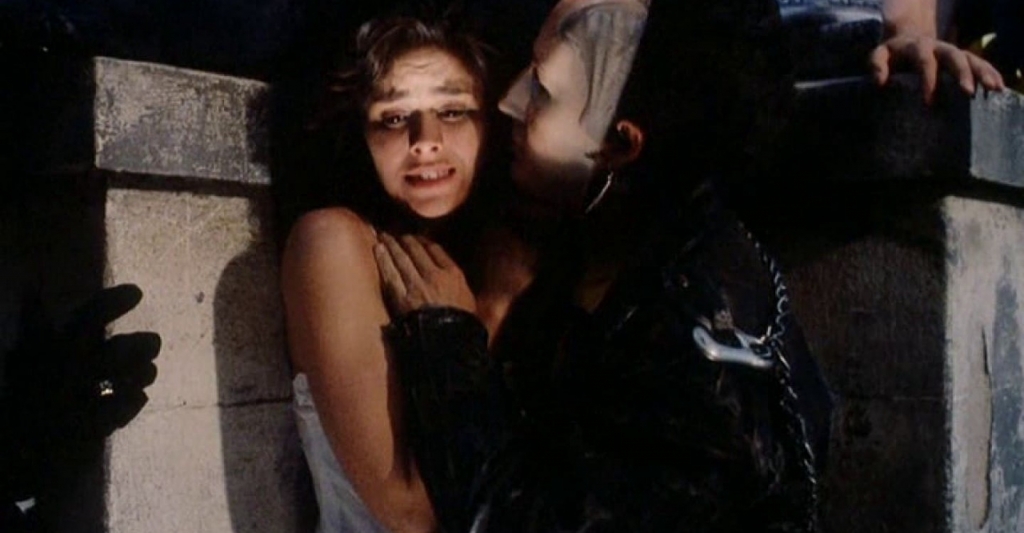 A family inherits a run-down mansion which has a tragic past, and they must deal with the Punks who squat there as well as the ghost who haunts it. Let’s dig into 1988’s “Twice Dead”, directed by Bert L. Dragin!

Opening with a depression-era scene that sees 1920’s film star Tyler Wright murdering his life-size doll and hanging himself; we jump to modern-day traffic as the Cates family makes their way to their inherited home that hides a dark familial secret. They encounter a group of young punks (Would it be an 80’s film without a Punk with a switchblade?) who have been squatting at the dilapidated mansion. Like washing away mud and grime in an Arnold film (satirized perfectly in Last Action Hero), the destroyed house is livable in the blink of an eye.

The focus of most of the film is on the conflict between teen siblings Robin and Scott (Tom Bresnahan) and the local punks, led by Silk. Though the best sequence in the film is a prank, pulled off by the siblings, the ghostly element doesn’t come back in until the third act which pulls the horror legs out from under the story. Sure, there are bloody gags and department store Halloween masks, but it left me wanting for some real horror to break up the monotony of the bully/bullied tug of war. 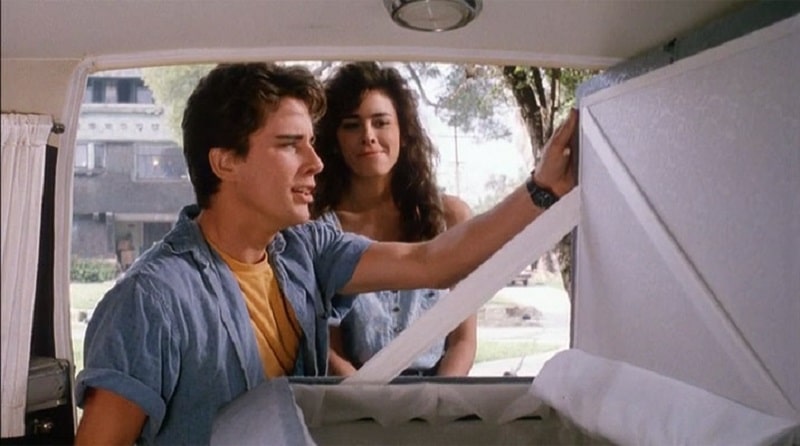 The predictability of the plot (which rips off its romantic twist from the classic 1932 The Mummy) doesn’t make it unwatchable, but the dialogue is all low-hanging fruit. A typical VHS era effort that saves all its creativity for the way it dismembers the cast.

Closed out with a song performed by a band called Poor Saint Christopher, which is reportedly made up of the stars of the film, Silk and Scott. This film, like many idiomatic video store shelf fillers, was distributed by Roger Corman’s Concorde Pictures.

Todd Bridges, who played the wholesome Petie, is best known as Willis from Diff’rent Strokes starring alongside Gary Coleman.

Jonathan Chapin, like Jill Whitlow, pulls double duty as the punk Crip as well as Tyler Walker, the ghostly performer. He saw roles in a couple of 80’s Brat Pack films (Sixteen Candles and Say Anything…), as well as a part in Halloween 5 (1989).

Using throw-away characters just for a gag in the midst of the climax (pun intended) was, in fact, gratuitous, as Raymond Cruz (Training Day), credited as “Gang Member”, bites it mid coitus when he and his dance partner are electrocuted to an orgasmic death. 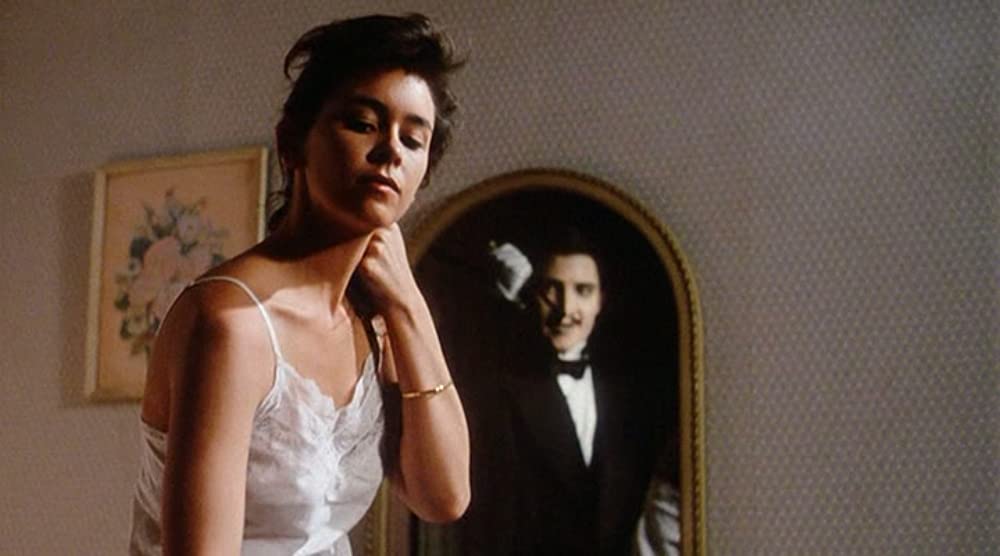 Jill Whitlow (Robin/Myrna) is very “girl next door”, which undermines her arc but not her endearing screen presence.

The tricks set up by Robin and Scott to prank the Punks using the old film and theater equipment were the most fun had throughout the movie. A story making that a focal point of time spent — think a horror version of Home Alone — could be a blast.