Using the age-old technique of keeping everything as dark as possible can’t hide this copycat Sci-Fi horror film’s deficiencies. 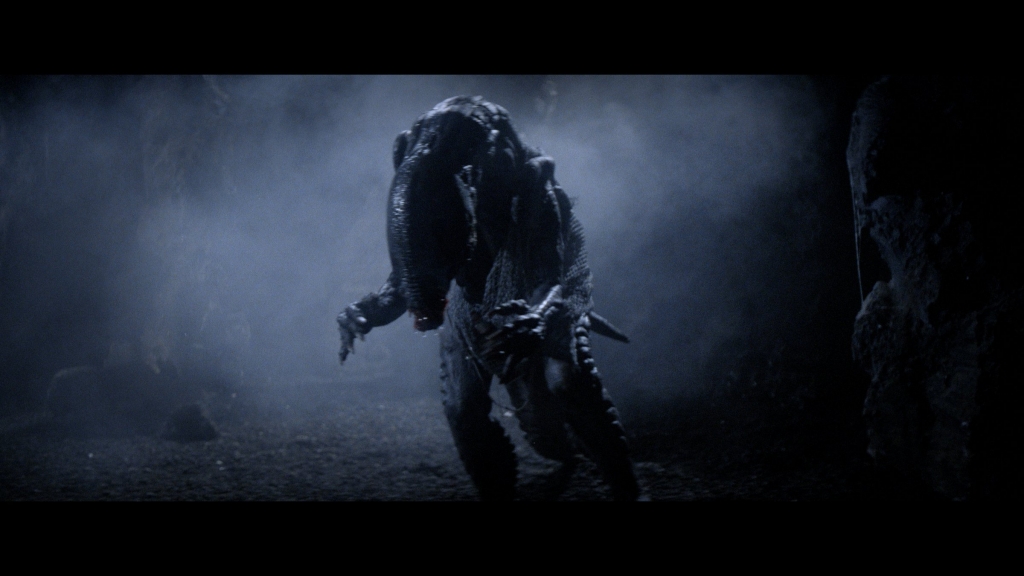 A team is sent to Saturn’s moon, Titan, to investigate what caused an earlier expedition to fail. Spoiler: it’s not something cuddly. Let’s dig into 1985’s “Creature”, directed by William Malone!

There are few, if any, original moments to talk about.

Pitting corporations against each other in a space race that mirrored the cold war era, an exploration team is on Titan, a moon of Saturn. While trying to get a shot for the gram, they unwittingly unleash some creature from what is later revealed to be some sort of alien animal containment. Of course, the two spacewalkers are destined for death.

The only space team that is more doomed than the nascent mission exploring an alien land is the one sent to rescue them once they’ve disappeared.

Enter a group of cartoon characters. That’s what they really are. 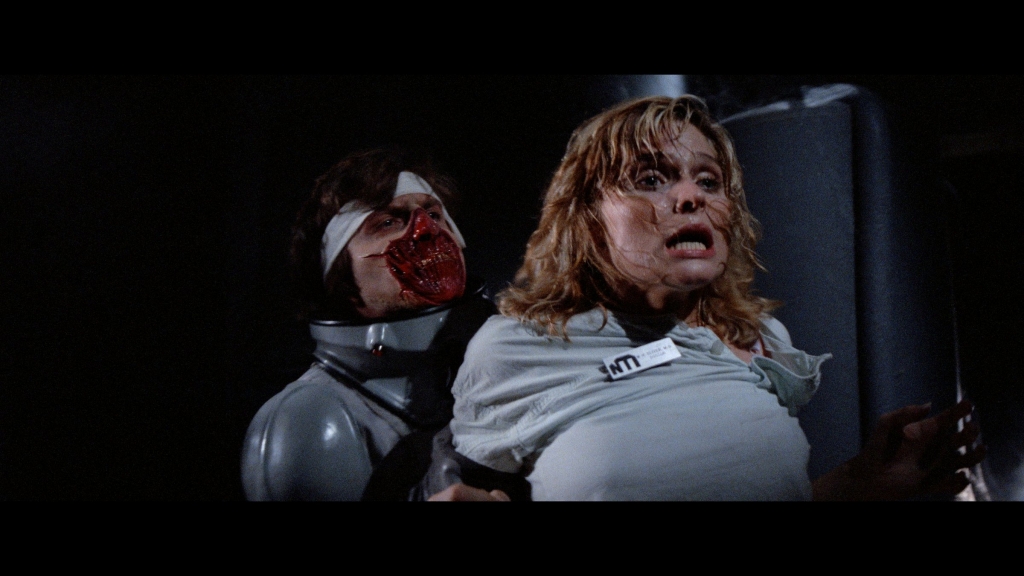 There’s no attempt to make anyone, minus Lyman Ward, seem like a scientist or even an astronaut. Here you will experience some of the vapidest, vacuous dialogue and banter known to man and space.

A dollar store version of Alan Silvestri’s Predator score won’t handle the weight of the film’s shortcomings, but the practical effects and gore aren’t terrible.

They actually do bring the horror, more so than I expected, and that’s thanks to the same team that would work on James Cameron’s Aliens shortly after this film (LA Effects Group, not Stan Winston). The skinned face and exploding head were great.

The cake topper is the titular Creature, which looks like a clumsy, sleepy Xenomorph.

Lyman Ward (Perkins) is the ultimate trickster’s father, in Ferris Bueller’s Day Off.

Wendy Schaal (Sladen) most famously had a feature role in The Burbs, as well as the Martin Short/Dennis Quaid Sci-Fi comedy Innerspace and Batteries Not Included.

Klaus Kinski was Nosferatu The Vampyre and a favorite of the brilliant Werner Herzog, starring in many more of his films as well. 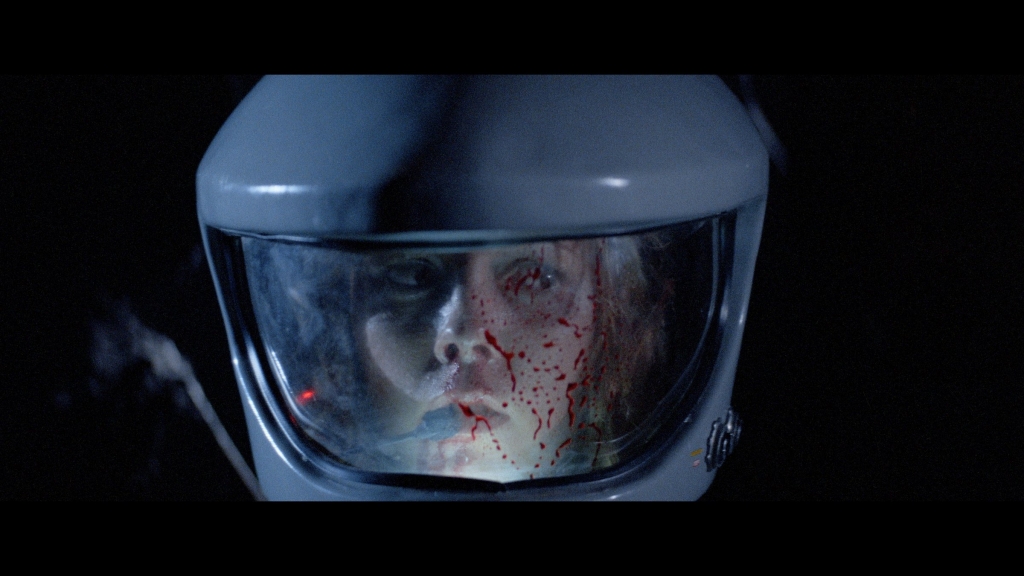 Being nude in space sounds dangerous, but you can’t have an eighties horror flick without some nude woman seducing a clothed man, let alone one in a spacesuit. She succeeds and subjects him to the parasitic creature.

There is not a chance that anyone besides Wendy Schaal can occupy this category. She is Mrs. Rumsfield from The Burbs. Enough said!

Overtly derivative itself, there are almost no unique elements to mine from this film.

Vinegar Syndrome released a new 4k restoration Blu-Ray with the director’s cut The Titan Find version (which is the version I chose to watch). There are a bunch of slipcover versions left over at their store. You can also stream on Paramount +, Epix, The Roku Channel, Hoopla, Tubi, Fandor, and Flix Fling… basically no excuse to be unable to find it.