Inspired by the father of all exorcism films, “The Exorcism of God” aims to add depth to the sub genre, but it’s not much of a revelation. 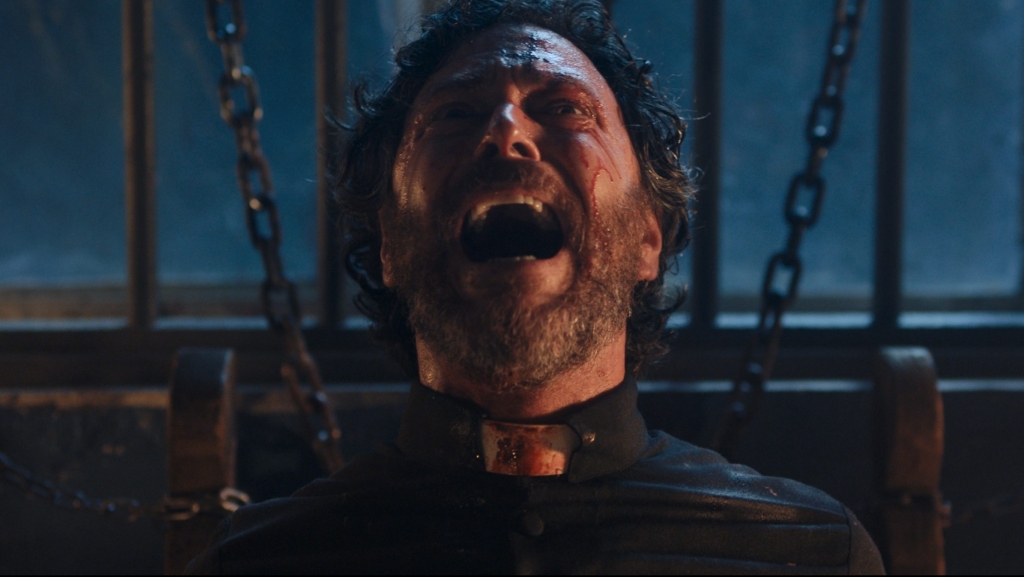 The Exorcism of God wants to be more than just another possession movie.

Peter Williams (Will Beinbrink) is an American priest working in Mexico. Against orders from the church, he attempts to perform an exorcism that ends up going horribly wrong. Though his parishioners revere him, he lives with this horrible secret. When the chance comes to make amends, he knows what he must do.

Director Alejandro Hidalgo has crafted an exorcism film that wants to take a deeper look at its characters — particularly Father Willams. This is a common theme dating back to The Exorcist, but there is more of an emphasis on it here. It is also clear that the church is going to be as much of a villain as the demon.

This is not to say The Exorcism of God forgets it is a horror movie.

If anything, the film leans too much into the tropes of the sub-genre. 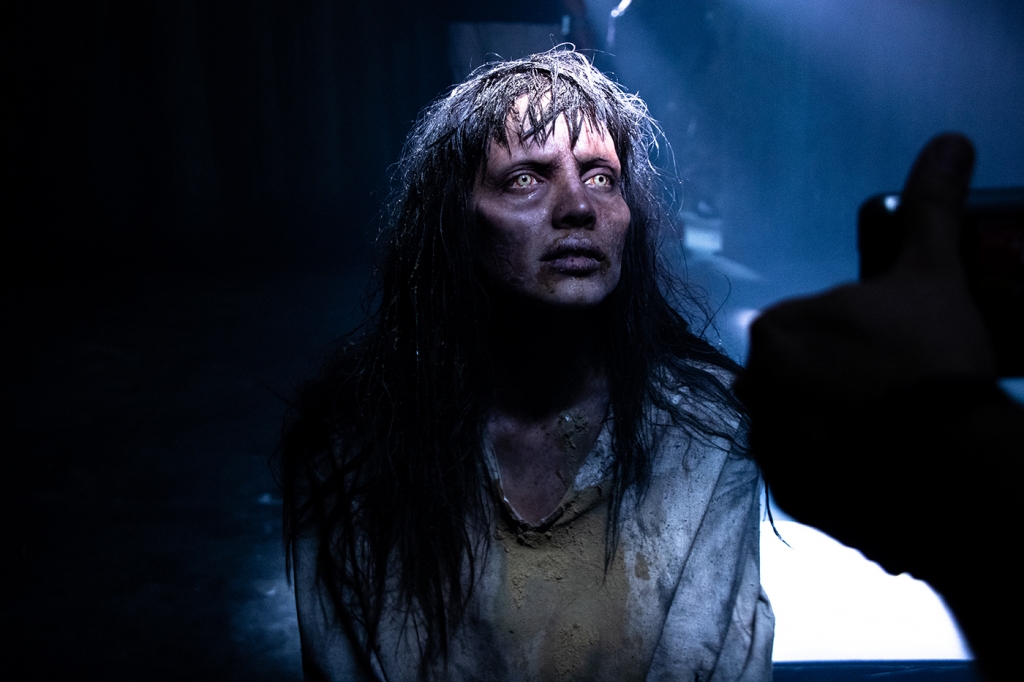 There is some neat imagery — the cover art is sneakily evil — but nothing truly stands out.

That is not much of a problem since the plot has decided to take on deeper issues. What does become an issue is the lack of engaging characters.

With some exceptions, exorcism films focus on the person being possessed or the one who is fighting the demon. The Exorcism of God sticks to this formula, and for a while, it works. The opening does an excellent job of showcasing just how powerful the forces of evil can be.

Father Williams being seduced by a powerful demon makes sense. He is stubborn and proud, so his early failure is a good bit of writing.

The Exorcism of God introduces a flawed hero right off the bat.

It would also make sense that, as the plot continues, he will learn from past mistakes and eventually become a better person.

Unfortunately, this never happens in The Exorcism of God.

It stands to reason that he would be in conflict with himself. A strong case can even be made for him throwing himself back into the church and burying his secret. After all, it is not unheard of for people to forgive themselves by simply not taking accountability.

Things become much trickier when Father Williams begins calling out the church for all its corruption. There is truth in pretty much everything he is saying, but there has also been no character development. This means that there is an unsympathetic and corrupt person lambasting an organization for being unsympathetic and corrupt. This lack of character arc takes away from the overall impact of The Exorcism of God.

The end result is that audiences will have to watch the movie for the exact opposite purpose it was intended.

The Exorcism of God is clearly meant to be a deconstruction of these types of films and a commentary on the current state of the church. It succeeds at a base level that will not provoke deeper thought or examination. When viewed as just another mindless horror movie, it fares better. While not unique, it provides decent scares.

The Exorcism of God is now available (March 11, 2022 release date) in limited theatrical release and on VOD.