A close-to-pitch-black exposure actually utilizes some stylistic tricks that would be used in better-scripted genre films for decades after. 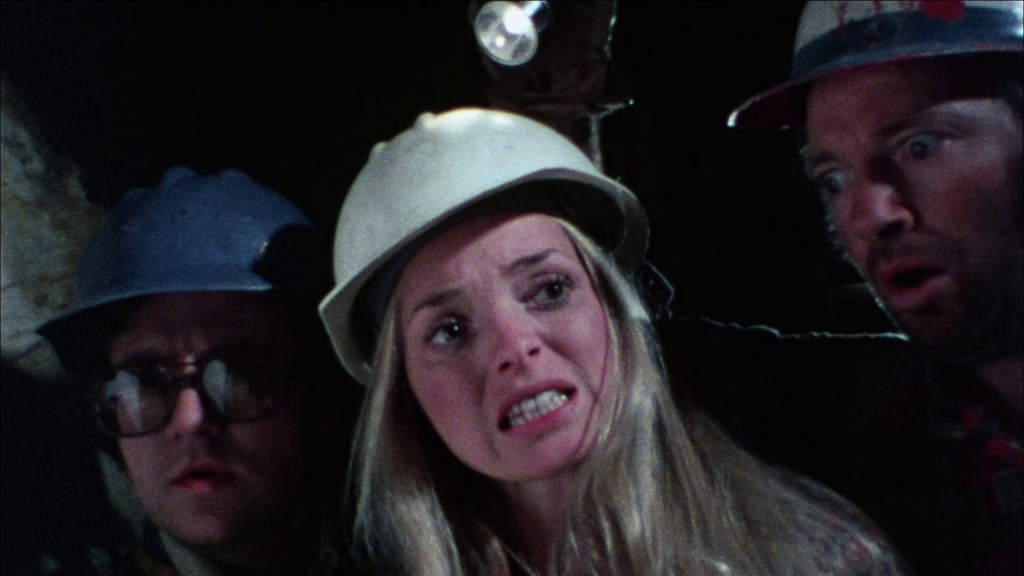 A group of adventurers is after gold and good stories in a cave drenched in mystery, but find themselves trapped with a killer creature. Let’s dig into 1985’s “The Strangeness”, directed by Melanie Anne Phillips!

The strangeness lies in the choice to make this a feature film.

There was so much empty space throughout that I can’t imagine the script was more than twenty pages. The setup is tidy but underutilized. We’re told about ghost stories, sacred land, and a god that hates “whites” treading on this territory, but of course, that does not deter the group of gold and anecdotal searching explorers.

Once we’re inside the cave/mine, the only events that go down are the discovery of Angela’s emulsified body and advances on the beautiful blonde Cindy.

At first, I thought the creature was just stop motion. But by the end, I realized it was actually claymation. As cheesy as that looks, it’s well animated but with rough sculpts. It’s a bit squid, a bit octopus, and frankly a bit vulvic. 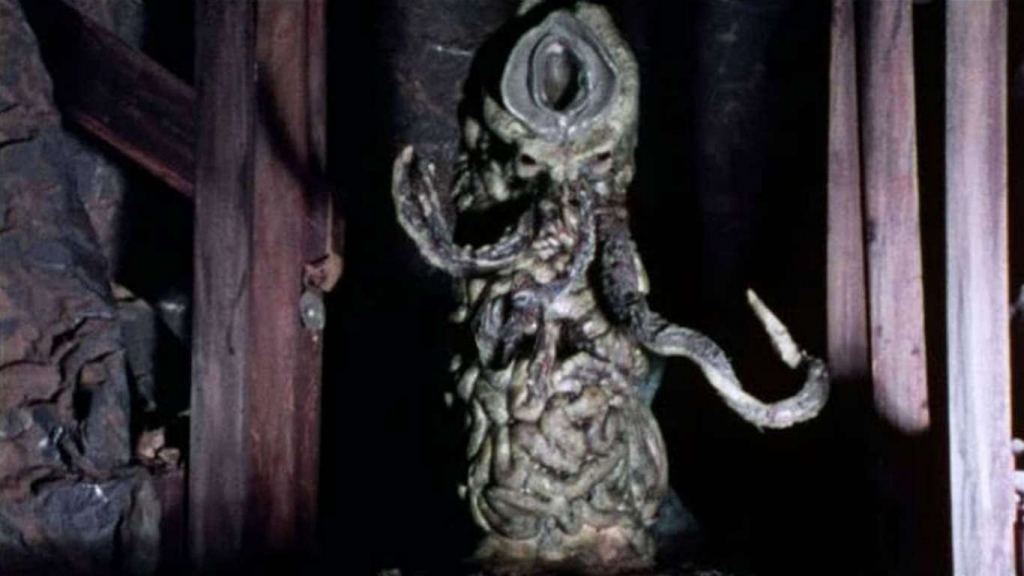 I don’t get the terrified mantra “Ham and Eggs!” But for some reason, it’s just ridiculous enough to be funny.

Honestly, there are a few choices made by the director (originally credited as a pseudonym – David Michael Hillman) which are solid. This includes the flashing light reveal of the monster, which was practical as well since clay isn’t very scary, and also the monochrome lighting (based on the flares), which sets a great tone that the script and actors can’t keep up with.

Terri Berland (Cindy) is the only actor who has a credit besides this film, which includes the sequel to The Sting and the Slim Pickens and Phyllis Diller film Pink Motel.

I get it, we’re in a cave, but so much of the film is just black screen. You could have a more effective short film if you cut out all the scenes that you can’t see anything. 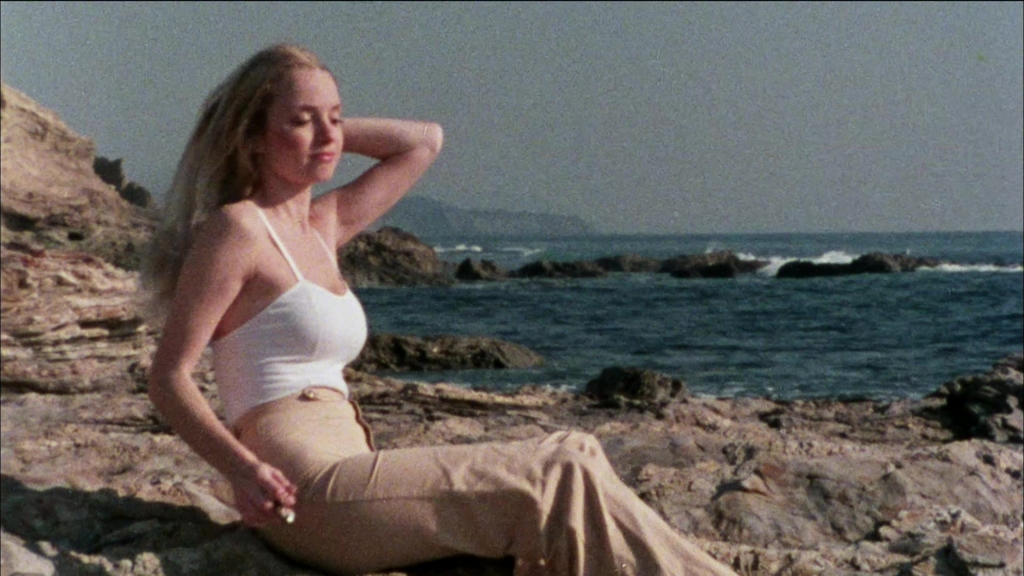 Terri Berland (Cindy) wasn’t exactly dressed for a cavern adventure in her crop top, though it made it easy on our eyes to watch, albeit in darkness most of the time.

We’re given a bit of exposition of the folklore based around the cave before they enter. And while that sets up the “why” strange things happen within, that gun is never shot, which is unfortunate because it would be a rich story to explore.

There is a hint that the creature survived the inferno but alas, there is no progeny to report.

A Blu-ray with commentary from Director Melanie Anne Phillips and a couple of the actors is available through Kino Lorber, who distributed the release from Code Red that was released this past summer, though I didn’t have the pleasure of this edition. You can also rent to stream on Amazon.