Posted by:
Tags:  1989 80s horror B-movie Get Out Joel Bender Re-Animator The Immortalizer

Don’t hold “The Immortalizer” to some highfalutin standard. With a lack of focus and questionable acting, it’s pure cheese. It’s also pure entertainment. 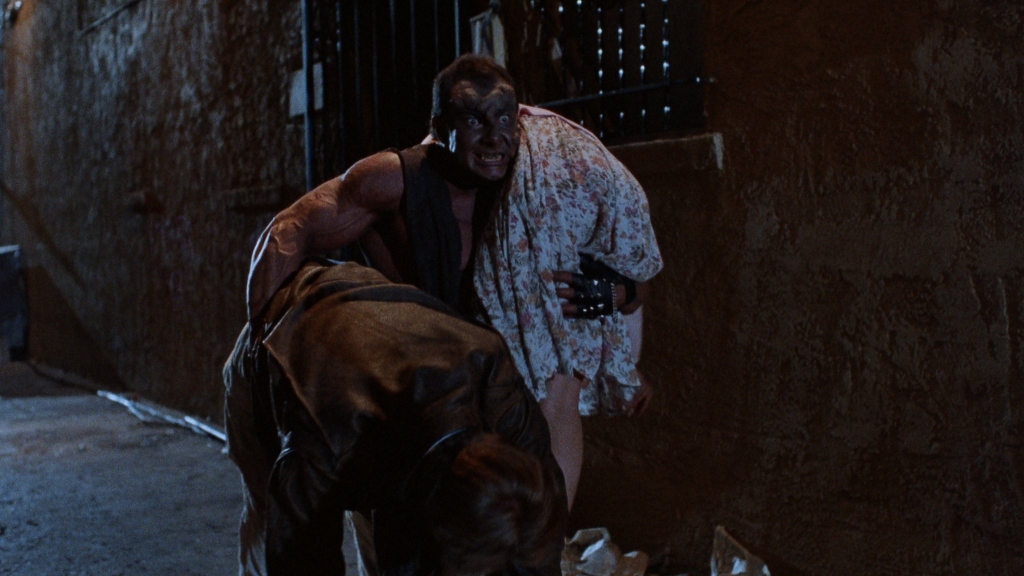 Running a flim-flam elderly clinic, a consortium of doctor’s kidnap unwitting teenagers to serve as vessels of immortality for their geriatric clients. The latest haul of specimens proves to be a headache for the operation, as cat chases mouse to make old new again. Let’s dig into 1989’s The Immortalizer, directed by Joel Bender.

The comparisons will be obvious: Re-Animator and Get Out. In fact, it would be valid to call this a poor man’s Re-Animator, and that’s not disparaging.

There are all the endearing qualities of a cheesy 80’s film here — naïve teenagers in peril, blood and guts, confoundingly slippery clothes that seem to come on and off with the breeze. You’re not coming here for the acting, yet the cast manages to hold the line of absurdity with their efforts. This could easily be a cult film if more people knew about it. However, it probably deserves its rightful place in the low expectations pile. Case in point: a guy gets stabbed with a handgun!

Though a little scattered, this is essentially a pretty fun film. And don’t let that “breaking of the fourth wall” attempt at a message fool you; there’s no real social commentary to be had here. Of course, that’s probably just as well, since this is the kind of film best enjoyed by thinking as little as possible.

An underutilized member of the crew, special effects artist John Naulin, doesn’t get to flex his FX prowess as much as he probably should have been allowed to. Holding such films as Re-Animator (ironic), Night Train to Terror, and Critters on his resume, the prosthetics on the mongoloid baddies could have been less “over the counter”.

Not a familiar face in horror, Melody Patterson as “Nurse Blaine” would be most notably recognized as “Wrangler Jane” from the 1960’s Western Comedy TV Series F Troop. She retired her screen ambition after this film at the young age of 40.

Perhaps most identifiable by her striking physique, you may recognize the biceps of Zap (AKA Raye Hollitt) of the original American Gladiators(1989) series. She plays the failed experiment “Queenie”.

The most recognizable “face” in this film may very well be a syringe of glowing green goo, being injected into the patient’s pineal gland. An impossible to ignore parallel to the comparably big budget ancestor of this film – Re-Animator (1985) 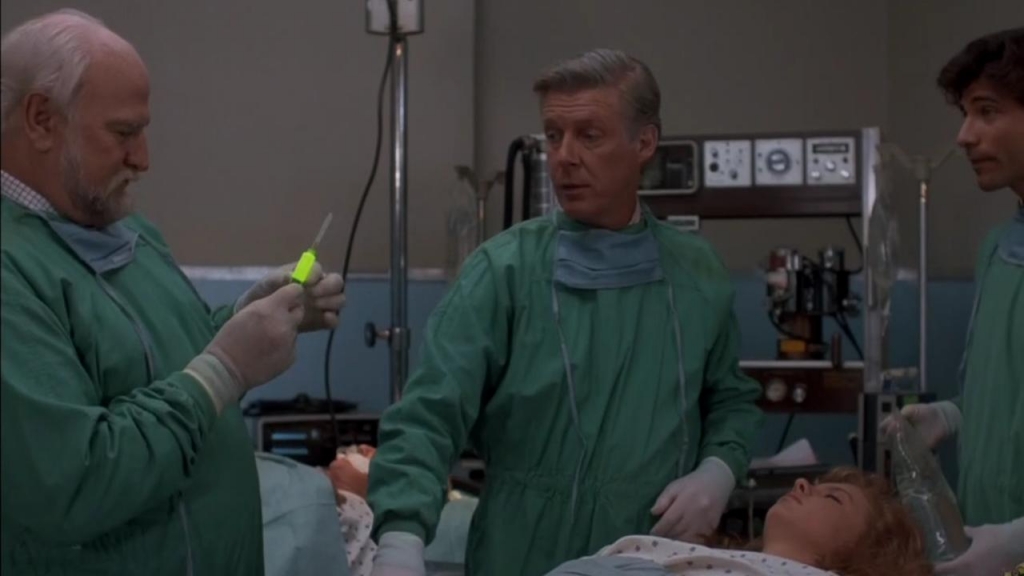 While there are a handful of bare breasts displayed throughout the film, and even a scene of a pathetic reprobate defiling an unconscious patient, the most gratuitous of elements seem to be the kills. There are more creative ways to go about it than shoving everything through the chest cavity (including a handgun and a cattle prod).

There are some good plot elements here (replacing the brains of young, beautiful bodies with those of old, wealthy people) that could use a contemporary telling. In fact, in a way, that’s exactly what Jordan Peele indirectly did with his Oscar-winning film Get Out (2017). I don’t actually know that Jordan Peele would cite this film for inspiration. However, he managed to take some of the more thought-provoking elements of this film and infuse them with a true and poignant social commentary lacking in The Immortalizer.

The Immortalizer, despite its title, does not seem to have been crafted to support a long-lived franchise. It never spawned any sequels, with Get Out a successor in spirit alone.

Connecticut based distributor Vinegar Syndrome has this genre gem available in a 2k Blu-ray, restored from the 35mm interpositive. It includes an interview with Director Joel Bender and Cinematographer Alan Caso. For those who prefer a digital dive into the film, The Immortalizer is also streaming on VUDU.