A contemporary attempt at a classic, with a goth punk vibe, it features a strong performance from Anthony Perkins and great visuals. 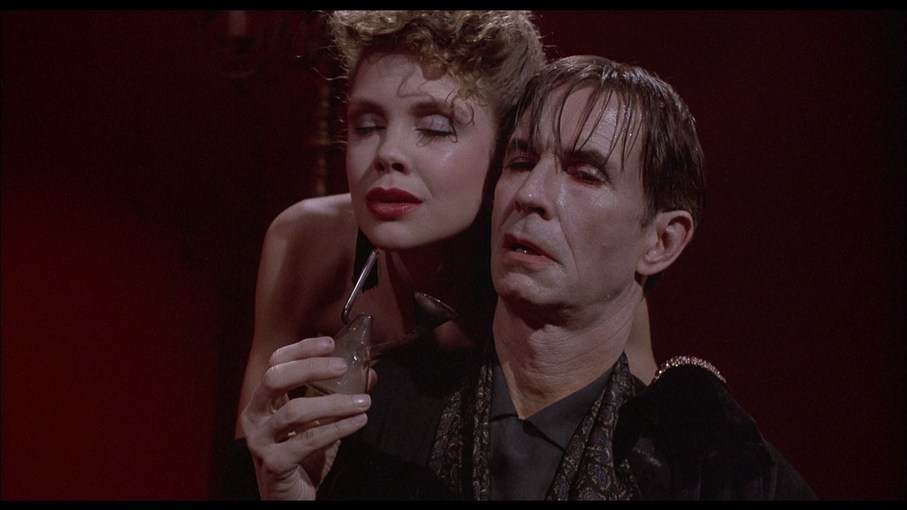 The decision to make this a period piece was a misstep in my opinion. It deprived the film of the character that having it take place within the 80s era, the time it was made, would have provided. It could have been unique. Instead, there is nothing new under the sun.

One area where the film does shine is the sets. We switch from a beautiful Victorian mansion to an art-deco-inspired laboratory.

Cocaine is used to transform Jekyll into Hyde, as he carries out his sexual desires — including slicing prostitutes’ throats. No attempt was made to update the story (beyond the hybridization of this story with Jack the Ripper), but the film is short on plot and long on visuals and aural pleasure. It’s enjoyable but feels lacking in substance. The sound and visual appeal go a long way, but not quite long enough.

Speaking of the sound, this score belongs in the big leagues. It’s a bit of Eflman’s The Frighteners. It’s beautiful. The sound design as well really adds to the atmosphere of the film. 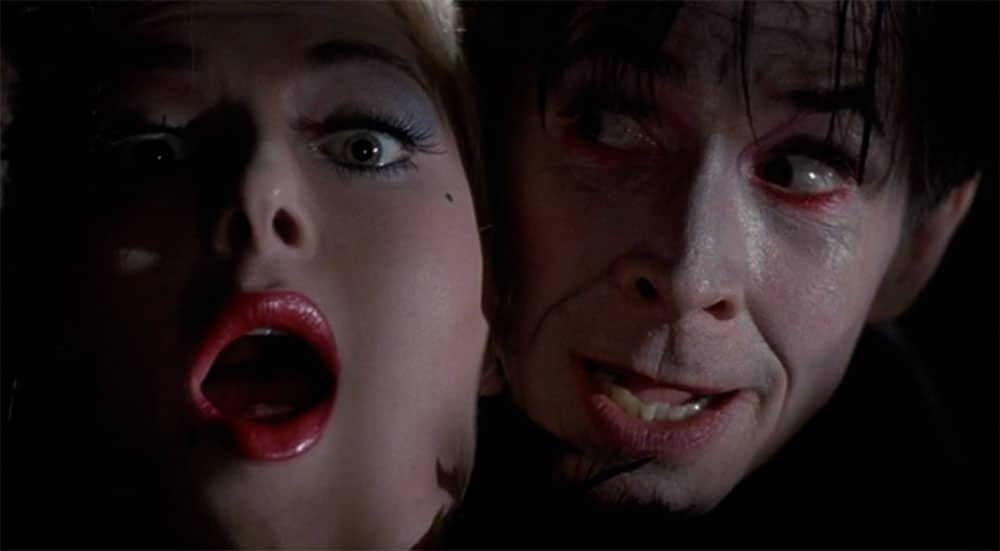 It was a great choice to keep the makeup subtle, as Perkins is transformed into Hyde, and you can imagine the Director went to the makeup department and said, “Give me a sweaty Iggy Pop.” They nailed it. There is a bit of a David Lynch vibe (with the color choices and some Fisheye over-the-shoulder shots) and some Ken Russell vibe (Nuns fornicating and self-gratifying). But the film, on the whole, lacks a chase. There is little tension built. This serial killer is sought out passively.

A lot of potential left on the table.

Norman Bates himself, Anthony Perkins, takes on Dr. Jekyll/Mr. Hyde and a variation of Jack the Ripper. Possibly the most infamous trio of psychopaths who called London their home of horror.

Plenty of bare breasts, as a large portion of the film takes place in a brothel, and Mr. Hyde is relentlessly abusive. 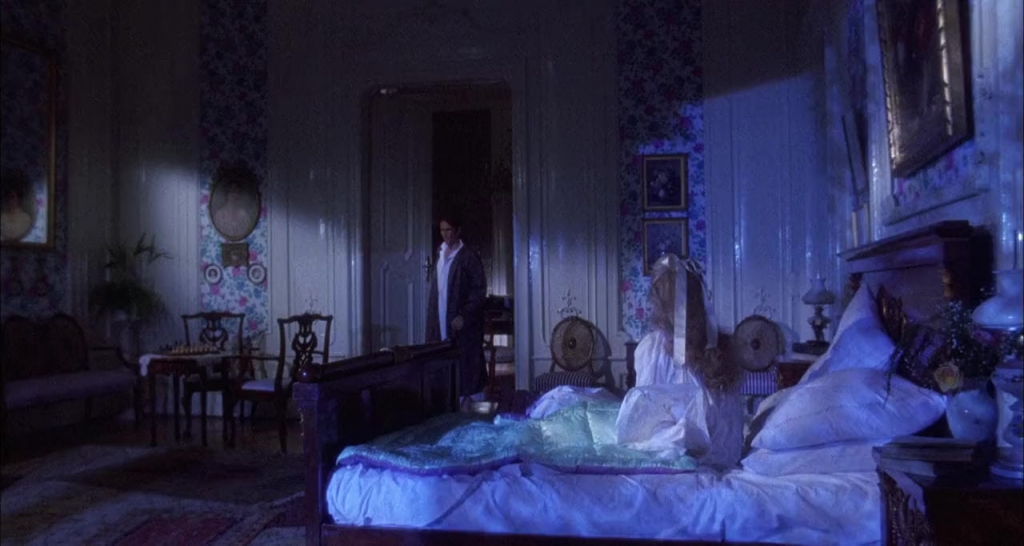 Anthony Perkins transforms into an Emo-Goth God in the vein of Peter Murphy, or Robert Smith, and especially Iggy Pop. He must have been intimidating to be around because he has such substance in his eyes.

I would have loved to see this classic horror tale told in a contemporary (to the eighties) setting. Dingy theaters on the lower east side. Peep shows in Times Square. Perkins’ performance was strong enough, I could imagine him taking on renditions of all the Universal Monsters in a succession of re-imaginings.

Released as the second half of a double feature Blu-ray by Scream Factory with the lead film being Destroyer. You can also rent the film on Vudu.