The documentary “Hitchhiking to the Edge of Sanity“ is a story of harrowing adventure, danger, disillusionment and, ultimately, friendship. 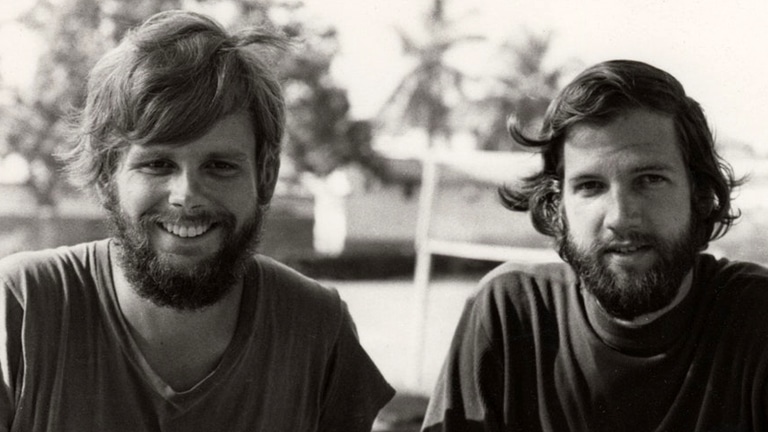 Producer, Director, and Editor Scott Petersen (Out of the Loop) presents us with his fourth film, Hitchhiking to the Edge of Sanity.

This important and compelling documentary chronicles the 1971 summer adventures of disillusioned writer Dick Russell and optimistic photographer Steve Ewert. It’s the harrowing story of how two Kansas kids survived a hitchhiking trip across the Sahara, set against a backdrop of the turbulent social upheaval of the early 1970s in America.

The premise of the film is reminiscent of the “Lost Generation” and is very much in the vein of Jack Kerouac’s On The Road.

Two young men, a philosopher and a dreamer, leave behind the social unrest brought on by the Vietnam Conflict and civil rights movements to roam Europe and later trek across Africa, cataloging their experiences and selling the stories and photographs to continue funding their efforts.

The picture depicts numerous real-life horror scenarios that the pair experienced throughout their partnership. 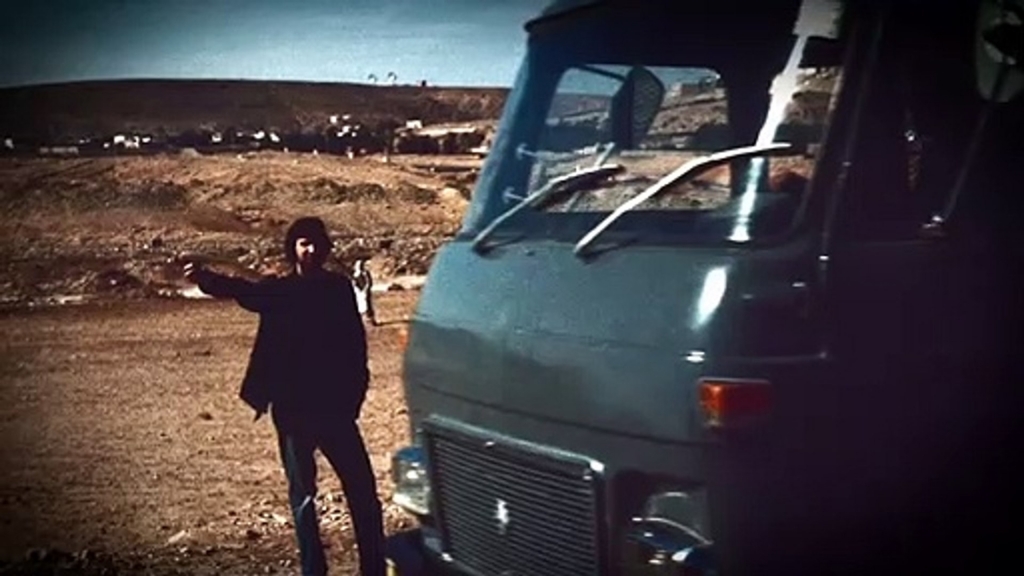 In 1971 in Accra, Ghana, Steve Ewert woke up in a cold sweat. Bugs crawled out his mouth. Fear gripped his very soul. “I’m losing my mind!” he cried repeatedly to his travel companion Dick Russell.

The film effectively alternates between interviews, aged reenactments, and animations to hold the viewer’s interest. One of the first stories shared by photographer Steve Ewert involves chartered transportation via ferry pilot from Canada to Ireland in a plane overloaded with large containers of petrol. The trip found completion, but the temporary stalling of the engine was cause for alarm. This first account purposely sets the tone for the docufilm and what to further expect.

From waiting thirty-six hours in the Sahara desert for an opportunity to hitch a ride, hallucinating conversations with non-present family members (and eventually having a breakdown), or near abduction scenarios, the duo encountered various plights.

However, not all experiences were bad. Russell and Ewert also gained the opportunity to discover and develop themselves throughout their journey, and broaden their perspectives. From witnessing the near assassination of a Ghanan Chief of the Ashanti people (and making the split-second determination whether or not to take an unauthorized photograph) to spending an evening celebrating with a fetish priest. These gentlemen experienced countless ‘opportunities of a lifetime’. 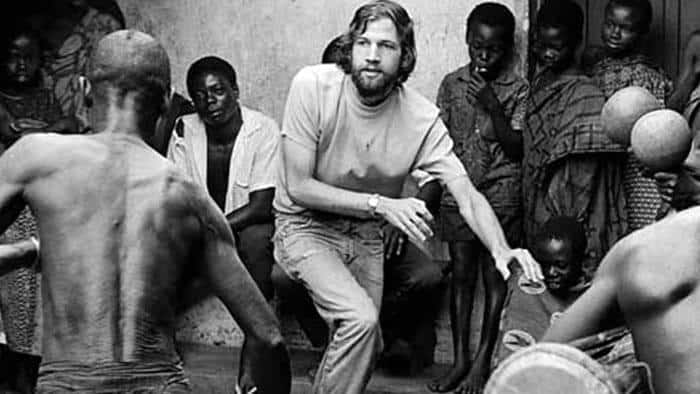 As the US deals with a toxic political climate, Hitchhiking to the Edge of Sanity takes a look back to a time that feels so similar in so many ways. The film also serves to broaden the audience’s horizons with a discussion of political figures and world geography. However, at a brisk 57 minutes, this is a documentary film that can be easily enjoyed by the casual viewer as well as those seeking to expand their education.

The film moves along at a steady and entertaining pace.

The viewer familiarizes themselves with the two protagonists, and we are given narratives from each party’s point of view. Even with the alternating storytellers, the presentation is an engaging account. Perhaps the only drawback is the third act in which the companions come together and share souvenirs from their trip such as unseen photographs or the surviving single-spaced journal written by typewriter. This portion of the film lags a bit, but does serve as a good epilogue in which the audience is allowed to find out what events occurred post-trip.

Hitchhiking to the Edge of Sanity is available for rent or purchase via Amazon, and physical copies of both the educational and retail versions are available here. It is also available to stream for free on Tubi.