Directionless and vapid, “Hellgate” fails to fulfill even its own laid out clichés as it rode direct to video with a pitifully literal cover. 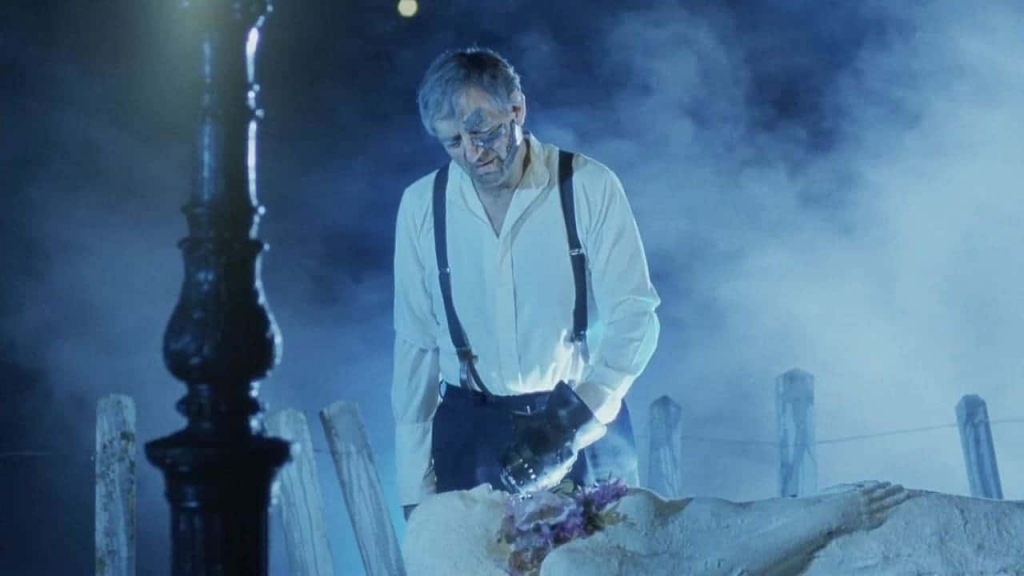 In the town of Hellgate, thirty years after the brutal murder of Josie by a motorcycle gang, two couples take a vacation only to find out Josie’s father has the power to resurrect the dead — allowing Jose and her horde of zombie ghosts to wreak havoc on any who should cross their path.

This is the epitome of cult film. Something that seems to have no redeeming value but is so absurd it could catch on. Ridiculous lines, ridiculous scenes that can stick with you, begrudgingly.

The story was confused throughout. The ghost story is presented, fireside, by our “teens”. They recount the tale of the Hellgate Hitchhiker, but once they encounter her there’s no recollection. A ghost story becomes filled with zombies. An actor who fifteen years earlier played a high school student at twenty-five years old, now plays a teenager at forty years old.

A grief-stricken father now pimping out his resurrected daughter, to grow his army of the undead. Lines step on each other. Hardly explained supernatural elements. Horschack in some sex scenes, which is something I never expected I’d be subjecting myself to. 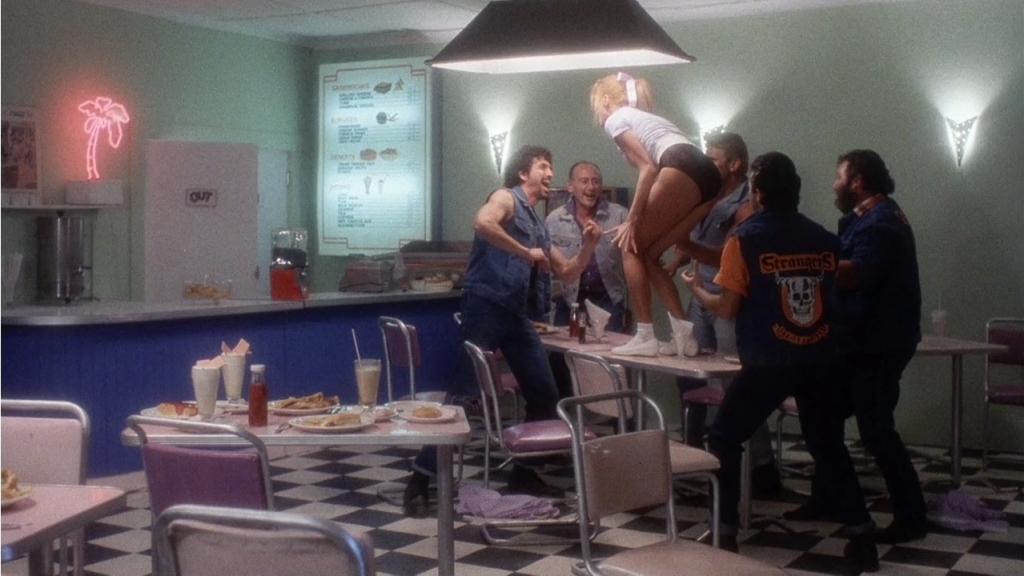 I did have a moment of pity early on as I thought the actor who played Lucas was John Astin, of The Addams Family fame. I thought surely the 80s was kind enough to his son Sean to allow for such a great actor to be picky with his projects. It was in fact not him, but South African actor Carel Trichardt.

There are some wacky animatronic scenes for what reason I’m unsure. The element of resurrection had already been handled. Some typical practical effects. The laughing corpse being the most effective. In the end, this would be a perfect example to show someone curious about direct to video horror films in the 80s and their quality or lack thereof.

Ron Palillo who plays Matt is most memorable for his laugh as Horshack on the 70s sitcom Welcome Back, Kotter. To horror fans, he’s recognizable as Allen in the best installment of the Friday the 13th series, Jason Lives, getting his heart punched out.

Forcing a sexual edge to a character never works out. Instead of playing to Palillo’s strengths — making people laugh — he’s walked through the cookie cutter writing of an 80’s horror leading man, which itself garners a laugh. 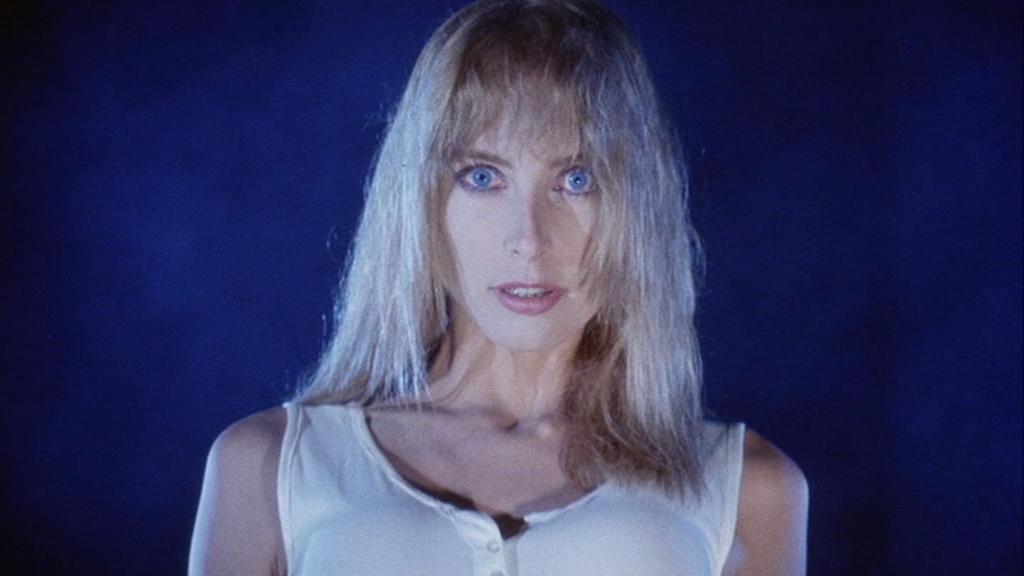 Abigail Wolcott, who plays the seductive specter Josie, has the most unique blue eyes that read purple through this lens. It adds to her ghostly nature.

If you could find a valuable arc, you’re a better excavator than me.

Though the title has been frequently used throughout cinematic history, there is no relation.

Arrow Video released a Blu-ray version with new cover art by the one and only Graham Humphreys.