A done-to-death premise, this iteration isn’t unique enough to be noteworthy but does feature some creepy moments and bloody kills. 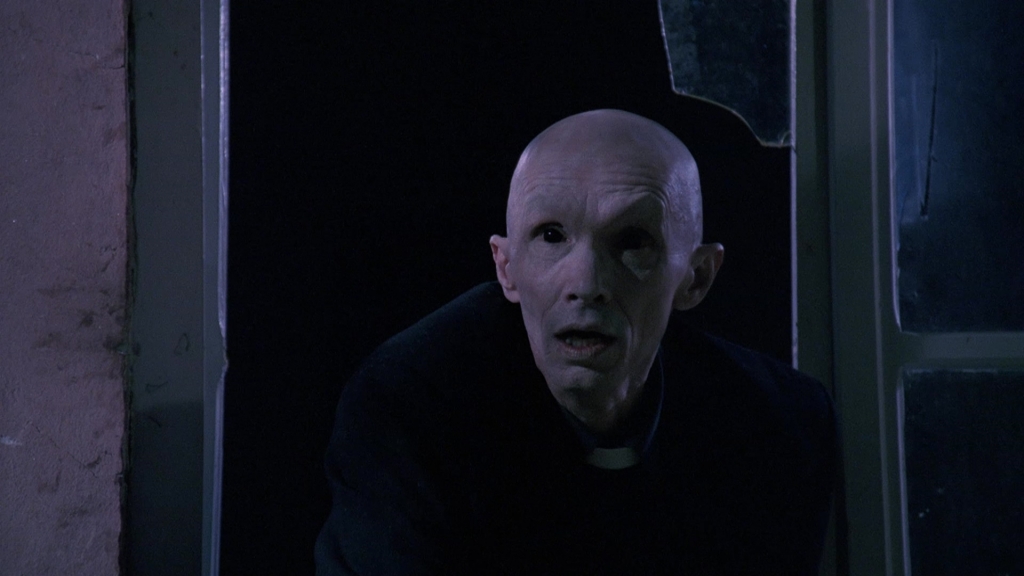 On Hell Night, a group of fraternity pledges is enlisted to get a picture of an insane murderous priest in his cell, but instead, they end up releasing the evil killer who rains terror upon their frat house. Let’s dig into 1992’s “Happy Hell Night”, directed by Brian Owens!

This straight-to-video horror lacks direction, and the fun parts aren’t enough to save it.

Hopping around chronologically, in the beginning, fails to provide any real exposition and leaves that for much later in the film — which becomes cumbersome rather than a shocking twist.

Connecting all of this with a religious rite with a corrupt priest (those are rare, aren’t they?) some twenty-five years earlier makes this feel like two separate movies cut and pasted together. Then all of a sudden we flip to a supernatural film by the end. What we end up with is a bunch of sequences they thought would look cool; a killer that looks proper creepy; a weapon that’s effective but out of place; and a finale that hoped for a sequel which thankfully never came.

The director has a story credit on Brainscan (one of my favorite 90’s horror films and a sure bet to get dug up soon), which features a script by Andrew Kevin Walker, the writer of one of the most brilliant screenplays ever: Se7en. Thus, I had higher hopes for this one. 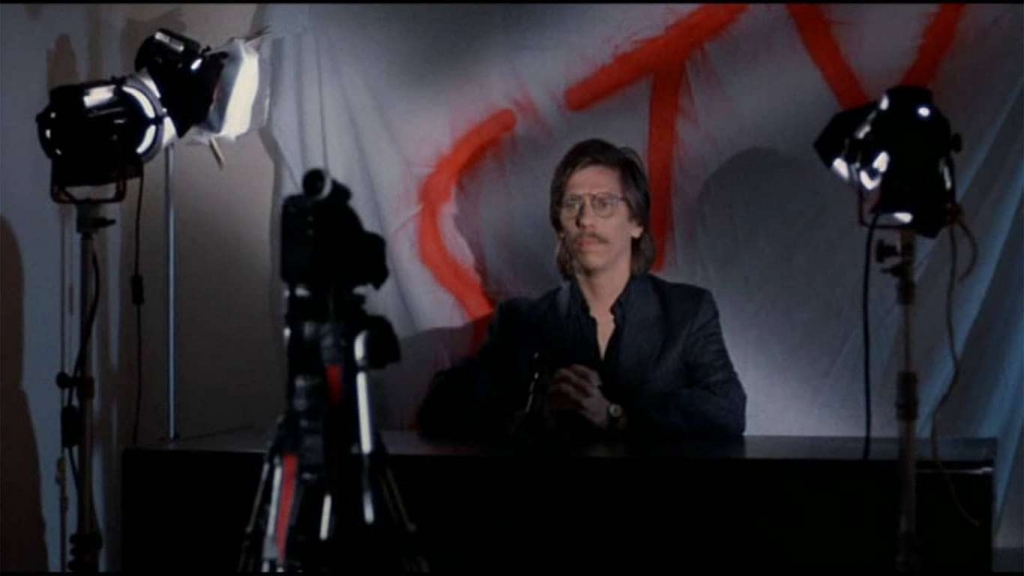 Darren McGavin (Henry Collins) is most famously The Old Man from A Christmas Story, a near-impossible film to avoid, as well as Brian Madison (Billy’s Dad) in the Adam Sandler classic Billy Madison.

The sorority girl smart enough to skip out on Eric before being filmed in their exploits, yet meets her tragic end upon leaving, is Jorja Fox, who enjoyed a long run starring in CSI. She goes uncredited in this film, though has more than a background role.

Playing a young Henry Collins (Darren McGavin’s Role) is none other than Sam Rockwell. He’s hardly on screen but easily recognizable. 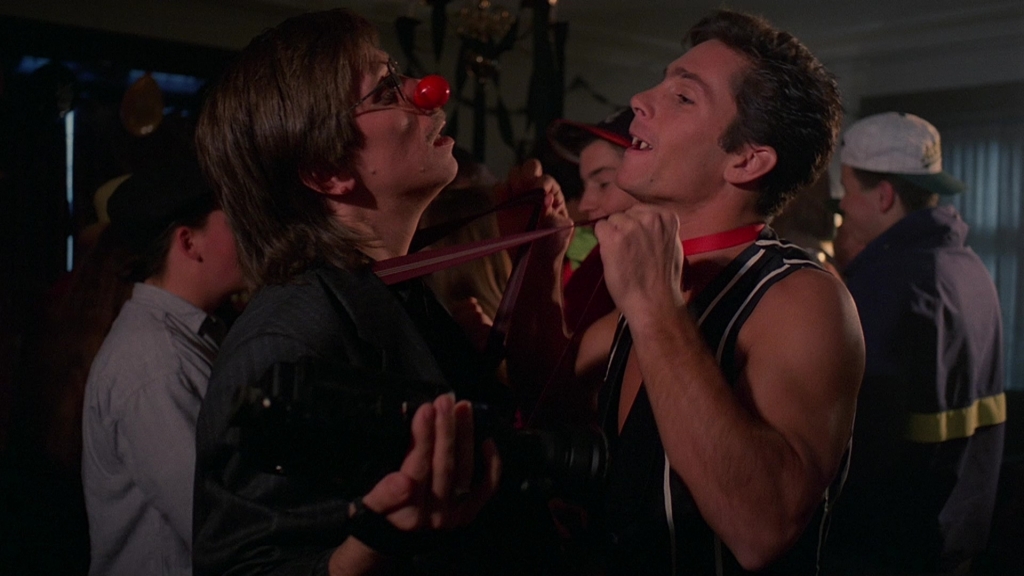 This film is filled to the brim with gratuitous moments of nudity. Resident nerd, Ned Bara (Ted Clark), gets his rocks off by filming his more endowed fraternity brothers having sex with sorority girls. It feels as grimey as it sounds and his commentary makes it creepier. A lot of past coverage on this film considered the gore controversial, but maybe I’ve seen too much because it hardly registers as such for me.

Brother Sonny (Frank Hughes) has that 90’s grunge look going with the leather jacket and unlaced boots over ripped acid washed jeans. His flowing raven locks are sure to make anyone’s heart skip to a Mudhoney bass line.

This falls into the category of best left alone. Not because it holds a level of sanctity, it just does not deserve to be exhumed.

Code Red with Ronin Flix released a Blu-ray that is available on Diabolik. It is also available to stream on Tubi.