“Hell Night” contains all the tropes, archetypes, and clichés you’d expect in an early 80’s slasher film, yet it still holds up. 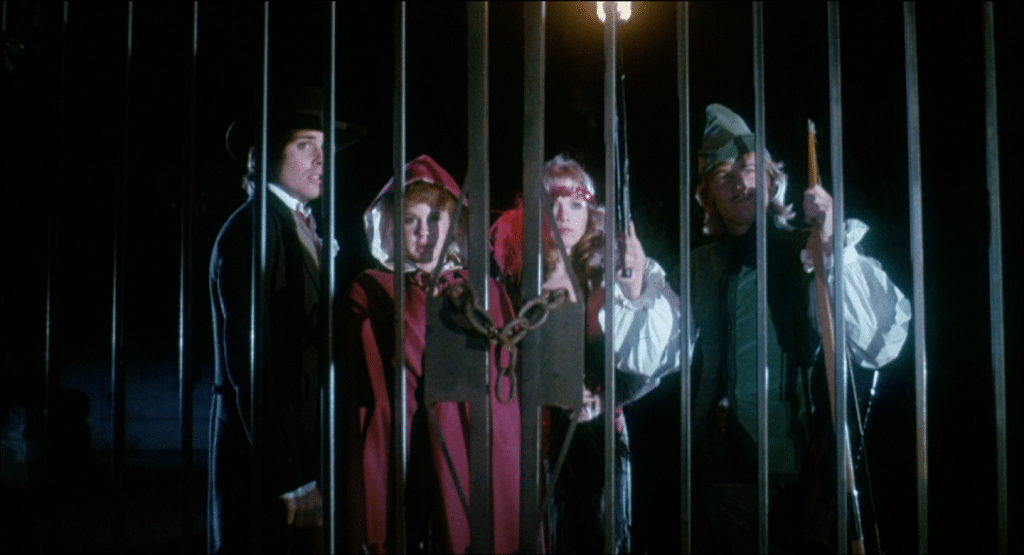 Forced to spend the night at an abandoned mansion, four pledges find out that the legend of horror about the house is fatally factual. Let’s dig into 1981’s “Hell Night”, directed by Tom De Simone!

It all starts with a scream!

A huge frat party with an abundance of raging hormones kicks off the final film from Irwin Yablans Compass International Films, which was responsible for Halloween 78’, Tourist Trap, and recent Daily Dig alum Fade to Black.

Led by fraternity President Peter (Kevin Brophy), four pledges are brought to an abandoned mansion and given a tale of terror that befell its previous occupants. A massacre perpetrated by the patriarch; he left his “mongoloid” teenage son alive to witness the slaughter. Ominously, the surviving son had disappeared, and it has now been twelve years since the tragedy.

Paired off nicely in couples, the pledges will be subjected to scares set up by Peter and his cohorts. Swinging windows, screams through the house, projected specters, and to everyone’s surprise an actual killer.

A plot hole that I can’t seem to shake, it seems this initiation ritual is an annual event, so why did the killer wait until now? Anyway, let it pass. 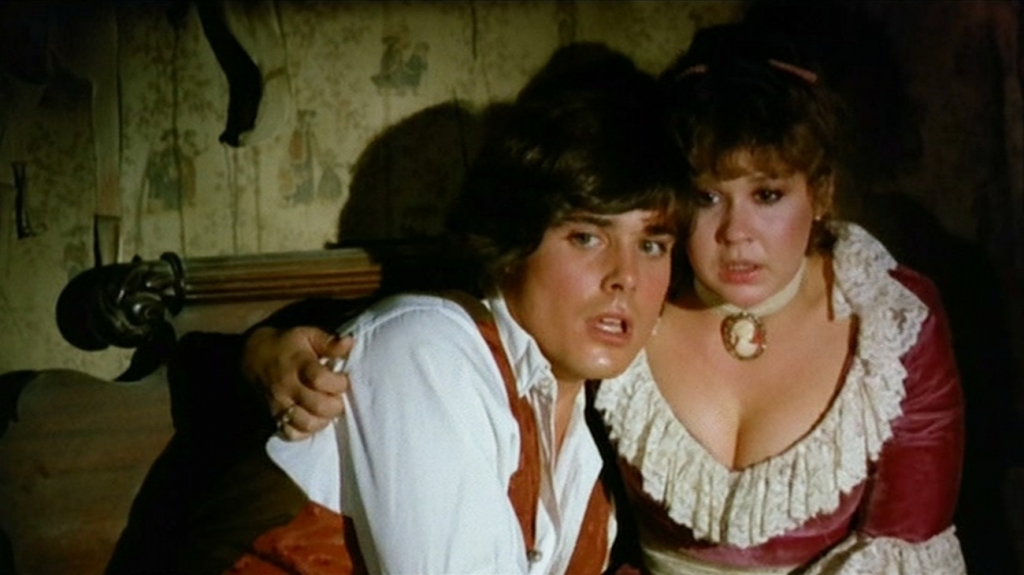 The killer is mostly kept in the shadows or out of sight completely, and it becomes clear when he is finally revealed it was a wise choice. When he finally steps into the light, we see he is dressed like Frankenstein’s monster, shoulder pads and all, with 80’s glam rock eye makeup and poor prosthetics. The artificial umbra acted as an accelerant of terror and they should have stuck with that. In the darkness of the tunnels, he almost looked like Uncle Creepy.

Topped off with two tidbits of trivia: an uncorroborated report that Kevin Costner was employed as a grip on this film (per Vincent Van Patten). Secondly, Frank Darabont the frequent Stephen King property adaptor and illustrious Script Doctor was a PA just thirty years before he cursed us with the never-ending pop culture boil that is The Walking Dead (OK, Kirkman is more to blame).

Everyone’s favorite pea soup shooter Linda Blair stars in her last horror movie for almost a decade as she tried to pave a way out of being typecast in horror films. Ultimately, she would make her way back home. 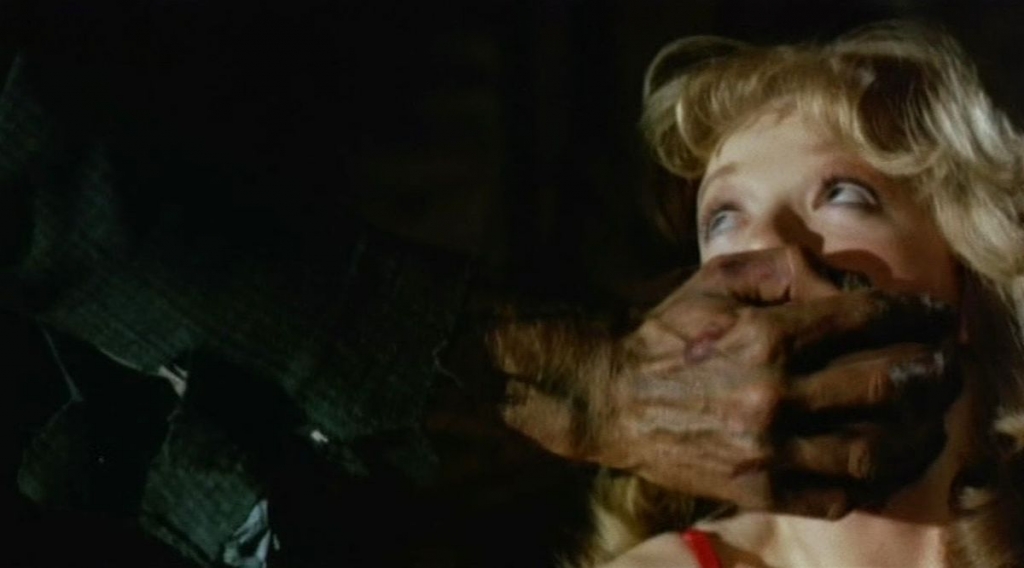 One would assume a huge frat party would be teeming with nudity and depravity from which to mine content for this section, but fear won out as the desired goal from most everything put on screen, save for a few laughs.

Party Girl Denise played by Suki Goodwin is cute as hell and fun. She looks familiar, like she could have been in a bevy of 80’s comedies, but her bubbly personality unfortunately was not employed as such. Her rosé skin, strawberry blonde hair, an indiscernible UK-ish accent, and a slight lisp all packaged in ladybug lingerie make for cinematic eye candy, modest by 80’s slasher standards.

It would be easy to pull off. An up-and-coming cast. A tight script. Could easily make a riot of a film. Nothing mind blowing or award winning but enjoyable.

Scream Factory released a Blu-ray packed with hours of new extras and interviews. It’s also available to stream on many platforms, including Shudder, Tubi, Amazon Prime, and Shout Factory TV.