A plot-less mess of a film, the only redeeming parts are the expertly fabricated creatures and a New Wave/Rockabilly Punk soundtrack. 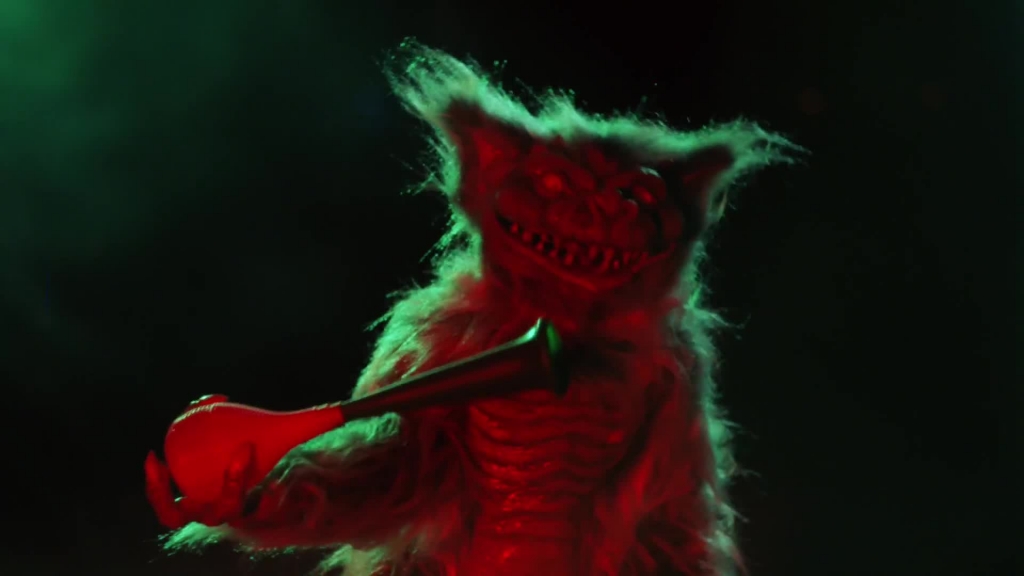 Hobgoblins escape from an old bank vault and cause chaos wherever they go. Let’s dig into 1988’s “Hobgoblins”, directed by Rick Sloane!

I have no idea what this movie was about besides some creatures causing a ruckus. Reportedly the story and creatures were augmented just prior to filming, and last-minute changes like that are very clearly a bad idea. There is no plot. There are Hobgoblins driving a golf cart, which isn’t an everyday thing.

The most enjoyable sequence comes at the Scum Club, where we see a performance by The Fontanelles, a kind of pre-Patton Faith No More light (very light).

The focus script-wise seemed to be on jokes, and the best one of the bunch is the teen who was obsessed with calling a sex line. It’s the kind of stuff that shouldn’t be a leading theme, but it’s how they end the film as well, with a joke.

The banter is boring, but I’m sure in a looser environment where I’m shooting the shit with friends and only half paying attention to the screen it could be good for a few laughs. It seems to be made for mocking, which some people dig.

Duane Whitaker (Roadrash – great character name) was Maynard in Quentin Tarantino’s Pulp Fiction. The owner of the shop that Marcell Wallace and Butch have their bonding moment in. He also had roles in Texas Chainsaw Massacre 3 – Leatherface and Tales from the Hood. 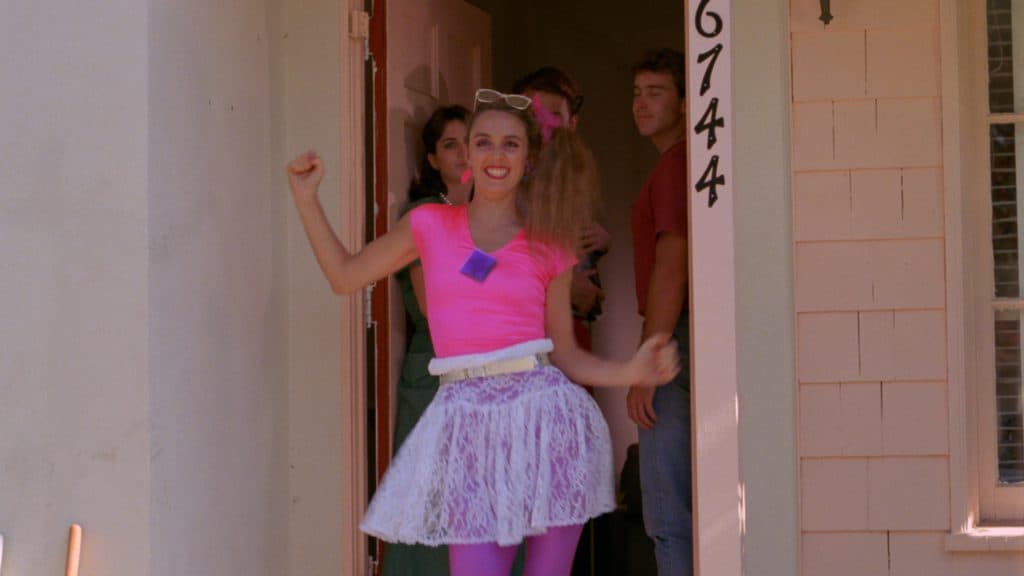 It was innocent enough of a film, but putting a stuntman through a full burn probably was as gratuitous as it comes.

Kenneth J. Hall’s work on this film is phenomenal. It may be the only visually pleasing aspect. He worked with the Chiodo Brothers on Critters, was part of the fx team on Ghoulies, and was the creature designer on the recent Nic Cage flick: Willy’s Wonderland.

I’m sure there’s an ironic cult following of this film, so maybe it’s worth the time.

A sequel was released in 2009 and was also created by Rick Sloane.

Vinegar Syndrome has a Blu-ray out with some new features including an interview with creature designer Kenneth J. Hall. You can also stream from Tubi or Vudu.