“Witchery” is an absolute mess of a film that holds very little redeeming qualities beyond witchy torture scenes and an idyllic setting. 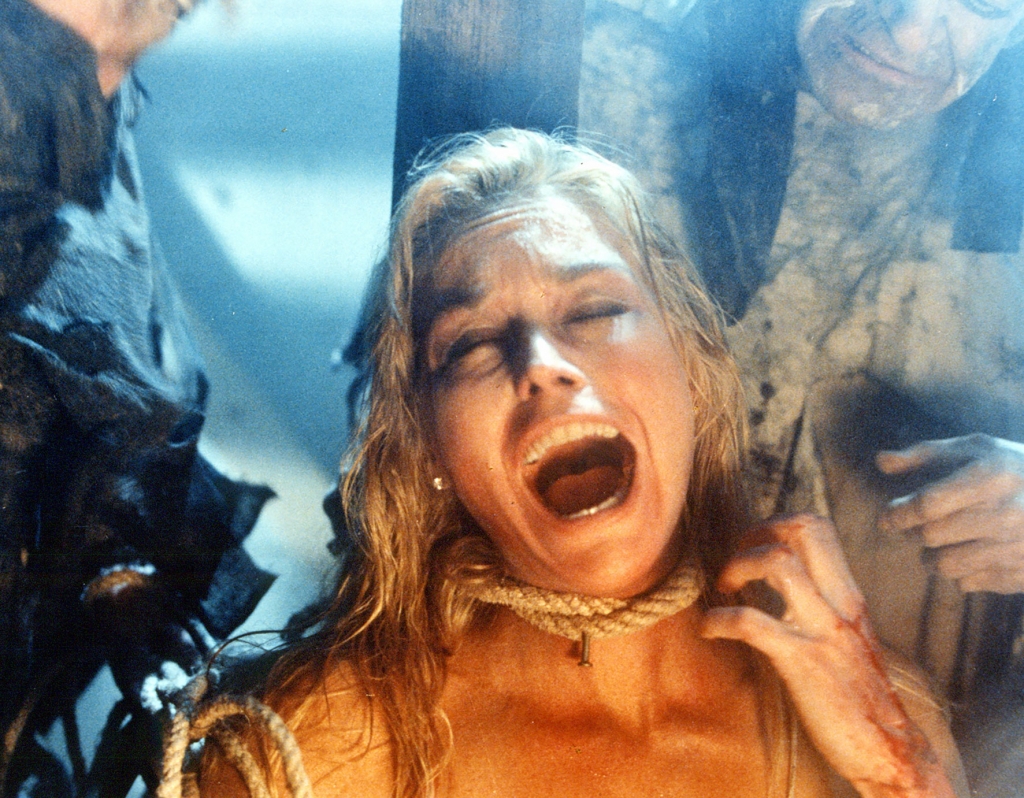 Two groups of variously related people are stranded on an abandoned island off the coast of Boston and shack up in a haunted hotel as they are murdered and tormented by the resident Witch. Let’s dig into 1988’s “Witchery”, directed by Fabrizio Laurenti!

None of it makes any sense and the parts that do are hard to care about.

With a cast of characters as long as an NFL roster, there is no one to root for and no chance to understand the connections. Characters include a rich and snobby family looking to buy an island, an aloof and pregnant Linda Blair (Jane) who is haunted by visions and nightmares thanks to a scheming witch, a beautiful architect, a couple investigating odd occurrences on the island, and a poor little kid thrown in for good measure.

Odd trippy sequences transport the characters to a subterranean torture chamber where they witness the Witches munching on a fetus and torturing their family members. The torture scenes are just about the only watchable sequences.

The pacing of the film is pure trash and sex scenes are thrown in for the hell of it. 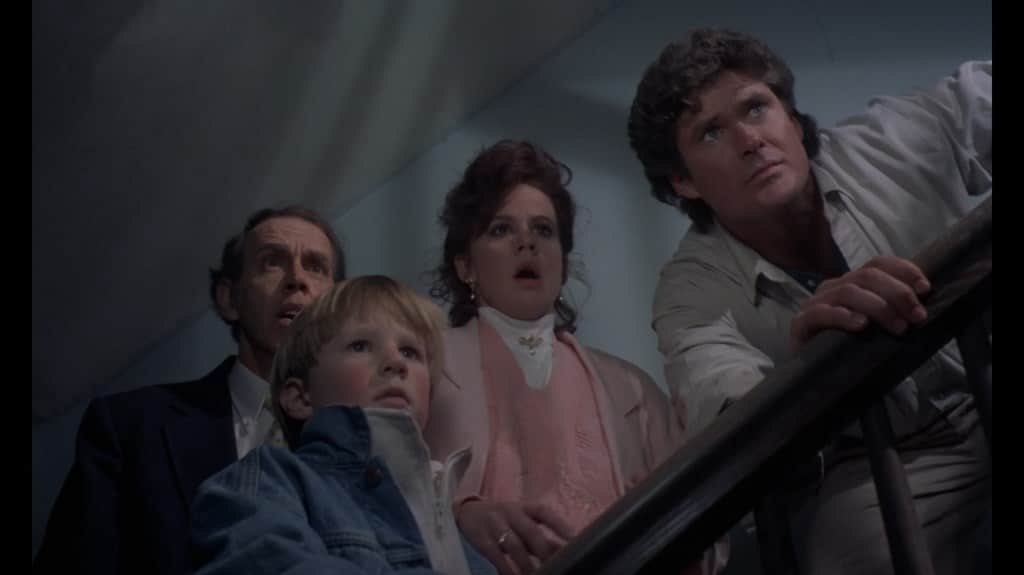 Nothing is scarier than a demonic recording playing out over a sesame street cassette player. There are some decent effects, specifically the guy with the shellacked hair and sewn lips. The Hoff gets a mouth full of arterial spray and Linda Blair goes full Beetlejuice with her hair-do.

I wonder if they know how incoherent of a film they were making as they were shooting.

Linda Blair is horror royalty, but certainly not for this film. Her role as Regan in The Exorcist is one of the most nightmarish performances in horror history.

Though a predictable twist, the immaculate conception angle needed one thing of course: a virgin. Leslie’s adherence to her boundaries was pivotal for that to work. Gary being such a dog made the supernatural fertilization more impactful, but it was still creepy. 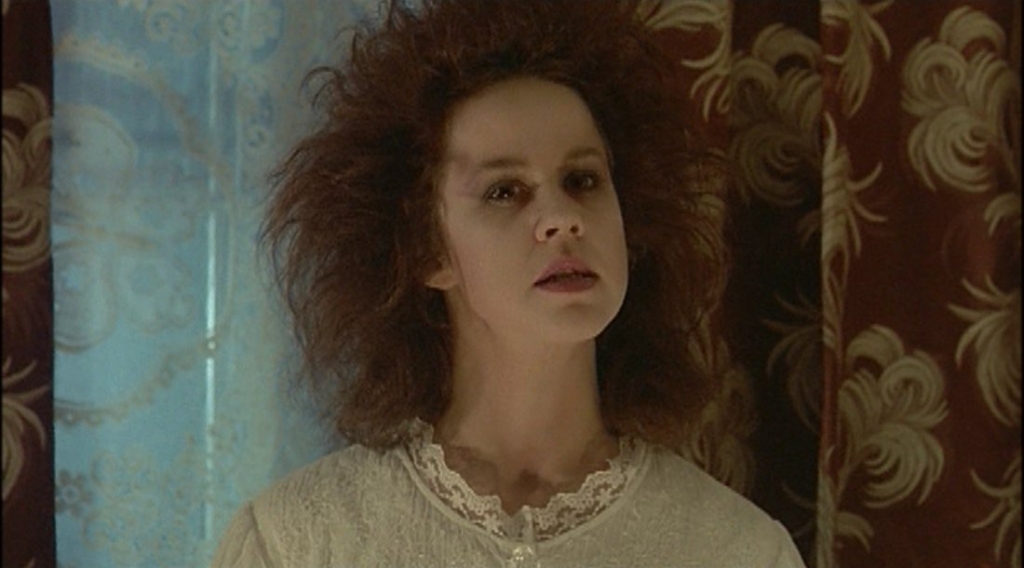 You could say The Hoff is looking young and spry, but his character’s obsession with deflowering Leslie is extremely off-putting. So that leaves two beautiful Women: Leslie Cunning and Catherine Hickland (Linda) to decorate a muddled film with their easy to look at faces.

If setting a ghost/witch story in New England — on such an amazing location as a secluded island with an abandoned building — could be considered a remake, I’m all for it. Otherwise, there is nothing to mine from this bare-bones tale.

Much like its predecessor La Casa 3 (aka Ghosthouse), this film is a follow-up in name only. Just as they tried to bank on the success of another film and franchise (using La Casa – the Italian title for Evil Dead II – as a selling point) La Casa 4 and the next installment Beyond Darkness have little to do with each other besides being horror films.

Shout Factory put Witchery on a double feature Blu-ray with Ghosthouse aka La Casa 3. You can also stream on Tubi or Hoopla.