The Daily Dig: The Living Dead at Manchester Morgue (1974)

The most underrated and overlooked zombie flick of all time is worth watching, even if Robert Kirkman has made you hate zombies. 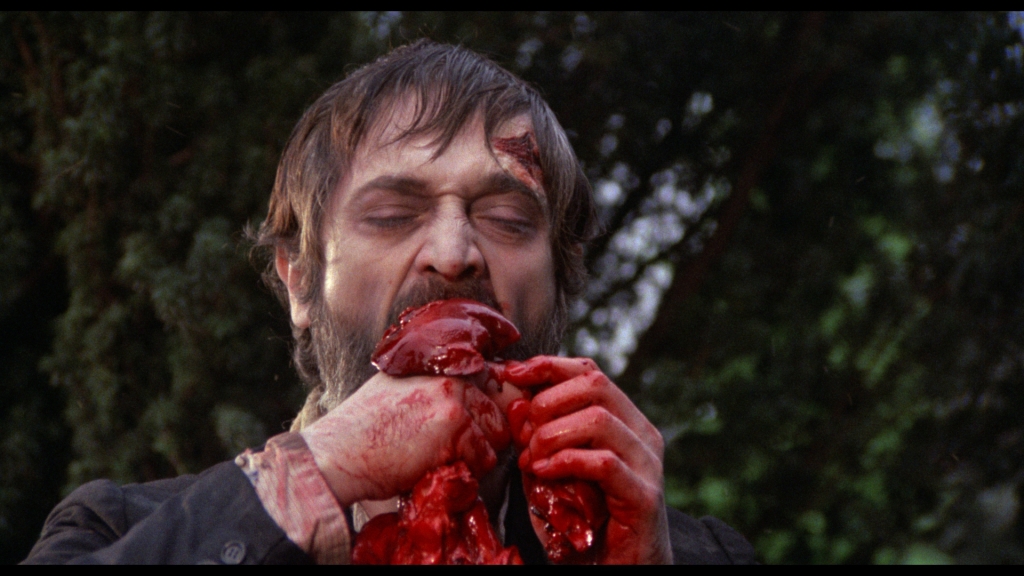 Two travelers find themselves in the middle of a zombie attack and are also suspects in the murders that the walking dead commit. Let’s dig into 1974’s THE LIVING DEAD AT MANCHESTER MORGUE, directed by Jorge Grau!

There are an unbelievable number of alternate titles for this film. I won’t list them all here and pad the word count. But I watched this on Shudder under the mentioned title and then realized I own the Blue Underground release of the film, which was titled Let Sleeping Corpses Lie.

Filmed partially in South Yorkshire, not far from the River Sheaf, the setting is brilliant and inviting, which is just the right juxtaposition you would want for a movie that lures the characters into a trap of flesh eaters.

The plot summary excited me with travelers being blamed for a zombie attack and the locals being none the wiser that their deceased relatives are now roaming the countryside tearing flesh from bone.

The crypt they enter is much more Dracula than Romero, but it is still pleasing to the eye. 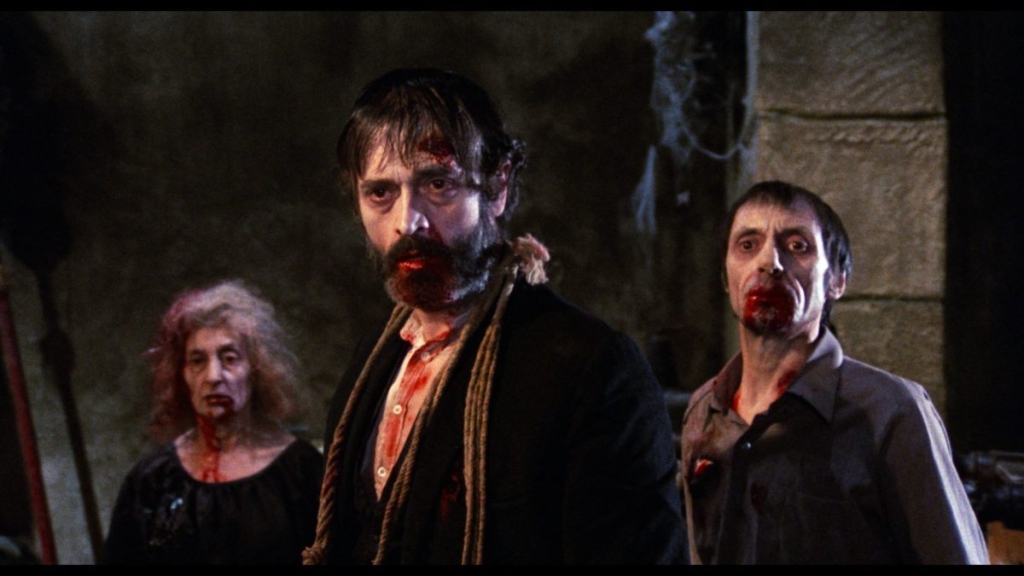 There is a poetic flair to the film that was surprising. I’ve never heard a zombie compared to a plucked flower, “living” just a little longer post-mortem. I’ve also never seen a zombie throw a tombstone.

A single line in the film perfectly encompasses the absurdity of living dead films and clearly shows how terrifying the notion can be: “There are dead people trying to kill me!”

It’s not much on face value, but it’s a line with legs that trample all over the amygdala.

In the end, an ultrasonic agricultural bell meant to act as a pesticide is what is causing the dead to reanimate. It’s ridiculous, but so are zombies, and we still love them (pre-Kirkman).

A mix of Italian, Spanish, American, and British actors. None of which I recognize. But Arthur Kennedy was in David Lean’s epic Lawrence of Arabia.

People say Americans are over the top (they are), but can you imagine the inherent, audacious pomposity you must have to keep a pet Owl? 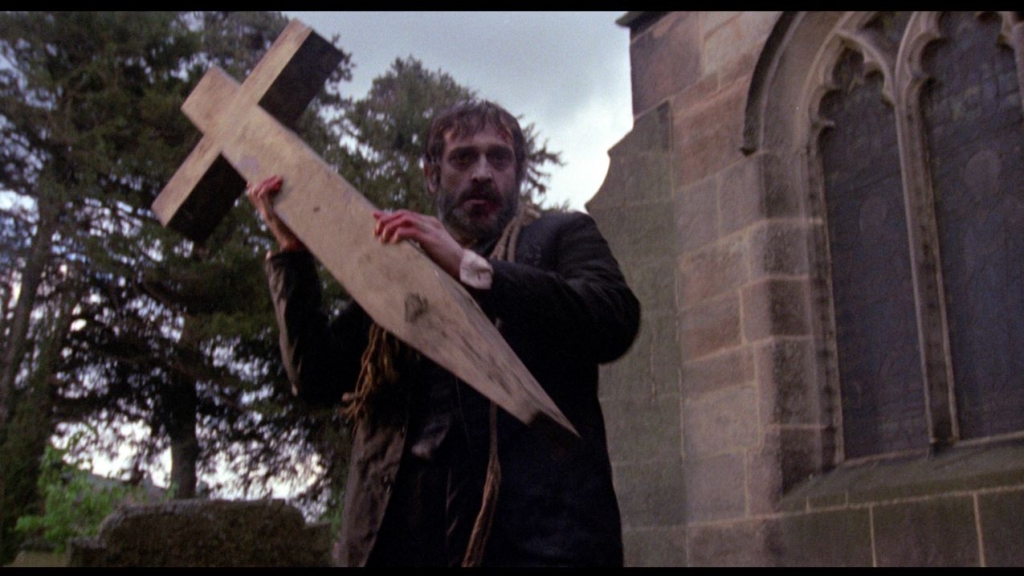 There is nothing like the English countryside with hundreds of years old stone walls lining roads that are too narrow and poorly paved that turn into expansive grassy estates.

Do we need more zombies?

It was remade in 1981 by Korean director Beom-gu Kang as A Monstrous Corpse — which I have yet been able to track down and watch.

Synapse Films has a Blu-Ray with a decent amount of extras, including a career retrospective of director Jorge Grau. You can also stream it on AMC+, Shudder, VUDU, and Night Flight Plus.