A director at the top of his game despite an average script, this Giallo film from the master Fulci is better than reported. 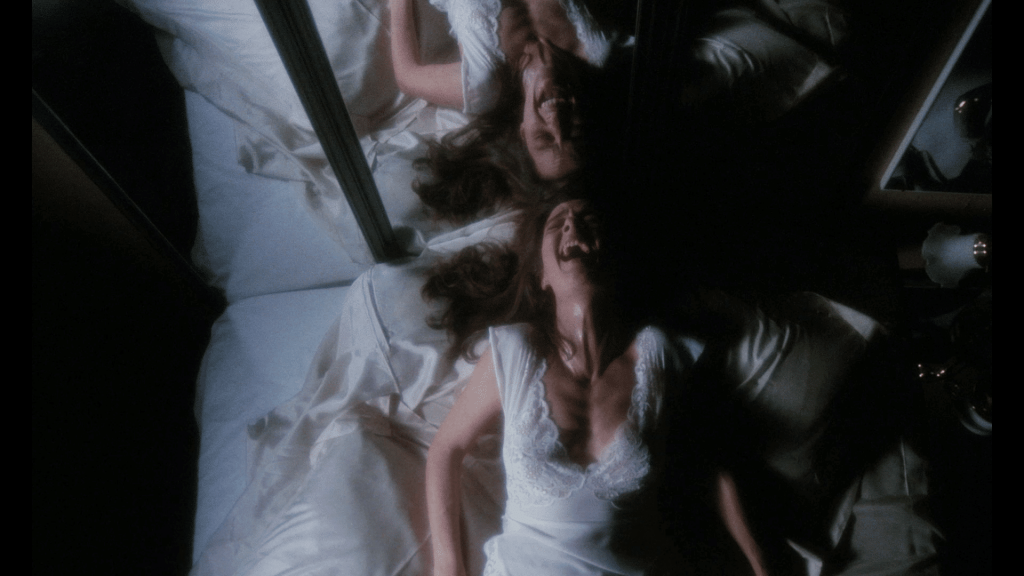 An elite dance group is picked off one by one by a mysterious killer with a hairpin and enigmatic motive. Let’s dig into 1984’s “Murder Rock: Dancing Death”, directed by Lucio Fulci!

Fulci is a master, which goes without saying. Zombie, The Beyond, The House by the Cemetery; there is no denying his brilliance in film. For some reason, this is not counted amongst that crowd of gold coins.

I’m not sure how much of what I saw was Fulci’s directing and how much was cinematographer Giuseppe Pinori’s hand, but the sum of it all is again — brilliance. The lighting, the mirror shot, the over-the-shoulder finesse, the artistry was all astounding to me. That’s not to say the script kept up with the skill. It certainly did not. I thought at first I might be watching a musical, but those sequences were very enjoyable.

It wasn’t De Palma level eccentric like Phantom of the Paradise, but it had panache. 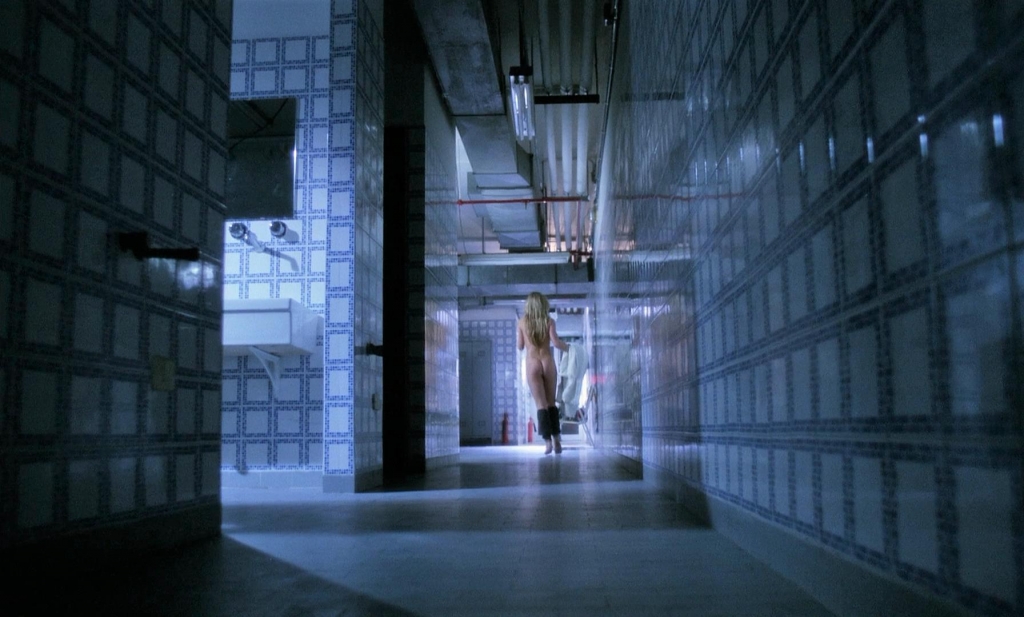 In traditionally Giallo form, the amount of red herrings is suffocating, right up to the very end. I can’t say I can recall another film that uses a hairpin as the primary murder weapon, but it’s shrewdly effective.

The film also made me think about how many times phone call trolls are used in slashers. Why does everyone think that’s so scary? Is it the ruse of safety the distance of a voice on the other end of the phone intrinsically provides, only to realize the threat is nearby?

Too much apathy with the kills (beyond Susan’s) just makes most of the characters feel like sociopaths, but I really did enjoy the film and disagree with all the retro critics about how terrible they thought it was.

Last note: I was convinced that Willy Stark (Christian Borromeo) was somehow related to Cillian Murphy as he looked like a blonde doppelganger. 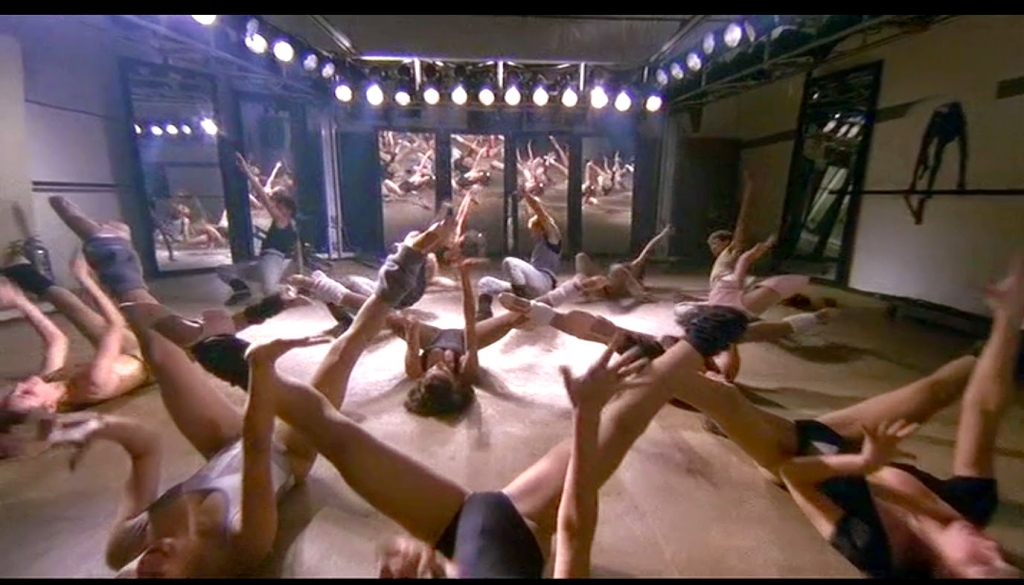 We could have stood to see a hairpin in an eye or through the throat, but most of them were stabbed through bare breasts directly into the heart. Nice and clean kill, minimal blood.

Much of the cast looks like they could have been cast in Kubrick/Spielberg’s A.I. right alongside Jude Law, they’re so flawless. But for me, the solo dance that Janice (Carla Buzzanca) performs is the show stopper. It rivals Teyana Taylor’s performance in Kanye’s Fade video. 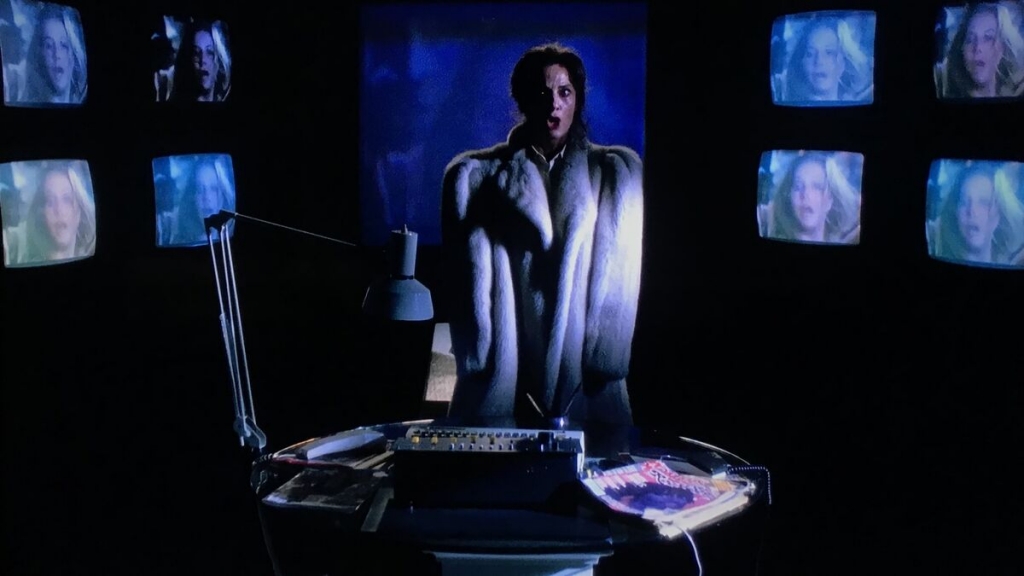 Sure, it’s got a lot of similarities to other films in the genre (Black Swan, the Suspiria remake) but it’s straightforward enough to stand on its own. Whether that warrants another hand moving in on Fulci’s territory I do not know.

Reportedly, a music-centric trilogy was planned but never manifested due to Fulci’s declining health.

A Blu-ray with some extras is available from Kino Lorber.