The rise of interest in the VHS market has also shined the spotlight on super low-budget features made by resourceful filmmakers well outside the Hollywood studio machine. These small-town filmmakers, while limited by financial resources, are unbound in their imagination and drive to put their stamp on the horror genre. 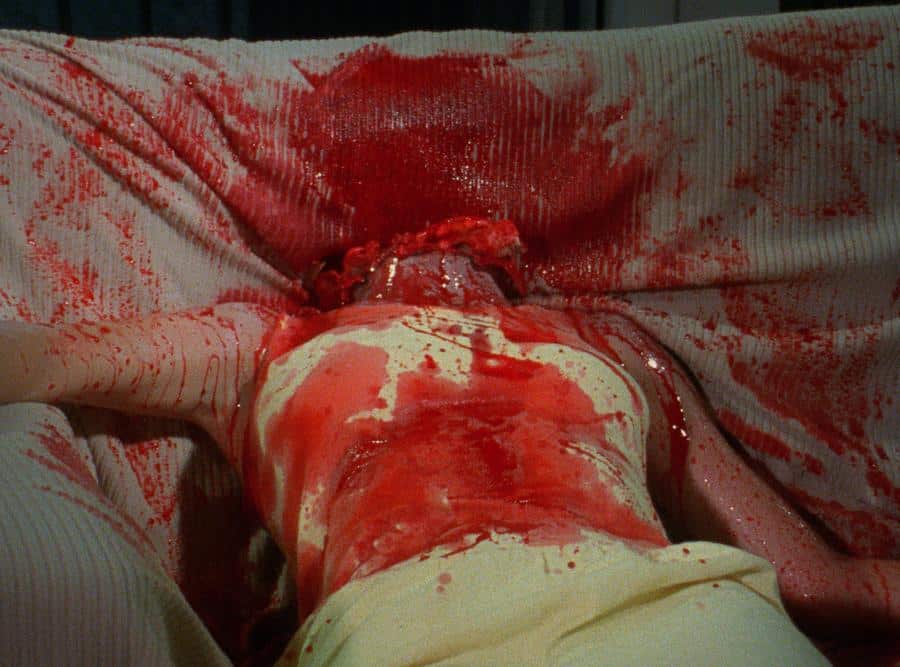 Of the three films, Fatal Exam is the most standard horror film.

A group of college students (six to be precise, and very specifically six) is given a final class assignment of investigating a house with purported supernatural activity. The students don’t take their assignment too seriously and soon turn to partying and being killed by a mysterious figure with a scythe. Fatal Exam starts off as a standard slasher before it flips the script into something different and more sinister.

Beyond Dreams Door is the best of the set. Ben (Nick Baldasare) is tormented by violent dreams that feature the deaths of those closest to him. As he investigates the meaning of his dreams with the help of a college professor, they begin to die in real life. Beyond Dreams Door is clearly influenced by ideas presented in A Nightmare On Elm Street, but delves deeper into a dream logic crashing into Ben’s reality.

Instead of going the slasher route, however, Beyond Dreams Door goes down the demonic road to great effect. 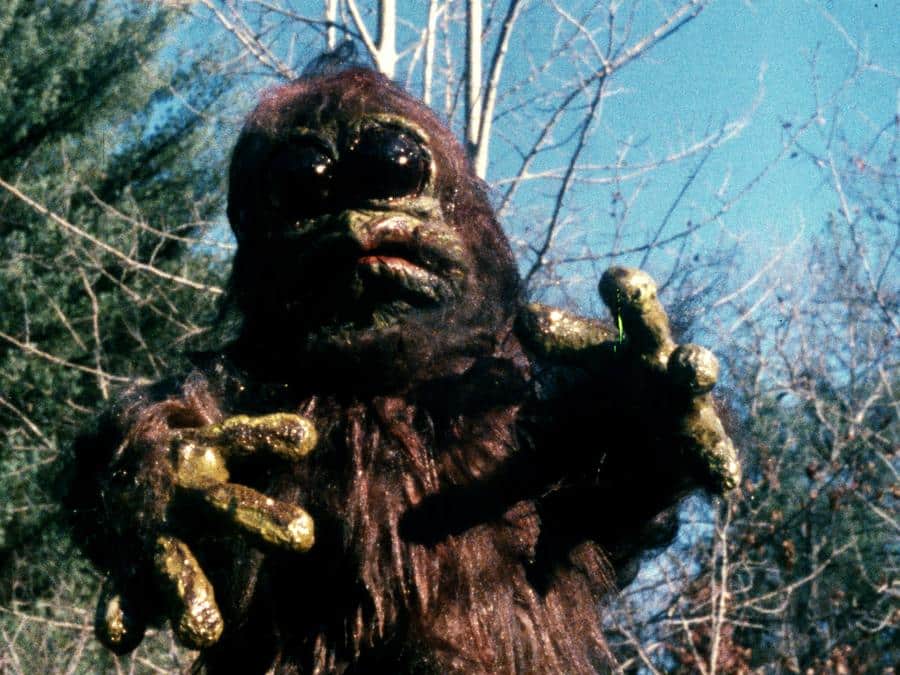 Winterbeast is a wild movie, and maybe the one that filmmakers starting out with a dream, a camera, and a group of friends can relate to best. Winterbeast was shot over a period of years, and it shows, with changing hairstyles, facial hair, and a nonsensical plot. What Winterbeast does have is monsters, murdering totems, and Native American black magic!

This is the movie where you tell yourself to sit back, smoke ‘em if you got ‘em, and enjoy the ride. There are great monster effects, impressive stop-motion animation, and truly bewildering dialogue that will leave you scratching your head or taking another hit.

It would be a stretch to say that any of these movies are good when compared to what’s available readily on streaming services like Shudder, or a Blumhouse production, for instance. But these three films have something for every horror fan to enjoy.

None of them drag or feel like they’re longer than their actual running time. All three films have very good effects and creature designs for their budgets. The acting and dialogue can be a chore to watch at times, but overall these are three films that deserve your attention and will earn your fandom. 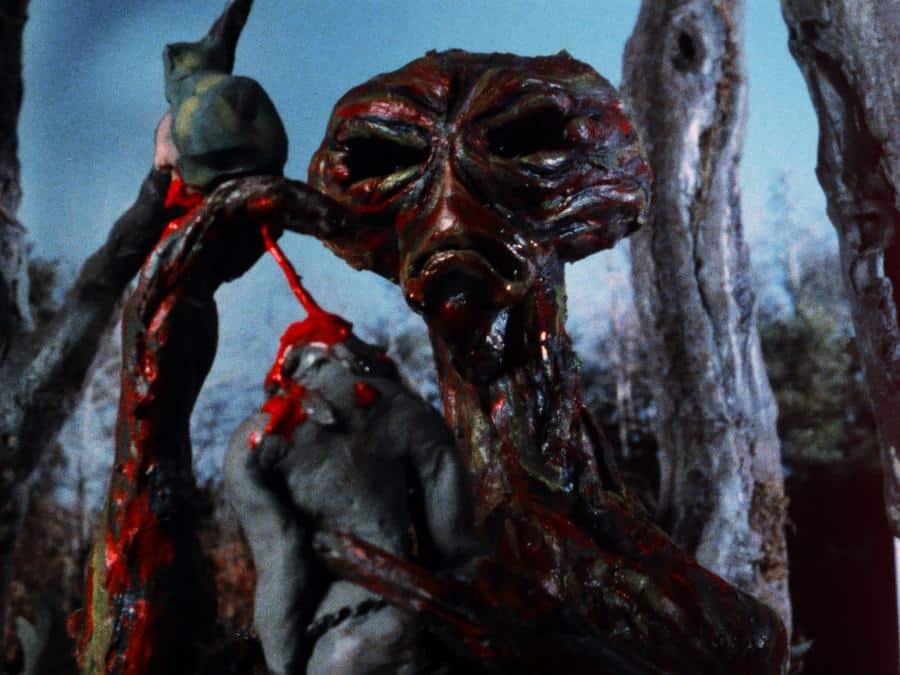 As you can see from the list of special features below, this set is absolutely packed with additional material for each film. Vinegar Syndrome releases aren’t always blessed with such an abundance of material for special features on their home video releases. I’m thankful for the filmmakers and cast of these films for keeping archival material of these movies, along with participating in new features.

Each movie has commentary tracks, making-of features, new scans from the camera negatives (when available), interviews, and more.

As a movie fan, one could not ask for more from these low-budget releases. 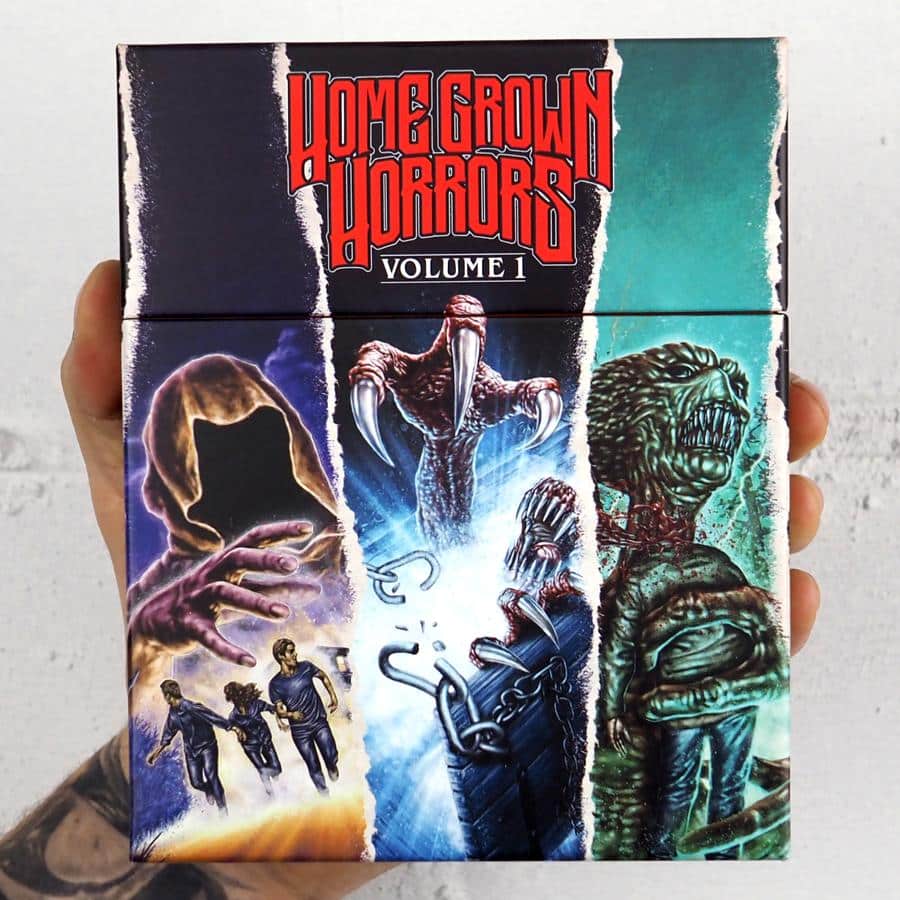 Home Grown Horrors is one of Vinegar Syndrome’s best and most impressive set releases.

The crew at Vinegar Syndrome are giving new life to movies that had been little seen in the past but prove they’re worthy of preservation and finding a new and appreciative audience.

The quality of those films should not put fans off from seeking out low-budget regionally made horror films. There are a lot more gems out there than trash, and Vinegar Syndrome’s Home Grown Horrors proves that.

If you’re a first-time filmmaker or an artist in any field, this set can be an inspiration when you hit a rough spot. When you think you’ve reached the end of your desire, that what you’re doing isn’t worth it, look to these films and the stories on the special features to give you that extra push to work on and keep on creating.

I’m looking forward to an announcement that Vinegar Syndrome will be releasing a Volume 2 and introducing fans to more deserving, but underseen, horror films.