This is everything you want in an eighties film: innuendo, horror, Satan, blood, poodles, terrible sports cars, and Shannon Tweed. 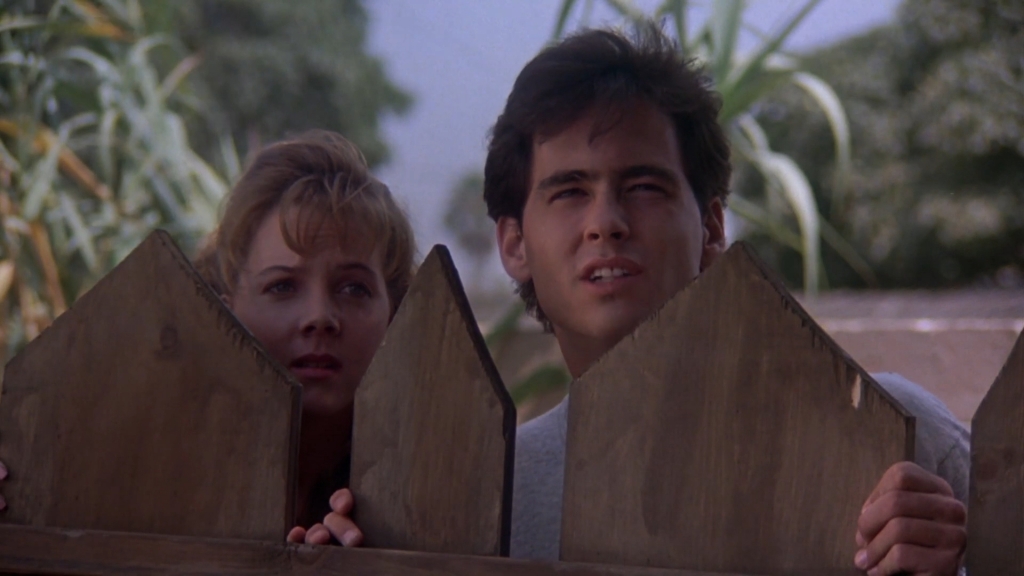 A Satanic cult is discovered by a trouble-making high school teen as they continue to murder prostitutes. Let’s dig into 1989’s “Night Visitor”, directed by Rupert Hitzig!

I love this film. I’ll watch it again. That is the biggest endorsement I can give for a film because I really don’t have time to watch anything more than once anymore.

First off, the theme song was totally eighties and I’m totally in for it. I never heard of Willy Deville before, but I’m about to go down a musical rabbit hole for the track “Never Cry Devil” which was the original title of this film.

It was smart of the studio to change the name, though Night Visitor sucks. There’s a line in the film “The Boy Who Cried Devil” which would have been much better.

The sexual tension between Shannon Tweed’s character (Lisa Grace) and Billy is as thick as a milkshake. It gives the film a bit of a Fright Night feel — especially with the spying telescope — but with more whimsy.

Billy’s best friend being named Sam Loomis is a nice homage, though I’m not sure if it’s to John Carpenter’s Halloween or Hitchcock’s Psycho (both have a character named Sam Loomis, and of course, Carpenter was probably shouting out Hitch).

I really liked the final battle: Chainsaw vs. Shotgun, and it was extra realistic as the bumbling Stanley (Pollard) battles the impotent Devereaux (Gould). Not everyone is a hero, intentionally. 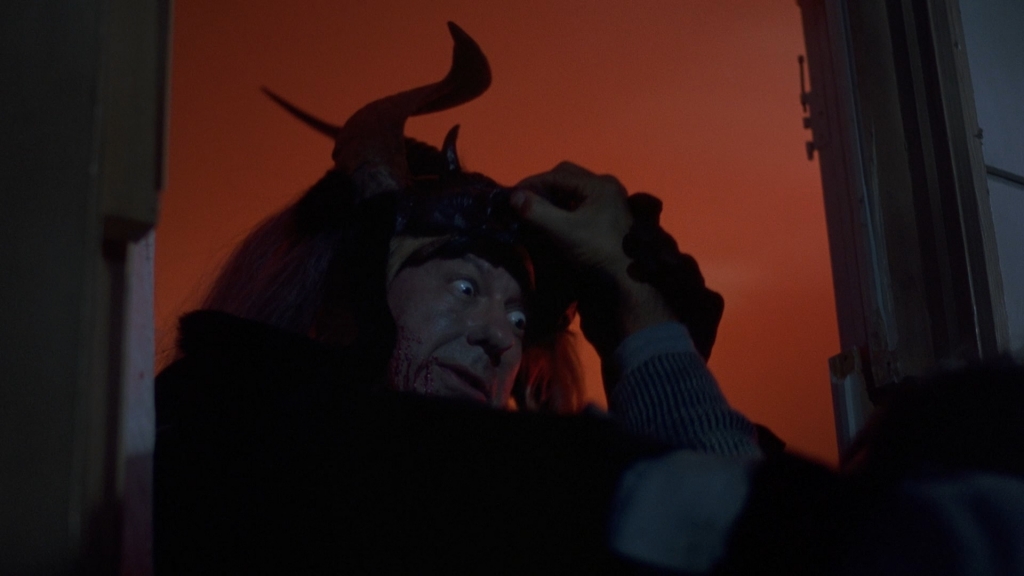 Before she was known for being the main squeeze of Gene Simmons (KISS), Shannon Tweed was the twinkle in the eye of every teen watching Showtime and ‘Skinemax’ in the nineteen nineties.

Derek Rydall (Billy) popped up in a recent Dig Phantom of the Mall as lead Eric.

The late great character actor Michael J. Pollard was the perpetual comic relief. His bumbling nature, which he feigned in this film as a diversion, was legendary and you may recognize him last as Stucky with his Planet of the Apes monologue in Rob Zombie’s House of 1000 Corpses.

Elliott Gould does seem out of place in this film. He’s been in tons of mainstream films including the Ocean’s Eleven remake and its subsequent sequels. He’s a titan of talent.

Henry Gibson was Dr. Klopek in The Burbs and Leaky in the Pauly Shore film Bio-Dome.

Of course, with any Satanic Panic era cult film, there had to be breasts exposed in order to properly make the offering to the dark lord.

The whole satanic angle is gratuitous, as Hollywood perpetuated the stigma and created a boogeyman out of “Satanists” — or what they understood of satanic rituals. Little did they know it was the imagination of some irresponsible PR police officers from Suffolk County, New York, that really set the stone table. 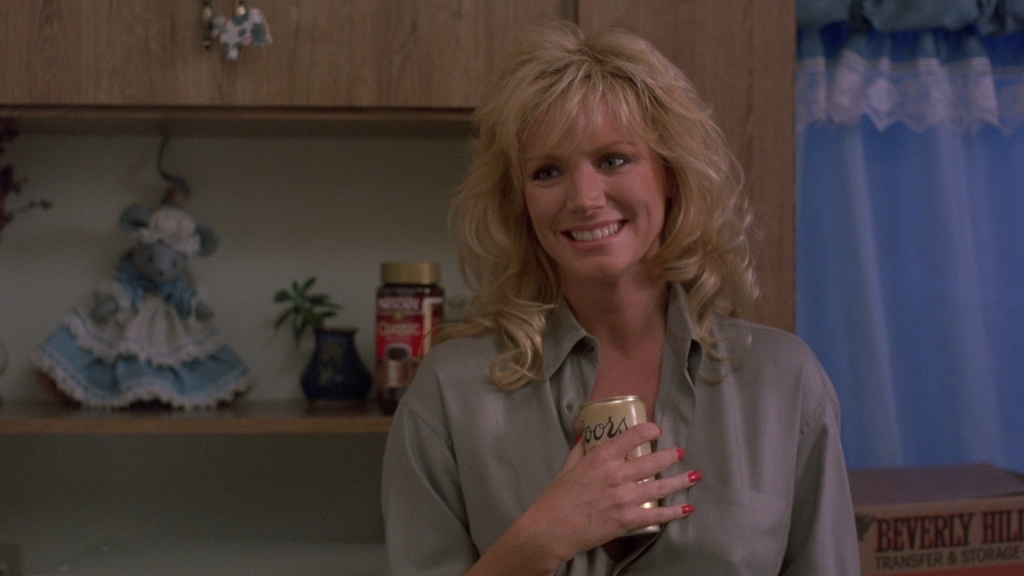 I grew up watching Cinemax in the nineties. So, yeah, it’s going to be Shannon Tweed.

My hope would be that, for the most part, people have become aware that Satanists aren’t what Hollywood made them out to be. Politicians, Professors, and Priests spread more evil in the world than any Satanist.

So, while I really like this movie, I don’t have any desire to see anything besides a tongue-in-cheek representation of such a myth.

Ronin Flix/Scorpion Releasing put out a Blu-Ray in 2020 which isn’t cheap on the secondary market.