A textbook exploitation film, “Nurse Sherri” has that quintessential seventies luster, while delivering on action way beyond its means; a worthy watch.

A Nurse is possessed by the evil spirit of a recently deceased cult leader. He uses her body to enact revenge on the medical staff who failed to save him and anyone else who gets in the way. Let’s dig into 1978’s Nurse Sherri, directed by Al Adamson.

Do exploitation films operate under different standards when we go back and analyze them? For me, that seems to be the case — like the guilty pleasures I watched repeatedly as a kid, glossing over any shortcomings and vehemently defending them against any and all critiques. Similarly, exploitation films weaken my critical lens. I have an intrinsic understanding that this was a period of important experimentation.

Nurse Sherri did not escape my mercy. Certainly, a film that saw many Grindhouse midnight showings, the performances live up to their own truncated standards. Even the visible evil spirit must be swallowed with a gulp of ridiculous. I’m not sure I’ve ever seen a superimposed glitter and green glob monster before. Terrifying (sarcasm).

There is also a classic car chase down a dirt road that was impressive until it got hairy, which I talk about below.

Nurse Sherri walks away with the award for most alternate titles of any film I’ve come across yet: 7 English titles – The Possession of Nurse Sherri, Hospital of Terror, Beyond the Living (TV), Terror Hospital, Black Voodoo (there is a brief reference to Haitian voodoo), Hands of Death, and Killer’s Curse (UK). 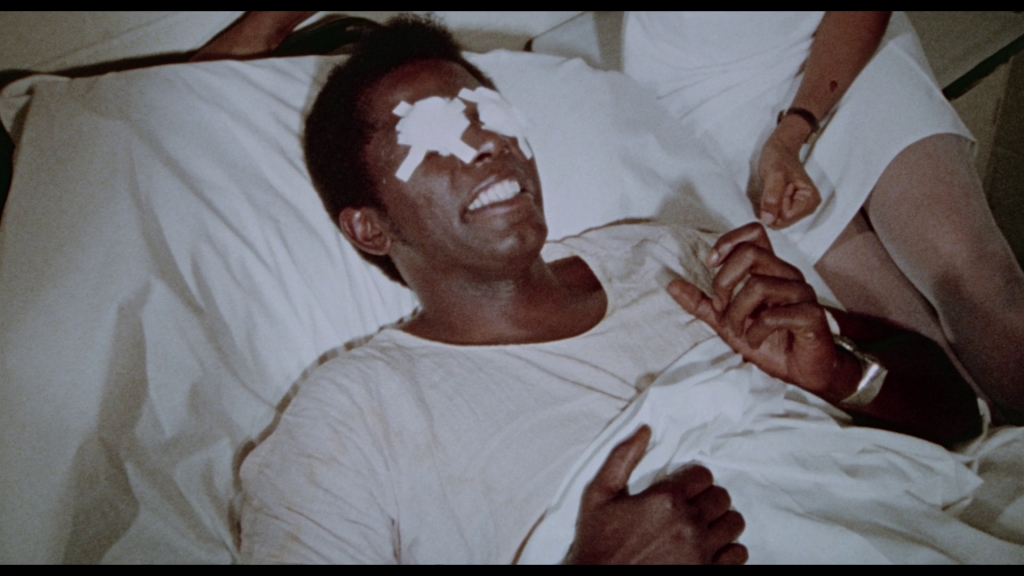 Unless you deep dive through 70’s D-Level film, you’d be hard pressed to recognize any of the cast. However, Marilyn Joi did make quite a few exploitation films, including one of the sequels to Ilsa, She Wolf of the SS (1975).

Hearing Marilyn Joi talk about her comfort level performing excuses the nude scenes for the sake of nudity. What’s not excusable is the near miss during the car chase scene. After it’s top was sheared off, the stunt man bails out of the car just before it dives off a cliff. The car hits an embankment and narrowly avoids tragedy. It’s never worth someone getting hurt, or worse, to get the shot.

Jill Jacobson, as the titular Sherri has that nurse next door aura to her; a cuteness that keeps growing on you. That said, it’s Marilyn Joi as Nurse Tara that is the showstopper. It’s no wonder she was so easily cast throughout 70’s exploitation films. Joi, who sometimes is billed as Tracy King, stated that Nurse Sherri is where she feels she earned her acting chops, and takes great pride in her career. 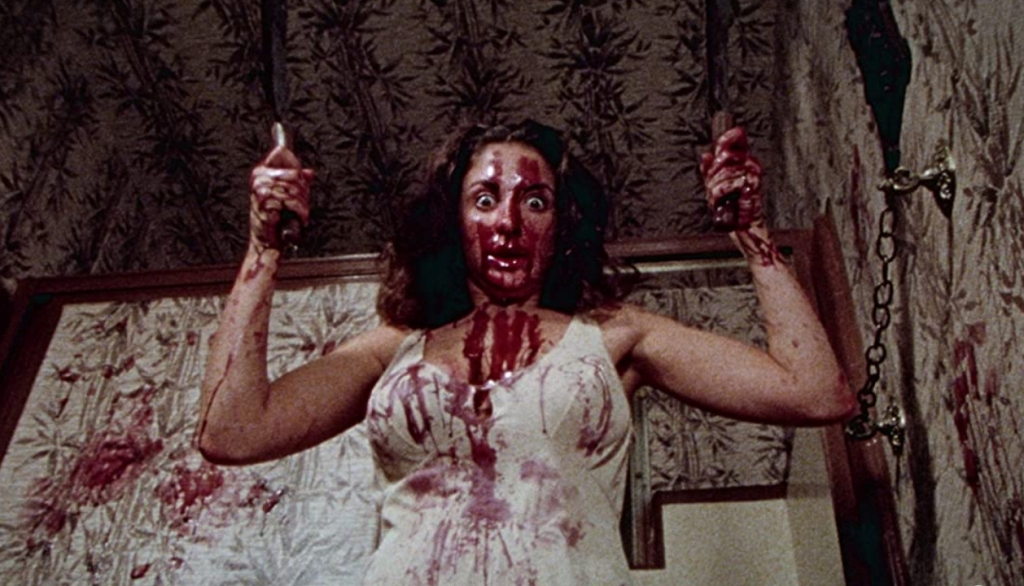 There have been some successful film’s that pay homage to the grit and beauty of the 70’s film appearance. The Love Witch (2016) comes to mind. In that regard, there are worse films to bring back to life. But with the unimaginative plot, you can hardly make something unique by today’s standards from the source material.