An exceptional Bigfoot movie may be almost as rare as the creature itself, but “Exists” is definitely one of those unique treasures worth seeking out.

Throughout December, we will be celebrating A VERY CRYPTID CHRISTMAS, with an entire month dedicated to films about Bigfoot. This week’s recommendation is a found footage film from the director who brought found footage to mainstream audiences.

Released in 2014, Exists was directed by Eduardo Sanchez, co-director and writer of probably the most famous found footage film of all time, The Blair Witch Project. Here, Sanchez takes viewers back into the woods. However, instead of investigative journalists searching for a mysterious witch, we get a group of college kids on a weekend excursion at a family member’s cabin in the woods. On their way there, they hit an animal with their truck and leave it for dead on the side of the road.

Soon, they find themselves stalked by the creature of legend, and they catch it all on film with the Go Pros they brought to film BMX trails.

Much like The Blair Witch Project, this film is legitimately scary. 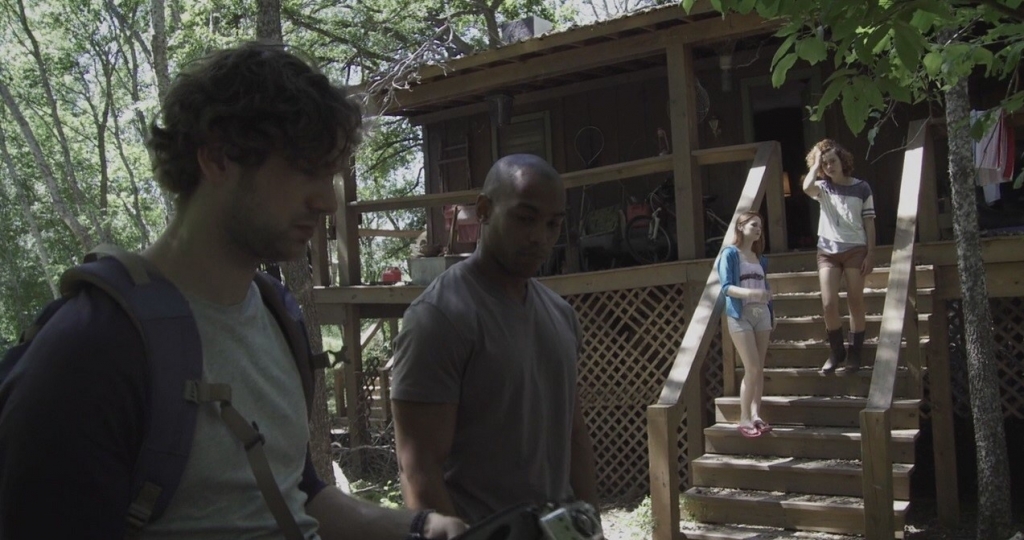 Found footage films rely heavily on building tension, then letting it explode all over the screen. This film does that perfectly. For a majority of the film, Bigfoot is unseen — just a lurking, growling menace in the shadows; a hulking beast snarling and pounding on the cabin door, grabbing its victims and mutilating them.

Much like Blair Witch, you get the idea that all hope is lost for the protagonists in the film before it even begins. Their car is destroyed, their cell phones don’t work, they realize no one knows they are in the cabin, and the shotgun they find is jammed. Eventually, they take to the woods in a last ditch effort to escape. But this is bigfoot territory, and the creature easily picks them off one by one.

There are many theories about Bigfoot, and Exists follows one of those theories that the elusive creature travels in family packs. Usually there will be three of them, a mother, a father, and a child.

Exists incorporates this mythos when we learn the animal the friends hit was actually the child bigfoot. There’s also a makeshift grave for one of the other sasquatches, leaving the sole remaining creature very angry and looking for revenge. It’s a testament to the understanding the filmmakers have of their subject matter. Too often,  horror movies about bigfoot/sasquatch are basically just generic “monster in the woods” stories, in which you could easily replace Bigfoot with a bear without altering the story in the slightest.

Exists is one of my favorite Bigfoot horror movies. 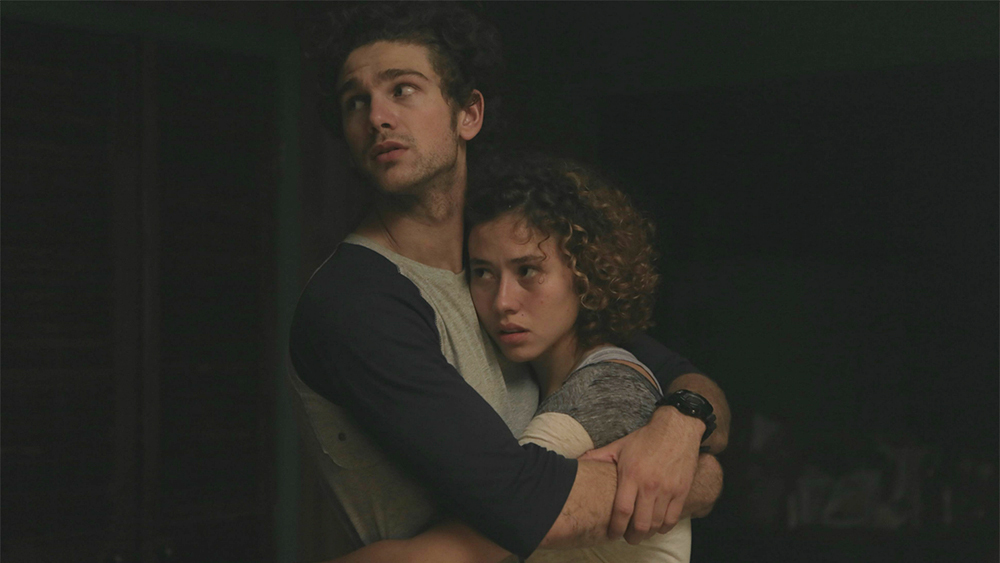 It has a substance sorely lacking in most other films centered around the legendary creature. What’s more, the tension is high, the scares are effective, and the pace is fairly nonstop.

The film also does an excellent job with its use of found footage. There is a reason the cameras are rolling, and that reason has nothing to do with documentary film work. This makes it a standout in the subgenre, because it’s both creative and effective.

In summary, Exists is a real hidden gem. It doesn’t get a lot of attention, but it’s well worth the watch — especially for fans of the captivating cryptid. Check it out now, streaming for free on Tubi.