A half thought out script and poor pacing are only the beginning of the problems for this natural horror that has an abrupt ending. 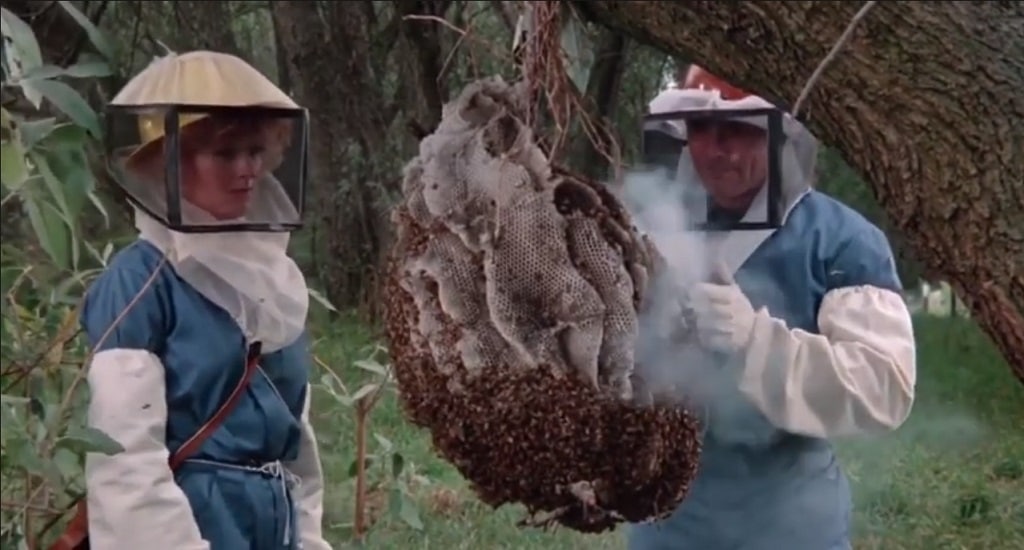 Hybrid, intelligent, Killer Bees are smuggled into the United States and it’s up to scientists to figure out how to stop them. Let’s dig into 1978’s “The Bees”, directed by Alfredo Zacarías!

The exposition is handled expeditiously, which should set up an easy layup for fear. The audience should have had phantom stings with the level of tension built from literal trillions of bees attacking humans. Instead, most of those attack scenes play out like a Police Academy bit. Even the score doesn’t build dread.

Reportedly held back so it didn’t compete with the similarly themed The Swarm, it was a smart move, though no amount of waiting made the film better.

The story is sloppy but not terribly acted. Saxon lends a level of solemnity to just about any film. It’s not enough to make this one enjoyable.

It does hold the distinction for one of the most absurd endings in cinema history, where Man realizes he has met his equal and decides it’s high time to negotiate with the bee species and bow to their “terms”. That’s it. It ends on that revelation with no hint of the outcome. 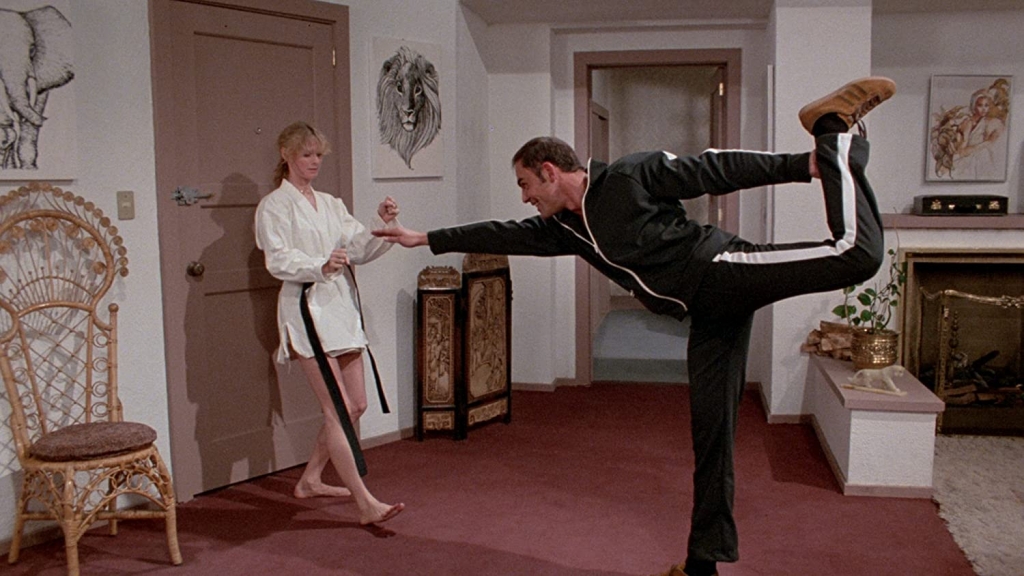 John Saxon (John Norman) has played a lot of Lieutenants, including Nancy’s father in A Nightmare on Elm Street and Lt. Fuller in the original Black Christmas.

John Carradine starred in some epic films over his career, but it may be his paternal spoils that will be most familiar. David, Keith, and Robert Carradine are all sons of his, and you’ll recognize them from Kung Fu or Kill Bill, Deadwood or Dexter, and Revenge of the Nerds and its sequels, respectively.

Mocking the locals brought on the expected response as they burn down the wealthy foreigner’s (Carradine) house when the local boy is killed by the bees while stealing honey.

Those Carradines are really endowed with leading man looks and charm. John Carradine was no different than his sons. 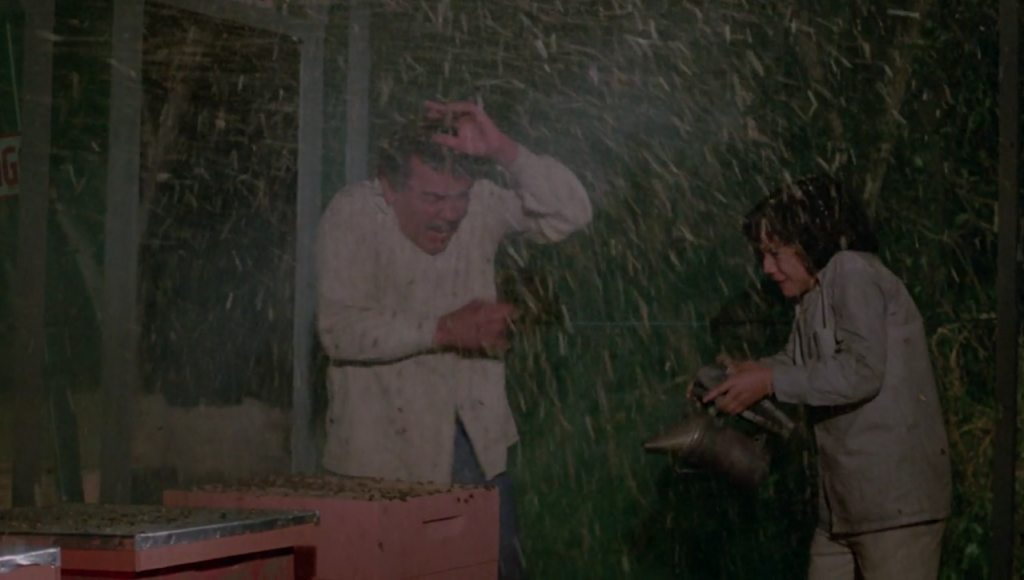 The Swarm was released just three months prior (and did it better). Not sure how many killer bee movies we’re good for, but if you can tie it to a realistic event (say, like a massive amount of bees dying off in the PNW because of a lack of fungi which usually grows from the claw marks of bears [see Paul Stamets]), maybe it could work.

Vinegar Syndrome has a very low amount of Blu-Rays still in stock.