If “The Texas Chainsaw Massacre” had turned the schlock level up to eleven and dumped the chainsaw, you would have “Skinned Alive”. 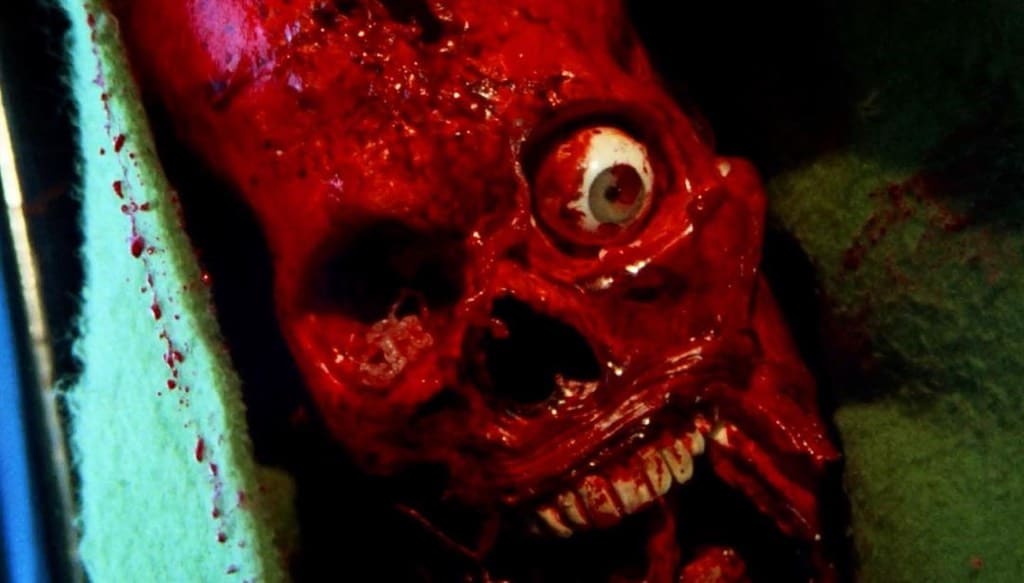 A murderous family travels around in a van, killing people and skinning them. Let’s dig into 1990’s SKINNED ALIVE, directed by Jon Killough!

Produced by Roger Corman’s protege David DeCoteau, we get a real treat of camp horror from the folks at Suburban Tempe. With practical gore from Tempe regulars David Lange and Bill Morrison, there is no dearth of blood and guts and knife wound gags.

It was an entertaining schlock horror and the second Tempe release that has been featured on the Dig (The Dead Next Door). It’s super camp, and I love it.

With obvious inspiration from The Texas Chainsaw Massacre and similar crazy killer family films, they don’t dispute it; hell, they kind of acknowledge it by having a skin suit hanging in the kitchen. Maybe that’s what I love about the film: it’s as if all the fucked up horror slashers and gore fests from the earlier two decades were processed and spit out onto the screen.

That is the allure of Rob Zombie’s House of 1000 Corpses as well. All of his influences and favorite horror films are processed through his computer (brain) and painted on the screen in some graphic conglomeration of our favorite horrors. 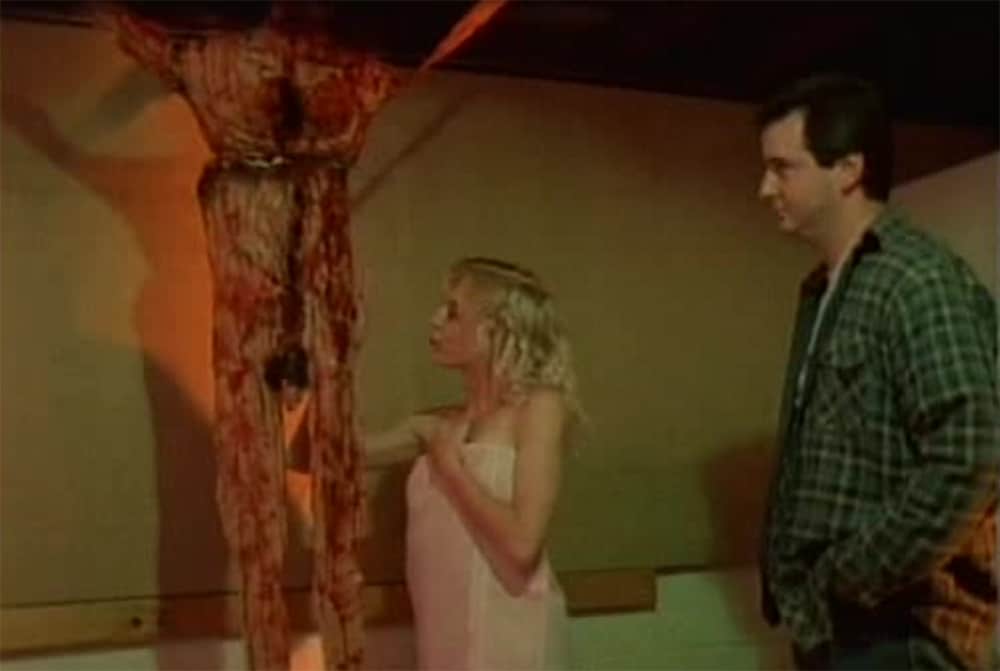 The practical effects are really the selling point, especially for gore hounds, and the head split is the real money shot.

A quality new scan brings the era of shit-definition to life, and if one watches the credits closely, you’ll see a bevy of inside jokes and peculiarities.

There’s also an FBI warning about piracy that promises a visit from the “…the kind folks at Crawldaddy’s” before ending with a Tuesday Weld (Once Upon A Time in America) quote:

The late Mary Jackson (Crawldaddy) had a role in The Exorcist III, Audrey Rose, and Big Top Pee-Wee (Mrs. Hill).

Sam Raimi crony Scott Spiegel (Phink) has had an illustrious career as an actor, director, and writer. A triple threat with a resume that looks something like this: Evil Dead II (written by), Marvel’s Doctor Strange and the Multiverse of Madness (acted in), and Intruder (directed by).

Paul wears a shirt that reads “Boycott Jane Fonda American Traitor Bitch” which basically establishes him as a Vietnam vet or a pro-imperialist. It feels more like an individual statement than trying to serve the story with a character on some “Hanoi Jane” shit. 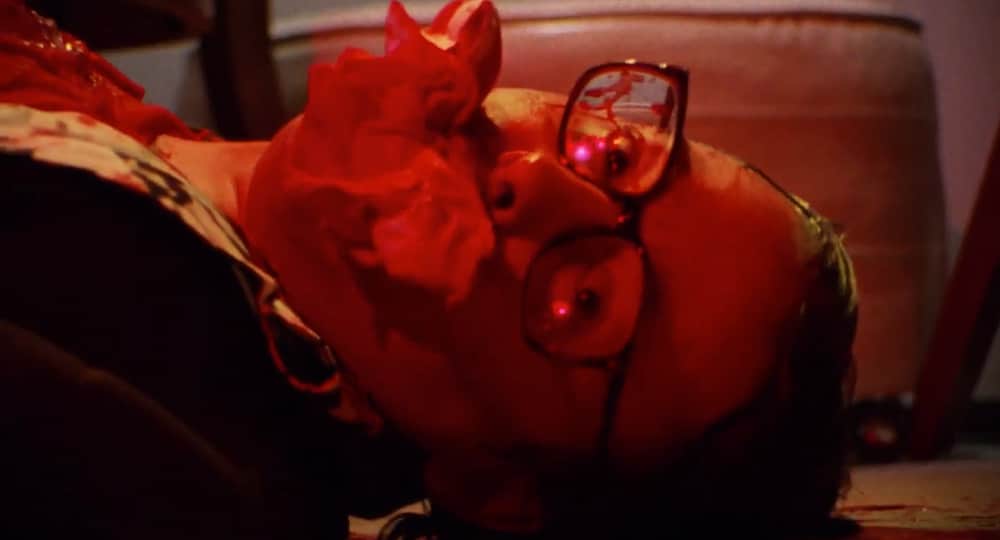 It has to be the practical effects for me.

It brings me back to a time of black and white Fangoria pages filled with gore that didn’t need color to gross you out and Halloween masks in department stores.

The franchise tag was never a prospect for this film like it was for Chainsaw. But that property has released a mercurial “product” through the years.

Tempe may be a Troma-lite, but it still has a decent cult following that could thirst for more Crawldaddy.

Makeflix put out an “Ultimate Edition Blu-Ray” with some pretty rad comic book-style slipcover art by Alex Sarabia. You can also stream on Tubi, The Roku Channel, and Plex.