“Buried Alive” is a decent film that relies on strong direction and a simple plot — since blood, guts, and nudity weren’t an option. 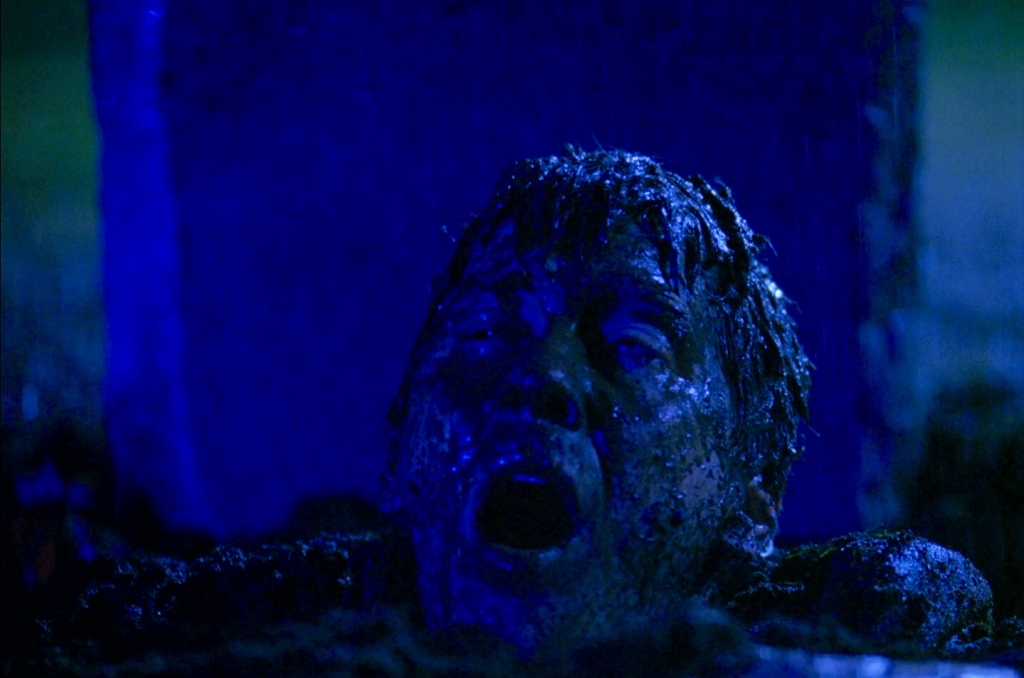 Clint Goodman’s wife has moved on, she just forgot to tell him about it. So when she poisons his wine and buries him before anyone can check for a heartbeat, he takes that personally. Let’s dig into 1990’s “Buried Alive”, directed by Frank Darabont!

Originally airing on the USA network, this little-known film from Frank Darabont has a solid cast. I couldn’t find any info on whether they’re one and the same, but the sets reminded me 1) of the finale for Lethal Weapon 3 and 2) the model house from Arrested Development.

Penned by the same writer as Neon Maniacs and Pumpkinhead, Mark Patrick Carducci, there is a similar tone to Pumpkinhead with the country living vibe. Even the score sounded a bit similar, but that might have been my mind messing with me as they do not share composers.

In a film filled with deception and sociopathic individuals, the characters are strong.

It takes too long to get to the titular scene, a full thirty minutes before Clint is in the ground, but once he emerges we get a slow-motion grave busting that looks like it was exhumed from Return of the Living Dead. There is almost no blood and no nudity thanks to FCC regulations, but they still end up with some unique elements. It just never goes far enough. 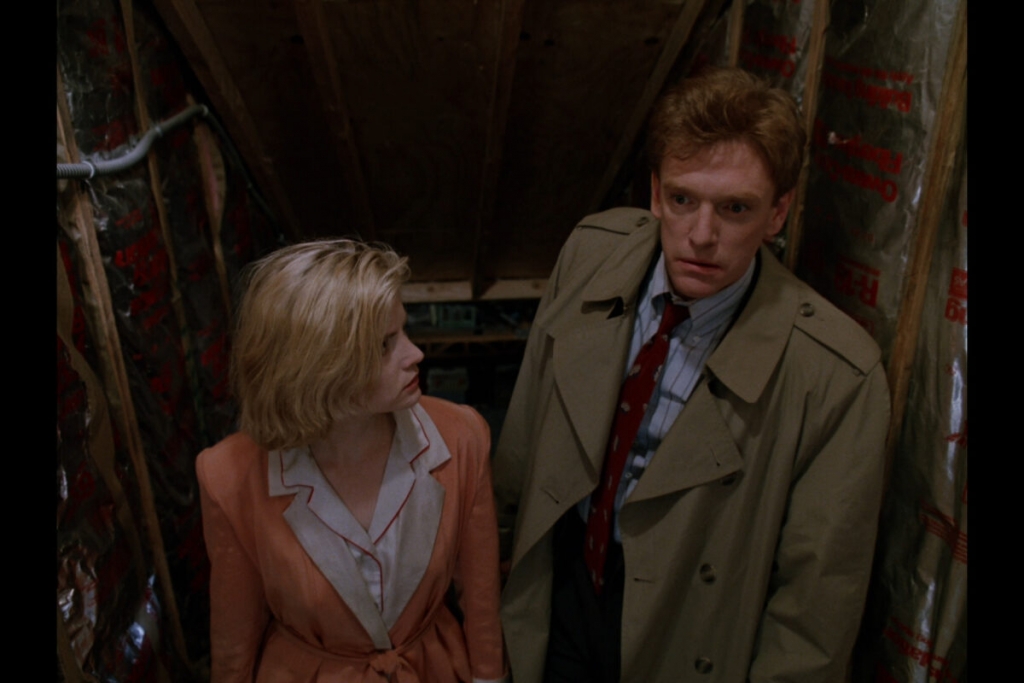 Tim Matheson (Clint) once played Van Wilder’s Dad in a film about a man that never wanted to leave University, but before that he was Eric Stratton in the college comedy that set the bar for all to come: Animal House.

Jennifer Jason Leigh (Joanna) most recently stars in the new Apple TV+ mini-series Lisey’s Story based on the Stephen King novel, as well as in Tarantino’s Hateful Eight, but it’s her role as Stacy Hamilton in Fast Times at Ridgemont High that cemented her in pop culture history.

William Atherton (Cort) unleashed a horde of ghouls upon New York City in Ghostbusters, worked towards Eco-sustainability with Bud and Doyle in Bio-Dome, and took a good solid punch from Holly McClane in Die Hard.

Hoyt Axton (Sheriff Eberly) is the feverishly inventive Rand Peltzer in the best Christmas Horror of all time: Gremlins.

Using the title Buried Alive gives away the gag. If they hadn’t called the film that, they could have drawn out a great sequence that misled the audience into thinking there was some supernatural element before backtracking with some exposition. Instead, a bevy of improbable scenarios makes you roll your eyes, as a fully alive guy is buried without anyone checking for a pulse. 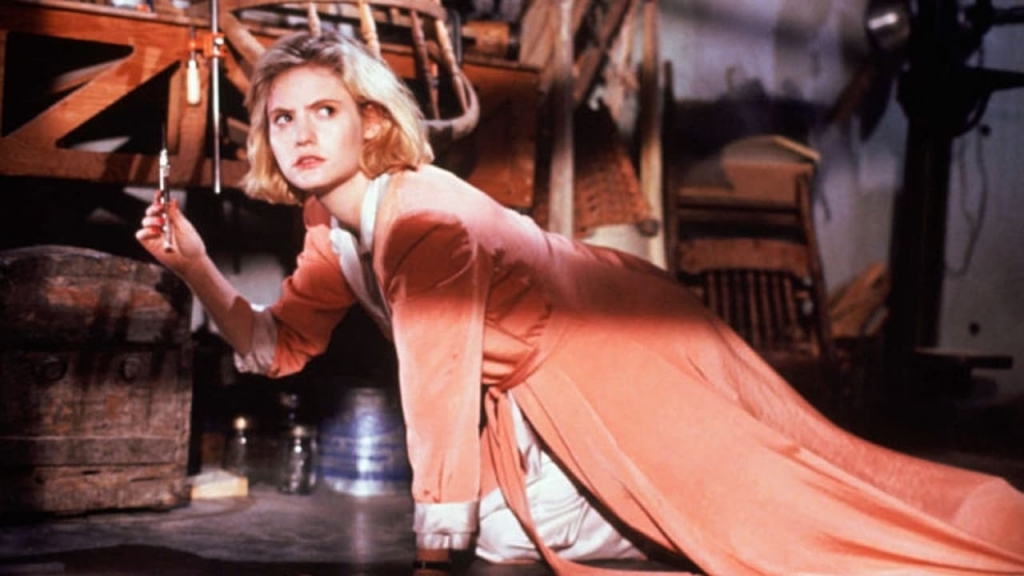 Jennifer Jason Leigh with bleached blonde hair is new (well, thirty years ago). She looked good, and she really took charge of her sadistic role. An overlooked role because of the exposure of the film, but she deserves credit for her portrayal.

It’s a serviceable film, but the one truly unique aspect (the impossibly handmade trap) isn’t enough to warrant another go. The sequel uses the same formula; the only difference is a gender swap.

Buried Alive II (1997) was also made-for-TV and cast another 80’s high school movie star in Ally Sheedy. Tim Matheson returned for his role as well as taking on Director duty.

Kino Lober has released a Blu-ray of the previously hard-to-find made-for-TV movie.