Destined to be an annual Halloween classic, “Nightbooks” respects rather than panders to its audience — delivering on nearly every front. 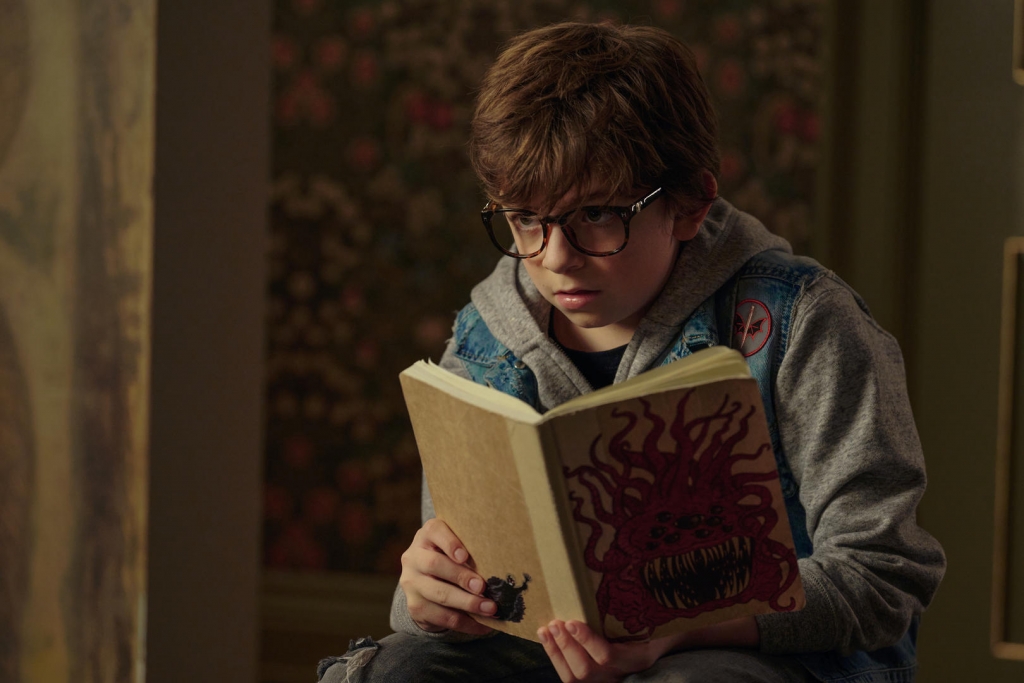 ABOUT THIS COLUMN
In celebration of Netflix’s impressive lineup of genre premieres for the 2021 spooky season, we’ll be taking a weekly look at the latest hotly anticipated releases and letting you know if you should stream it or skip it.

“We are the weirdos, mister.”

The Craft came out in 1996, and when Fairuza Balk spoke those words, a whole generation of young (primarily female) horror fans felt incredibly seen. That is the power and impact of horror. It belongs to the outcasts, and we are protective of it. But like so many nosferatu, it is kept alive by new blood.

That is why good gateway horror is so important. It’s a beacon to baby weirdos who are desperate to find their tribe.

Netflix’s latest Halloween offering, Nightbooks, is an ideal example. It uses the language and touchstones of younger potential fans to give them an overview of the genre and how fun it can be. It also has enough edge and narrative cleverness to surpass any expectations of simply being baby’s first horror movie.

There’s a lot going on in Nightbooks; so strap in, we’re about to get into it. 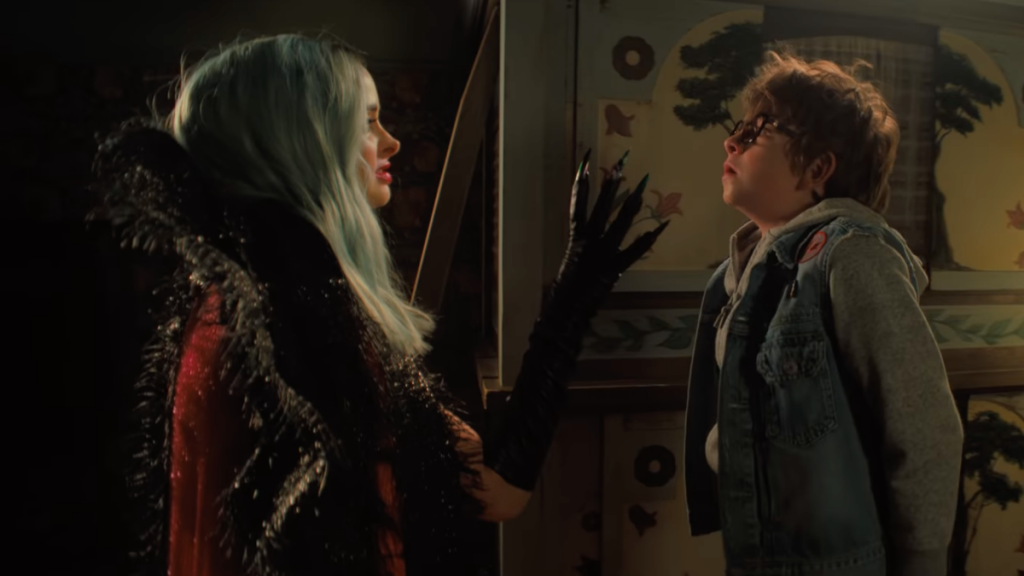 Nightbooks opens with Alex (an endearing tot, who looks strikingly like young Corey Feldman; given the number of The Lost Boys references, that can’t possibly be accidental) abandoning his own horror-themed birthday party to burn the scary stories he’s lovingly written and compiled.

A funny thing happens on the way to the boiler room, and Alex gets distracted by a tv showing The Lost Boys and a slice of pumpkin pie.

The “Hansel and Gretel” parallel is immediately apparent, and naturally, Alex is trapped in the apartment of Natacha, an evil-adjacent witch. I qualify her as “evil-adjacent” because Natacha is more pedantic than lethal. But we’ll come back to that.

She keeps Alex alive under the condition that he tell her a scary story each night-no happy endings. Alex meets Yasmin, another child-prisoner of Natacha, who seems to function as the apartment’s super. She is, at first, cold and unreceptive to Alex’s overtures towards friendship. But as the film progresses, Yasmin thaws and she and Alex begin to hatch a plan to escape.

This would be enough, narratively, but the film peppers in enough quick bursts of Alex’s stories that I would love to see this film-making team make a Creepshow-style anthology movie. 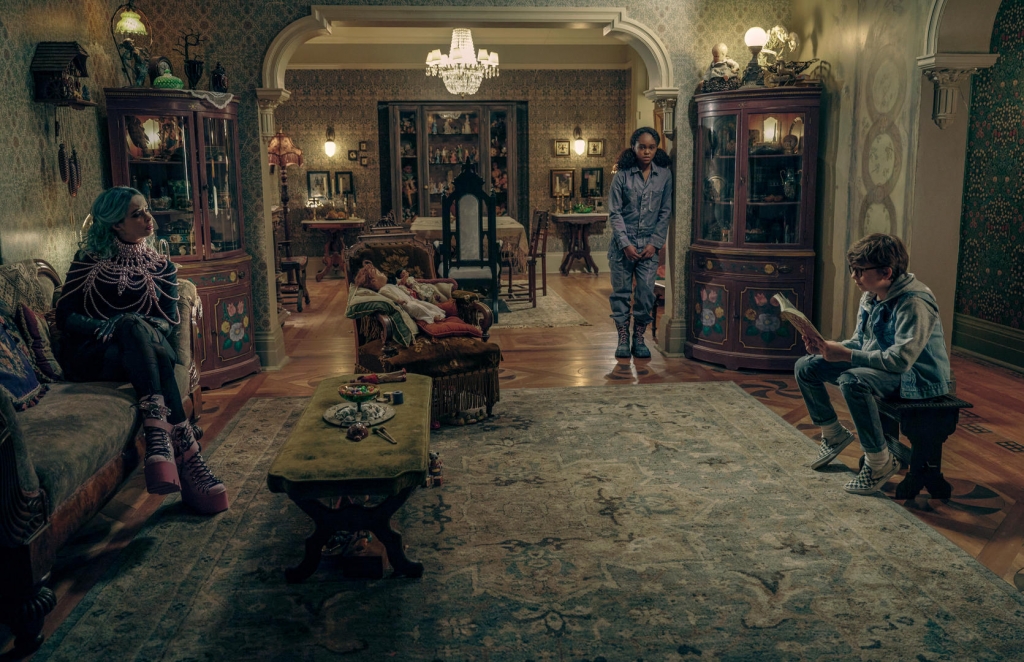 The mini-stories are visually arresting; the sets are designed to look like illustrations, tying nicely to the movie’s evident adoration of books.

Creepshow is, in fact, an obvious influence on Nightbooks. Alex even mentions that Creepshow is the nickname the bullies at school used to make fun of his love of horror.

The story Nightbooks successfully tells is impressive, in and of itself. But the movie truly shines in what it accomplishes thematically.

Alex loves writing as an act of joy, but once it is something required of him for his survival, he struggles with it. And honestly, isn’t that just adult life? The things you did for love as a child become chores when you do them for money as an adult.

Alex also has perhaps the greatest scene of writer’s block since The Shining. The procrastination! The distractions! Talking to yourself! Every writer can identify with it.

Nightbooks is, distinctly, intended for a younger audience (one need only look at the color palette to ascertain as much) and there is, inevitably, a message of self-acceptance in the movie.

Refreshingly, it is not delivered in a third act, heavy-handed way.

Alex is shown, throughout the movie, to be a kind, compassionate kid. The message is very clearly, “Look, you can be into horror and spookums, and it absolutely does not make you a bad person.” And while that seems like it should go without saying, the internet and world at large are filled with pearl-clutchers eager to suggest that liking scary things makes you into a scary thing.

While Nightbooks stands firm that good, kind people like horror, it also does not indulge in the quirk-ification of “weird”.

There’s been a movement towards making weird into something cute for years. But for many of us, weird doesn’t mean giving a hilarious fake name at Starbucks, because we’re just SO RANDOM.

Weirdness means a part of ourselves that we have struggled with because, culturally, it is considered deviant. Alex learning to embrace his weirdness — being a kid who chooses and pursues the darker things — is a softer, gentler “we are the weirdos, mister”.