The mix of horror, sci-fi, carnival performers, and jarring score make “The Freakmaker” one of the most WTF movies I’ve ever seen. 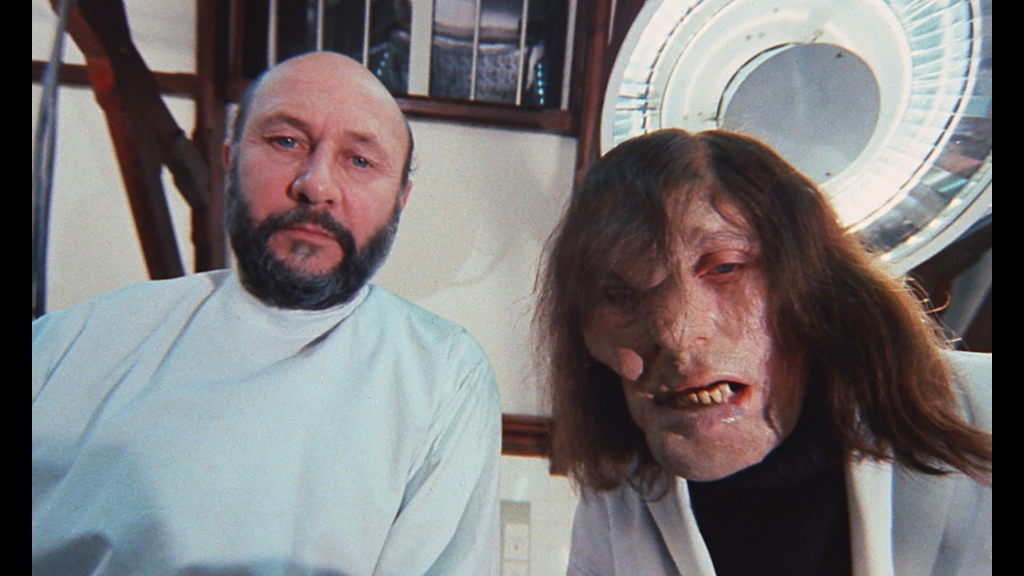 This Weird Wednesday pick comes courtesy of a Kat Ellinger (film historian/author) recommendation on one of her Patreon video posts.

Ellinger is an expert on Eurotrash horror, and her insights into European horror are priceless; make sure to check out her commentary on the Daughters of Darkness Blu-ray release.

When Ellinger described The Freakmaker (aka The Mutations) and revealed how absolutely bat-shit insane this Donald Pleasance movie is, I knew it was the perfect movie to cover for Morbidly Beautiful’s Weird Wednesday.

Professor Nolter (Donald Pleasance) believes he’s found the secret to the next phase of human evolution. It involves merging cannibalistic plants, like the Venus Fly Trap, with humans. His theory is that genetic manipulation could improve human beings to a greater form of life.

Nolter does have a problem that gets in the way of him conducting his experiments: finding human specimens willing to subject themselves to his genetic splicing tests. 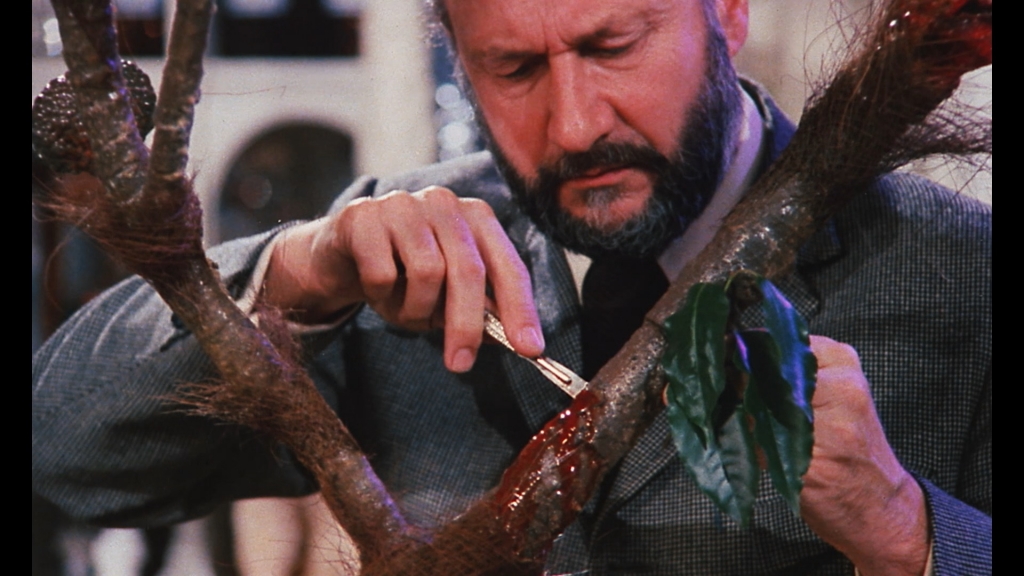 Luckily for Nolter, a freakshow carnival has just arrived in town, headed by Mr. Lynch (Tom Baker), a man with a facial deformity he badly wants to be fixed.

In return for Nolter helping with his deformities, Mr. Lynch agrees to provide him with human guinea pigs when needed. Nolter isn’t too picky and does not object when Lynch delivers some of his students as fodder for his experiments.

The arrangement has other benefits for Lynch, as Nolter hides his failed human/plant hybrids with the carnival. While they live, Lynch exploits them for his sideshow.

Events come to a head when one of the experiments escapes, and the performers at the carnival begin to question Lynch’s leadership of the carnival and push back against this cruelty.

The Freakmaker is a re-imagining of one of the greatest, and most disturbing, horror movies ever made: Tod Browning’s Freaks. 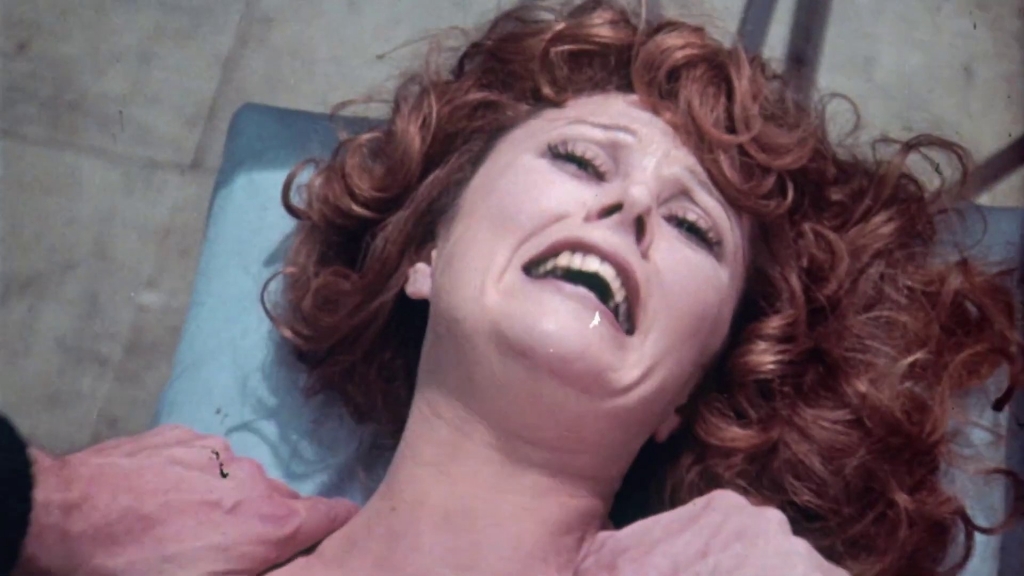 Like that movie, The Freakmaker director, Jack Cardiff, hired actors with physical deformities to act as the carnival freaks, to great effect.

I am constantly amazed to find more horror movies starring Donald Pleasance. He continues to be a gem in each of these movies, no matter the quality of the film. Pleasance knows how to play his character in The Freakmaker in a restrained manner, yet always seems on the edge of hysteria. He is the focus of every scene he’s in, even when the camera isn’t directly on him.

Tom Baker, of Doctor Who fame, holds his own against the great Pleasance. Baker is buried under heavy face makeup, but his unique voice gives him away even if you didn’t realize he was in the movie. Baker, despite the heavy makeup which makes him unrecognizable, is able to convey incredible depths of emotion through his eyes. It’s heartbreaking — despite the monstrous person he is — when he visits a prostitute so that someone will say “I love you” to him.

It says quite a bit about Baker’s performance that he can pull empathy from an audience despite the things he’s said and done throughout the movie.

The score plays an important role in the atmosphere of The Freakmaker. 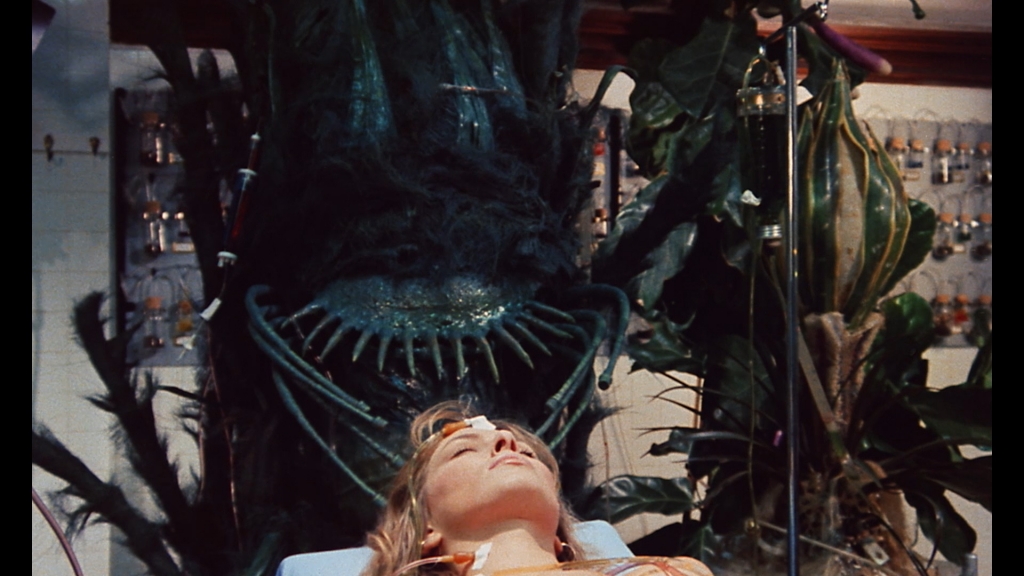 The dissonant score adds to the strangeness of scenes, hammering home the weirdness we’re witnessing on the screen.

Along with the acting and the score, the creature effects are rubber monster quality.

When you’re looking for a wonderfully weird, off-beat, bizarre, disturbing movie to watch, then keep The Freakmaker on your list of go-to weird movies. Watching The Freakmaker is a movie-watching experience that I will not soon forget.

“You expect me to sit down with a bunch of freaks?”

The Freakmaker is currently available on Blu-ray through DiabolikDVD. You can also rent to stream The Freakmaker, under the title The Mutations, from Amazon Video.