In another lackluster Lovecraft adaptation, we’re left only with the beauty of Wil Wheaton to satiate the appetite of the elder gods.

A meteorite lands on a farm and infects the water and the livestock, driving a family mad and against each other. Let’s dig into 1987’s “The Curse”, directed by David Keith!

I really wanted to love this film. I was hoping for something along the lines of The Gate. Unfortunately, The Curse, originally titled The Farm and The Well, may be best suited at the bottom of a well. It may look the part, but the attempt to bring one of the most beloved Lovecraft tales to life falls very flat.

If I had watched this a couple of years ago, before I saw Color Out of Space (2019), I would completely dismiss it for its absurdly cheesy acting. But something about these two coalesce to make sense in that regard. It took Nic Cage to make sense of the absurdity.

They missed an opportunity to capitalize on a current event, as Mad Cow disease was just becoming a concern in the UK around the time of making of The Curse.

A note on the score. Though it precedes Pumpkinhead and carries a different composer, they are inseparably similar. This film was scored by Italian composer Frank Micalizzi, while Pumpkinhead was handled by Richard Stone (who went on craft the themes for cartoons such as Animaniacs and Pinky and the Brain). Thanks to my sacred love for Pumpkinhead, the score may be my favorite part of this film.

Wil Wheaton is the untouchable ruler of the nerds. A genuine good guy with a genuine knack for all things nerdom. He regrets the film, most likely not the cash, but he certainly made it easier to watch.

Rather than picking at the cheesiness, I will take umbrage with the back seat driving of Lucio Fulci.

Supposedly, Fulci handled second unit direction as well as “optical effects”. But so much of the scenes with action or gross out gags felt so overtly Fulci, that it’s hard not to see this as a low budget, full sleaze version of the scenario that reportedly played out with Poltergeist — with Spielberg handling much of the shot calling and Tobe Hooper receiving the billing. Of course, Spielberg has vehemently denied this since and claims wholeheartedly that Poltergeist was Tobe’s film.

Here with The Curse, however, I don’t buy it. It’s clearly just an American Fulci film.

Wil Wheaton has been stealing the heart of the 80s since The Last Starfighter. There is such a love for the characters he plays, and the man himself, it’s hard to separate reality sometimes. It feels as if he is the best friend of every nerd. The king of genre fandom. 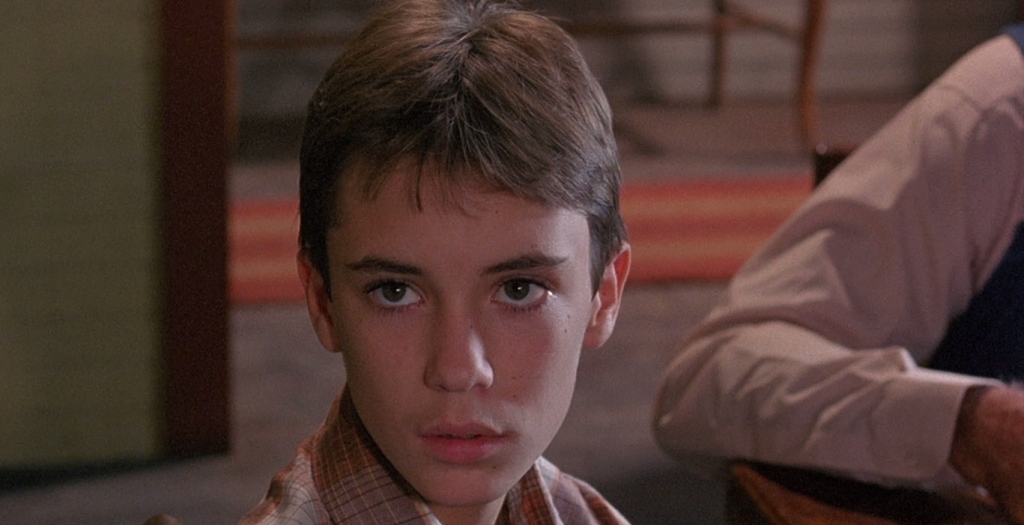 A story that has been kissed as often as the Blarney Stone, it would be best to keep hands off — especially with the most recent adaptation from Richard Stanley still pulsing in our minds.

There have been many adaptations of The Colour Out of Space, including the 1966 British film Die, Monster, Die!, which is a loose representation of the material. Other versions include 2008’s Colour from the Dark, a German film from 2010 called Die Farbe (The Color), and of course Richard Stanley’s return to film with the burgeoning king of madness, Nicolas Cage in 2019’s Color Out of Space.

In 2016, Scream Factory released a Blu-ray double feature with both the original film and its sequel.