We conclude our retrospective of Richard Stanley’s career with a look at his long awaited comeback: the phenomenal Lovecraftian gem “Color Out of Space”. 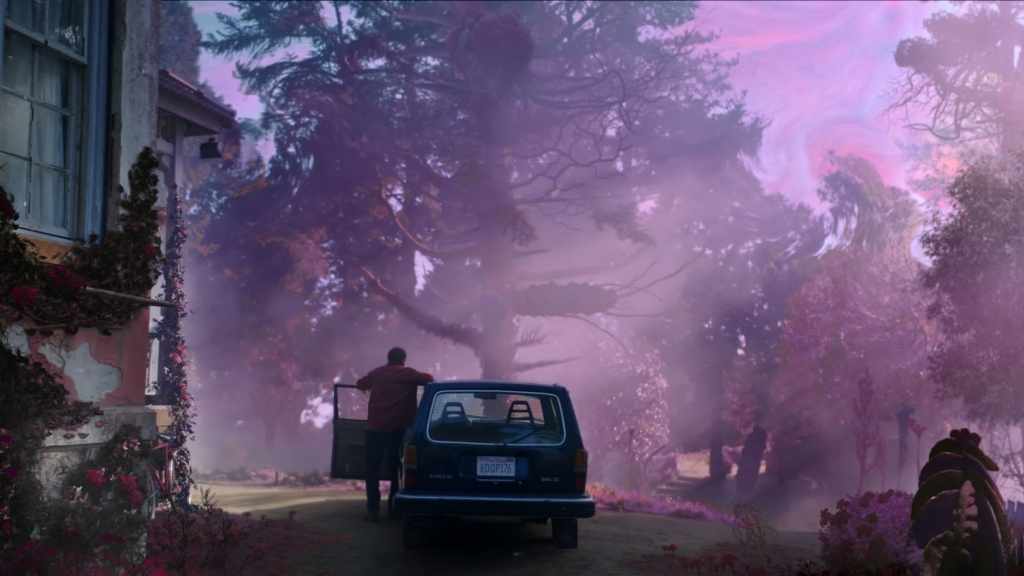 It started as a rumor. There were mumblings that Richard Stanley had a H.P. Lovecraft adaptation in his pocket. The speculation goes back to 2013, where it is believed that Stanley pitched to idea at the Fantasia Film Festival.

Two years of silence follow, and then Spectrevision signs onto the film in 2015. Three years pass, and an interview with a Spectrevision producer in 2018 reveals that Richard Stanley will return to the director’s chair after more than two decades to helm Color Out of Space (2019).[1]

Anyone following this series or Richard Stanley’s career knows that his exile and avoidance of the feature film industry is warranted. He was a promising young filmmaker when he was scapegoated and driven off his own set. When speaking about his career, fans and colleagues are always speculating. They assume he would have been one of the biggest genre directors in history, if only he’d been given the opportunity to continue creating.

Suddenly, Stanley’s career and what he could have been as a filmmaker is no longer a matter of speculation.

With Color Out of Space, we are given the opportunity to see what an older, wiser Richard Stanley can do behind the camera.

Of course, with so many years between projects, questioned are raised.

Can he capture the artistic vision of his first two films? Has he lost his stride after all these years? Can he actually adapt H.P. Lovecraft to film? These questions are warranted. The last time Stanley took on an ambitious adaptation, it sent him into film exile.

Color Out of Space is Stanley’s comeback, his chosen return to feature film. Like all his works, it is tied intimately to his past. This time, though, the film comes from his childhood and his mother’s adoration of Lovecraft’s stories. It is a movie of family, madness, and savage environmentalism. And it is, without a doubt, the best H.P. Lovecraft film adaptation to ever be brought to screen.

Color Out of Space is pure, ruthless horror that adapts Lovecraft in a respectful and faithful manner, while still using cosmic horror to reveal a larger message about humanity. 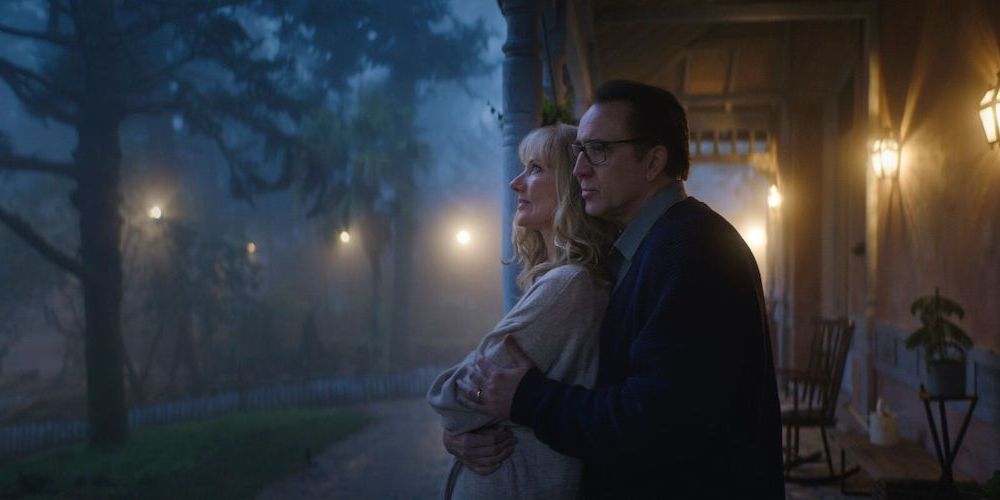 “It was just a color out of space. A messenger from realms whose existence stuns the brain and numbs us with the gulfs that it throws open before our frenzied eyes.”

By mixing these elements, Stanley emphasizes all the best elements of his earlier films in one mind-bending and haunting vision that exemplifies his talent as a director.

Stanley adapts Lovecraft’s 1927 story by remaining loyal to its themes and events. In the film, Nathan Gardner (Nicolas Cage) and his family have been living in an isolated farm west of Arkham for over a year. On a quiet night an otherworldly meteor crashes on their property, and Nathan finds that strange and terrible things begin to happen to the farm and to his family.

Color Out of Space is wall-to-wall excellence.

Nicolas Cage’s madness has never been better utilized, Tommy Chong, as the Gardner’s resident hippie squatter, provides some of the creepiest dialogue in the film, and even the color-scheme excels to be both haunting and otherworldly. There’s Easter eggs everywhere in this movie, and it is a testament to Stanley’s unironic love of the Lovecraftian.

In a world where Cthulhu is back in vogue, Stanley succeeds in reminding us of the source material’s terror and Lovecraft’s interconnected mythos.

There are, however, a few standout elements in this film. 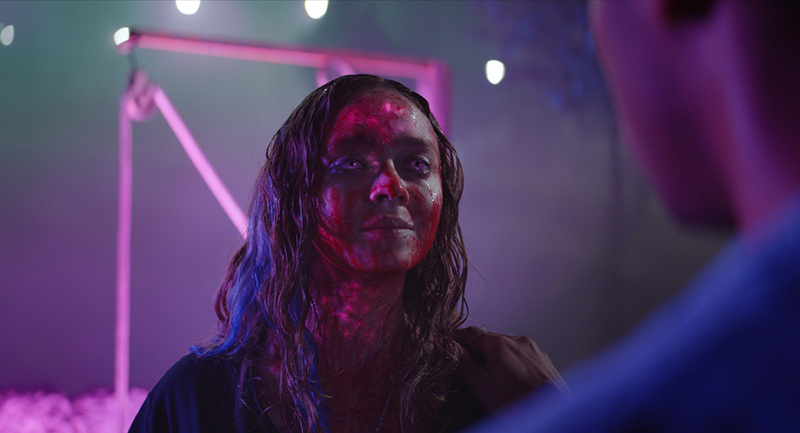 The first is thematic. Throughout the story, Stanley focuses on the concept of water. The Gardner’s town is looking to create a mass water purification infrastructure, Ward (Elliot Knight), a hydrologist, is brought in to assess the water table, and the family’s well is a consistent focus of the film and the original story.

Water is a source of life, and when it is corrupted, there is no escaping the ramifications. Stanley closes the film with Ward in the midst of a massive natural landscape. It is pure Lovecraft; man as an inconsequential speck in an unknown, hostile universe.

Perhaps the most consistent and haunting portion of the film is the soundtrack. Colin Stetson creates sounds like nothing you’ve ever heard. The score manages to evoke feelings of family togetherness and an environment that’s suddenly been invaded by something otherworldly. Through Stetson’s work, it is completely possible to take the horror of Color Out of Space with you. Simply put on headphones and press play. It is unsettling and beautiful.

There is one other thing that needs to be noted. Stanley recognizes the amazing potential of the Lovecraftian creature. There is a monster in this film that will haunt you. To say more would be to spoil something truly magnificent.

But be prepared for something that rivals Cronenberg’s most gruesome imaginings. 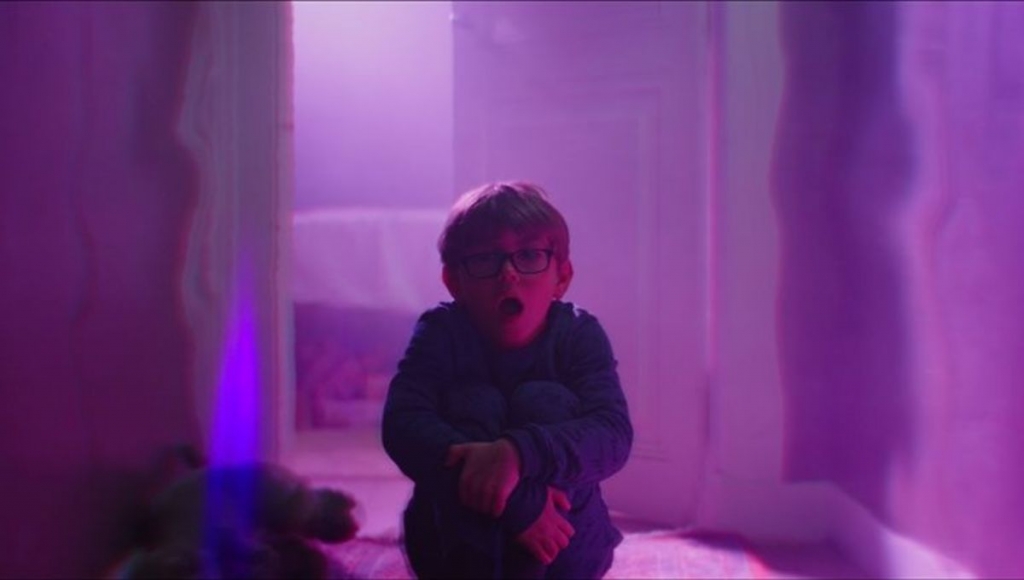 “It came from the stars…where things ain’t like they are here. It’s just a color. But it burns. It sucks, and it burns. It burns.”

Richard Stanley’s career is truly unique. There’s never been a story like his and it shows in his films. From Hardware (199) to Dust Devil (1992) to The Island of Doctor Moreau (1996), there is one thing in common. His vision and talent are unmistakable.

Color Out of Space is, undoubtedly, the best work in his filmography. We can only hope that Stanley will keep creating and haunting us with his genius.