Superb acting, vivid cinematography and an imaginative script bring us a rare and wonderful thing: an almost perfect film.

As a small child, I was socially awkward and strange. (Some things never really change.) I had a stuffed bunny named Red Red who I talked to and depended on to be there to protect me. When I was in kindergarten, a bully threw my buddy over a fence into a puddle. I cried for hours, and my mom decided he had to start staying home without me.

Alone in the world, I learned to adapt but was always glad to see his fuzzy face when I got home. I recently found him in a box, full of holes and the fuzz worn off. He now resembles the bunny in The Velveteen Rabbit, and my first thought was I hoped he had become real.

We all had something that helped us through the rough patches in life. In the film, Daniel Isn’t Real we meet an imaginary friend that has more malevolence than friendship in mind.

SYNOPSIS: Troubled college freshman Luke suffers a violent family trauma and resurrects his childhood imaginary friend Daniel (Patrick Schwarzenegger) to help him cope. Charismatic and full of manic energy, Daniel helps Luke to achieve his dreams, before pushing him to the very edge of sanity and into a desperate struggle for control of his mind — and his soul. 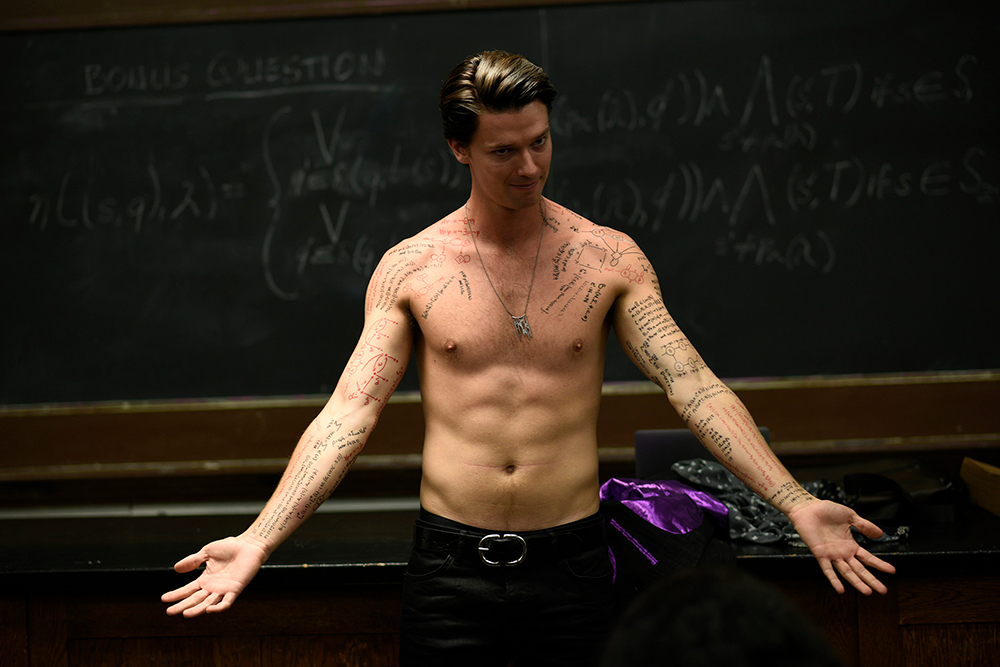 The film begins with a literal bang, actually a few, in one of the most brutal, surprising and shocking openings I’ve ever seen.

From there on I was locked to the edge of my seat, wondering how the film could top that!

Cut to a young boy watching his parents fight, for probably the umpteenth time. His father threatening to leave forever was enough for young Luke (Griffin Robert Faulkner) to grab his favorite stuffed toy and wander off down the street. Here, Luke witnesses the aftermath of a ruthless shooting at a local diner, seeing a dead body for the first time. Enter a little boy named Daniel (Nathan Reid), a new friend who suggests they go play. Daniel goes home with Luke and they become inseparable.

The catch? No one can see Daniel except Luke, and his mother Claire (Mary Stuart Masterson), who has mental issues of her own, accepts his imaginary friend as a positive person in her son’s life. Daniel, however, is not a good influence. And when he makes Luke do something unthinkable, his mother makes him banish Daniel into an old dollhouse, locking him metaphorically and literally into a type of purgatory.

Years later, a socially awkward Luke (Miles Robbins) is in college. He has moved out of his house and onto campus, but this seems to be making his mother’s obvious schizophrenia worse. He comes back to stay at the the house, only to have her go off the deep end, and Luke reaches out to Daniel (Patrick Schwarzenegger) to help him cope.

Daniel is now a grown man too and is the opposite of Luke. Confident, cocky and fearless, he helps Luke navigate the dating world of college with a self-assured, yet vulnerable way. Meeting cool girls like the quirky artist Cassie (Sasha Lane) and the beautiful Sophie (Hannah Marks), seems to be perfect for the lonely Luke and he blossoms, becoming a photographer and brimming with a wit and wonder for life that the girls are attracted to.

Though it seems at first that Daniel is the best thing that ever happened to the introverted Luke, it is only after his therapist suggests he let the imaginary friend in completely that he starts finding out what Daniel is capable of, and who he really is.

Daniel Isn’t Real was a stunning film and is one of my favorites of 2019.

The acting was as good as it gets. Everyone played perfectly off each other. The vulnerable and sad Luke, the cocky, jealous Daniel and Luke’s delicate and psychotic mother Claire were all so believable that nothing ever took me out of the film. I was there, hanging onto every word. The subject of mental illness was handled carefully and thoughtfully and not used for gratuitous reasons. I also adored Sasha. She is a true heroine for me, and I loved her spirit, strength and ability to see the best side of Luke, even when things went terribly wrong.

The gorgeous, sometimes surreal cinematography was filled with deeply saturated colors that take us to the abyss of hell, then back to reality. I loved the house that Luke and his mom lived in — what a fantastic location! New York City itself, has never seemed like a darker or more dangerous place. The soundtrack was also beautiful in a strange discordant way; quietly filling the film with a feeling of dread throughout.

What can I say, this film worked for me! 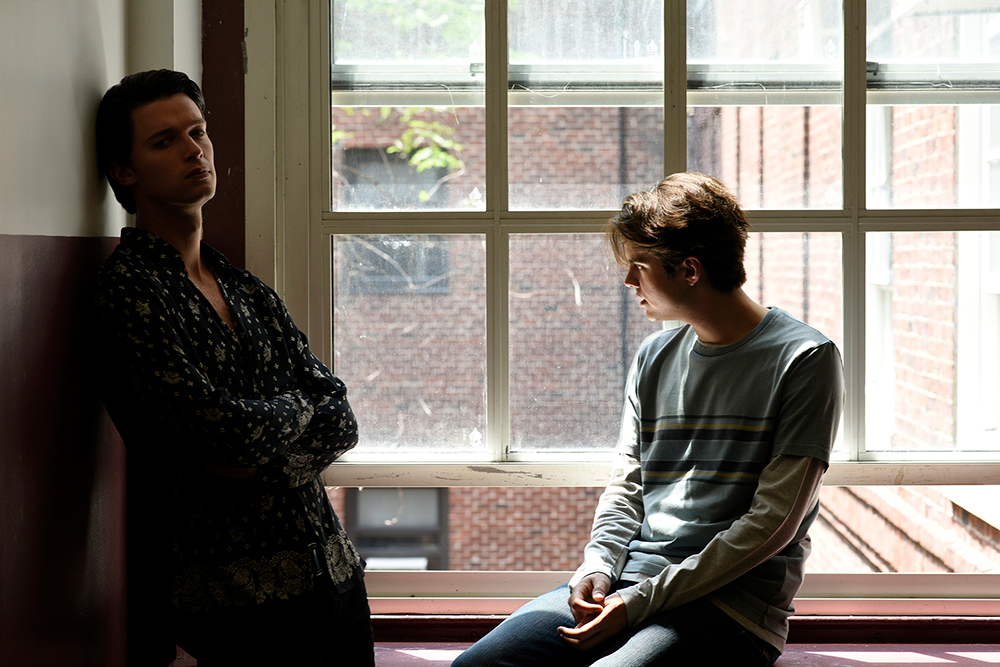 Daniel Isn’t Real is a supernatural and psychological thriller in many ways, but do not doubt that it is a true horror film, too.

It navigates back and forth between the genres in a way I’ve never seen before. Fully gore-filled body horror that then morphs into a supernatural place was superbly done. Other film efforts I’ve seen like this, usually turn silly in parts.

Hell is an actual place in Daniel Isn’t Real and the big finale was a revelation. It is almost heartbreaking when we realize Daniel’s true motives, even if we never really know fully who he is. Or do we?

It was so interesting to try to differentiate what was real and what was a hallucination. Daniel was so much more than an imaginary friend, and not in any good way. I was blown away by the ending and admit I cried a little. It was a very emotional moment.

This film is a thrilling, unsettling and ambiguous nightmare that I immediately watched a second time just to see the details I might have missed.

Samuel Goldwyn Films will release the horror/thriller DANIEL ISN’T REAL in theaters, on digital and on demand December 6, 2019.