“Daniel Isn’t Real” is a mixed bag; a sometimes entertaining yet predictable and problematic exploration of childhood trauma and mental illness.

Daniel Isn’t Real premiered at the famous SXSW film festival in March of 2019. It later saw its wider digital and theatrical release in December that same year by way of Samuel Goldwyn Films.

While not every critic loved this film, it definitely has its share of fans. But does it deserve a spot on your streaming watchlist? 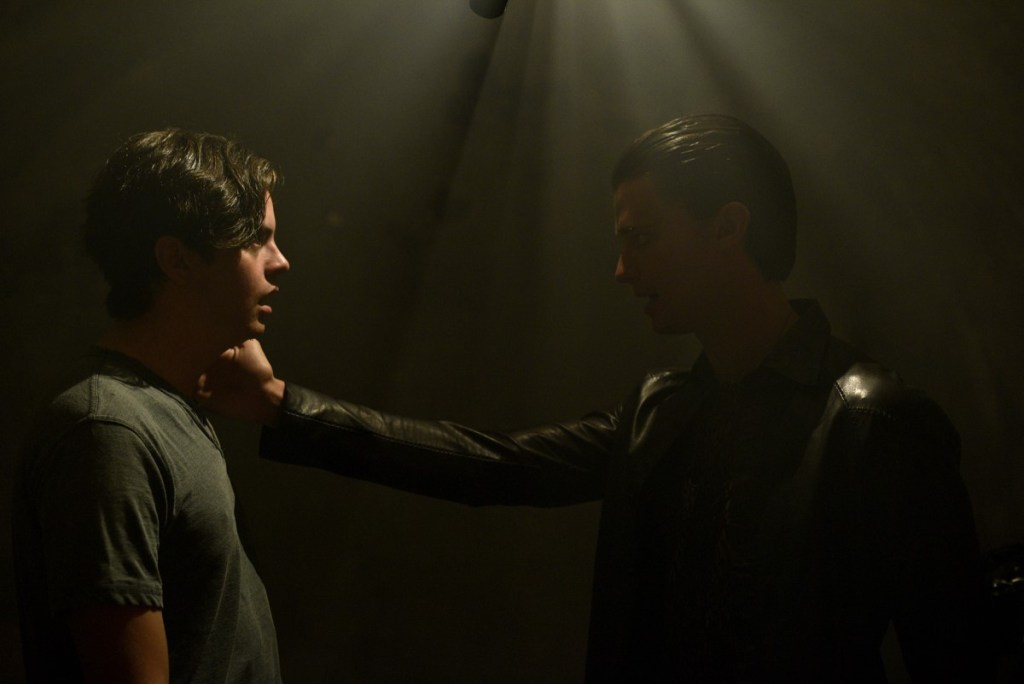 Daniel Isn’t Real introduces us to Luke, a shy child who happens to witness a brutal shooting at a coffee shop. While still at the scene, Luke meets Daniel. Daniel is close to Luke in age, but much cooler — everything quiet, awkward Luke would love to be – and they become fast friends. However, there’s something not quite right about Daniel. To begin with, Luke’s mother Claire (Masterson) can’t see Daniel.

It also quickly becomes clear that Daniel has sinister intentions that aren’t to be ignored, prompting Claire to talk Luke into symbolically imprisoning Daniel in an old dollhouse.

Years later, a young adult Luke (Robbins) is in therapy, as well as highly anxious about his future after college. While visiting his mother, he also happens to unlock the dollhouse where Daniel was imprisoned so many years prior. Daniel (Schwarzenegger) promptly reappears as a young adult version of himself.

At first, he appears to be a positive presence in Luke’s life, but it soon becomes clear that Daniel is as sinister as ever. Who is Daniel, and can he be stopped before he ruins the lives of Luke and everyone he loves?

Daniel Isn’t Real joins the ranks of a bevy of mental illness-themed horror films that have been making the rounds lately. 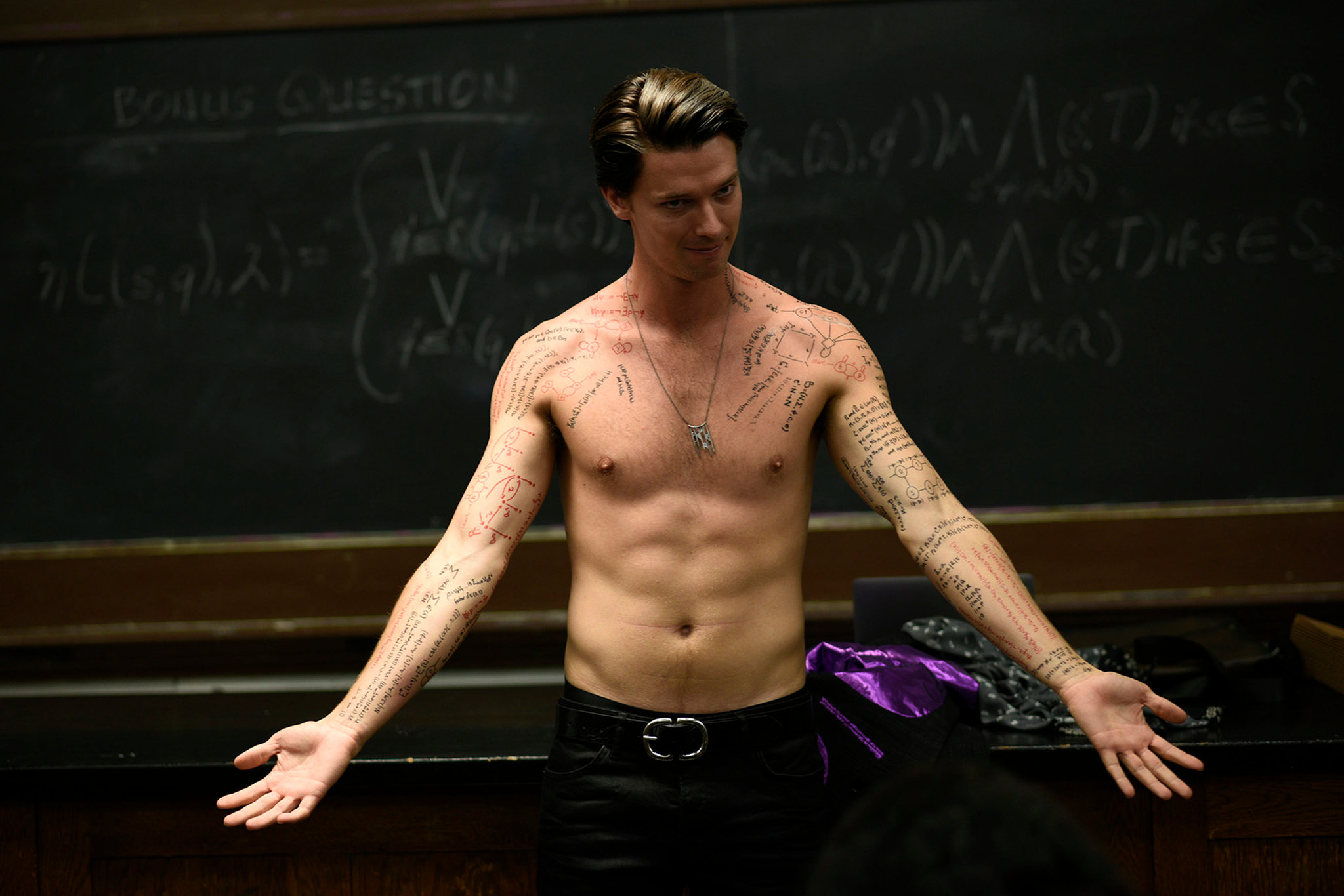 On the one hand, the connections explored between the mysterious Daniel and the troubled mental states of both Luke and his mother are interesting. However, those who don’t care for the way split personalities and the mentally ill are portrayed in other genre offerings aren’t likely to feel any differently about this film.

There are times Daniel Isn’t Real feels exploitative, so it’s best to go in knowing that.

The film also fails to deliver in the character development department. The imaginary Daniel is interesting enough, but many of the other characters — including the troubled Luke — feel wooden and generic, despite the excellent acting skills of the actors playing them. There’s also far too much about the way the plot line progresses that feels predictable and tired. Viewers who have seen many films of this type may feel like they’ve seen all Daniel’s twists and turns before — and they’re not wrong.

However, there’s also a lot to enjoy here. 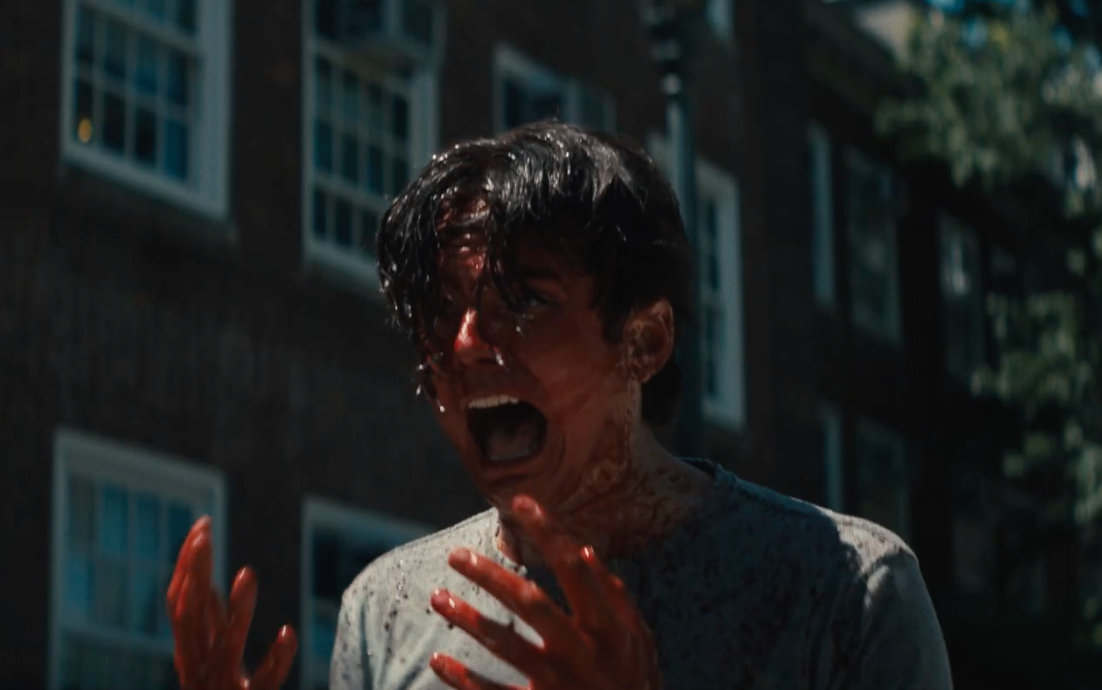 Some of the shots and visuals in Daniel Isn’t Real are quite stunning, and there are more than a few scenes that are scary enough. Daniel as a character is genuinely unsettling, if a little predictable at times, and the film is packed with young actors who shine in their respective roles.

Daniel Isn’t Real tries desperately to convince viewers that it’s deeper than it is, but it’s still well worth checking out for what it gets right, especially if you’re a fan of the director’s previous works.

Don’t go into it expecting it to redefine the way you think about psychological horror, but do take it with a grain of salt and give it a watch on Shudder some night.