“HELLmington” beautifully explores grief and trauma in a small town, but it’s more bleak and unsettling than satisfyingly chilling. Who is it that said you can’t go home again? You may move away, start a family, and believe you’ve changed entirely from the child you were. But sometimes, all too often, your past comes calling.

You’re brought back to the town you’d forgotten, memories come flooding back, and all your sins come home to roost. Sometimes, long after you think it’s over, there’s a reckoning.

Samantha (Sam) Woodhouse, struggling with the recent death of her daughter, has just received another blow: her father is dying. She returns to her hometown in rural Canada to say goodbye. At her father’s bedside, he shouts out the name “Katie Owens” before succumbing.

Katie was a schoolmate of Sam’s who had disappeared nine years earlier. Sam, having become a cop, starts to investigate the disappearance, in the process unearthing secrets about her family, about the town, and about her own role in creating a trauma that never healed. 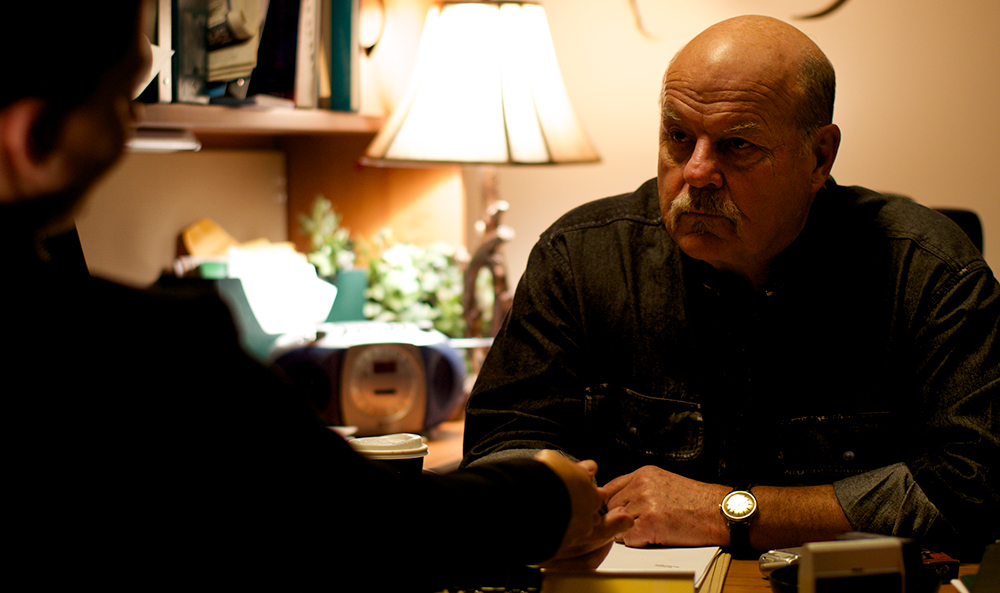 HELLmington is more of a gritty procedural than a horror film.

We have the tough-as-nails detective with a dark past and broken home life, we have the interviews with the colorful locals who don’t always tell what they know, and we have the connection to our hero’s own past to top it off.

This movie could have been one of those countless late ‘90s, thrillers starring Ashley Judd with a title like LITTLE GIRL LOST or STICKS AND STONES. 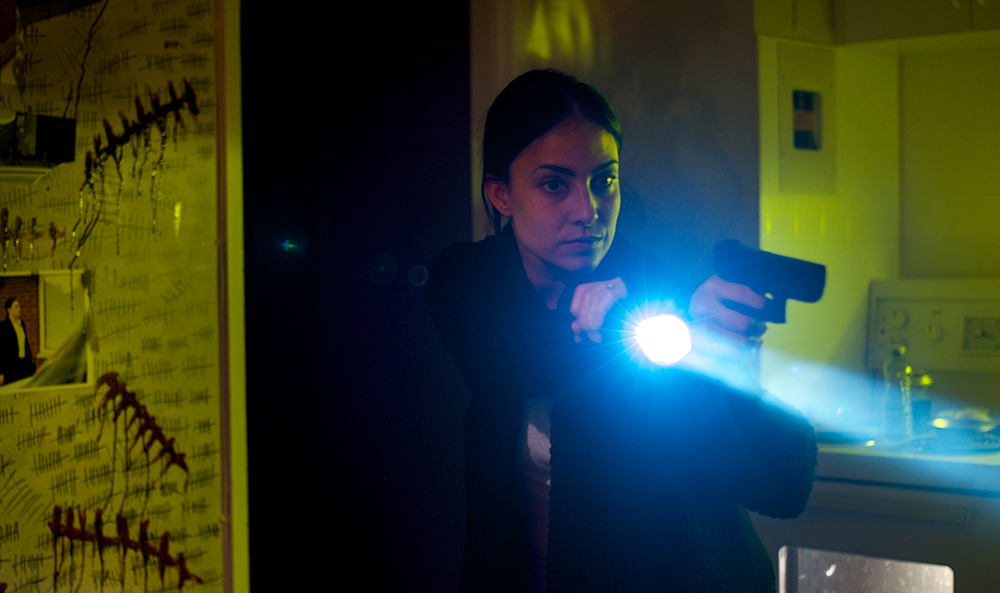 The shots are gorgeous, and the fight sequences, though sparse, are thrilling.  The problem is Sam. So many of these detective heroes are flawed and carry wounds, but they are also magnetic. They are committed to the point of obsession.

Nicola Correia-Damude is fine as Sam, but the character is so humorless, so hollowed out by grief, that it is hard to connect with her.

At 82 minutes, HELLmington is a lean movie, maybe too much so. I could have used more detail on Sam’s character, on the cult she’s investigating, and the sense of place. The movie is, after all, named after the town. The motel clerk, in particular, is interesting and funny—a bright spot in a very dark film.

An interesting note on the title: HELLmington struck me as an oddly spooky name for such a bleak film. 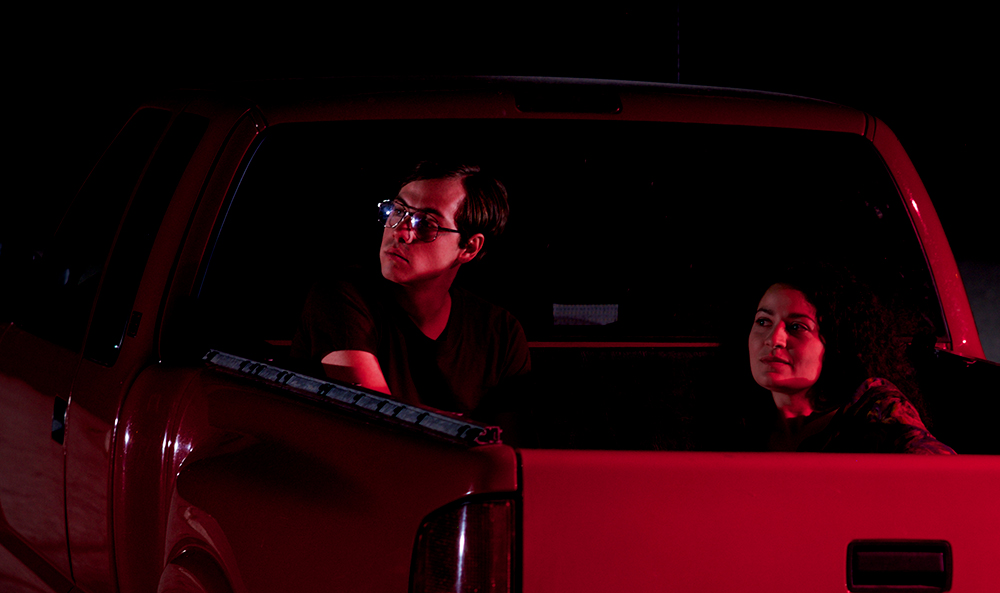 It’s the kind of name you would give, say, to an amusement park done over for Halloween.

It turns out I wasn’t far off.  HELLmington was the winner of the 2015 Cinecoup Film Accelerator Prize, granting $1 million in film financing for a pitch voted on by viewer participation. The original HELLmington was a documentary-style horror film based on a girl going missing at an extreme haunt. The girl’s name? Katie Owens.

It seems every aspect of the story completely changed between then and now, and what inspired the change remains a mystery.

There’s clearly a lot of talent behind HELLmington—the acting, the cinematography, and the set pieces were all solid. But this is a thriller, not a ghostly trip through a haunted asylum.

My horror loving heart can’t help but pine for the fright-fest that might have been.