“As for me, I’ve always been into movies. I’ve been collecting and studying all genres since I was a little girl. I just simply LOVE movies. I have them playing in my home all the time. I really understood people’s love for movies when I once started a thread on a website asking what everyone’s favorite movie was. Within minutes, the thread was flooded with everyone listing what they loved best. I even got an email (which I still have) that was thanking me to start such a topic. That blissfully blew me away!

I was involved in different public shows on Channel 27 and one of them was a comical, live, talk show. The last one of that was a rerun and I felt bad for the people who wanted to get on the air and talk. Thus, I asked Michael Smith how to start my own show. I started the show on movies, because that’s where my life revolved around. I made it a live talk show, because people love to talk on the air and they love to talk about their favorites. I believe that everyone has at least ‘one’ favorite movie even if they’re not into them. The music and prizes were just for the added fun of it… I want to thank the Channel 27 Employees (from back then) and my friends and family for all their support and help with this!” 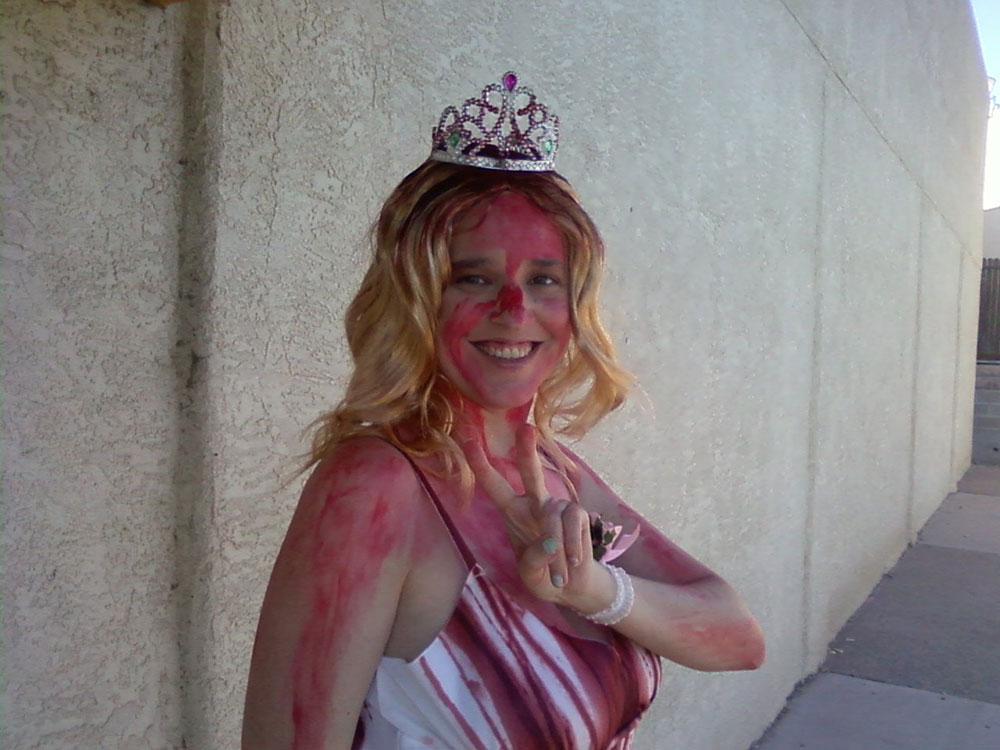 I’ve been a die-hard movie fan of all genres, all my life. I met a lady who got me started on doing Cable TV Shows and Commercials. I worked with that a lot but, my love was for movies. I eventually decided (with some encouragement) to start my own TV Show, and it was about — you guessed it — movies! The show actually went on to promote music, books and other television shows, too. It even promoted local live wrestling for a while.

I called it ‘Dr. X’s Creatures’. I first joked that I worked for Dr. X. But, everyone kept insisting that I WAS Dr. X. I finally accepted the name for myself and hold on to it to this day. The show ran for almost 6 years. It was a live show and I had a lot of guests. Lloyd Kaufman was super kind enough to show up one time. 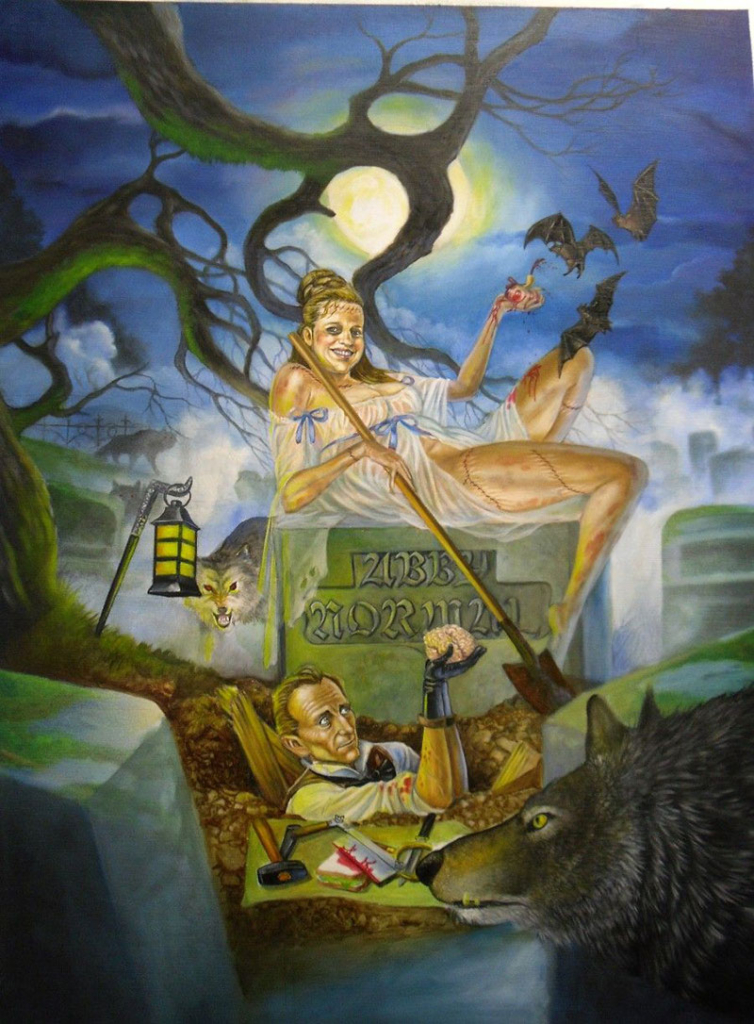 Backtrack: At the beginning of the first season, I was asked to do a plug for a website. I was open to it, and that opened the doors to some local film makers and enthusiasts — which led my show to get a good review in a popular local newsletter magazine. So these film people wanted to meet me and become my friends. I heard from them all the time, regarding watching and making films. I got invited to parties all the time. I wanted to break from TV Shows and transition into films. I thought that would be my break, but it wasn’t. I was just a friend.

Then one day someone asked me to help a friend with their film, and I jumped  at the chance. Nothing came of it though. It was never even finished. So, I finally got really hungry to work in the movies. I had no luck in my town with that, though I did more Cable TV Shows (different types). Plus one time on regular television.

So I started looking elsewhere; mainly whatever I could find online. Almost immediately I got cast in ‘Fright World’ and was flown to New York. That job later landed me work in another film called ‘H8’. For that one, I got flown to Canada. But, ‘Fright World’ is where it really started altogether. 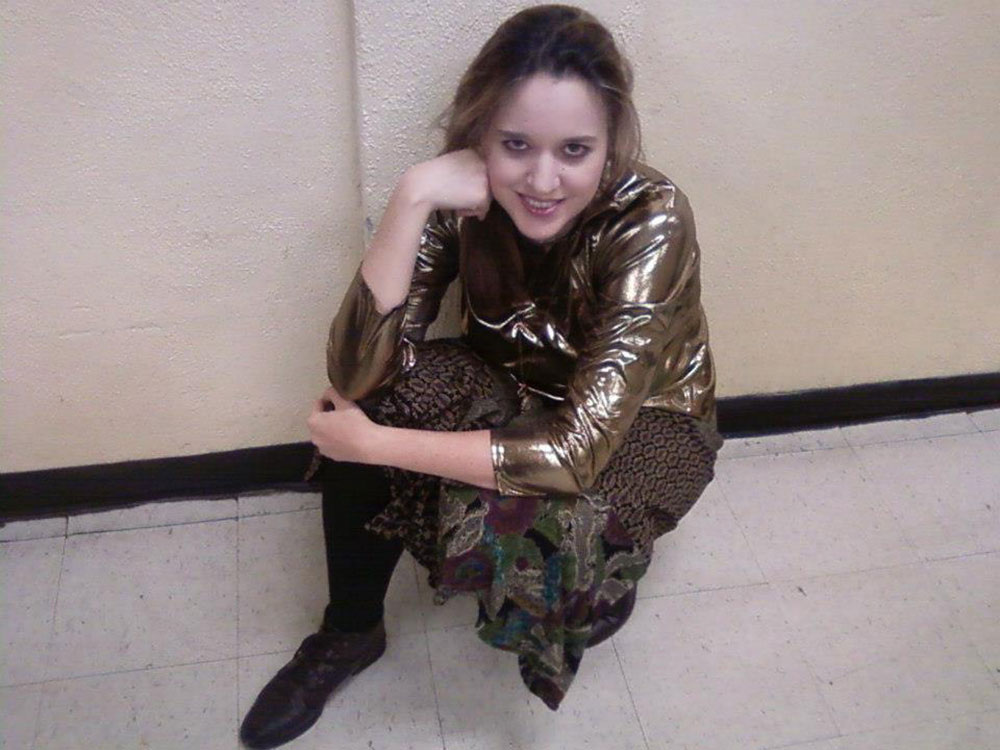 My first thought to this answer was none, but now that I think, there have been a few. There was Betsy Palmer (may she rest in peace). I used to quote her monologue from Friday the 13th all the time. I loved it. I had friended her on Myspace back in the day. I knew she was on Facebook, too, but I didn’t want to open up an account there at the time. Then one day she said she was quitting Myspace and was only going to use Facebook, just to let us know. I opened a Facebook account so I could keep following her. Betsy Palmer was the only reason I initially joined Facebook. Yes. 🙂

Barbara Steele is another. She’s played some awesome roles in some great horror films. I envy her for that fun and love to watch her work. 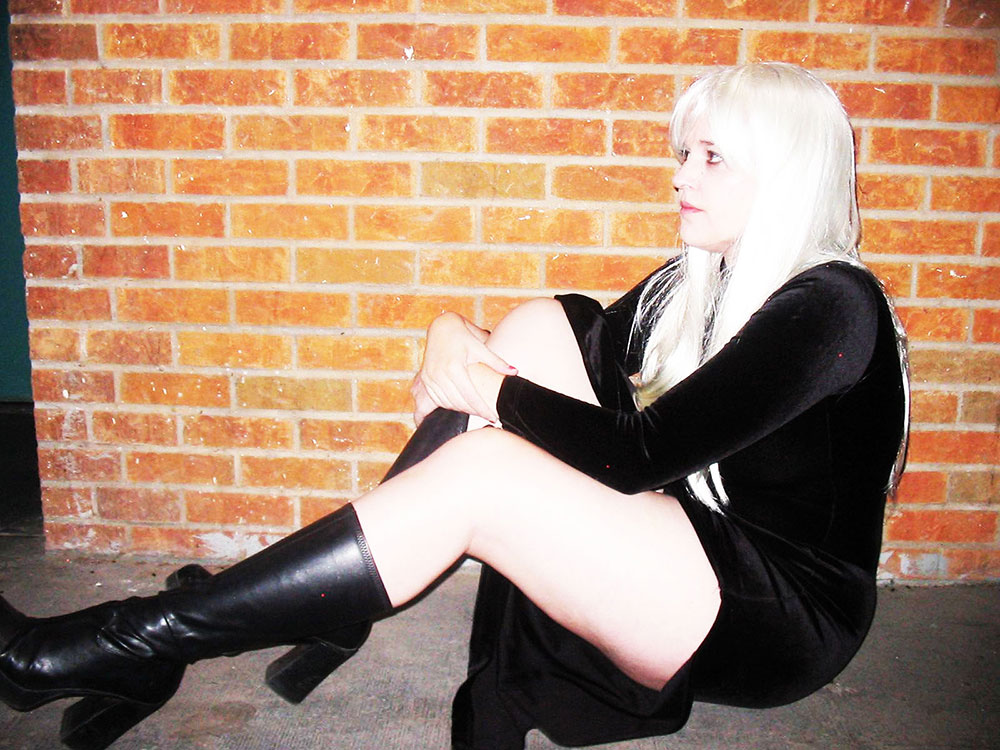 Tough One. My family loved horror, and we rented horror films all the time. Funny enough, though, I didn’t start off liking horror. I was thinking, “Why would I want to see something that scared me? What was the logic in that?” I would even get offended about it. LOL.

Finally one evening, I decided to make myself watch some horror and violence on television. I then started to appreciate the uniqueness of them. They definitely had a world of their own. More like a universe. God Bless Video Nasties, BTW. I miss seeing those in stores. They would always draw me in, and I never got enough of looking at them. My friends would joke about not allowing me to look in their direction. I would want to spend the whole visit-to-the-stores in those sections. LOL.

So like I said, my folks watched a LOT of horror once upon a time. That would make it hard to pin down. But if I was going to pick something right now that hooked me on the genre, I guess I’d pick A Nightmare on Elm Street. It scared the heck out of me! And then my dad went and put up a screen door with metal bars afterwards and made jokes about Freddy coming for me. Darn him. LOL. Those metal bars tripped me out. 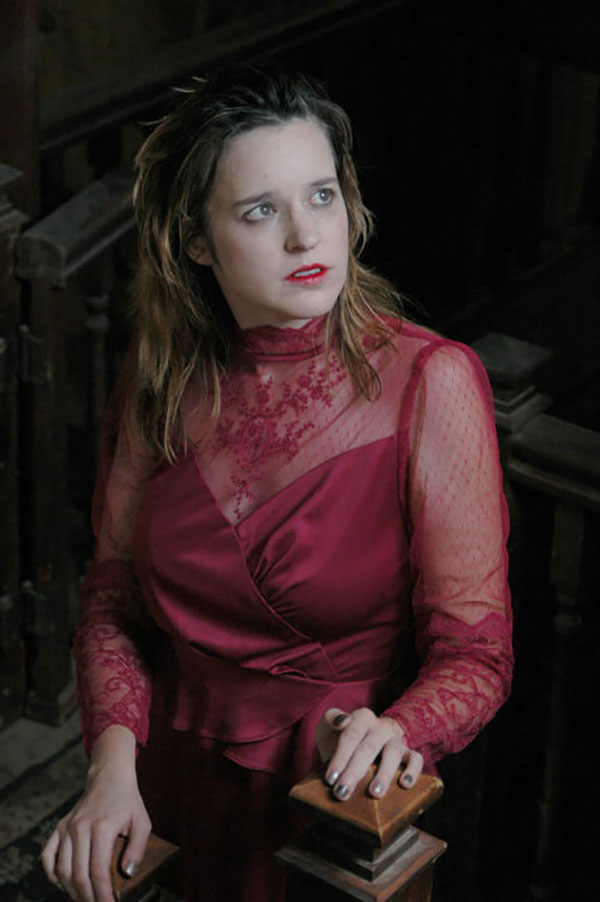 Freddy’s Revenge scared me too, but I found the concept of him being able to terrorize outside of dreams to be an interesting one. I remember my mom wanting to rent that at the store, and oh I did NOT want to. I begged her to rent Beverly Hills Cop. But she insisted. Oddly enough, I started warming up to horror movies a little bit more after viewing that one. Did I mention we only had one TV at the time…so I watched whatever they did, pretty much!

By the time ‘NOES: Dream Warriors’ came out, I was jumping up and down (literally) at the idea. That one scared me too. It wasn’t until ‘Dream Master’ came out that I finally chilled about Freddy and decided he was my hero. 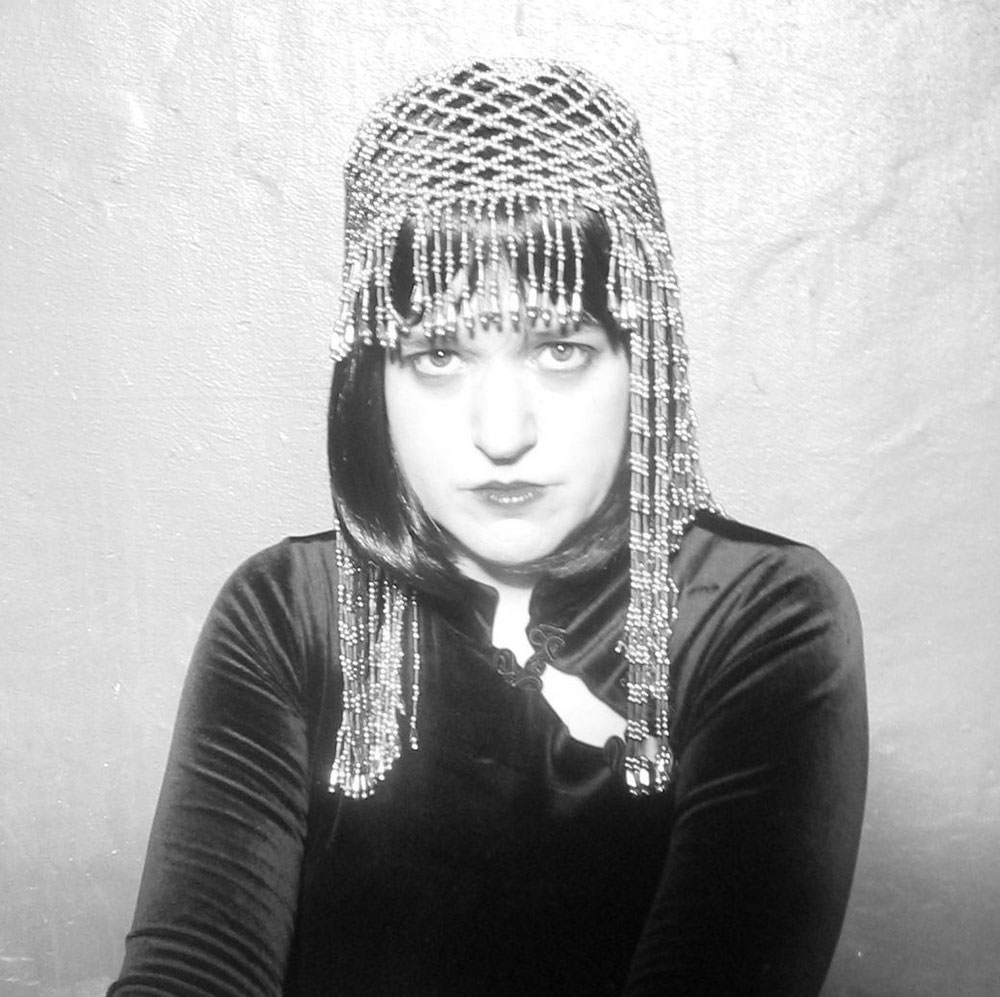 For modeling, it was originally just to get some work under my belt and enhance my resume. But I’ve mostly moved on from that. I noticed that most (not all) photographers had the same bland idea, and it just seemed like a waste of time for me. I prefer more artsy, creative work — and pretty much any genre will do. Dramatic, Horror, Outdoorsy, Everyday Stuff, Eccentric, Etc…As for scripts, movie concepts and articles, I am drawn to those that give me something of particular interest. I have not yet found a reason to turn away from an article idea. They have all been very fun. 🙂

What mainly draws me in to a movie concept is the following: (1) I like the more innovative idea of the story; (2) It’s the type of screenplay I have always wanted to work with; (3) It’s a character that I KNOW I am going to have a good time with. 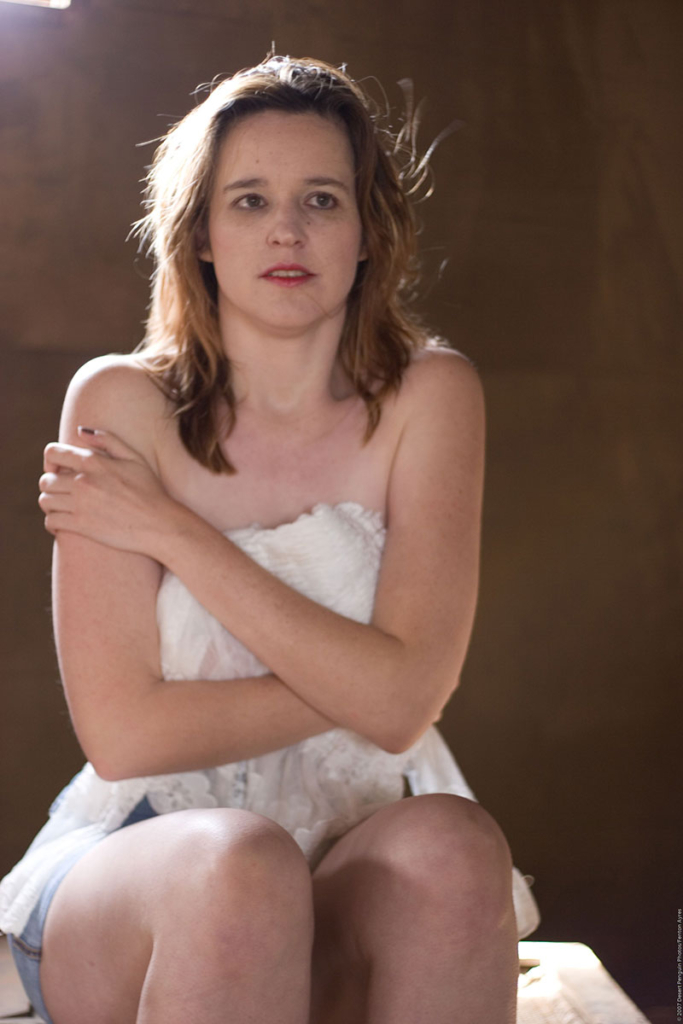 I have never noticed it changing through time. But I have noticed in different horror movies, in any particular era, women in the genre have been portrayed in different ways. In each era, scream queens have played a vast amount of characters. It has been wonderful viewing all these type of films. Even the soft-porn ones can be fun sometimes. So far it looks like things will be working out the same for some time. People like making movies, and people like watching them. 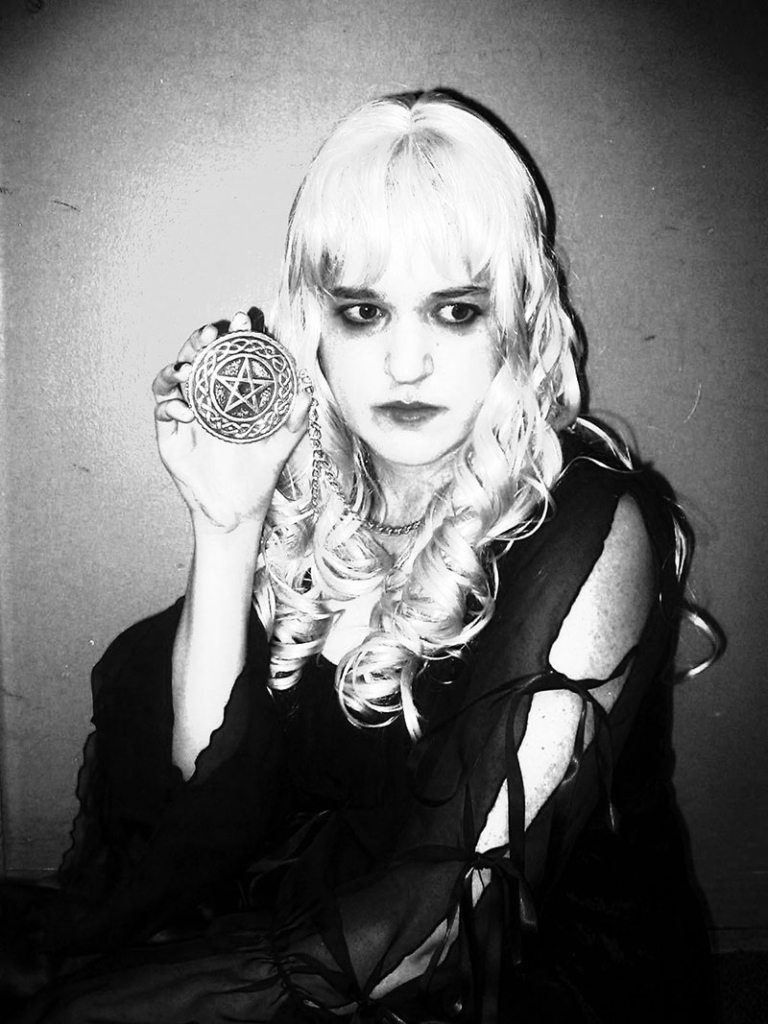 With regards to Horror, I have already done my part in filming and am waiting for ‘Balls for Brooklyn’ to be released. And I filmed something to see if it gets picked up with an anthology series. If it does not, I’ll release it myself. My friend wrote the storyline and came up with the title, ‘Opposite Feelings’. That one is more of a thriller. I am working on my own project right now, too. It’s partly New Age style and a homage to two Malcolm McDowell movies: ‘If….’ and ‘O Lucky Man!’ So it is more of a Comedy/Drama. I haven’t decided on a title yet.