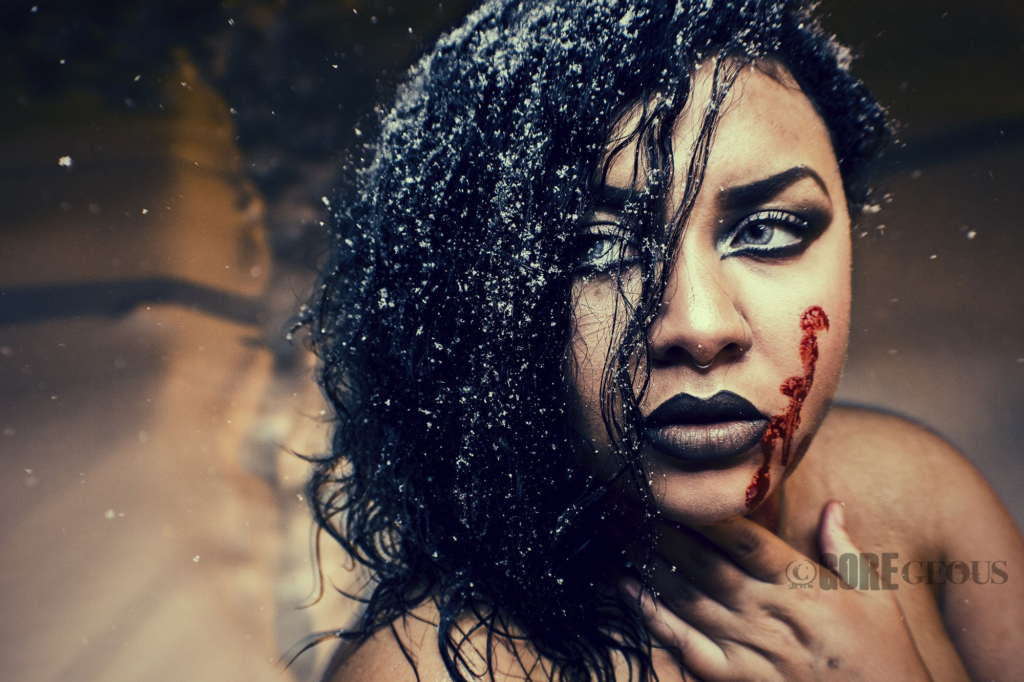 Nneka Taylor, better known to fans as Nneka Nekro, was born and raised in Covington, VA. Growing up in a small town, she always felt herself reaching for answers that most weren’t willing to give. Her questions about Religion, Sexuality, Death and Horror were always discarded around her. She decided to pick those pieces up and build them into her dark aesthetic. Always attracted to the beauty inside the darkness, Nneka thrust herself into a world of Make Up, Music and anything with a psychological twist.

Little did she know that she was about to cross paths with someone that would change her life in more than one way. While attending The Alleghany County Metal Massacre with friends, she happened to catch the eye of the person photographing the event, who was ironically hosting the event to launch the beginning of an all-female horror photography company named GOREgeous. 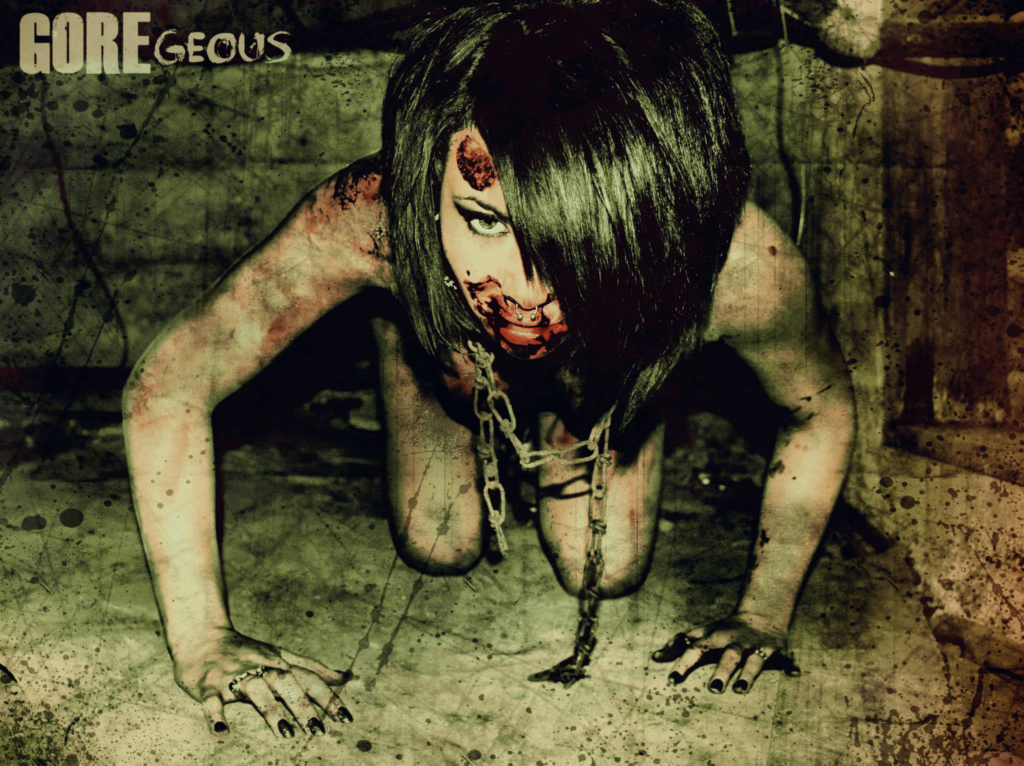 Once they met they clicked immediately. Their love for the obscure, True Crime, Horror and the human psyche not only ignited their creative bond but led to a relationship between the two. Not only did they embark on their future together as a couple, but they entangled themselves into their art together. GOREgeous now had a new Aesthetic. As Nneka’s wife likes to say “Nneka is the epitome of what led me to create GOREgeous in the first place. Something so gorgeous yet so different and dark.”

Nneka not only co owns the company with her wife Heather Taylor but she also models, does make up / special effects and handles all GOREgeous publicity. She still can’t seem to stay still, as her fascination with Science and the human brain led her to continue her education and she is currently working to obtain her Bachelor’s Degree in Health Sciences. A force to be reckoned with, there’s no telling where this beauty and the blood around her will take her or GOREgeous in the upcoming future. 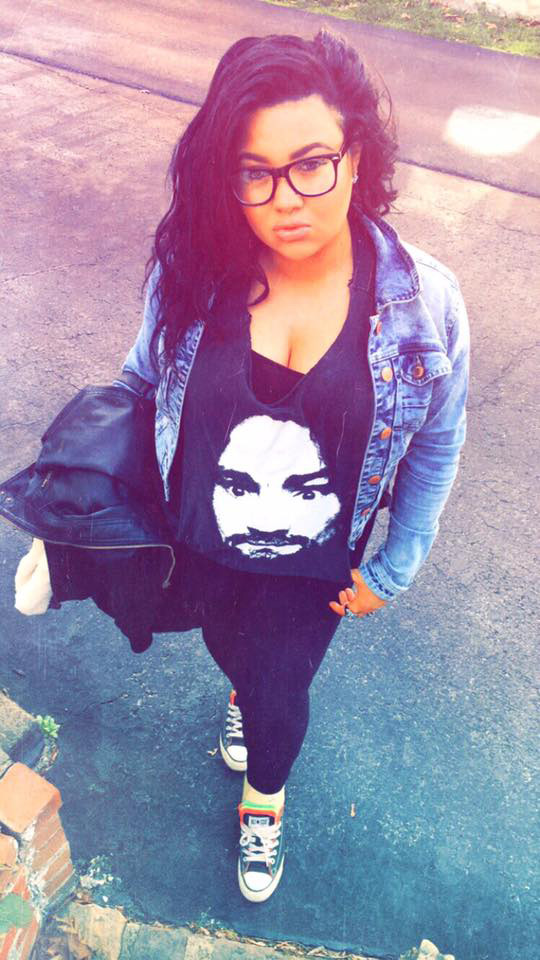 From elementary school and on, I was very active within the school’s art programs. I submitted multiple pieces into various art shows and competitions from oil pastels to sketches. After I started high school, though, I focused more on academics and let my art fall by the wayside. It was not until I attended an event during my first semester in college that my artistic abilities were awakened.

My now wife, Heather, was then hosting an event for the release of her newest business endeavor, GOREgeous. I was offered an opportunity to work with the business, and after my first photography session I was obsessed. Not only did Heather and I have an intense love for each other, we had a business with which we both had a passion. After we wed, I was signed on to the business and became a joint owner of the company. 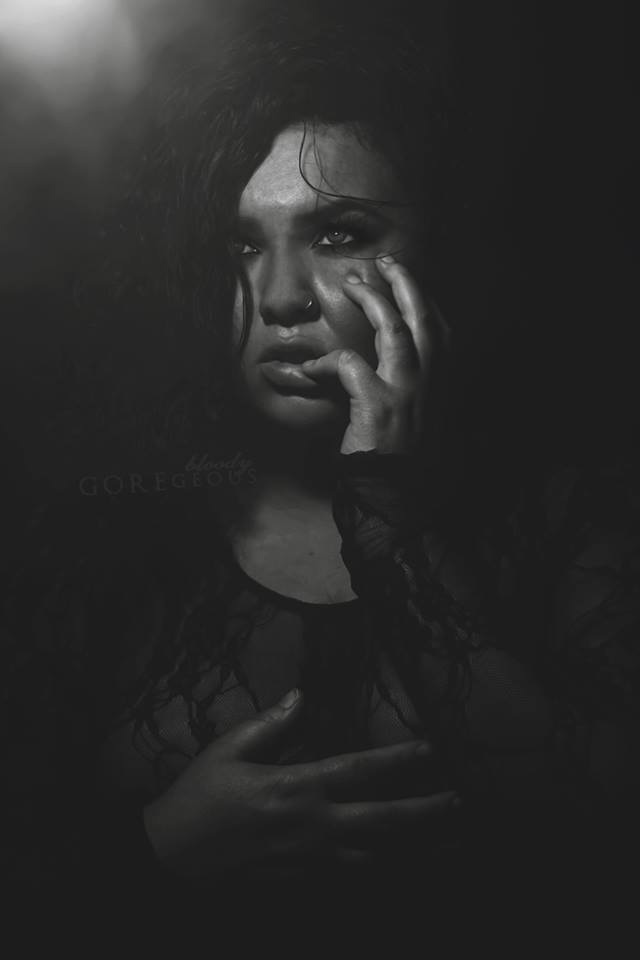 All women! I did not have a liking towards one person as I appreciated (and continue to appreciate) the variety of talent. Each role’s metamorphosis requires a state of mind to bring the character to life, and the diversity of female roles provides perspective on all their abilities. It also motivates me towards what I strive to accomplish within my own life. 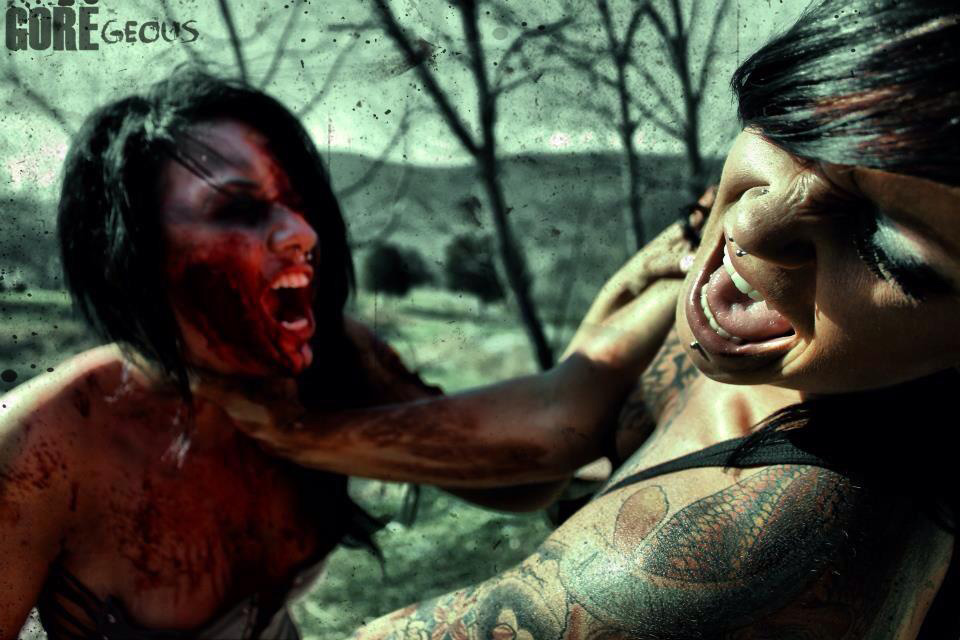 I have always been a fan of psychological thrillers, but I did not have a huge basis of horror until I was introduced to one movie that has remained in my head. I know I will show my age with this answer, but a group of my friends in high school got together to have a binge movie night where we watched A Serbian Film and Cannibal Holocaust. I had watched horror movies in the past, but nothing had compared. Both were such raw, visceral films that depicted scenes I had never seen in mainstream horror and left me wanting to see and know more. 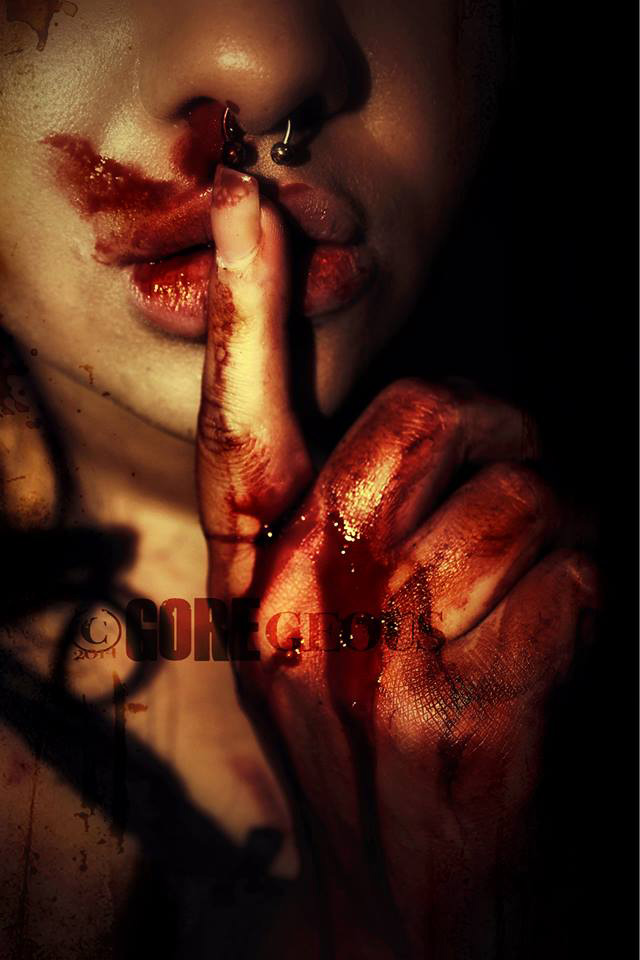 I usually use my gut instinct when it comes to art. When I am given a proposition, I try to gain as much insight and knowledge on the project at hand and visualize myself within that role. If I feel able to mold into that specific character and their mindset, I will put my all into that project. I also believe that having a team that has the same passion and dedication plays a part in whether the project is a fit or not, as management and organization of the project is important. 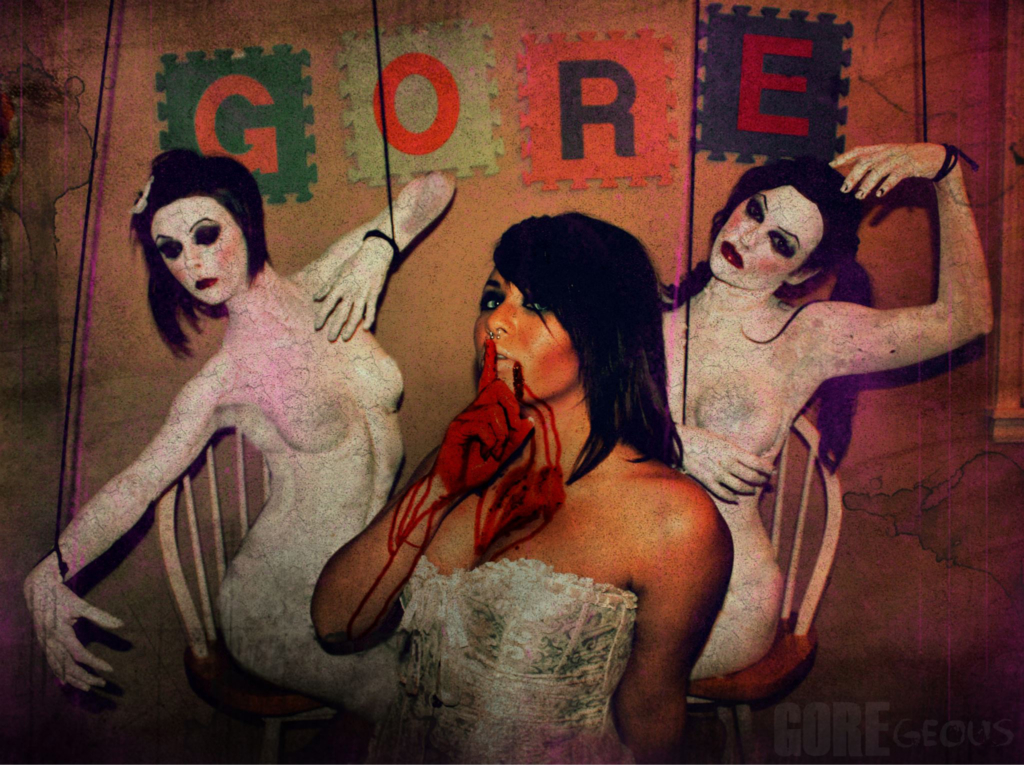 Art follows social, political, and worldly events, so it is not unfathomable that the horror genre also changes, too.  Being able to see first-hand the evolution of women in horror and being part of that change is such an honor. I see the transformation of women having more prominent, powerful roles that does not entail always being a helpless victim. In a male-dominated industry, women are showing their capabilities and talents go beyond what was imagined. I foresee this not being a fading trend, but a way the horror community will continue growing and progressing. 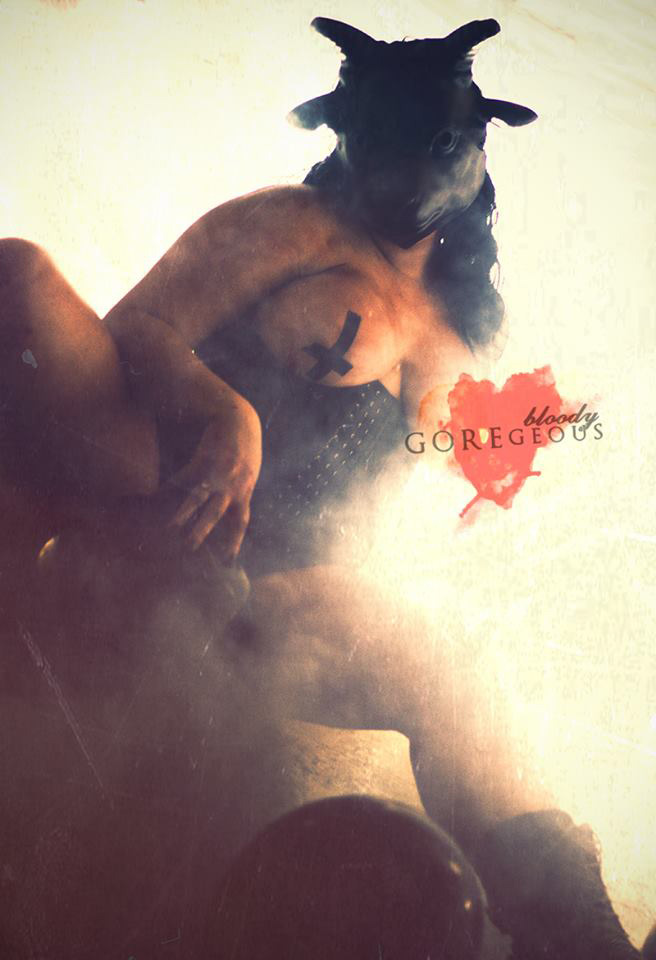 We have a few tricks up our sleeves involving expansion beyond photography; however, you will need to stay tuned by following us to see the updates! 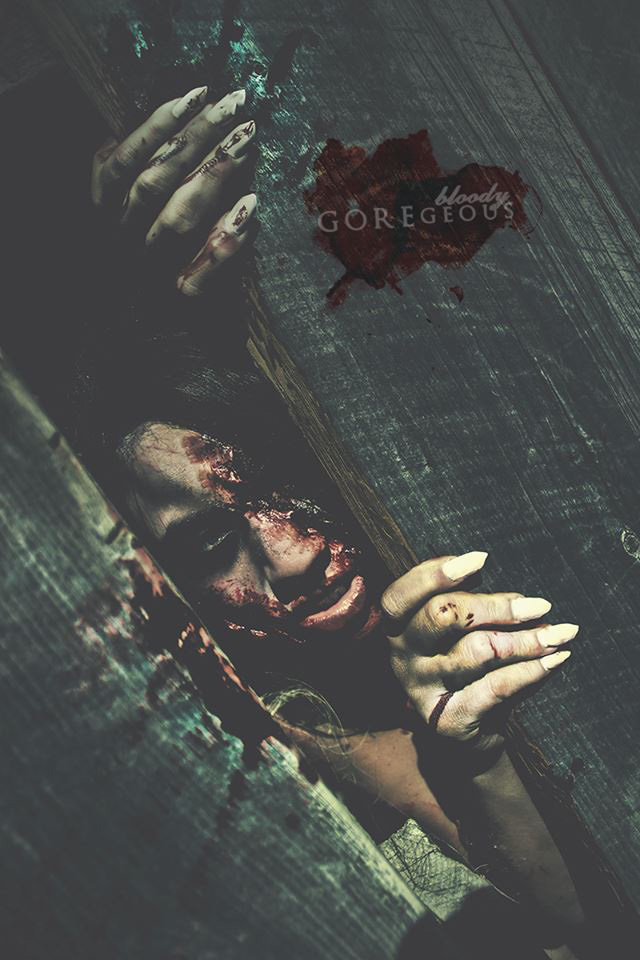