The Fantasia Film Fest 2018 Selection “Tigers Are Not Afraid” is a fearless, boldly original, female-driven, dark fairytale that demands to be seen. 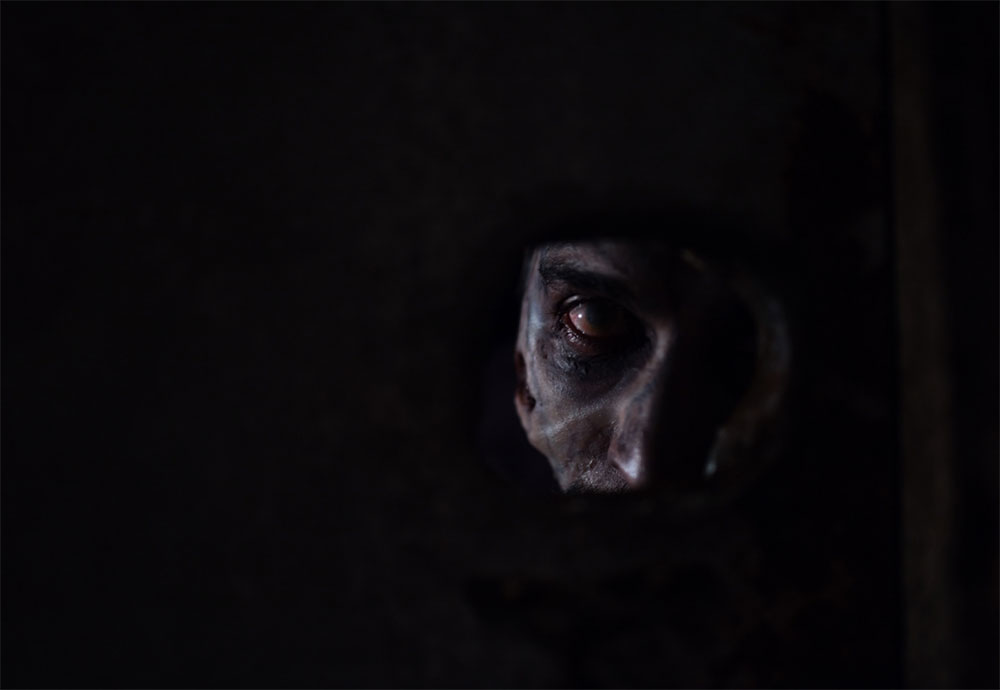 The Drug War throughout Mexico ravages the population in almost epidemic proportions, leaving a level of devastation shared by so many. The collateral damage this War causes is unprecedented. And before the film Tigers Are Not Afraid, it was unable to yield a proper cinematic ambassador that painted the picture for the kids caught in the middle of it all.

I was left stunned by Issa Lopez’s wildly imaginative tale that was grounded in the real-life horrors the cartels commit.

I have never really seen anything like Tigers Are Not Afraid (TANA), and it blew my mind and tugged at every fucking heartstring I didn’t even know I had. It was bold, brilliant and often breathtaking, successfully transporting me into the “kingdom” of these kiddos for its 83 minute running time. TANA was one of those films that lingered inside my mind for days, often finding myself revisiting one of the beautifully captured moments from the film, still getting a bit emotional. 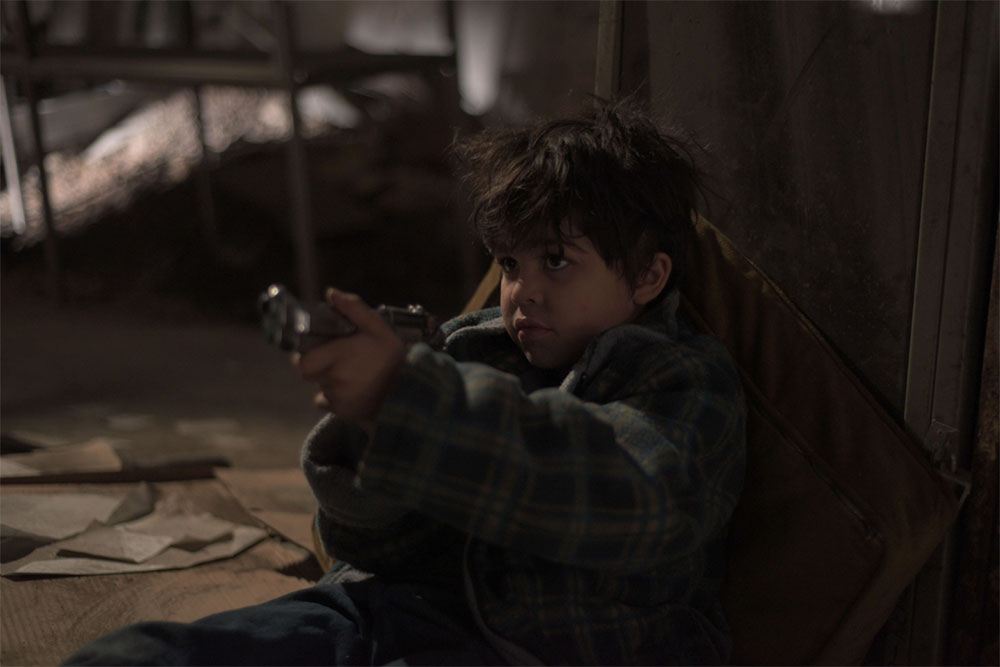 Los Tigres No Tienen Miedo begins with the failed attempt at taking notorious gangster Caco’s life, by the street savvy Shine (Juan Ramon Lopez). It’s an unsettling opening, as we witness how much this young man wanted this individual dead, but just couldn’t pull the trigger. Shine instead sneaks back into the shadows with a stolen phone and gun, sulking at his missed opportunity.

All of this is quickly followed by a violent shooting outside Estrella’s (Paola Lara) school, causing classes to be cancelled until further notice, as well as the disappearance of her beloved mother and the beginning of the poor girl’s woes. Estrella tries to befriend the small group of street kids led by Shine, who have made camp near her home after days without her mother and no one else to care for her. She is hungry, scared and in need of companionship. 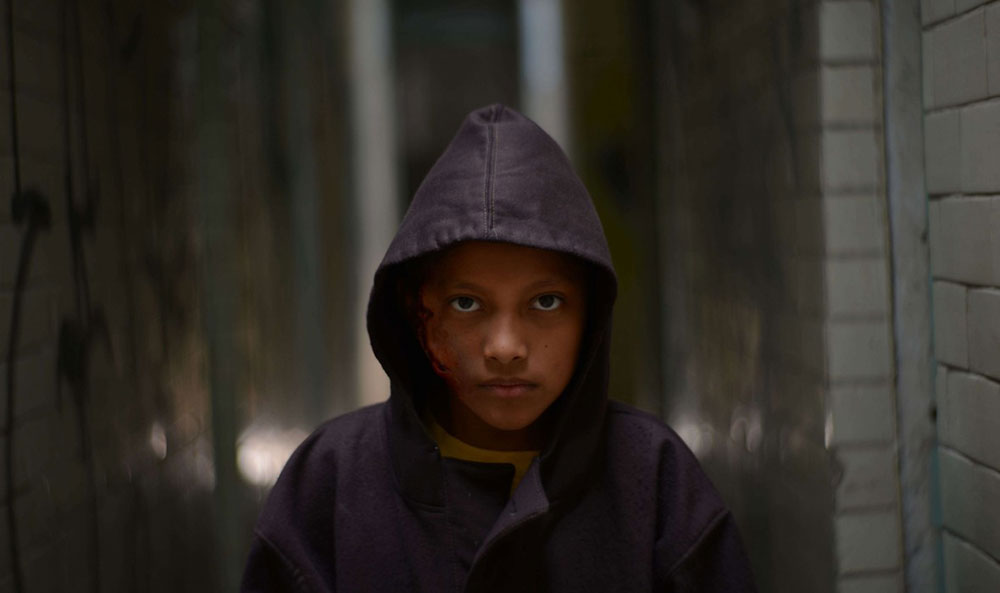 “Chicks are bad luck!” both Pop (Rodrigo Cortes) and Tucsi (Hanssel Casillas) exclaim, but Estrella soon proves herself by rescuing not only the groups littlest member Morro, but other captured children in her mission to kill the heartless Caco (Ianis Guerrero). She is then welcomed warmly into their makeshift family, one that displays a level of loyalty akin to the kind shared by trauma survivors. Shine resents the fact it was not him that was able to kill the gangster but eventually warms up to the addition of Estrella to the group.

I need to say that all the kids that act in this film give nothing short of phenomenal performances, rightfully earning some awards along the way on this current festival run. 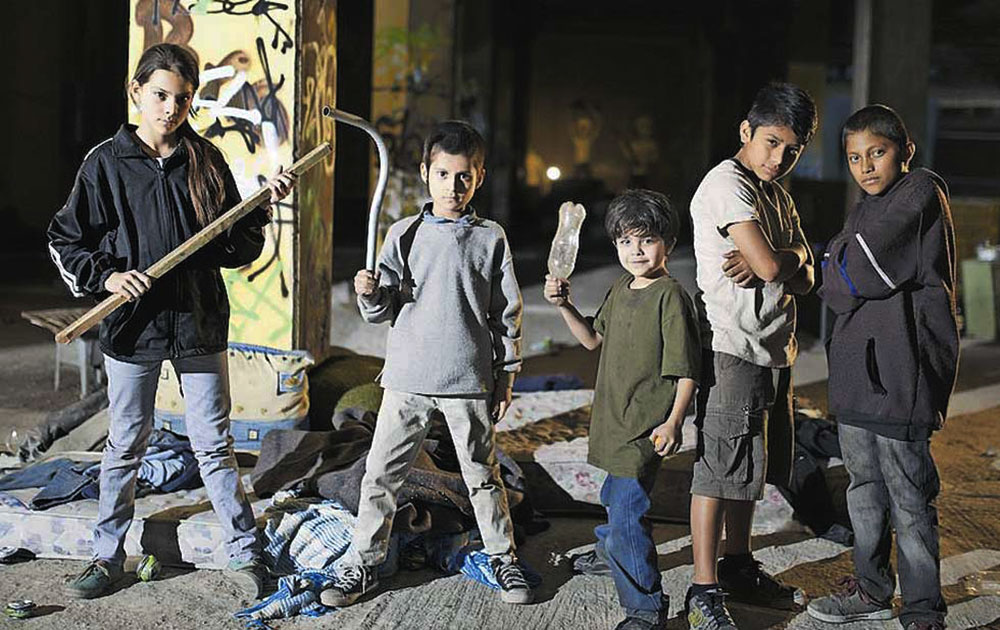 The young actors’ screen presence and chemistry with one another is mind-bogglingly natural and heartfelt. TANA has also garnered awards for editing, direction, and cinematography. It’s a dark, moody adult-themed tale that is similar to Guillermo del Toro’s Pan’s Labyrinth, but one that remains truly unique.

These give the kids fairytale assistance against the relentless pursuit of El Chino (Tenoch Huerta) and the Huascas, who are after them for the what is on the stolen phone. Also giving Estrella aid, but at first haunting her, is a spirit seeking vengeance for all the death at the hands of El Chino.

Lopez is not afraid to be real and direct while delivering a fairytale escape from ordinary film.

TIGERS ARE NOT AFRAID is not a feel good movie, but it’s a movie that deserves to be seen, no… experienced.  It’s a beautiful and brutal story of survival, revenge, and finding the warrior within — and it’s well worth your time.