Heavily inspired by Lovecraft, Xavier Gens’ Cold Skin is a visually stunning, poetic and atmospheric film that is as haunting as it is horrifying. 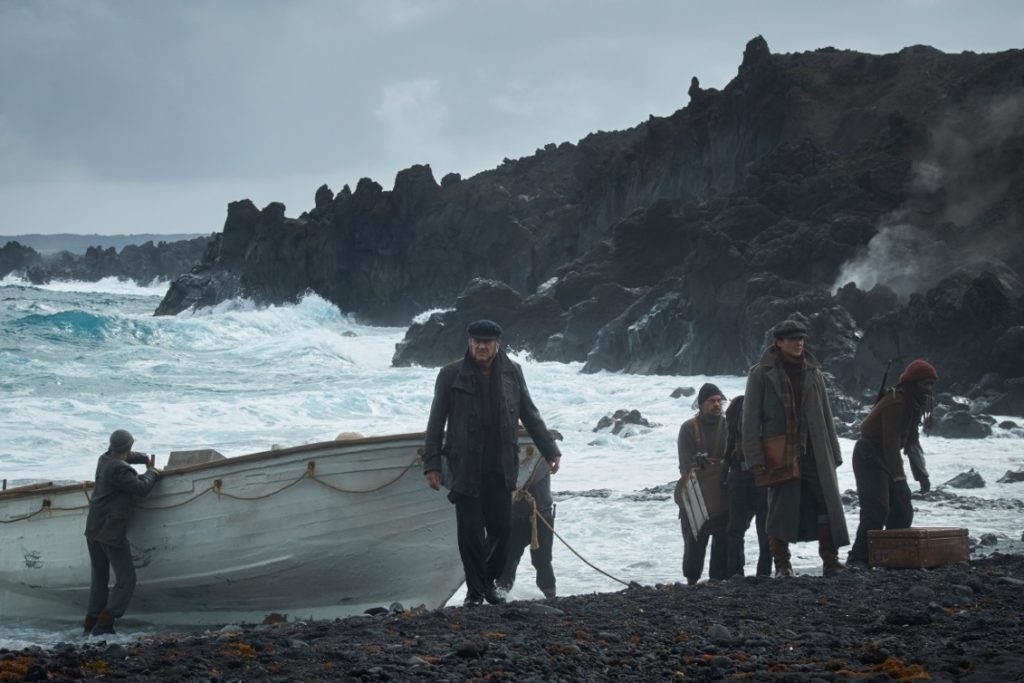 French filmmaker Xavier Gens has amassed a small but impressive body of work, with brutal but thought-provoking horror films like Frontier(s) (2007) and The Divide (2011). And his segment “X Is for XXL” — for the experimental horror anthology film The ABCs of Death (2012) — was arguably one of the most thoughtful and memorable of all 26 shorts.

With his most ambitious and visually spectacular film to date, Gens once again plunges us into an unnerving descent into the heart of human monstrosity.

Adapted from a Spanish novel written by Albert Sanchez Piñol, Cold Skin tells the story of a young seaman sent to a remote island outpost to survey the weather in the Antarctic wilderness. Set in the early 20th century, the man (David Oakes) accepts the difficult post in hopes of finding isolation and time for self-reflection.

Once there, he encounters a gruff and decidedly inhospitable lighthouse attendant named Gruner, played by the versatile and extremely talented Ray Stevenson (Dexter, Thor, Divergent). He learns from Gruner that the previous surveyor disappeared under mysterious circumstances.

The film wastes no time getting to the horror elements — thrusting the man, known simply as Friend, into a treacherous battle for survival when his cabin is besieged by strange creatures one night shortly after his arrival. After an epic battle results in a heart-pounding shootout and a massive fire, Friend is forced to seek shelter in the lighthouse. 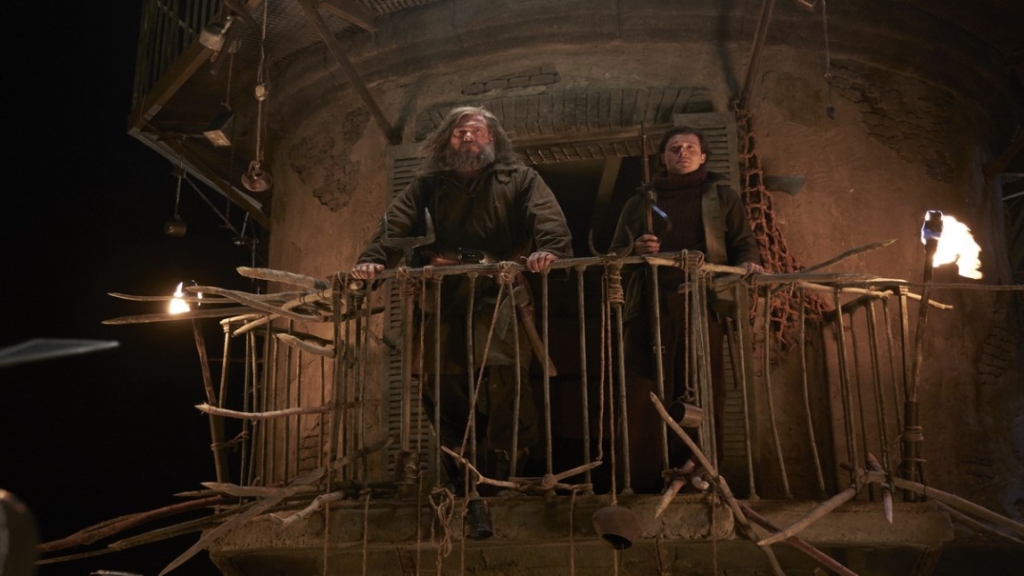 Reluctantly, Gruner agrees to let the stranger live with him, but only if he agrees to obey his every command. Once inside, Friend discovers the extent of the danger lurking just beneath the frigid sea — and the extent of his host’s isolation-induced madness.

As the film progresses, it pivots wildly from thrilling creature feature to dramatic and often agonizing tale of desolation, loneliness, and fear.

During the night, we’re treated to action-packed battles confidently staged by Gens, as a swarm of creatures repeatedly rises up from the sea to scale the heavily fortified lighthouse walls and descend upon the two men. Gruner’s bloodlust for the creatures quickly becomes apparent, while Friend struggles with the morality of murdering the remarkably human-like creatures.

Friend’s feelings are complicated by his introduction to Aneris (Aura Garrido), one of the creatures who Gruner has captured and domesticated. The silent and submissive Aneris serves at the feet of her cruel master, performing double duty as his pet and his mistress.

As the two men settle into a daily routine of survival and preparation for the nightly attacks, Friend begins to feel increasing compassion and concern for Aneris. Meanwhile, we learn of Gruner’s obsession with eradicating the creatures — even though he freely admits to being the real invader on the island.

In between the rousing battles and grandiose visual spectacle, the film’s core themes are richly explored. It’s here that Cold Skin reveals itself to be a deeply moving and intellectual film about what it means to be human…and what makes us monsters.

The creatures themselves are impressive — at times quite menacing, and at other times relatable and sympathetic. Larger groups were created with solid CGI, while individual ones were done with excellent practical effects designed by Arturo Balseiro (who created the fish/human hybrids of Stuart Gordon’s Dagon).

The exceptional and strikingly realistic creature effects coupled with strong performances from Oakes and Stevenson help ground this fantastic tale, while elevating it well above your standard monster movie.

However, as good as both the human and inhuman characters are, the real star of the film is the stunning setting accentuated by Daniel Aranyo’s remarkable cinematography. Sweeping shots of the beautiful landscape highlight both the undeniable beauty of the island as well as the overwhelming sense of isolation and abandonment. 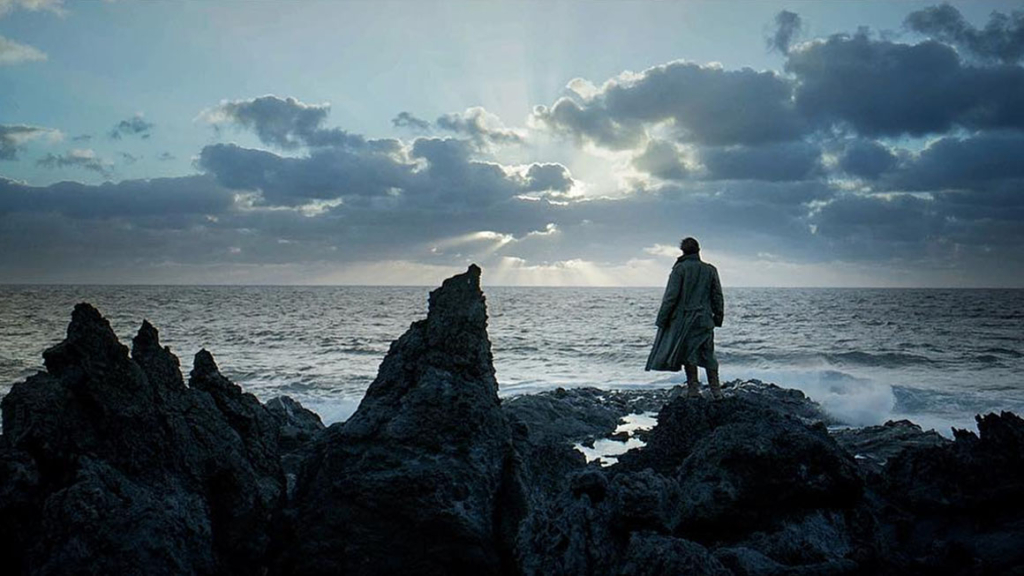 There’s a pervasive sense of foreboding throughout the film, and a chilling undercurrent that pierces the stark beauty of the pebble-strewn shores and ominous grey skies.

Cold Skin has been in the works since 2009, when David Slade (30 Days of Night) was set to direct from a script by Alex and David Pastor (Carriers). At some point during development, Gens took over direction from a script by Jesús Olmo (28 Weeks Later).

Despite its long and troubled journey, Cold Skin arrives as an extremely accomplished and assured work of both heartbreaking horror and extraordinary beauty.