Digging Deep: The Last House on the Left

Posted by:
Tags:  digging deep The Last House on the Left Wes Craven women in horror

Sadie the Sadist: An exploration of woman on woman violence in Wes Craven’s “The Last House House on the Left” and its troubling real life parallels. 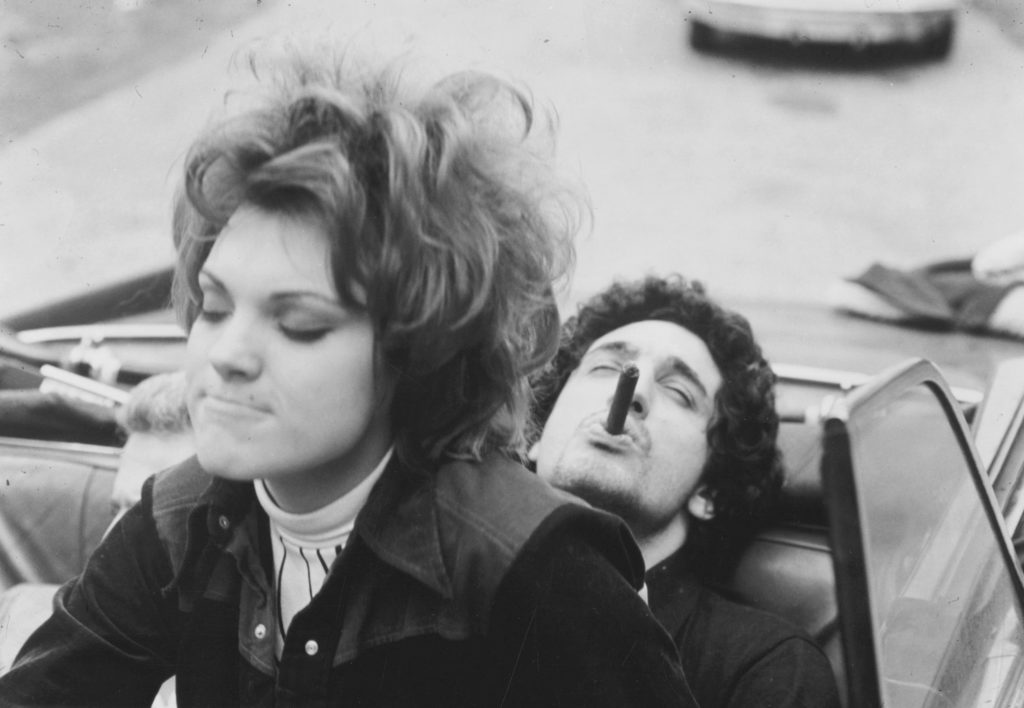 Wes Craven produced a lot of iconic horror throughout his life. A lot of it has become extremely popular and revered. But like most horror, his work hasn’t received the critical analysis that it seriously deserves, and The Last House on the Left is no exception to this. Craven’s first film, it is imbued with his signature intelligence. But The Last House on the Left is a purposefully gut churning watch.

It’s difficult not to feel discomfort and revulsion while viewing, and it’s definitely not a film for everyone. This is Craven’s exploitation horror film answer to Ingmar Bergman’s The Virgin Spring, which is inspired by a Swedish ballad from the 13th century. He sets his film in 1970s America and follows the torture and rape of Mari Collingwood and her friend Phyllis Stone at the hands of sadistic serial criminals Krug, Weasel, and Sadie.

Interestingly enough, Sadie plays a major role in the assault of Mari and Phyllis. To make matters even worse, Sadie actively enjoys hurting the young girls.

While it seems counterintuitive, women most definitely can (and do) participate in rape culture, as well as indirectly aid and abet it. 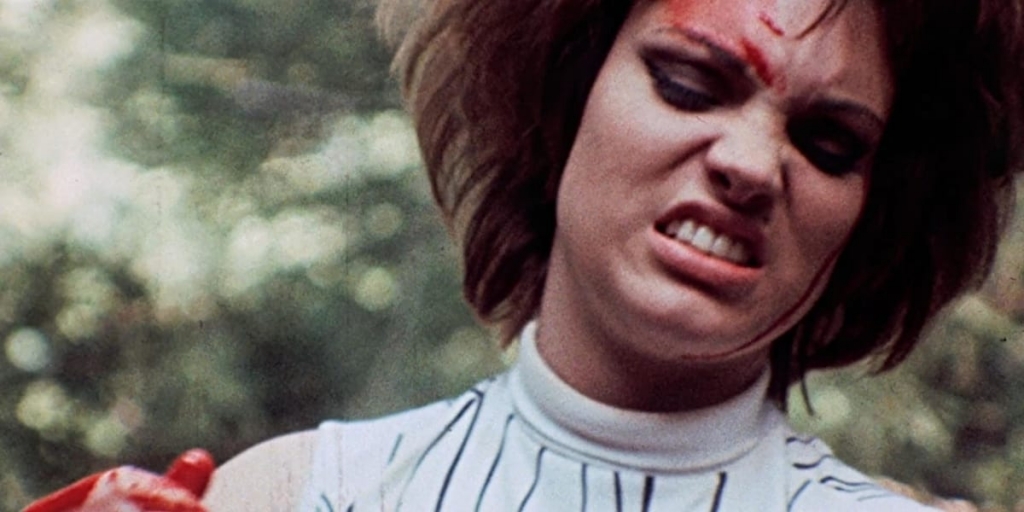 While there are women who do hold the best interests of other women close to their hearts, there are others that seek to harm other women, while willingly playing into toxic patriarchal systems.

In The Last House on the Left, Sadie plays an extremely active role in the torture that the girls endure, even sexually assaulting Phyllis by groping her breasts. Sadie is all too nonchalant about the men harassing the young girls and allows Krug to mercilessly rape and murder Mari. In rare cuts of the film, there is footage of Sadie herself taking part in sexually assaulting Mari herself in the woods.

Far from an innocent bystander, she feeds into rape and rape culture along with the male company she keeps. 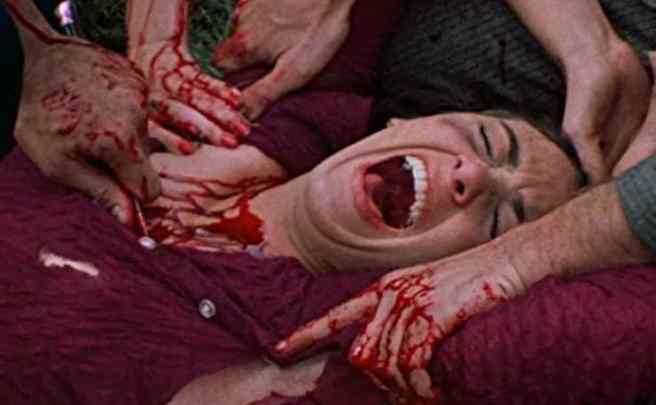 It’s also quite possible that Sadie is used to lure in potential victims, as the presence of another woman is often disarming to women. It gives them a sense of safety, and it something that a lot of successful murderers and criminals have used to their advantage.

Karla Homolka comes to mind. Homolka aided her husband Paul Bernardo in his sexual assaults and murders of young girls and often used her presence as a way to put potential victims at ease. To make matters even worse, Homolka aided Bernardo in the rapes as well as the murders. Another similar instance in which a woman’s presence was used to give a victim a false sense of safety was the kidnapping of Colleen Stan. Stan only accepted a ride from Cameron Hooker because his wife and baby were in the car.

There’s something inherently heinous and disturbing about women like this who cause as much damage to other women as they men they socialize with. 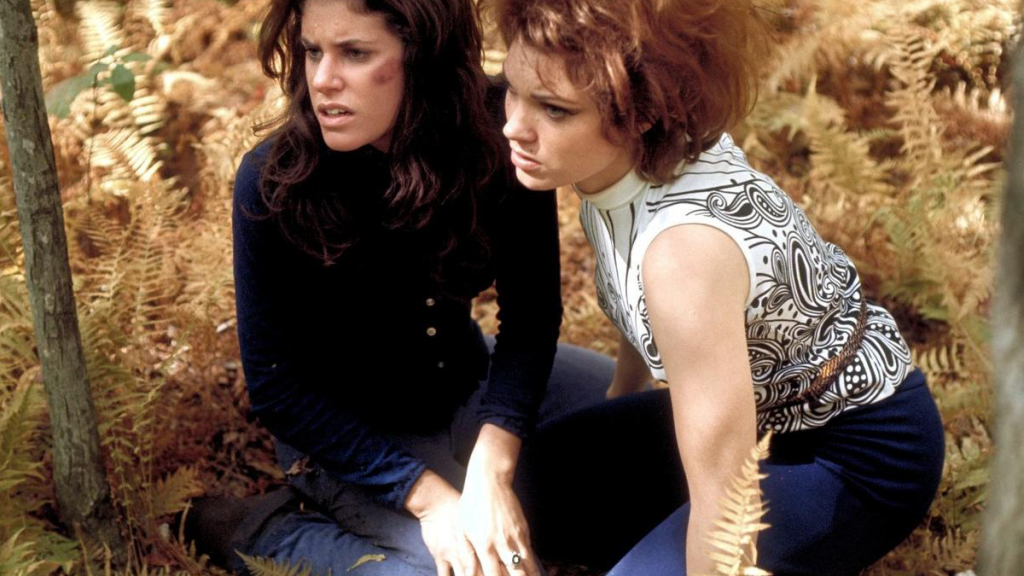 Take Ghislaine Maxwell, who is very much a real life version of Sadie in her own right. Maxwell became a close associate of Jeffrey Epstein. The nature of Maxwell and Epstein’s relationship remained a mystery to the public at the time — in the same way the viewer is unsure of Sadie’s ties to Krug and Weasel, outside of their shared taste for depravity.

Maxwell and Epstein were heavily involved in the sex trafficking and sexual abuse of underage girls. Watching The Last House on the Left in the wake of Maxwell’s arrest causes the movie to have a particularly rattling impact. Women who purposefully inflict harm on young girls that they should be going out of their way to protect is a sad reality — and not just a fixture of fiction.

When women participate in violence against women, it feels like its own deeply insidious form of betrayal. This is why, from a feminine perspective, parts of The Last House on the Left make for a hard watch.

It shows a harsh reality that it’s not just men but also women who will brutalize other women for their own sick pleasures and selfish gains. 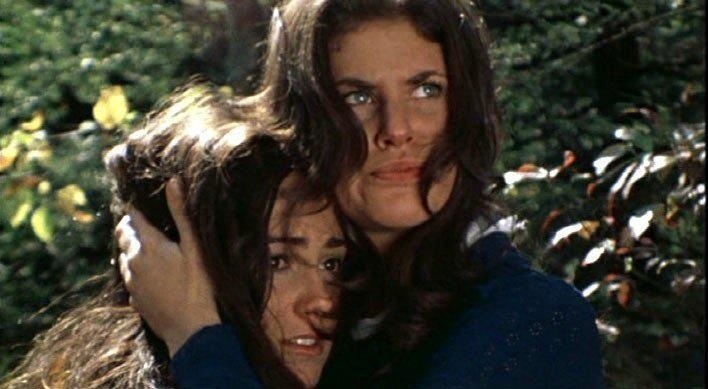 Sometimes this brutalization is subtle. For instance, take a white woman who claims to be a feminist while wrongfully lambasting a Black woman for simply expressing her opinion, or a cis woman failing to acknowledge and advocate for the rights of trans women. In this form of violence, women marginalize other women and fail to support them against a system that seeks to maintain control over them.

It’s not unusual for women, in an effort to gain power or acceptance, to align themselves with systems, such as patriarchal misogyny and white supremacy.

I for one have no doubt in my mind, had the criminal trio survived the events of The Last House on the Left, Sadie would have found herself eventually ripped apart by Krug or Weasel in one fashion or another when her mere presence didn’t serve them any longer. It seems nonsensical and detrimental to align oneself with those that don’t value you in order to gain a little bit of leverage, when at a moment’s notice those people could easily turn on and destroy you.

Sadie will always remain fascinating for the simple fact she represents an ugly part of womanhood that is often swept under the rug. 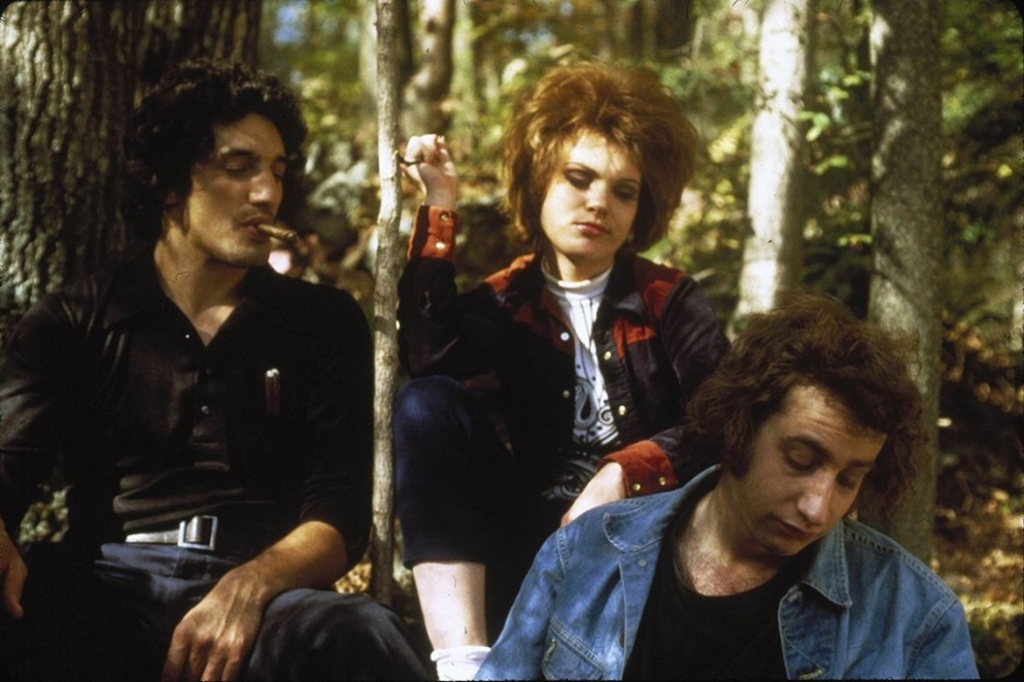 Women who choose to align themselves and participate with men and systems in life that cause irreparable harm to other women are a depressing facet of real life. It’s an uncomfortable topic to discuss, the way women so often feed these outdated and patriarchal systems that harm women. But it’s also a necessary discussion.

It’s an important reminder that the fight is not women against men, or vice versa. The fight always has been, and always should be, about all of us (men and women) fighting against a system that seeks to harm, undermine, devalue, and exploit women.

The Last House on the Left worms it way under the viewer’s skin in so many horrifying ways. But as a woman, Sadie — her mere presence and unmitigated glee — will always strike particular terror in my soul.

For more meditation on this topic in real life as well as horror, please see my analysis of the 2019 version of Black Christmas.