If you haven’t seen “Z”, the frighteningly unique film about a child’s dangerous imaginary friend and a mother’s secretive past, now is the time.

When I was a little kid, I didn’t have an actual “imaginary friend”, but I did have a stuffed rabbit named Red Red, who I talked to and carried everywhere. That is until a group of bullies at my kindergarten threw him over the fence into a neighbor’s yard. After that, I left him at home, in fear of his little red life.

I eventually grew away from the need to have him 24/7, mostly because I made real friends. Tattered and full of holes from all the love he got, I have always wanted to believe that he went the way of the bunny in The Velveteen Rabbit who became real and went off with new rabbit friends. He was very real to me.

Brandon Christensen’s Z features an imaginary friend who becomes a dangerous and evil reality, and we discover what can happen to a family when there is a destructive force this terrible in your house.

In Z, the audience is left to decide what has transpired.

Is Z real, or are a mother and son victims of their own nightmarish imaginations? 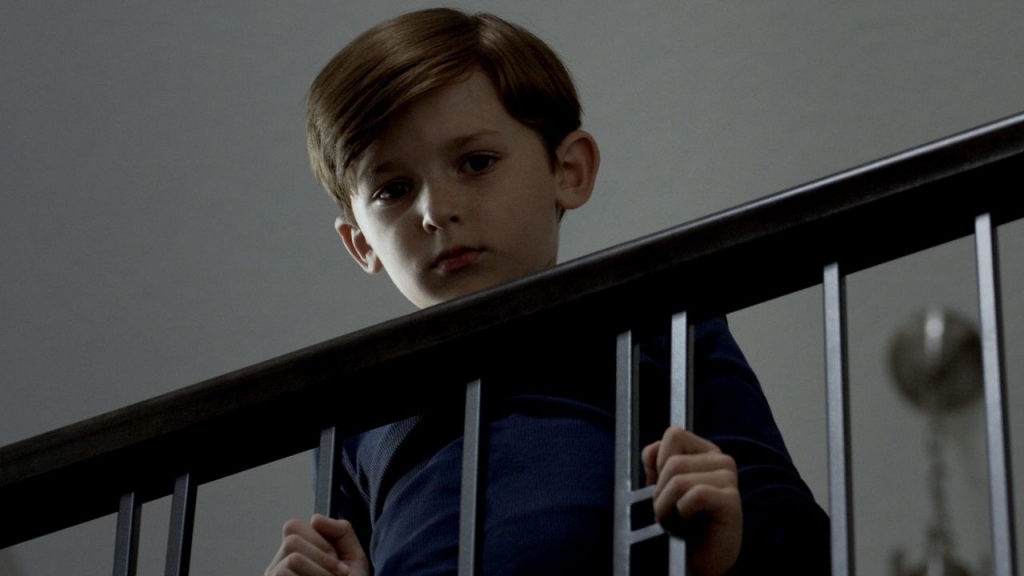 Synopsis
When Beth’s son Josh, brings home an imaginary friend named Z, she becomes concerned that he is falling too deep into a world of make-believe. He starts to display extremely destructive behavior, blaming Z for all his actions. But after he gets kicked out of school, Beth is forced to find a solution. She medicates her son, against her husband’s will, making Josh unable to see his imaginary companion. But now Beth sees Z…and he wants to be her friend.

Josh Parsons (Jett Klyne) is a sweet little boy who spends most of his time playing alone at home. At first, his parents Beth (Keegan Conner Tracy) and Kevin (Sean Rogerson) aren’t worried when Josh starts to mention his new friend Z. He seems to have fun with him, and they see a joyful little boy playing happily.

After a while though, they notice Josh’s personality change for the worse.

Z is a pretty demanding guy, drinking only 2% milk and getting angry if the crust is not cut off his sandwiches. He also likes the bedroom his way at night, and now Josh only sleeps with the door closed, because “Z likes it dark.”

This is where I started to get the chills. 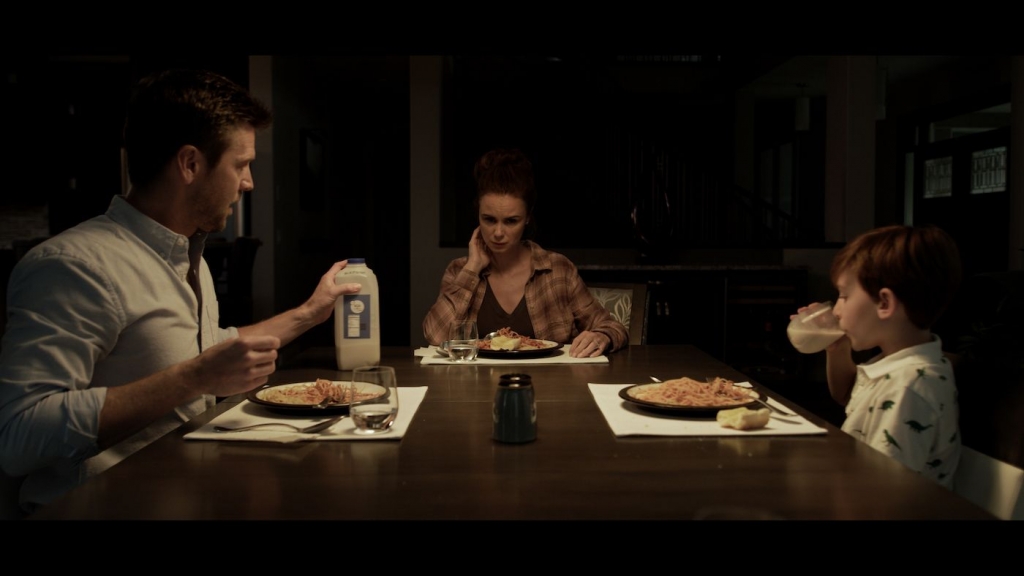 I knew Z was not going to turn out to be a cute, fun little rabbit, but rather an oppressive and cruel entity.

When Beth hears from all the moms that no one wants to be friends with her son at school, she talks to the teacher and finds out that Josh has indeed become a child to fear. At first, her hubby hid this from her, throwing away notes that came from school about his behavior, because his feeling was, “Boys will be boys.” After a tragic incident at a playdate (I’m not going to spoil it, but I jumped out of my chair on this one) that leaves a little boy injured, Beth realizes that Josh is going to need some professional help.

Since Josh is now suspended from school, the Parsons take him to see a child psychologist, who apparently saw Beth as a child too. This is not something Beth remembers, but when Josh mentions his friend Z to Dr. Seager (played perfectly by horror veteran Stephen McHattie), we see the doctor’s reaction and know there is more than a simple bit of imagination going on here.

Dr. Seager suggests that Beth spend more time with Josh because he is lonely, and that loneliness has prompted him to create Z. Although it’s clear that just the mention of Z reminded the doctor of something else, something much more sinister.

So, let me backtrack a bit. Why was Josh so lonely? 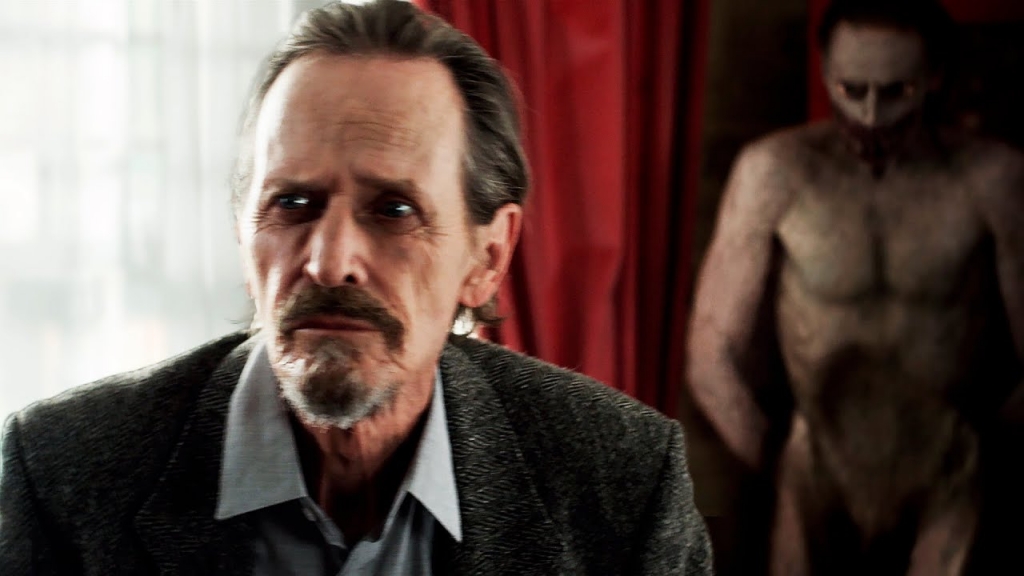 Kevin works a lot, and Beth was dealing with the emotionally draining job of caring for a dying mother. She gets no help from her sister Jenna (Sarah Canning), who seems to have a drinking problem and can’t deal with mom at all. When their mom dies, Beth is forced to do all the work, while Jenna cries and gets drunk. It is obvious, before and after the mother dies, that Beth was not fond of her, leading me to feel like she may have been abused as a child. She has that fearful way about her, and I wondered if maybe her father, who committed suicide many years ago in this very house, could have been the abuser.

Beth is a profoundly serious person — having fun and playing are difficult for her. Is Z something she made up as a child, to protect her from the abuser? Does mental illness run in the family?

The standout part for me of this film is the transformation from Z being Josh’s friend and the discovery that he may have been Beth’s imaginary friend first. As Z becomes more possessive and violent, we see Beth’s maternal instinct kick in and she does whatever it takes to protect her son, even if that means her own self-destruction.

Her metamorphosis is truly captivating (in a very creepy way), and I loved Keegan Conner Tracy’s emotional and physical performance.

The well-done pacing had me clinging to the edge of my seat, and the scares came from many different directions.

Z is an intense film that I felt the need to watch a second time, so I could wrap my head around what just happened — especially in the third act. Top-notch acting, a creative and terrifying monster, and an unexpected ending made this a film that I could watch again and again.

Who or what is Z? Well, as with all imaginary friends, he is whatever you want him to be. Enjoy!

In addition to Shudder, Z is available on VOD, Digital HD*, DVD and Blu-ray on September 1, 2020, from RLJE Films.

*Additional Release Details
The Digital HD release will include an iTunes Extras package that features an audio commentary with director Brandon Christensen, Behind-The-Scenes interviews with the cast and crew, never-before-seen deleted scenes and outtakes, and an insider’s look at the music, the incredible VFX, shooting with an actual train and how the filmmakers achieved the notorious “Stair Scare.”