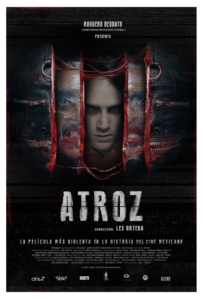 A woman has been brutally struck down by a car and the two drivers have been obtained by the police. The unorthodox commander-in-chief decides to check out the assailant’s car for himself and makes a gruesome discovery on a camcorder. The video recorder features the relentless torture and murder of a prostitute. The police decide to deal out some justice of their own — justice that would make even the criminals cringe — by interrogating their perpetrators, they discover more videotapes exposing even more sexually deviant torture and murder. 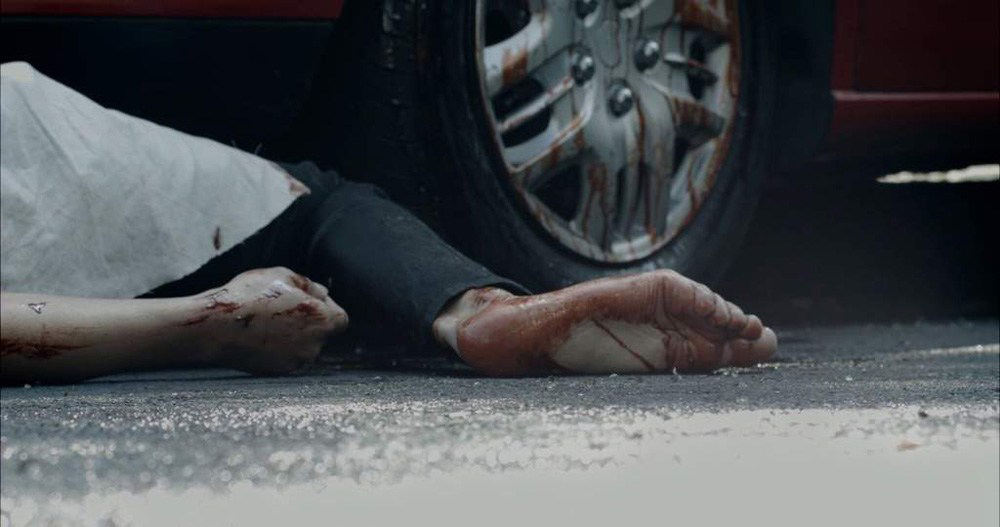 Part of what helps to drive Atroz is the ability to equate it to modern day problems, in particular the horrific murder rate and the staggering amount that are never solved in Mexico. The other part of the equation is the use of handheld media and how it has consumed us. Blurring the lines of distinction of feature film and “found” footage, Ortega’s nightmarish vision is equal parts brutal, sickening,terrifying and numbing. 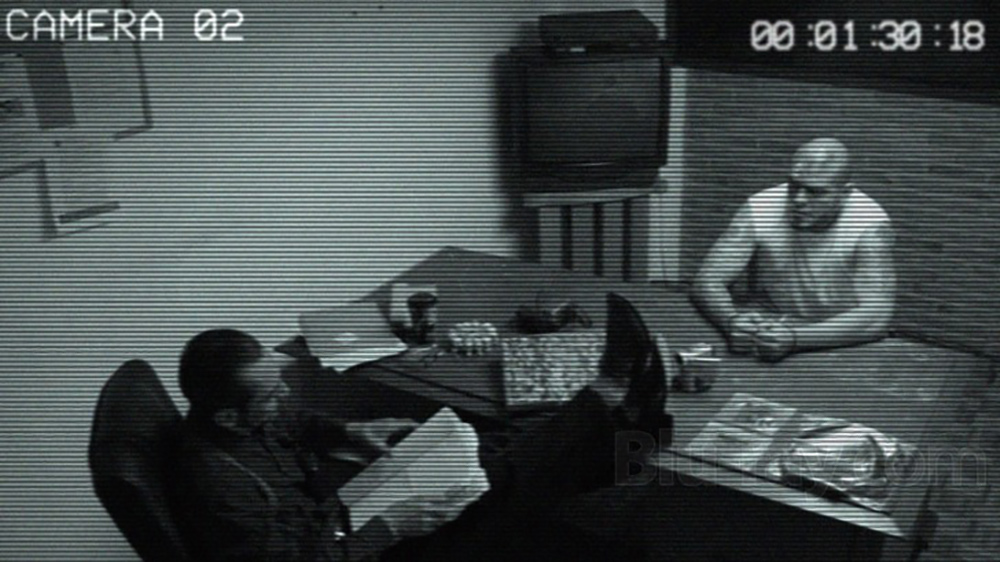 Adding to the mix is the horrific twist near the end and how much it mirrors events going on in the world today. The film’s story and shooting style makes it entirely plausible to believe that something like this exists in the world today and that we simply have not seen it released to the general populace.

While the found footage era of film making is something that is not new, when done correctly it certainly brings something different to the table. I found it interesting that Deodato was a producer on this film and how his own film Jungle Holocaust is effectively mirrored by Ortega. While Deodato’s film was WAY controversial for its time and resulted in him being charged with murder (later dropped after the actors appeared on Italian television), had Atroz been released any time before this, I could see the same thing happening. 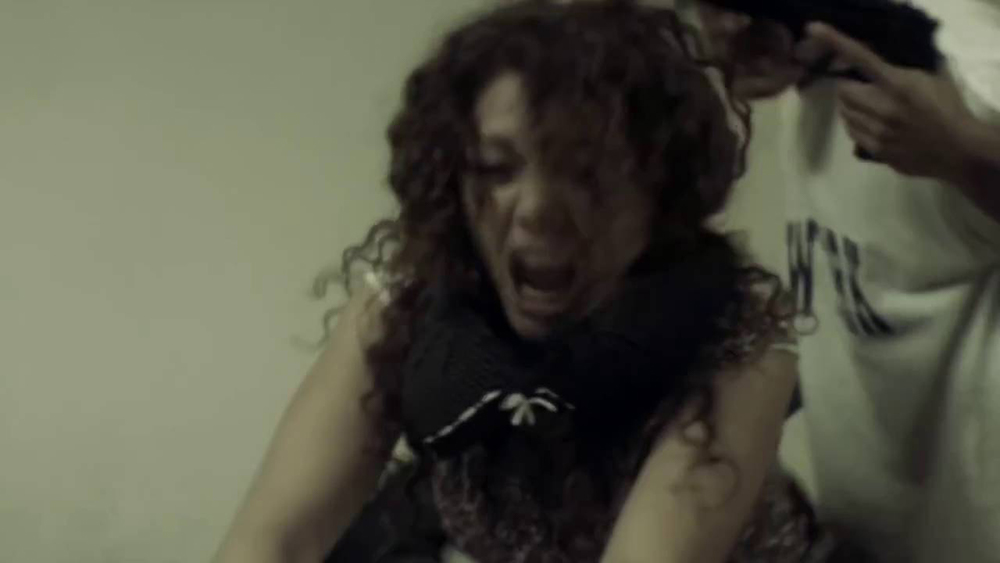 The sheer depravity of the violence and genius camera work would certainly lead on to believe what they were see was real.

Atroz certainly has comparisons to other genre fare such as Guinea Pig: Flowers of Flesh and Blood (1985) and Guinea Pig: Devil’s Experiment (1985) (ironically enough, both released by Unearthed Films). The realistic nature of the FX work and the grainy quality of the footage almost breathlessly leaves you asking if it was all real, certainly a testament to the artists that created the FX. 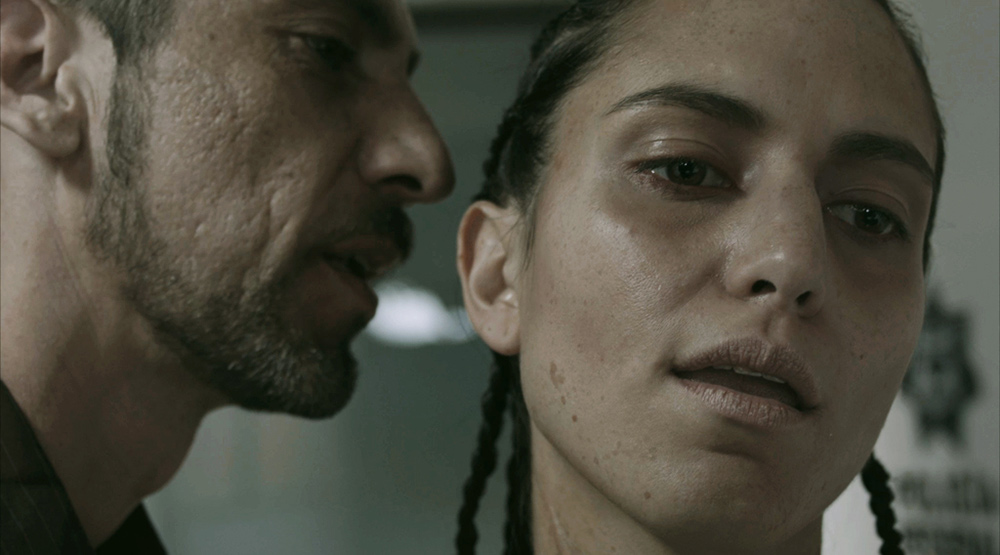 Now the question that will come from a piece of work like this is…did it go too far? Considering the real life atrocities that go on today, I find the answer to be no. While arguments can be made about whether Ortega was making any kind of real political and/or social statements with his film, or if he was simply trying to be as disgusting and vile as he he could be and label it as art, is open to the viewer to decide.

To be fair however, I do think it should be pointed that I do not find the film to be misogynistic in any fashion. All three of the taped murder sequences cover the spectrum of the ever sliding gender scale. The first deals with a transgender man/woman being violently beaten and killed, the second has a young female being brutally beaten, stabbed and then raped until her death and the third telling the tragic story of a young man being sexually humiliated by his mother and father, leading to their gruesome deaths. 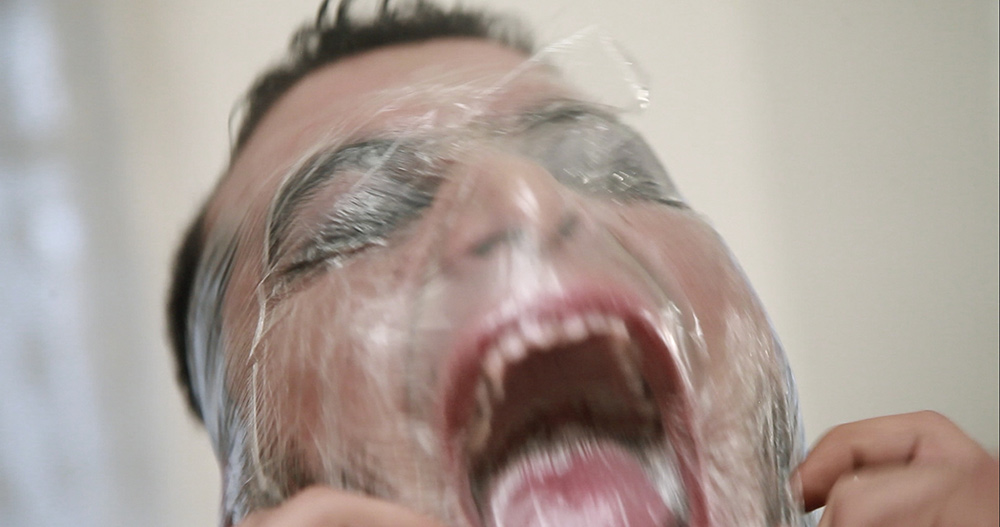 If anything, Atroz shows that these horrific crimes can happen to anyone, regardless of gender lines or upbringing.  The film even hints at the open corruption of the government and the fact that they may have even been involved in the entire process.

Stephen Biro and Unearthed Films once again brings us something that will haunt your memories and darken your soul. We often find it difficult to believe that such dark corners exist in humanity, both in the arts and in real life, but Ortega masterfully weaves both sides together to give us something that is both thought provoking and utterly chilling at the same time. 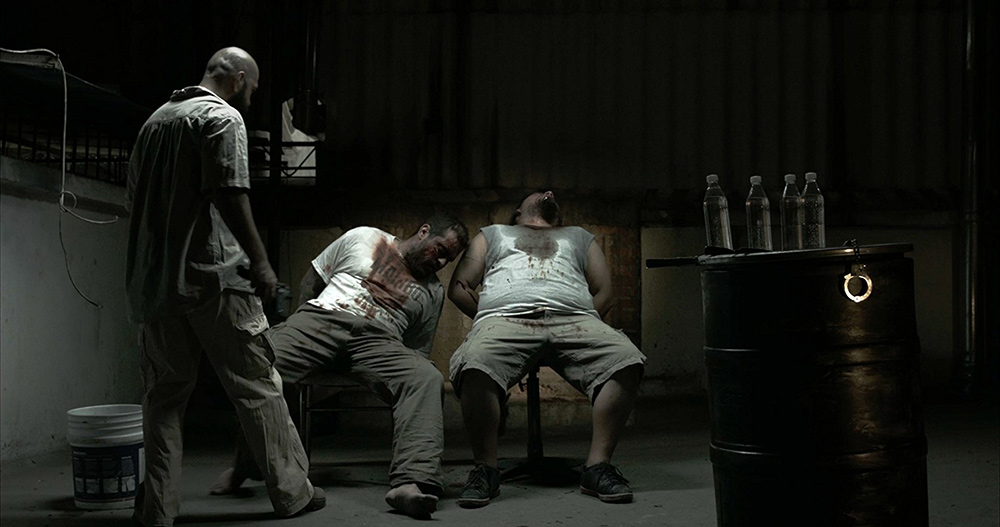 The political/social subtext is something that may be lost to many, as they may view it like films such as A Serbian Film (2010) and Nekromantik (1987), regarding them as nothing more than grotesque titillation and a way to spread the director’s perverse way of thinking. However, what should not be lost is the fact that these films have a way of approaching traumas in life like no other: head on.

Life is not clean, and not everything has a happy ending. Certainly, watch at your own risk and know that you are heading for realms not seen everyday, but keep an open mind and realize that what you see is more of a reality for some people than others. Personally, I find ATROZ to be a genius piece of film making that should spark conversation and careful introspection!