Atroz will shock audiences with its utterly ghastly imagery and savage violence — but what lies beneath the film’s brutal exterior? 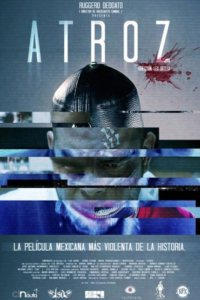 Directed by Lex Ortega and produced by the legendary Ruggero Deodato (Cannibal Holocaust), Atroz is a mostly found-footage horror and exploitation film that plumbs the depths of human savagery and hardcore violence in nearly every scene. Shootings, dismemberments, beatings, rape, necrophilia, and more — just about every vile and sickening scenario one could imagine, this grisly film has it in spades.

But were the filmmakers attempting something beyond the graphic bloodshed and disgusting imagery? Is there a reason to seek out Atroz other than out of morbid curiosity?

The story takes place in Mexico, but there are no sunny beaches or sapphire-blue oceans here. Ortega’s Mexico is a cesspool; the streets are overrun with garbage, traffic jams, prostitutes, thugs, and drug dealers. 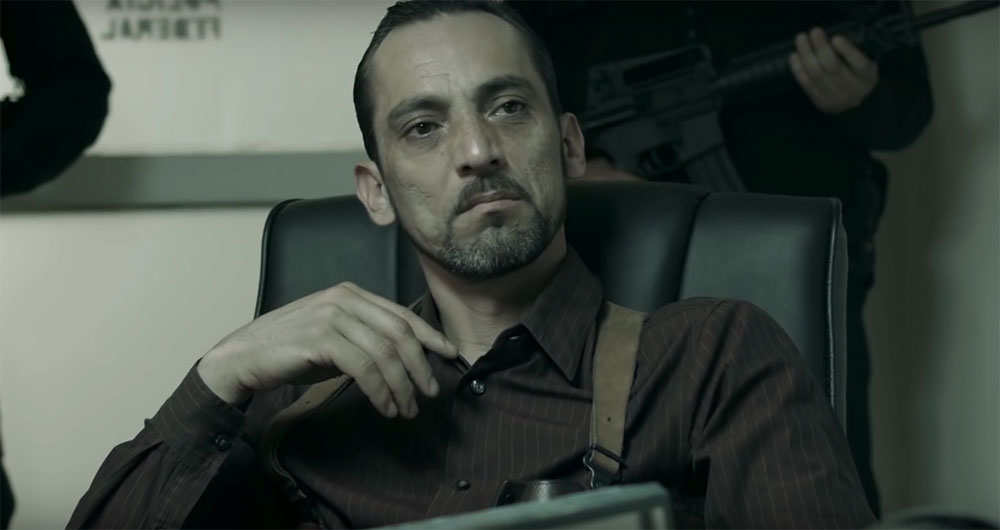 When rugged detective Juarez (Carlos Valencia) investigates a brutal car crash, he discovers a camcorder in the glove-box. As the two men suspected for causing the collision wait in a patrol car, Juarez plays the tape inside the camera.

And as the found-footage narrative begins, so do the relentless scenes of mind-numbing horror.

In a scene that increases in intensity with each passing minute, the first portion of the tape depicts the torture and execution of a prostitute. As the two men from the car crash commit numerous unspeakable acts against a defenseless person, audiences begin to realize…this is only the beginning. 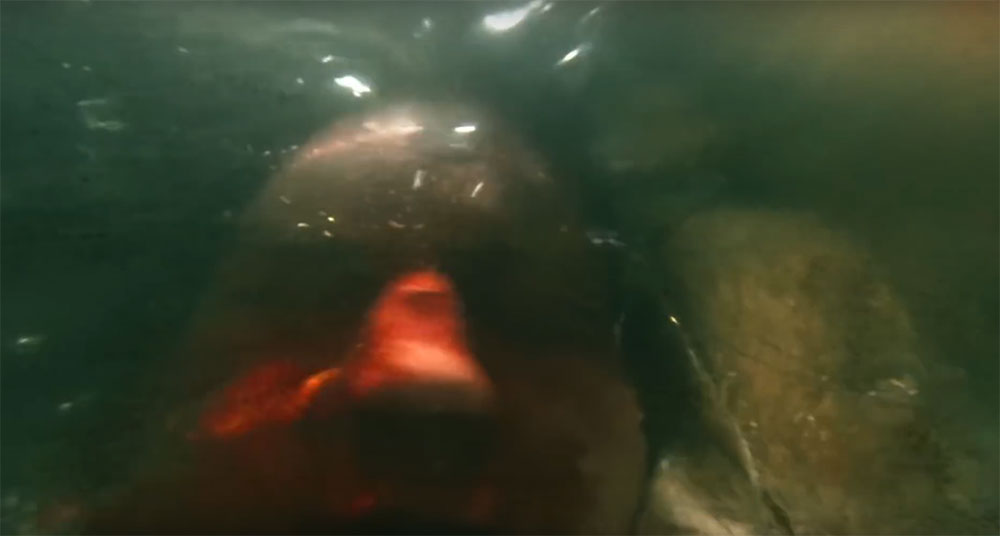 Indeed, ‘Atroz’ never really lets up, presenting to viewers a world of deranged and depraved violence that only sickens as the meager plot of the film begins to take shape. That the majority of the scenes depict graphic sexualized violence makes the picture even more disturbing.

But Atroz is more than just extreme blood and guts.

While many will be turned off from the film after the opening scene (and others will choose not to watch it all), Ortega (along with co-writer Sergio Tello) have more on their minds than simply grossing out the audience. The characters in Atroz are deeply wounded and broken, both physically and symbolically — and no one is exempt from the pain and ugliness of the world, especially when that world is mired in poverty, neglect, and family dysfunction. 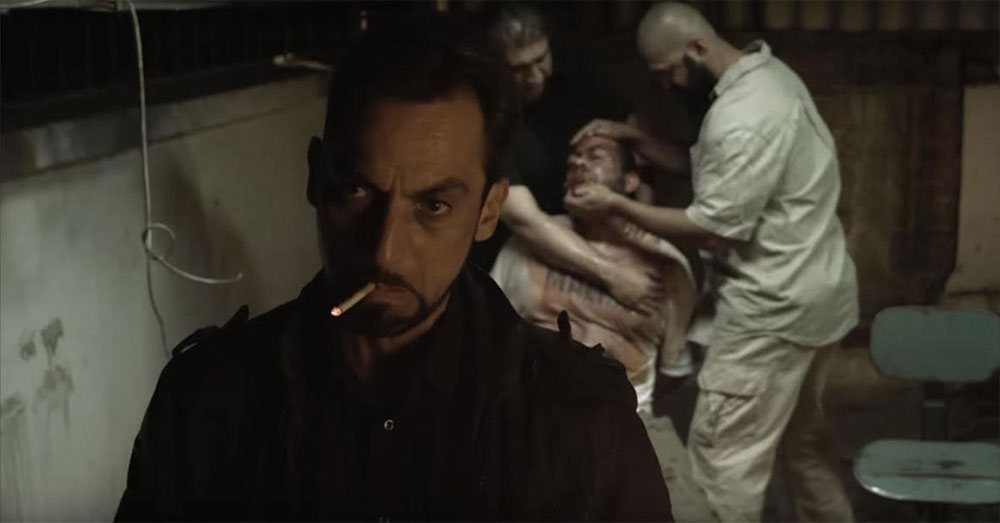 What struck me most about the characters in the film was the utter lack of love and compassion in their lives, especially from those who should be most inclined to give it to them. The film is not heartless, but it depicts people who are — and the message seems to be that the only way to survive a bleak existence is to fight back with as much cruelty and hatred as one’s damaged heart can muster.

From a technical standpoint, ‘Atroz’ impresses with special and practical effects that are gut-wrenching in their realism. The team of Jaime Lopez and Alfredo Olguin outdo themselves with effects that show incredible talent and dedication; meanwhile, cinematographer Luis Garcia captures the action with excruciating close-ups and detail. 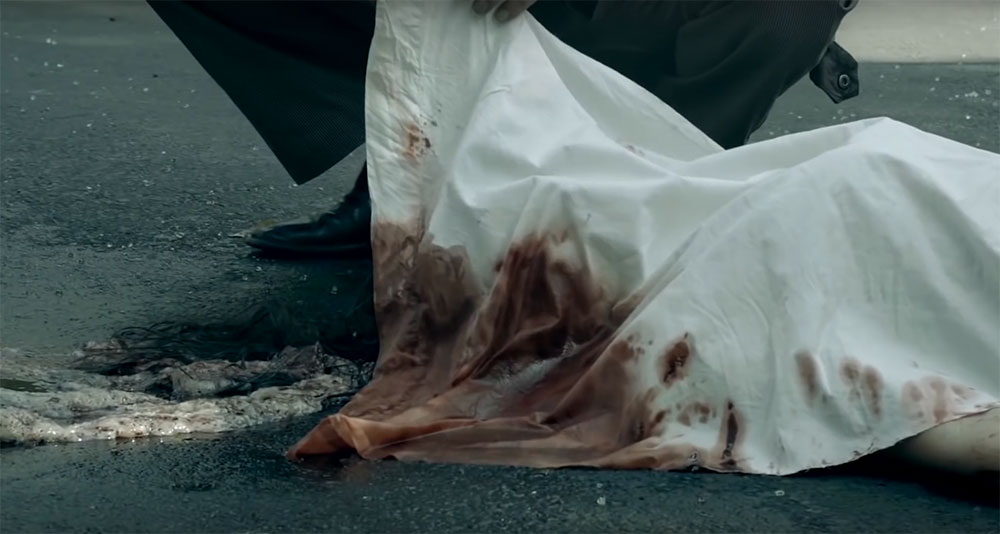 One of the most chilling scenes involves no outright violence at all: as a forensic technician gathers evidence from a gruesome murder site, Garcia’s camera moves delicately throughout the scene, taking its time, allowing the technician to complete his work in near total silence. With every horrible item that the technician collects and places into a plastic bag, the audience shudders to think of the horrors that befell the victim. It’s a creepy, sublime moment in a movie that is often loud and excessive, but nonetheless effective.

Atroz is now available on a Blu-Ray and DVD combo pack from Unearthed Films. Watch at your own risk, but don’t forget to consider some of the film’s more resonant themes.

(Warning, the trailer below is the extreme version and may be too intense for some viewers.)