On the 49th anniversary of Roe v Wade — a law that may not live to see its 50th — I watched the Netflix documentary “Reversing Roe”. 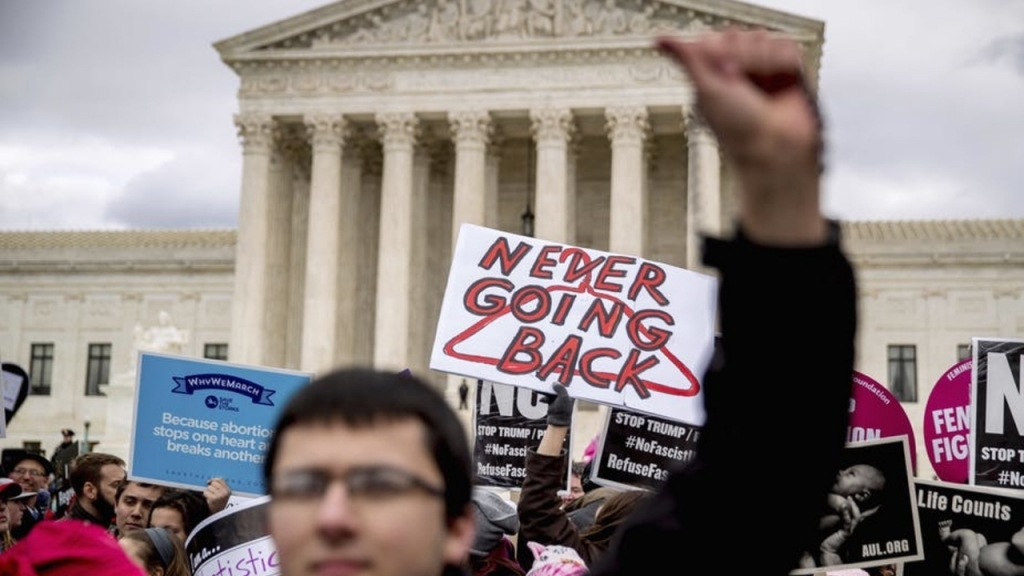 “1 in 4 women will have an abortion. Abortion is just healthcare.” – Dr. Colleen McNicholas

The Supreme Court declared abortion legal 49 years ago in Roe v. Wade. Since that time, it’s been a ruling under continuous siege and has become a bedrock of conservative politics, with many politicians running — and winning — on a platform of terminating a woman’s right to make decisions governing her own body.

Though Roe v. Wade has been the law of the land for five decades, endless legal challenges and increasing restrictions have steadily chipped away at women’s access to abortion. Now, most legal scholars agree that it’s unlikely this landmark case will see its 50th anniversary.

In December of 2021, the conservative Supreme Court heard arguments in a case that would effectively end national abortion access and give states the right to outright ban abortion with no exceptions. A decision on the case is expected in June or July of 2022, but the Court has already signaled its willingness to put abortion restrictions back in the hands of the states, having recently (and repeatedly) allowed the nation’s most restrictive ban on abortion to stand in the state of Texas.

It’s telling that Texas would be the first to usher in a new era of restrictive abortion access given the role the state played in Roe v. Wade.

In 1970, Jane Roe (a fictional name used in court documents to protect the plaintiff’s identity) filed a lawsuit against Henry Wade, the district attorney of Dallas County, Texas, where she resided, challenging a Texas law making abortion illegal except by a doctor’s orders to save a woman’s life. In her lawsuit, Roe alleged that the state laws were unconstitutionally vague and abridged her right of personal privacy, protected by the First, Fourth, Fifth, Ninth, and Fourteenth Amendments.

The Court was asked to consider the following question: Does the Constitution recognize a woman’s right to terminate her pregnancy by abortion?

In a 7-2 decision (from a conservative court), the Court ruled that inherent in the Due Process Clause of the Fourteenth Amendment is a fundamental “right to privacy” that protects a pregnant woman’s choice whether to have an abortion. A state law that broadly prohibits abortion without respect to the stage of pregnancy or other interests violates that right.

If the Supreme Court decides to flip Roe, states would be able to outlaw abortion. And, with 26 states already poised to ban abortion, the ripple effects of the case could be enormous.

In the Netflix documentary Reversing Roe, filmmakers Ricki Stern and Annie Sundberg chronicle the history of the ongoing battle to overturn Roe v.Wade and the efforts to wield this controversial issue as a political tool. 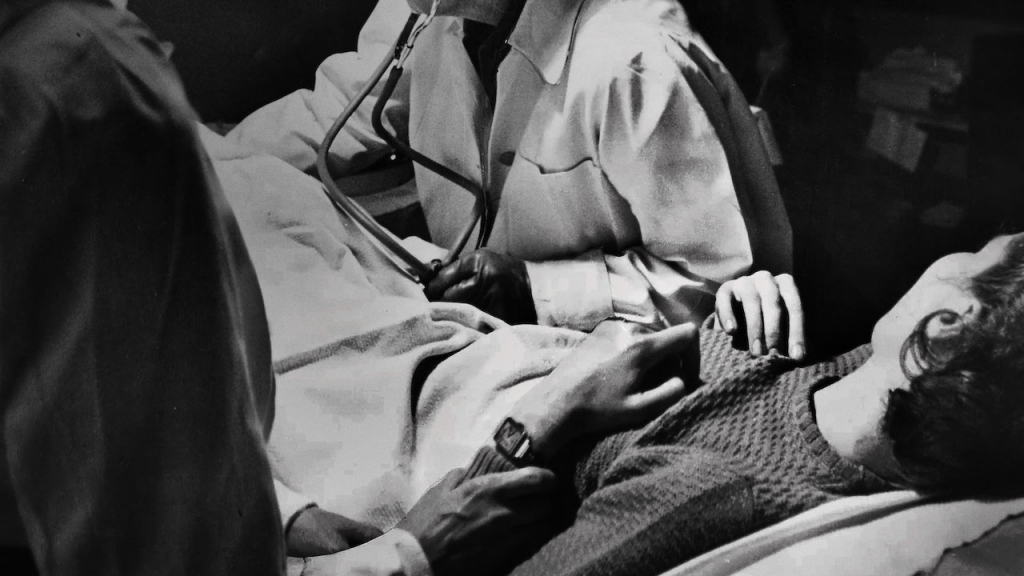 Through the prism of the landmark Supreme Court decision, the film explores a 45-year history of political and social events that changed the abortion debate in the country and allowed religious groups to influence the government. Through more of a cerebral rather than an emotional approach to storytelling, the documentary uses news footage and current interviews on both sides of the debate to convey the magnitude of history leading up to the present day.

It attempts to answer the question, “With abortion rights hanging in the balance of the Supreme Court, what’s really at stake?”

Nothing in the documentary is truly surprising — especially for those who care about this issue (whether for or against) and have actively followed efforts over the years to reshape the legal framework in America. But that doesn’t make it any less impactful. The facts are sobering, even if you’re already familiar with them.

Even before Roe v. Wade, rich (predominantly white) women could secure access to safe abortion. And, if the protection of the law is removed, the wealthiest women will still have options. Those who have the means to travel to states without restrictive abortion laws and pay for expedited access to care in an overburdened system will have options. But for lower-income women, disproportionately from black and brown communities, there is no choice — except the choice to either proceed with an unwanted pregnancy, despite limited means or support to care for the child once born, or seek out illegal and life-threatening access to an abortion.

Despite my familiarity with the subject, parts of Reversing Roe were eye-opening. 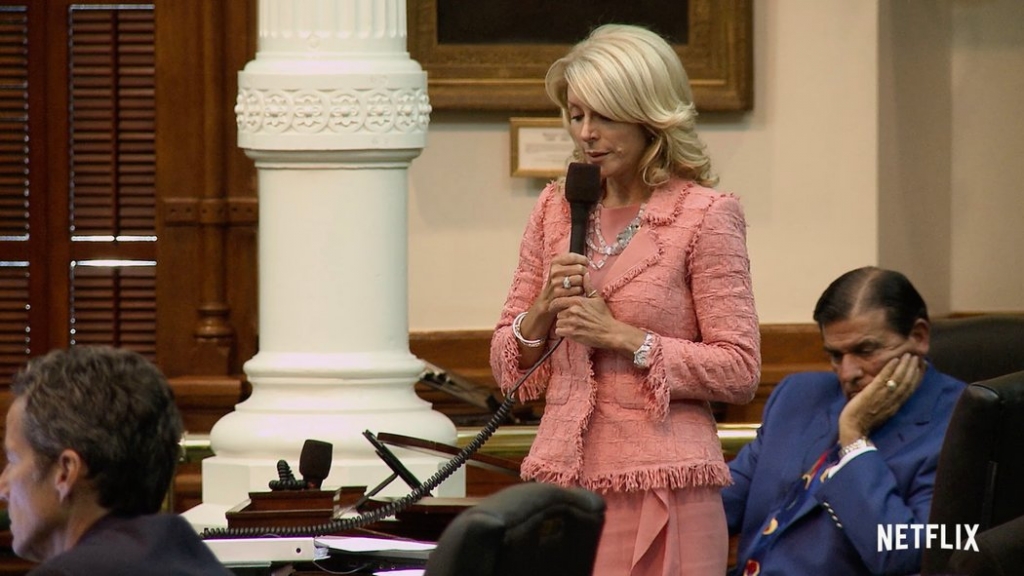 The interview with Reverend Tom Davis was especially thought-provoking.

Davis was a member of the Clergy Consultation Service, a group of ministers and rabbis who helped women find sympathetic doctors before abortion was legal. He explains how illegal abortions were rarely prosecuted at the time. But as soon as the laws changed, the backlash was swift and fierce. And a private choice became a political pulpit.

It’s shocking, in the best possible way, to hear a man who has devoted his life to religion pontificate on the toxicity of religion and the ways in which it is often wielded for evil and personal self-interest.

Starting in the 1980s, Jerry Falwell and other evangelicals made abortion an issue of morality that came to define the Republican party. However, as the documentary points out, it was originally the Republican party that was pro-choice; they were the party of individual liberty. It feels shocking now to learn that when the emergent abortion rights movement in the 1960s led to Roe vs. Wade, it was prominent Republicans and enlightened clergy who were at the forefront of abortion rights gains.

As the political landscape changed, members of the party who were once supportive of abortion rights — including Ronald Reagan (who, in 1967, signed California’s most liberalized legalization law while Governor of the state), George H.W. Bush, and Donald Trump — were forced to make hard-right anti-abortion turns before securing their party’s nomination. In fact, the dramatic reshaping of the Republican party into the Christian right “family values” party began with Reagan, who won a sweeping majority on the campaign promise to “make America great again”.

Through this historical lens, REVERSING ROE makes one point very clear. It was never really about deeply held religious and moral beliefs and always about power and control. Abortion became a moral issue when “morality” became political currency.

Reversing Roe is a warning, backed by a depressing historical timeline, about where we’re headed. 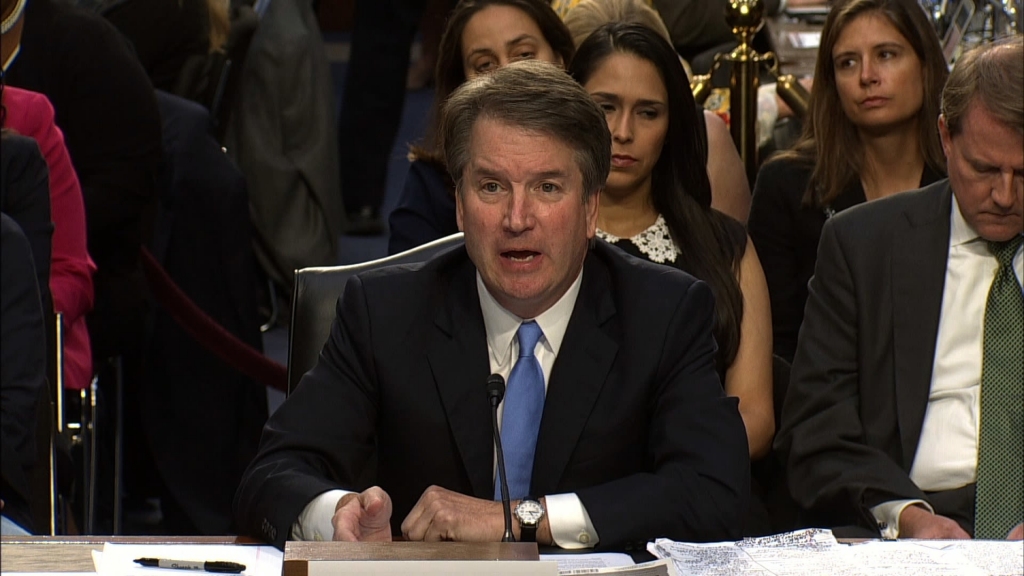 “The decision whether or not to bear a child is central to a woman’s life, to her well-being and dignity. It is a decision she must make for herself. When Government controls that decision for her, she is being treated as less than a fully adult human responsible for her own choices.” – Ruth Bader Ginsberg

In 1989, the conservative Supreme Court heard a case that many believed would overturn Roe v. Wade. The law was spared thanks to an unlikely hero, Regan-appointed justice Sandra Day O’Connor, the first woman appointed to the Supreme Court. During her confirmation hearing, O’Connor had made it clear that she was opposed to abortion. But when it came time to destroy legal precedent, she surprised the world by upholding the landmark ruling.

It was a moment of significant relief to many, but it came with a dire warning from Justice Harry Blackmun:

“Roe v. Wade is hanging by a thread.”

In one segment, reproductive rights lawyer Kathryn Kolbert discusses the impact of a case she argued in 1992, Planned Parenthood v. Casey. It was a case many anti-choice advocates hoped would put the nail in the coffin for abortion. It did not, but it did end up gutting Roe and making it far easier for states to restrict access to abortion. She points out that there is only one thing that really matters in the abortion debate, and it’s not women’s health or science.

The only question is, “Are there five votes to overturn Roe?”

The documentary was filmed just before the Senate’s vote on the Supreme Court confirmation of Brett Kavanaugh (though released after the die was cast), endowing it with a sense of urgency. During his confirmation, Kavanaugh was repeatedly asked if he would consider repealing Roe, a question he repeatedly dodged. But Trump had made it abundantly clear that, if elected, he would make it a priority to appoint anti-abortion justices to the Supreme Court.

Reversing Roe isn’t groundbreaking. It doesn’t approach the subject with any particular style or unique vision. It does, however, offer a solid and straightforward history of abortion rights in America — a history few fail to fully grasp. And in today’s America, where facts and foundational knowledge seem to be rare and precious commodities, it feels absolutely essential.

Though I fear those inclined to watch are those who are already paying attention — those who, in many cases, are already horrified.