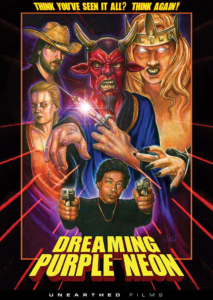 Dallas (Jeremy Edwards) returns home after years away to try to reconnect with his ex Denise (Eli DeGeer, CHINA WHITE SERPENTINE). Cat (Millie Milan HOUSE OF FORBIDDEN SECRETS) steals her boss Ray Ray’s (Antwoine Steele HOUSE OF FORBIDDEN SECRETS) stash of “Neon Purple” and goes to meet Denise at her boss’s office. Ray Ray and Tyrone (Ricky Farr) follow her there, looking for his drugs while a demonic cult is operating out of the basement trying to raise demons by using the drug to bridge the gap between the land of the living and Hell. 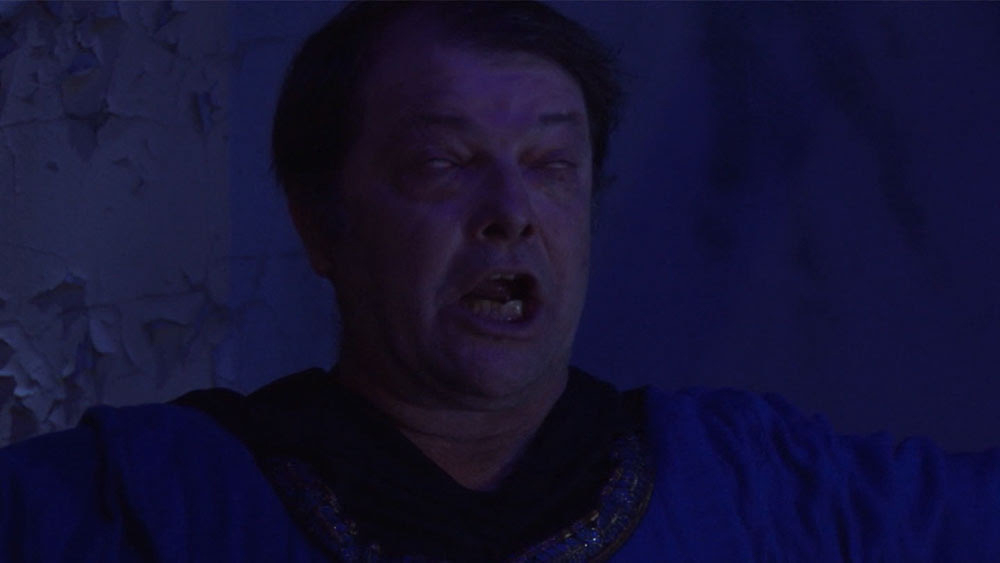 While that mash-up of genres seems overwhelming, Sheets manages to blend all of them together with clever camera work (going between clear, sharp modern techniques and the 70s Grindhouse style), a stunningly good score and soundtrack, as well as a sprinkle of comic relief that does not detract from the breathtaking pace. 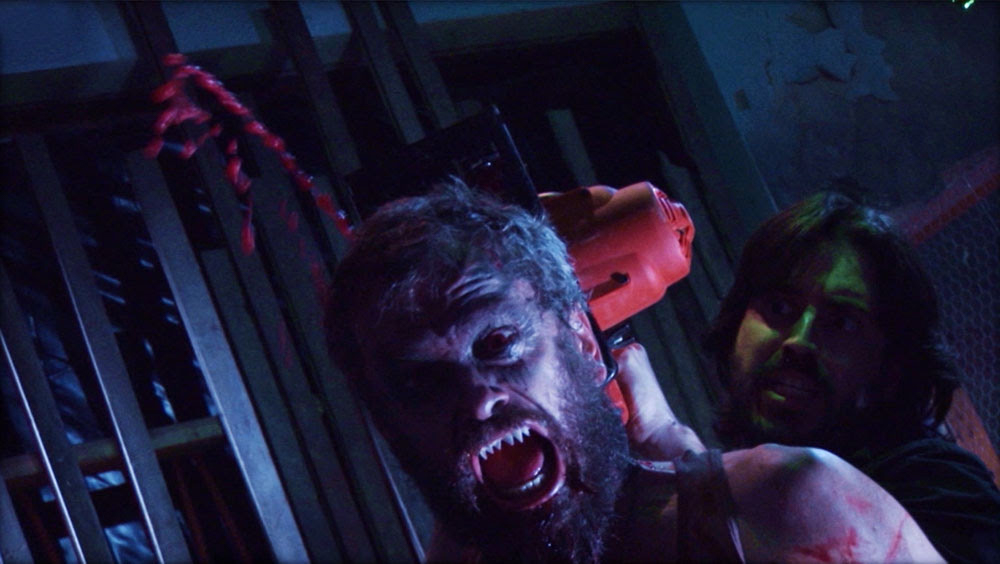 Keeping with all of those genres, Dreaming Purple Neon takes all of the tropes you would expect but manages to turn everything on its ear in a shower of blood, gore, demonic nipples and more nudity than you can shake a stick at.

The confined and claustrophobic set pieces draw a sense of tension, and the lack of fear in shocking the audience beyond expected capacity make this a curiosity that must be sought out and viewed with friends.

The cast members are a perfect blend and cross section of all the above mentioned genres. In particular, the characters of Tyrone Kane (Ricky Farr) and RayRay (Antwoine Steele) took me back to to legendary days of Blaxploitation films with their attitude and mannerisms being spot on. 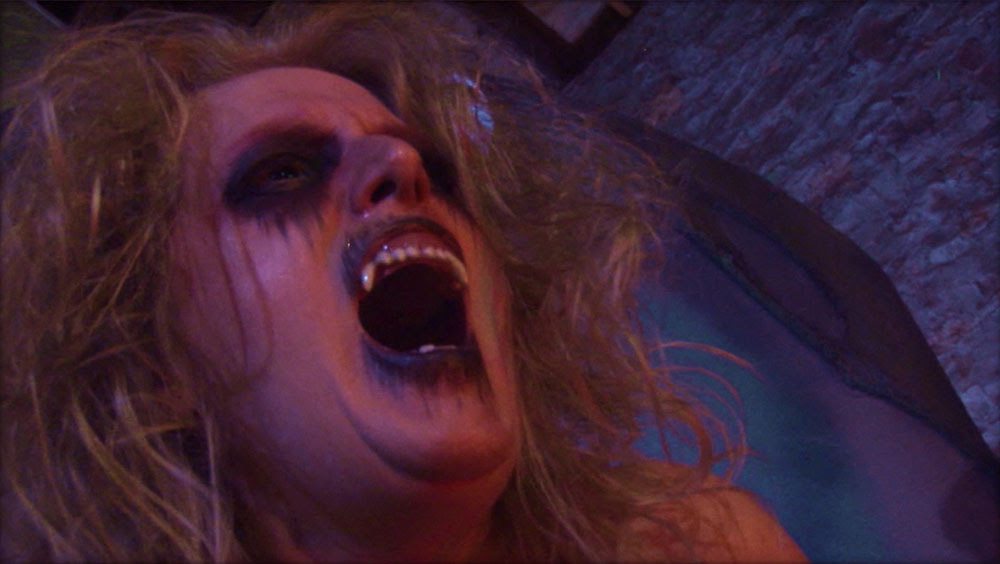 The lead characters of Dallas (Jeremy Edwards) and Denise (Eli DeGeer) play off of each other very well, making it easy to believe that their characters shared a lost love of one another. Jack McCord as the Satanic priest Cyrus Archer hams it up perfectly, disarming you with his slightly off performance that mixes a maniacal glee and leering perv element.

The rest of the cast rounds out nicely, keeping you from guessing exactly who will be the next one to fall victim to the demonic masses that serve Abaddon (Dilynn Fawn Harvey). That is another element Dreaming Purple Neon that comes across well: the demons/zombies. Their look harkens back again to that 70s Grindhouse/Horror style, not overly simplistic, but also not over complicated. Did I mention the demon nipples before? 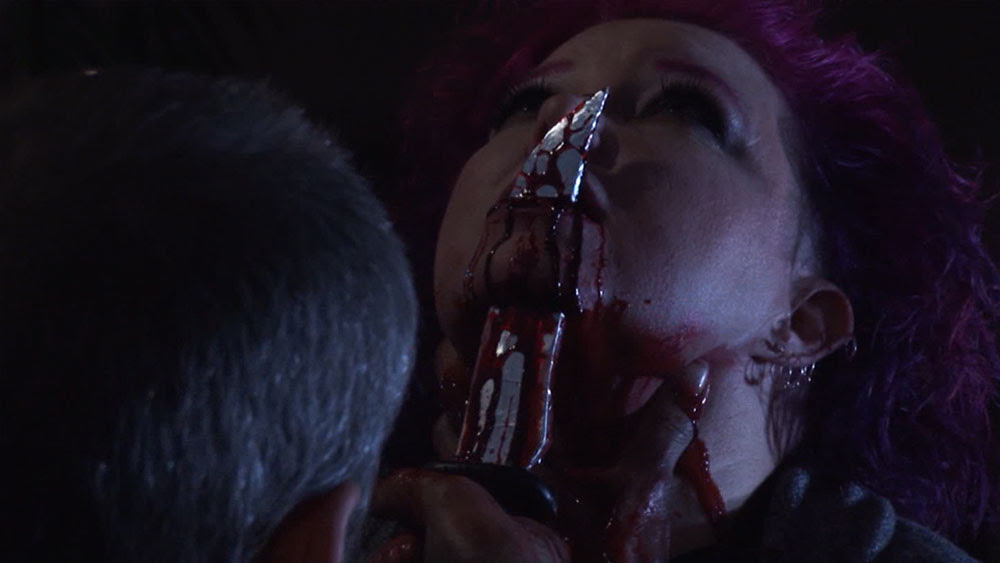 There is certainly plenty of shocking moments and highly effective Special FX. 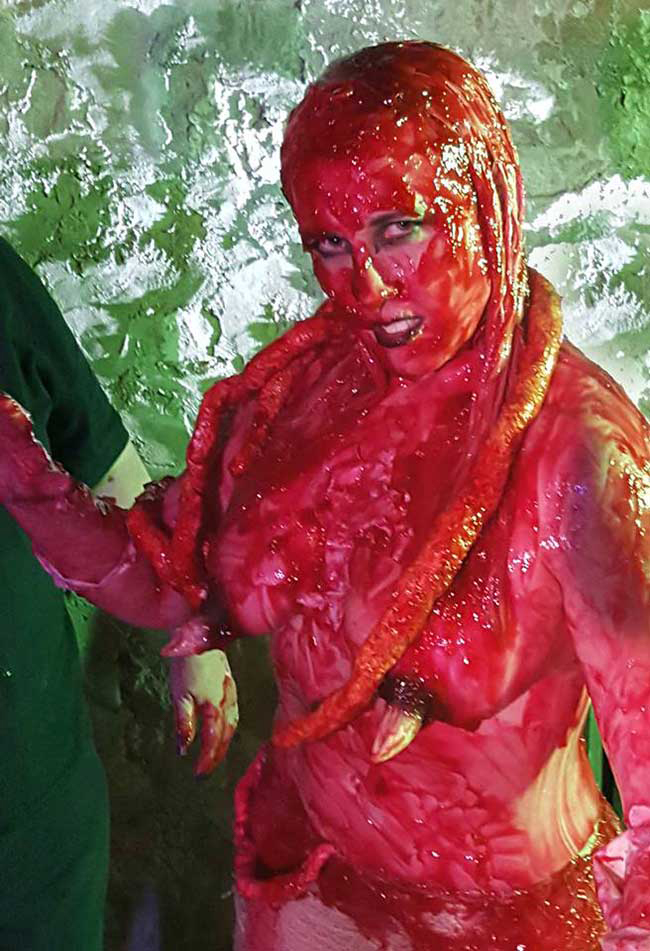 The Make-Up FX are quite effective as well. With daggers, axes, hammers, crowbars and power saws used without impunity against the entire cast, I can’t imagine how much blood was used during the filming of this project!  We see more intestines than I think have ever been seen in film history, and several scenes that contain flesh ripping and eating are quite grotesque and stomach churning.

As I touched upon earlier, the soundtrack rounds out Dreaming Purple Neon very well, with nothing out of place and fitting the mood of the scenes with clockwork precision.  The film has a nice twist at the end and make sure to watch through the credits!  Oh yeah, demon nipples! 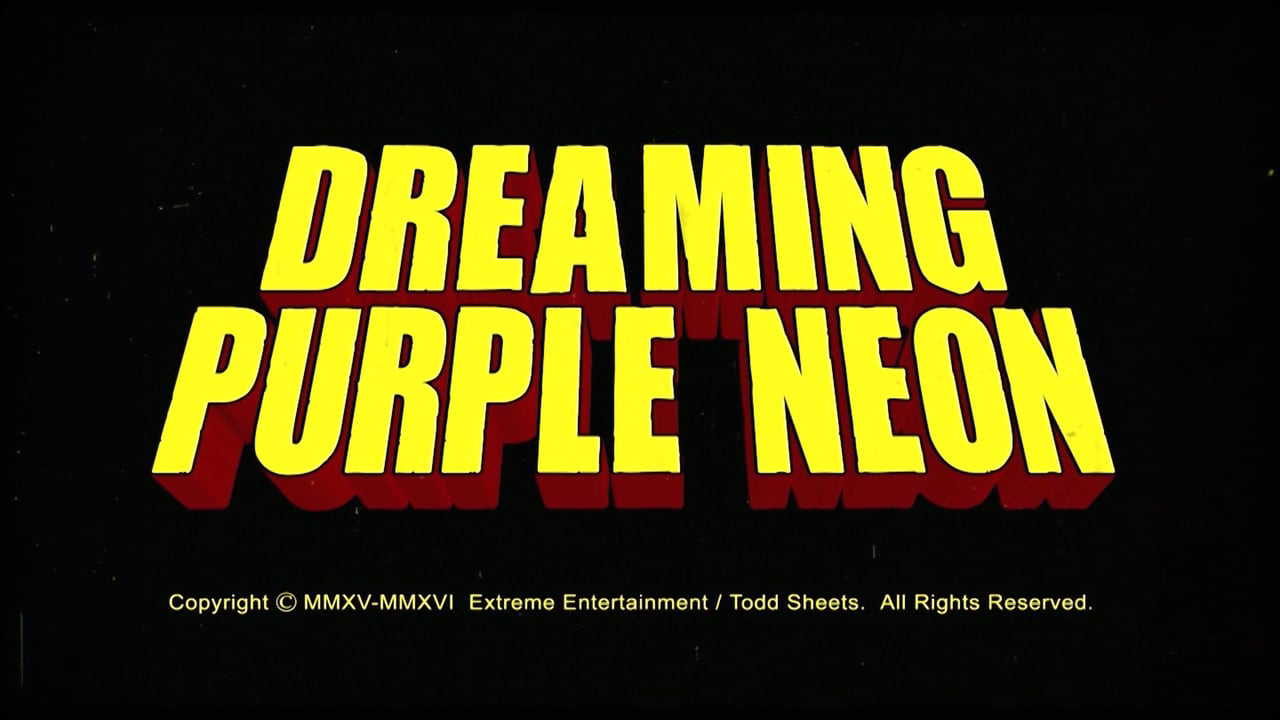 As a man who has never been afraid to bring the most extreme cinema to his audiences, I applaud Stephen Biro and Unearthed Films for picking this film up for distribution. Todd Sheets should also be lauded for making the film he wanted to make without worrying about audience fallout or fear of showing social taboos on the screen.

This is certainly not a film for the weak of heart or who are easily offended, but if you are willing to take a chance on a sick and twisted piece of brilliant Indie film making, then this is the film for you!  Get your friends and give them the shock of their lives!